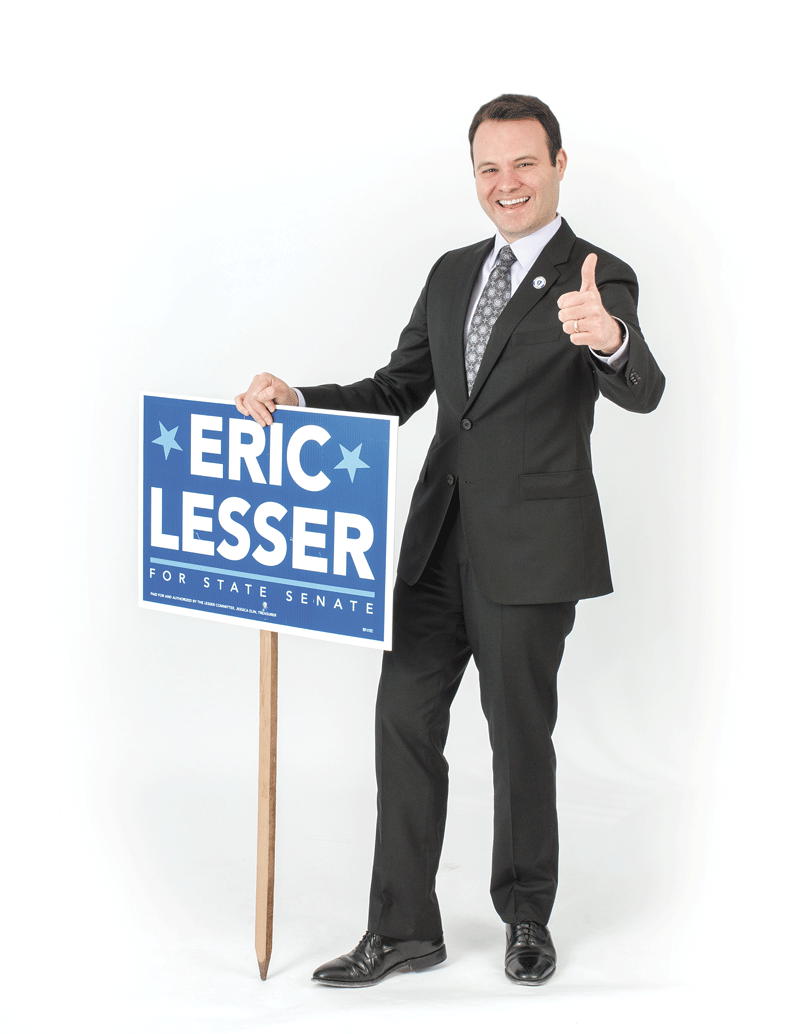 Eric Lesser likened it to being equipment manager for the 2004 World Series-winning Boston Red Sox.

Obama, Lesser, and the rest of the campaign team visited 47 states and logged 200,000 miles that year. Since then, he hasn’t traveled nearly as much, but he’s certainly covered a lot of territory, figuratively speaking.

Indeed, after forging a relationship with Obama’s eventual senior advisor, David Axelrod, during the campaign, Lesser went to work for him in the White House, occupying a desk just a few feet from the Oval Office during a critical, intense time in the nation’s history, one defined by the Great Recession and wars in Iraq and Afghanistan.

He would later become director of Strategic Planning for the White House Council of Economic Advisors before enrolling in Harvard Law School in 2011. As he pursued that degree, he became a father (daughter Rose is now 21 months old), was hired as a technical consultant to the HBO series Veep — “they’ll e-mail me scripts, and I’ll make sure everything sounds good and is realistic” — and eventually decided to pursue public service on another level.

Indeed, in the spring of 2014, he announced his intentions to seek the state Senate seat being vacated by Gail Candaras, and in November he triumphed in a hard-fought election, becoming the youngest of the state’s 40 senators.

Today, Lesser is focusing his efforts on the issues that dominated his campaign, the battle against opioid abuse — he’s been named to the Senate committee addressing that issue and has written several pieces of legislation to confront the problem — and economic development, especially efforts to revitalize the region’s manufacturing sector and retain young talent.

“Western Mass. can be a place where young people can grow and prosper, and where young families can stay,” he said. “We can do that if we focus on those areas where we have traditional strength, like high-tech manufacturing. There’s a reason why the Armory was here, and American Bosch, and Indian Motocycle; let’s build on that history.” 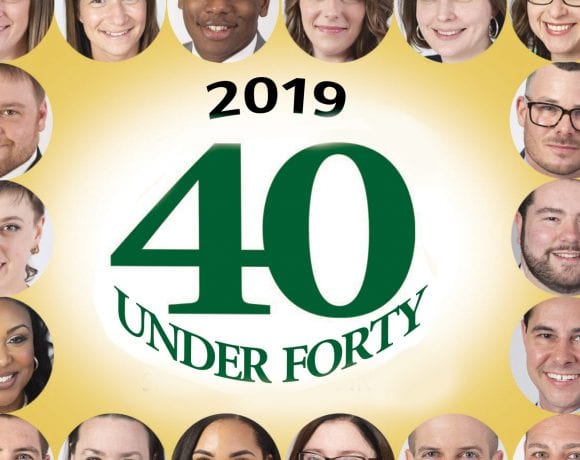 Introducing the 40 Under Forty Class of 2019