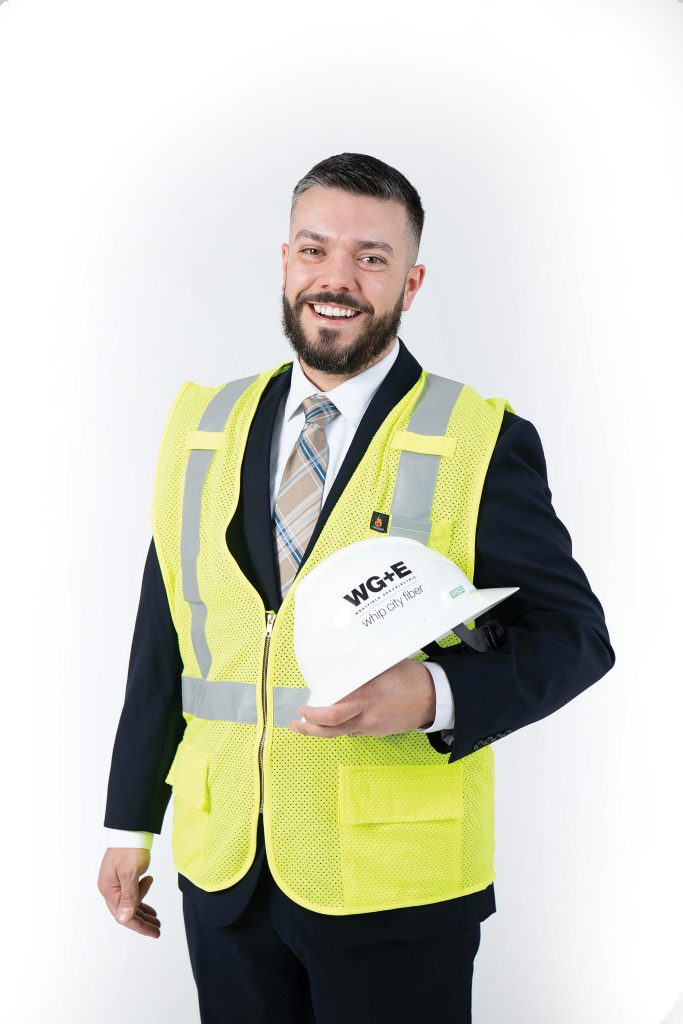 Freeman has been working with the city for the past decade, starting in the Engineering department, where he performed mostly clerical work, but rising up the ranks through a series of promotions to his current role as superintendent of Operations at Westfield Gas + Electric, overseeing more than 70 employees.

“Whether it’s someone building a new house or someone whose furnace fails in the winter, and we run a new gas line to the house, or the phone calls during the last storm that took out branches, and we got their power back up, we’re seen as very valuable to the town because of our quick response and reliability,” he explained.

Freeman, who earned degrees at Springfield Technical College, UMass Amherst, and Norwich University, oversees the general operations of both the natural-gas and electrical sides of the municipal utility, including construction, storm response, and regulatory compliance.

“I enjoy being part of the community I live in — that’s the biggest thing,” he said, with his community-outreach roles ranging from Dig Safe campaigns to safety and career presentations at local schools. “Almost every day is different, but helping people out and giving back to the community is nice.”

As the safety officer for WG+E, those civic engagements are especially meaningful. “Every year, we do a safety class with fifth-graders, things like how to notice a natural-gas odor or what’s not safe when you see downed wires. We try to get word out there as much as possible.”

Michael Erwin, an electrician and business owner who nominated Freeman for 40 Under Forty, noted that “Greg continues to work together with his team of colleagues to promote infrastructure improvements, foster safety culture, promote the success of future WG+E endeavors such as fiber, and is the embodiment of the term ‘community.’”

Through all of that, family is especially important to Freeman, who has four children, all under age 9, with his wife, Kelly.

“My biggest cheerleader is definitely my wife, and my family is my biggest accomplishment, and also my biggest motivator,” he said. “When I’m working a long day or I’m out on a storm for days on end, I always know I have a good group behind me, supporting everything I do.”