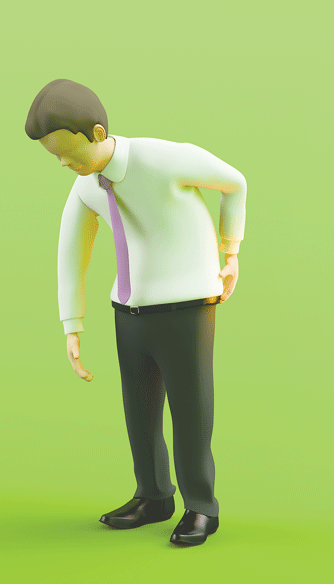 When Massachusetts voters approved a law mandating paid sick leave for a vast swath of workers, many employers worried about the expenses and legal issues the new law would raise. While the final version of the law, which went into effect on July 1, smoothed over some of those concerns, anxieties remain, over issues ranging from higher operating costs to strained employee relations to the potential for abuse.

As new laws go, this one is causing employers to feel … well, a little sick.

“I would say many are confused and anxious,” said Mark Adams, director of HR Services for the Employers Assoc. of the NorthEast (EANE), when asked about member reaction to Massachusetts’ earned-sick-leave law, which took effect on July 1.

“They’re frustrated as well, in the sense that many of our members who have been doing the right thing, that already have paid sick-leave benefits, have had to unwind many aspects of that to come into compliance with some of the finer points of the law. There are some components built in that have given employers pause.”

At its heart, the law requires businesses with 11 or more employees to offer 40 hours of paid sick time per year. Companies with fewer than 11 employees must still provide 40 hours of sick leave, but it can be unpaid.

“We’ve done a number of briefings to educate companies, and for a lot of them, especially for companies that operate in multiple states, this has been particularly challenging,” Adams said, noting that many businesses with existing sick-leave policies must revamp their payroll systems and handbooks — mid-year, no less — to comply with the new law.

“They’ve provided this benefit all along, with favorable feedback from employees, and it costs time and effort to retool to meet the requirements,” he went on. “Then, you look at things being put forward on the federal level that would apply to federal contractors, a potential executive order that might require federal contractors to pay sick leave. If that ever comes to fruition, it would make it even more complicated to try to comply with both federal and state law, and you’re creating this ever-evolving patchwork of regulations on a benefit that, for many companies, they apply across the board. It makes it harder for many businesses that have been trying to do the right thing all along.” 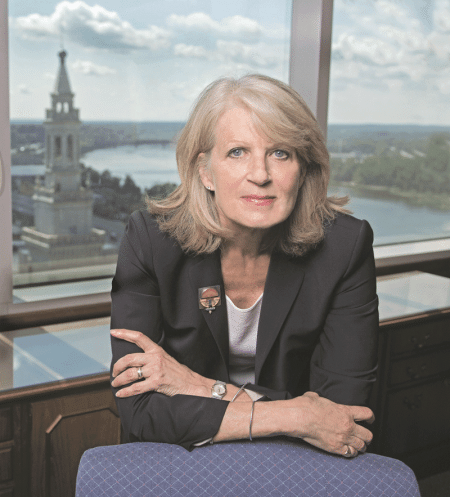 Susan Fentin says employers worry about the potential of employees abusing the new law, especially because workers are protected from employer retaliation for asserting their right to paid sick time.

“Most of our clients offer some form of paid leave,” she told BusinessWest. “The problem with the sick-leave law is, it expands the types of issues that somebody can take leave for; you’re not only allowed to take leave because of your own illness, but because of the illness of a parent, spouse, or parent in law. You can also take leave for medical or dental appointments, and to travel to and from these appointments. That’s obviously a need for many employees, but it’s generally not permissible under most employee sick-leave policies.

“So it’s an added burden,” she went on. “Perhaps a justifiable one, given the demands of society; individuals do have family members who are ill and need medical attention. But it’s nonetheless a burden on the employer.”

Attorney Olga Serafimova, an associate with Royal LLP, said the Northampton-based employment-law firm was peppered with questions leading up to July 1, as many clients were scrambling to adjust their policies, but it has been “dead silence” since, as though employers are holding their breaths and hoping they’ve instituted the changes correctly.

“Really it was smaller businesses that didn’t have leave policies previously that were affected the most,” she said. “A lot of those businesses fluctuate between 10 and 11 employees or around that number. For them, it’s an added expense.”

The attorney general’s office, she noted, did address many employer concerns in its final regulations, tightening up rules concerning sick-time accrual, employee justification for time off, and other details. “Of course, many businesses still feel it’s way too broad, way too generous, and a financial burden. And for smaller employees, this will have more of an impact.”

That issue of justification for time off — in other words, the doctor’s note — is one element of the law that has employers on edge, because of its potential to breed abuse. The draft regulations stated that employees are not required to produce proof of illness until the time off exceeds 24 hours.

“For a part-time employee, that could mean more than a week, depending on how long the shifts are,” Serafimova said. “In the final regulations, it was changed to 24 consecutive hours or three consecutive days, even for part-timers. That was something the attorney general’s office picked up on and adjusted.”

The three-day rule, however, promises to be irksome to many employers, Fentin said.

“We represent management, so we’re always a shade cynical,” she went on. “The potential for abuse is pretty high with this law, the way it’s been drafted. Some changes to the draft regulations made it a little more palatable. For instance, now, the minimum amount of time you can use is an hour, so you can’t walk in 15 minutes late and say, ‘I was sick.’

“Of course,” she noted, “you can walk in an hour late and say, ‘I was sick.’ The employer would just have to forgive that. Frankly, somebody could take every Friday afternoon off all summer long because of so-called ‘medical appointments.’”

Serafimova noted that some employers might opt to provide 40 hours of sick time right at the beginning of employment, instead of having it accrue gradually, so they don’t have to change their payroll systems. “But that goes to the question about abuse. Giving one week up front creates the possibility for people to use it up and move on to the next business.”

This is especially true for employers with seasonal or temporary employees, she added. “As much as it sounds like it would make things simpler, [front-loading sick time] wouldn’t be a benefit for many employers. It saves them some money in adjusting their payroll systems, but they may end up paying anyway to people who are only there for a short period of time and take their sick leave, then give their notice. The requirements are so broad, there’s little limitation on how you can use sick leave. Businesses have had to really think about what is the better option.”

On top of that, Adams said, the law might turn out to be an employee-relations minefield for businesses that had existing sick-leave policies in place.

“Many companies are dealing with employees who might have false expectations based on what they’ve heard in the media, who think they’re getting more benefits than they’re accustomed to, when really, that’s not the case,” he explained. “These companies have already been providing fair and competitive benefits, but now they’re dealing with angst from employees who aren’t getting anything additional — but, frankly, never asked for it.”

Serafimova agreed. “Some employers who had a paid-time-off policy in place opted to reduce it and make 40 hours of it sick leave,” she said. “So people who were previously offered three weeks vacation time, saw that changed to two weeks vacation and one week sick leave. Unfortunately, while that keeps the expenses of the employer the same, the perception in the workforce is that they lost a benefit, and that creates discontent and morale issues. A lot of businesses are struggling that that decision.”

It’s just one way, Adams said, that “a law aimed at a small segment of businesses has created burdens for a large number of them.”

A large number indeed, to hear Fentin tell it.

“The way this is written, it’s the most generous, but, from an employer perspective, the most draconian, most burdensome sick-leave law in any state in the country — including California, which says a lot.”

Where it becomes dangerous for employers and not simply burdensome is in the law’s anti-retaliation language, and the potential for lawsuits if an employer tries to infringe upon a worker’s leave rights — or even the perception of infringement.

“They said they would not come down on employers for a while, give everyone some time to work out the bugs,” she said, regarding communications from the attorney general’s office. “That was encouraging. How long that lasts, we don’t know. All it takes is a couple of employees filing complaints.”

Serafimova said her clients, too, are anxious to see how issues play out. 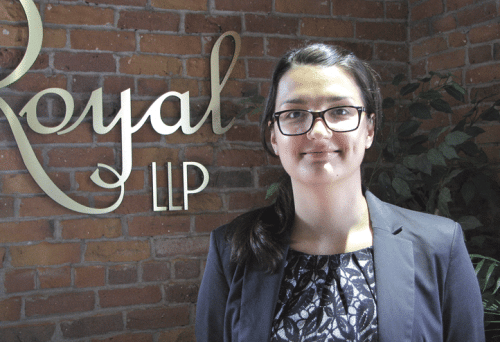 “The final regulations say you can discipline an employee who commits fraud or abuse, that people cannot use sick leave as an excuse to come late to work. At the same time, the law says you can’t punish an employee for exercising sick leave. What is abuse to one side may be the exercise of their rights to another. To me, this sounds like future litigation waiting to happen.

“We’re going to wait and see how that plays out because, again, it is enforced by the Attorney General’s Office, and if there’s any basis [for a complaint], they will proceed to investigate. On one hand, that’s good for someone who’s fighting over their sick time at work. But, at the same time, it opens the proverbial floodgates for anyone who’s not happy with their employer for any reason.”

And while defending against a complaint could be expensive for an employer, it’a free for the employee, she added. “Ultimately, it falls on the employer to defend against a meritless claim, because there’s absolutely no barrier to filing a claim, not even a $5 filing fee.”

That’s why it’s important that human-resources staff train managers in how to handle leave requests in this new environment, Serafimova said.

“If I come up to the employer and say, ‘I’m not feeling well today. Can I go home?’ I have asked for job-protected sick leave,” she explained. “Now, if I am late three times in one week, or say, ‘I’m not feeling well, can I go home?’ an untrained manager might say, ‘oh, not again, I’m going to discipline you.’ But, with the job protection this law provides, you can’t do that anymore. If people aren’t properly trained, it could lead to trouble for the employer.”

Fentin has been sharing similar advice. “We like keeping clients out of trouble; that’s much easier than defending them when they get in trouble,” she told BusinessWest. “We want them to do the right thing. We’re all on the same page.”

Still, she added, “we’re really in the weeds here. This is going to be a problem for employers for a long time going forward. Although a lot of my clients have made changes, they’re waiting to see what happens.”

That’s true with EANE members as well, Adams said. “Eventually, it will become easier to manage, but until we get through this transition, we’re going to see considerable frustration and confusion for the foreseeable future as companies continue to come to grips with the law.” 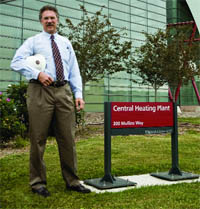