Carlos Santiago says it would be one of those proverbial ‘good problems to have.’

He was referring to the possibility that so many individuals will seek to take part in the Commonwealth Commitment program — an ambitious, first-of-its kind initiative designed to incentivize more people to enter college and complete their degree — that there are potential logistical and financial challenges for the state’s four-year public colleges and universities. 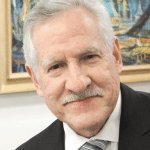 Santiago, the Commonwealth’s commissioner of Higher Education, stopped short of predicting that would actually happen. But he didn’t hesitate to say he expected this program to address a number of concerns facing the state, its institutions of higher learning, and families faced with the daunting task of paying for a college education.

These include smaller high-school graduating classes, a demographic phenomenon that is certainly effecting recent enrollment, especially at the 15 community colleges; still-problematic graduation rates, or ‘completion rates,’ at the public schools; the spiraling cost of college, which is keeping many from entering or finishing a degree program; and, last but not least, a serious skills gap facing businesses in virtually every sector of the economy.

Commonwealth Commitment was blueprinted with all that as the backdrop, said Santiago, adding that he believes it can brighten each of those pictures.

“We think this is the right message at the right time,” he said, while acknowledging there are risks for the four-year colleges due to the financial incentives offered to participants. “The Commonwealth needs more people to enter into our institutions, and for more students to graduate with less loan burden. This is the right message.”

Here’s how it works: Students will begin their studies at one of the community colleges, enrolling in one of the 24 Commonwealth Commitment/Mass Transfer Pathways programs that will roll out this fall. That list includes (for September) biology, chemistry, economics, psychology, and history, and (starting in the fall of 2017) early childhood education, computer science, criminal justice, and others. Students must attend full-time and maintain a cumulative GPA of 3.0.

After earning an associate’s degree in two and half years or less, students will transfer to one of nine state universities or five UMass campuses to earn a baccalaureate degree. At the end of every successfully completed semester, students will earn a 10% rebate on tuition and fees, payable in the form of a check, or may opt to receive a voucher to use for books and other education-related expenses — the program does not discount room and board. And tuition is frozen for the duration of the duration of the degree program, which must be completed in 4½ years.

While there is no shortage of that proverbial cautious optimism regarding Commonwealth Commitment, no one is really sure what will happen. But they can speculate, and, when pressed by BusinessWest, they did.

Monica Perez, interim vice president of Academic Affairs at Holyoke Community College, said the program will likely become an effective incentive for students to not only enroll at a community college, but quickly harden their focus on a degree program and the path for completing it. She noted that, historically, students have lost time, credits, and money while trying to settle on a major. Commonwealth Commitment will likely expedite the process through its monetary incentives. 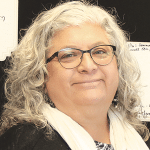 “Every time a student changes his or her major, especially if you’re going from something that’s relatively general, like arts and sciences, to something specific, like health, and then back out again, to criminal justice, you’re going to lose credits,” she explained. “And when you lose credits, you have to start again.”

What the new program will likely do, through its time-based incentives, is prompt students to think harder about a major, lock in it on it, and stay on that path.

Ira Rubenzahl, the retiring president of Springfield Technical Community College, agreed, and noted that STCC was one of the first schools in the Commonwealth to undertake a program similar in structure and mission. He said there is already evidence that they work as intended — meaning, to get people into college and reduce the price of that education by starting at schools like his.

“This will hopefully encourage more people to consider community colleges for the first two years of their college education,” he said. “And it will provide incentives to complete, which is important because, while getting people to start down this path is one thing, the goal is to get them to the end.”

For this issue and its focus on education, BusinessWest takes an in-depth look at Commonwealth Commitment and how it could potentially change the landscape for the state and its public institutions.

They become known as ‘$30K degrees,’ and that term goes a long way toward explaining what they are.

Yes, these are bachelor’s degrees that cost $30,000 (or less, in many cases) and involve earning an associate’s degree at one of the participating community colleges and then transferring, through a host of articulation agreements (such as the ones STCC and HCC have with Westfield State University) to a four-year institution. 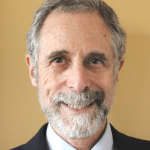 These programs have worked out very well, said Santiago, adding that Commonwealth Commitment takes matters statewide and at least one step further with its rebates, locked-in tuition, and additional 10% off the total price.

They will take the sticker price of a college education down well below $30,000 in most cases, he went on, to $23,000 or even $22,000, and bring a higher level of sophistication to the model whereby students start at a community college and finish at one of the state’s public universities — with the accent on ‘finish.’

“As I saw what was developing, I said to myself, ‘this is great, if you live in one of these regions,’” he recalled. “I thought, ‘why can’t we do this across the entire system of higher education? Why can’t a student from any two-year campus follow a similar pathway to any four-year campus or UMass?’”

Starting this fall, they can, he went on, adding that, as this expanded program started coming together, the initial plan was to call it the ‘Commonwealth $30K Degree.’ But this was determined to be less than accurate, because there would be some cases where the cost would exceed that number, but a great many more where it wouldn’t reach it.

But a far bigger challenge than naming the initiative would be selling it — or so Santiago and others thought.

As things turned out, while Commonwealth Commitment presents some inherent risks for the four-year schools, Santiago acknowledged, noting that the tuition waivers and locked-in prices could pose challenges, it received what amounted to universal buy-in from those schools when this initiative was put on the table. It even came from the two specialty schools — Massachusetts Maritime Academy and Massachusetts College of Art and Design— which many thought would have reservations about the comcept.

“In Massachusetts, public higher education is a very decentralized system,” he explained. “Just because we have what we think is a good mean doesn’t mean everyone is going to buy into it. But the reality is they did — they supported it, across the board.”

Santiago believes there are many reasons for this buy-in, chief among them being those smaller high-school graduating classes, a trend expected to continue for at least another eight years, according to most experts.

These declining numbers of traditional college students has left colleges and universities across the country looking for imaginative ways to boost enrollment while at the same time keeping their standards high — methods such as the recent decision by the University of Maine to charge out-of-state students the rate they would be paying to attend their home state’s university.

And these discussion points bring Santiago to the contention that Commonwealth Commitment is about far more than affordability, although that is a huge part of it. It’s also about getting people onto a path toward a degree — and onto a path more likely to get them to the end than what existed previously.

Perez believes the program has a good chance of succeeding with that mission through the various incentives, or forms of motivation, that it provides to finish, finish quickly, and earn a degree in a field where job prospects are solid.

With that, she returned to her thoughts about how this program might sharpen a student’s focus and thus eliminate lost time and expense.

“Community-college students often take 80 or more credits to get a two-year degree,” she noted, adding that this number should be closer to 60. “At the four-year level, they’re taking anywhere from 130 to 134 credits to get a 120-credit degree.

“Part of the design of this program is to get students on the pathway they need to finish it,” she went on, “and guide them along the way so they can finish in a timely manner and not waste time or money.”

If Commonwealth Commitment can succeed in getting more people into college and through to a degree, it will help Massachusetts with another huge challenge, he said: the pending retirement of workers from the Baby Boom generation and the need to replace those talented individuals.

“One-third of our labor force is 55 years of age or older,” he explained. “It’s the most educated component of our labor force, and they’re going to be retired in 10 years. The Commonwealth must find a way to start replacing these individuals.”

Returning to the possibility of hundreds, or even thousands, of individuals taking full advantage of Commonwealth Commitment, Santiago added an adverb to his commentary.

“That would be a really good problem to have,” he told BusinessWest, adding that, if that scenario becomes reality, steps will be taken to address it.

“We’ll bring resources to bear — we’ll make it work,” he said, adding that, at the very least, he expects this initiative to prompt more people to take the path it lays out.

And if that happens, those individuals, their families, the colleges, and businesses across the state all stand to benefit.