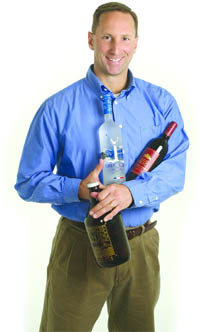 And Meadowbrook Food Center, the neighborhood variety store located a quarter-mile from James “Chip” Harrington’s Ludlow home, simply wasn’t. Instead, he said, it was poorly laid out, generally overpriced, and stocked with too many dust-collecting items. Harrington, a community corrections officer for the state who was looking for some kind of investment property in 2003, was intrigued.

“The store had been here for 50 years and had a lot of potential, but it wasn’t being managed properly,” he said, and when it went up for sale, he and his wife Noel, a registered nurse at Baystate Medical Center, jumped at the opportunity to turn the business — which they renamed Our Town Variety and Liquors — around. They cleaned up the property, streamlined the inventory to focus on liquor and the most commonly sold grocery staples, and lowered prices.

“We were completely out of water when it came to this, so it was a big learning curve,” he said — but a lucrative enough one that he left his state job in 2005 to devote himself completely to the store, which, since the change of ownership, has seen annual non-lottery sales rise from $300,000 to $750,000, and lottery revenues increase from $600,000 to more than $1 million.

“It was a very disorganized store and didn’t have much of a flow to it. Customers have to clearly see everything, identify what they’re looking for, and get out; that’s the purpose of a variety store,” Harrington said. “We’re in a good location, and the customers are there. We just needed to give them what they’re looking for.”

Harrington has found much of what he’s looking for over the years in Ludlow, serving on a number of town boards, beginning with his election to the Recreation Commission at age 22. He moved on to the Board of Selectmen at age 24 and currently chairs the Ludlow School Committee.

“I’ve always had an interest in government and public service. And this is a great town with great people,” he said. “Being a business owner in town only fueled my desire to be more involved. And I can’t say no … which gets me in trouble with my wife.”

Worse, there’s no place to hide from her at the variety store. After all, the customers can see everything. 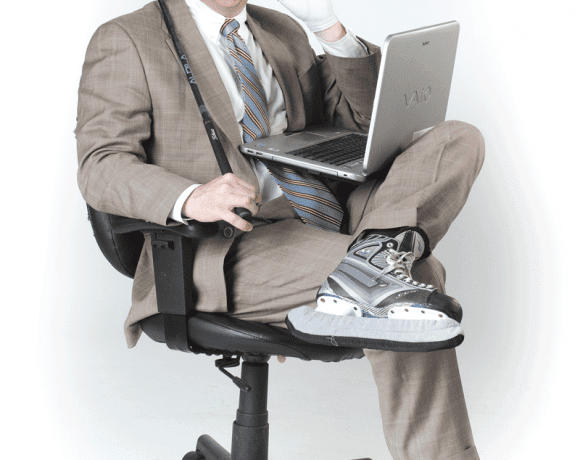