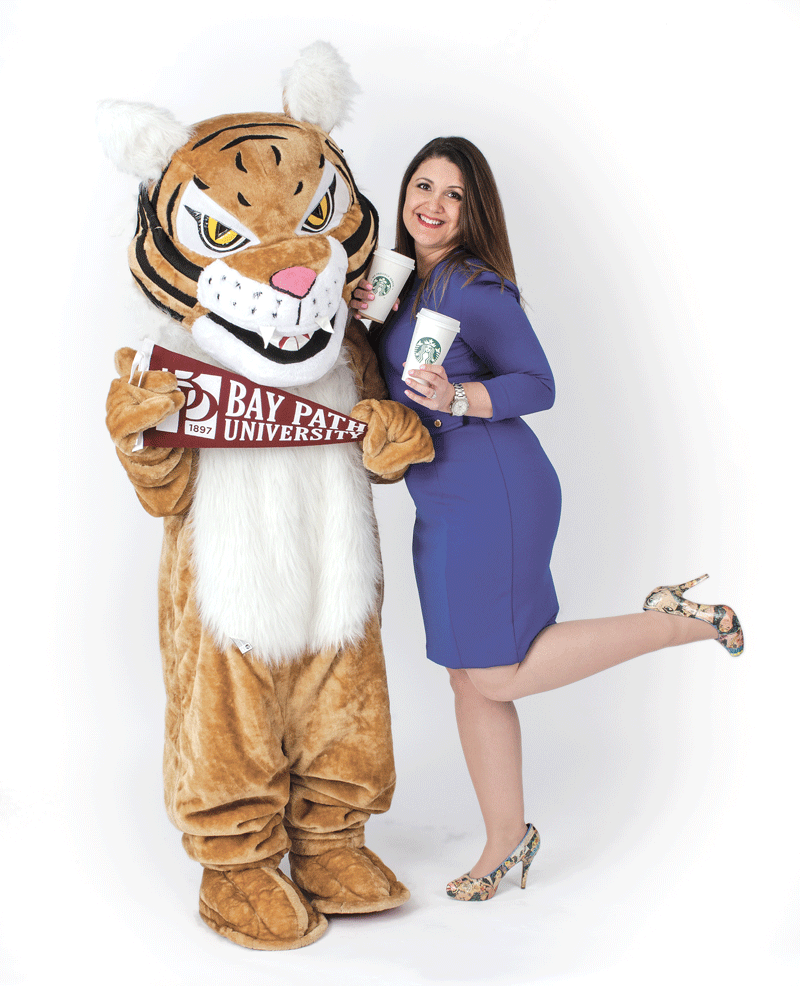 When Jessica Fraga stands at a podium or in front of a room of students and counsels them about dealing with their past — things they’re not particularly proud of and might be ashamed of — and not letting those issues hold them back from achieving their dreams, she speaks from the heart, and from experience.

Indeed, while attending kindergarten, she was living with her mother in a green Oldsmobile after her mom fled an abusive situation and seemingly exhausted all other options. “I was really young, and I didn’t fully understand, but I knew this wasn’t right,” Fraga recalled, adding that her mother forbade her from talking about her living conditions with anyone out of fear that she would lose her daughter — not that she wanted to talk.

Things eventually improved for the two, but Fraga remembers always being “the poor girl in town,” a stigma that eventually wore her down, prompting her to drop out of high school.

But both she and her mother somehow found the strength and determination to rebound and improve their lives. They both got their GEDs, and they graduated together from Bay Path University. Fraga would go on to earn an MBA, which she put to good use first at Baystate Health in Human Resources and now at MassMutual as a continuous improvement consultant.

“I get to help people find ways to do what they do more efficiently,” said Fraga, who’s also an adjunct professor at Bay Path, teaching a number of business courses. Meanwhile, inspired by those who helped her in her youth, she finds ample time to give back to the community.

She serves on the board of directors for HAPHousing, chairs its resource development committee, and was the featured speaker at its annual fund-raising event, The Way Home. She’s also served on the Mass. Rehabilitation Commission Advisory Council as well as the Women’s Leadership Council of the United Way of Pioneer Valley, supporting financial literacy for young women and STEM programs for middle-school girls. In 2012, she co-created — and was the featured speaker at — the LGBT Coalition Conference on Career and Life Skills for Transgender Women, and she currently volunteers with the Knockout Project, a nonprofit started by her husband, Jay, which raises awareness about the dangers of concussion and brain injury.

On top of all that, she often tells her story — something she once couldn’t do, but now does to inspire others to put the past behind them and a bright future in front of them.