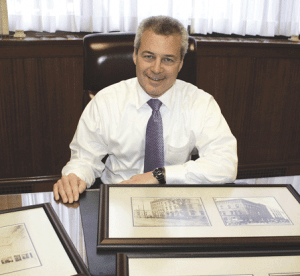 The financial collapse of 2008 chased plenty of investors out of the investment markets and into the safety of their hometown banks, and Hampden Bank is no exception.
“Deposit growth has been really strong for several years running now,” said Glenn Welch, the bank’s president and CEO. “Part of that was people getting out of the stock market and putting their money here. Actually, we’re a little concerned about how to continue that growth as the stock market continues to go up and up. People who like to time the market and have cash here might dump it into the market at some point, although I think they’ll be a little more cautious than they were prior to the recession.”
Typically, the 2008 crisis and the Great Recession that followed didn’t hit community banks like it nailed national and international banks because they didn’t traffic in the sort of risky loan practices of their larger kin. But today, thanks in part to that influx of deposit cash Welch noted, banks of all kinds are struggling against tight margins; specifically, the interest they’re earning on loans is hovering way too close to what they’re paying out in deposit interest.
Hampden has countered that trend, Welch said, with the strong recent performance of its commercial-loan portfolio; in fact, the bank recorded loan growth of almost 22% in the fiscal year that ended on June 30, outpacing deposit growth of 9%. Overall, Hampden Bank boasts almost $700 million in assets and 111 employees spread across 10 branches in Springfield, Agawam, Longmeadow, West Springfield, and Wilbraham.
That wasn’t enough for a group of non-local shareholders who waged an unsuccessful proxy fight for more control over the bank’s dealings earlier this month. Texas-based Clover Partners, which owns about $7.8 million in Hampden Bancorp Inc. stock, accounting for about 8.1% of the company, had demanded seats on the board and has been pushing Hampden Bank to explore a sale or merger with another bank to increase earnings. In the end, stockholders rejected the bid and elected a bank-backed slate of directors.
But the ruckus highlighted the pressure banks today are under to achieve higher profitability. “We had a decent year,” Welch told BusinessWest, noting that Hampden Bank achieved a 10% higher net income in fiscal year 2013 than the year previous. “But we did so by restructuring,” which included eliminating seven leadership positions and consolidating some roles.
“As we worked on the budget, we saw a need to reduce expenses in an effort to become more profitable,” he said. “When you look at any bank’s quarterly earning announcements of late, you’ll see that everyone is talking about expense controls.”

Art of Commerce
Fortunately, a push to prioritize commercial lending has boosted the bank’s portfolio in that area.
“Our emphasis is on the commercial side,” Welch said, and for a logical reason. “Every business owner has personal needs, but not every person owns a business. We think we’ll get more market share from somebody when they own a business; those loans bring us better yields and higher balances, and then we work as a team with our retail people to cross-sell mortgages and consumer deposits.”
To draw accounts that will then become lifetime customers, however, requires a personal touch, and that’s where a community bank like Hampden excels, he added. “I think we compete well on the commercial side partly because of our local decision making. We get back to people quickly and respond to their needs in a timely manner, and people deal directly with the people who make decisions on their loans.”
The growth has been across the board, from construction loans to smaller deals. “We also work with other community banks and do participation loans; we may originate a loan too large for us to take on the entire loan, and we might want to spread out some of the exposure and sell a piece of it to like-minded community banks. They have also done the same with us. It’s a good way for community banks to work together for the community itself, and the borrowers deal with people who make decisions on a local basis.”
On the mortgage side, Hampden Bank has been selling the majority of the longer-term residential mortgages it originated because it doesn’t want the interest-rate risk on its books. Meanwhile, it has been touting the federal Home Affordable Refinance Program (HARP), which helps underwater and near-underwater homeowners — those who purchased homes in the years immediately preceding a swift decline in housing values — to refinance their mortgages without worrying about loan-to-value ratio.
“If those people remain in their current mortgage but feel they can’t refinance, we participate in this program,” Welch said.
Overall, he added, the bank has emerged from the recession years with solid loan growth and some momentum heading into the future. As for its retail services, he said the bank is currently looking to redesign some of those offerings.
The overall strategy, he said, is to increase the bank’s profit margins not only through new business, but an internal belt-tightening strategy as well, which includes the payroll reductions he mentioned earlier and renegotiating contracts with certain outside vendors. “Margins are getting squeezed,” he said. “Over the last couple of months, some banks have closed some branches down.”
Hampden Bank has gone so far as to encourage budget-cutting ideas from employees, who can make suggestions to a cost-savings committee. “If it’s approved, we share a piece of the savings with them the first year,” Welch said. “It’s a good way to get people thinking about what they’d do, rather than just do things the way we’ve always done them.
“We had that program in place years ago, and it kind of disappeared for awhile,” he added. “Since we brought it back, we haven’t come up with huge cost savings yet, but a few things on the table might be pretty substantial.”

Community Ties
One area definitely not being squeezed is the bank’s charitable work, Welch said.
“We have two charitable foundations,” he explained.  One we set up when we turned 150 years old [in 2002], before we were a public institution, and we funded that with $1 million.”
Five years later, when the bank went public, some of the capital it raised was put into a second charitable foundation. “On average, those give away a couple hundred thousand dollars a year. At our last meeting, we gave away about $85,000.”
That number is dwarfed by around $300,000 in annual requests, reflecting the ongoing needs of area nonprofits in a post-recession economy. “They’re all great projects, but we can’t totally deplete the foundation. Most banks have foundations like this.”
Welch said the bank’s leadership has encouraged a culture of community involvement among employees, too.
“We do track that, and our people spend an incredible number of hours serving on various boards, and other people donate” to nonprofits, he said. “We have dress-down Fridays, where everyone contributes $2 per pay period for that, and we have a group of employees sit on a committee to determine how to allocate that money to people who have not gotten funding from the foundation. We’ll give away $500 to $1,000 to any one organization, and we do that with many organizations.”
As for future growth, Welch said Hampden Bank will likely focus in the short term on expanding organically, rather than broaden its physical footprint.
“As far as branch expansion, we don’t have plans for that right now, but should the right opportunity come along — maybe somebody’s divesting themselves of branches — we might consider that. But it doesn’t make a lot of sense to me to be the fourth branch on four corners. And it’s very expensive to open up a branch from scratch and build up the deposit base until the branch pays for itself.”
In other words, Welch likes where his institution is positioned right now. As the bank’s tagline says, “brighter days begin right here,” and he’s hoping for more of those. 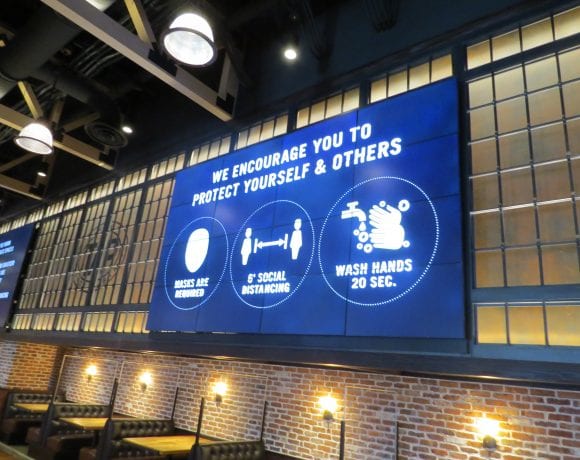