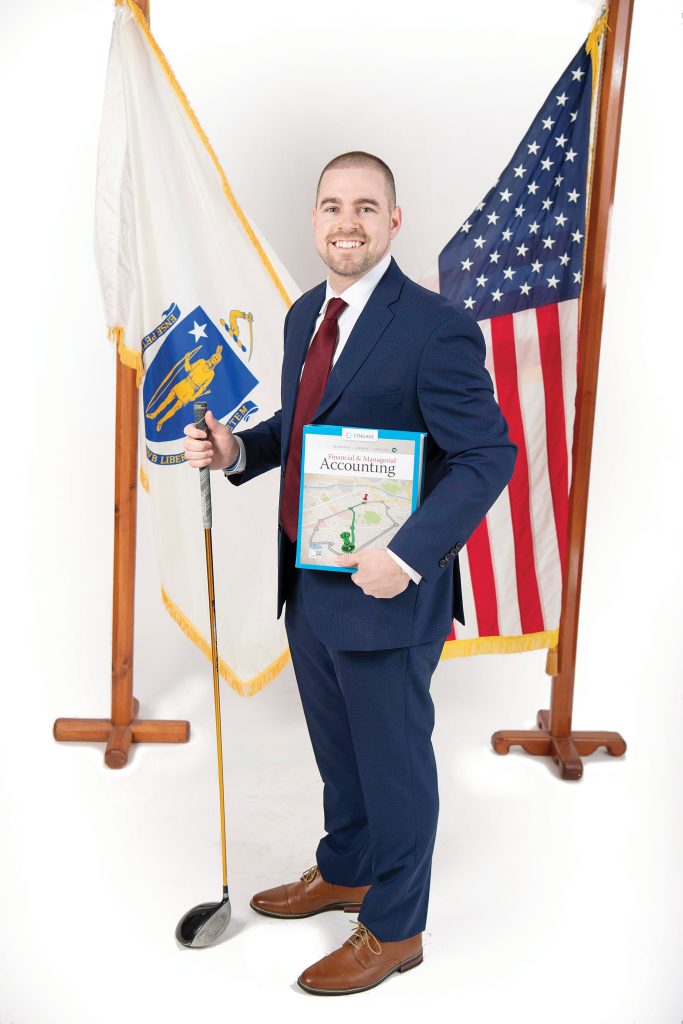 Michael Lynch’s accounting and finance career has long focused on roles with a community benefit.

Like when he joined the city of Springfield in 2014, working in Disaster Recovery and Compliance, a new unit created after the June 2011 tornado to fund new housing projects, demolish blighted properties, and improve the city in other ways.

Four years later, Lynch transitioned to the state level, serving as fiscal director for the Western Region of the Department of Youth Services. When the governor declared a state of emergency early in the COVID-19 pandemic, Lynch immediately began working with his colleagues to procure appropriate PPE to protect DYS youth and personnel on a daily basis.

A little over a year ago, Lynch saw another opportunity he couldn’t pass up — as chief financial officer at the Holyoke Soldiers’ Home, which was still recovering from a mismanaged COVID outbreak early in the pandemic that saw dozens of veterans die.

“When this opportunity became available, I had to jump at it,” he said, noting that he was aware of what had happened there, but behind the headlines, he also knew changes were being made, and he wanted to be part of the team that could turn the facility around.

“This is a very special place because of the people we serve, but also because of the employees I’ve been lucky to work with,” he added. “The people here have such a deep level of care for the work they do; they are so committed to helping veterans day in and day out.”

Lynch, an adjunct professor of Accounting at Holyoke Community College, is committed to his community in other ways as well, namely through two charity golf tournaments he organizes each year that have, to date, raised more than $25,000 for local organizations like Rays of Hope, Miracle League of Western Massachusetts, Autism Speaks New England, Autism Connections, Shriners Hospitals for Children, Special Olympics Massachusetts, and the Community Foundation of Western Massachusetts’ COVID-19 Response Fund.

“I started these golf tournaments as a way to make sure families can come together to do something positive for local charities,” he said. “I love doing this; I love event planning. My dream is to add a banquet dinner afterward and a much larger raffle, which will ultimately raise more funds. It’s so exciting to me. I want to continue to do everything I can to help people and bring people together.”