Born and raised in Springfield, Costa has spent his entire decade-plus career in the American Hockey League, starting as an account executive for the San Antonio Rampage after graduating from Northeastern, and later as a founding member of the league’s Team Business Services department. He joined the Thunderbirds franchise at inception as executive vice president, was promoted to team president and owner after the conclusion of the inaugural season, and has led the Thunderbirds to explosive business growth.

What did you want to be when you grew up? I always knew I wanted to work in sports, and originally, I wanted to be a reporter or a broadcaster.

Who has been your best mentor, and why? I’d say my grandfather, Charles Wright. He taught me there is no such word as ‘can’t’ — there is only ‘can,’ and that has stuck with me my entire life. I have had many people tell me that what I’ve done in my career was impossible, specifically having a successful AHL franchise in Springfield — but I never allowed that to take over.

What actor would play you in a movie about your life? Adrian Grenier from Entourage.

Whom do you look up to, and why? Like many people, my parents have been two individuals that I have always looked up to. There have been ups and downs along the way, but the one constant has been their love and support, and they’ve always encouraged me to chase my dreams. Professionally? I’d say AHL President David Andrews. I learned so much during my time with him. He is a true professional, and having a chance to work with him day in and day out for a number of years provided me with a foundation to be successful.

What will work colleagues say at your funeral? That I was fair, and that they felt fulfilled in their roles, and learned the value of working hard. I’ve tried to create a culture within our office that allows people to be themselves and enable that to shine through in their work. They deserve just as much credit for this award as I do, because without them, none of our success would be possible.

What person, past or present, would you like to have lunch with, and why? I’d say Bruce Springsteen at the moment. My mom was a big Springsteen fan, so I got to listen to him a lot growing up. It’s not until recently that I have found so many similarities between his music and my own life. His journey was a lot like my own, leaving home at a young age to find himself and chase his dreams, just like I did. 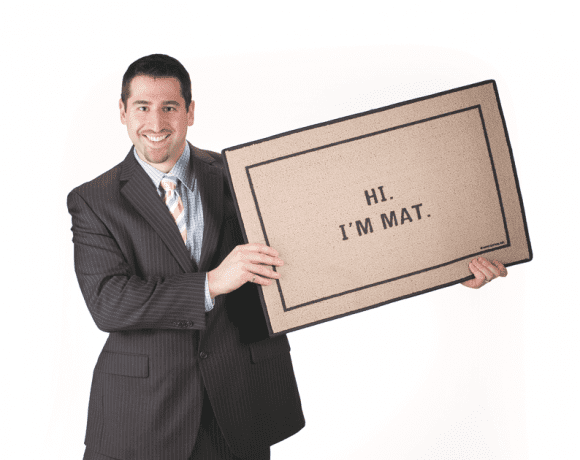