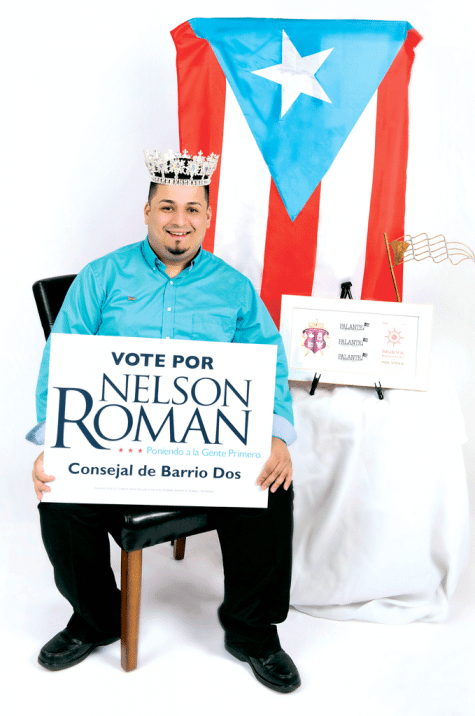 Nelson Roman loves the theater and played many roles in well-known productions during his youth. But his life story is more compelling and inspirational than any script.

“I’ve gone from hopeless to hopeful through the things I’ve done and am making my dream become a reality,” said the Puerto Rican, bilingual founder of the black-box-style Palante Theater Co. in Holyoke, whose first production will be a Puerto Rican/Latino play.

A decade ago, after learning he was HIV positive, Roman became homeless and spent two years on the streets of Holyoke before a state program changed his life.

Today, he has secured the initial investment for his theater, plans to launch a capital campaign to fund it, and has support from the Urban Theater Co. in Chicago and the Mass. International Festival of the Arts Victory Theatre in Holyoke.

His goal is to give local people an inexpensive venue to see live productions and showcase young talent via plays and films that raise awareness about social issues and celebrate the Puerto Rican and Latino cultures.

Roman is also working to help revitalize South Holyoke. The Ward 2 city councilor was first elected in 2015 and views himself as a connector between government and the neighborhood. He started three neighborhood associations, helped create Taste of South Holyoke and the Holyoke World AIDS City Event, chairs the Joint Committee of the City Council and the School Committee, and serves on the council’s Development and Government Relations Committee.

In 2012, he founded the Imperial Court of Western Mass. Inc., a nonprofit that raises money to provide services to the lesbian, gay, bisexual, and transgender community and people who have HIV or AIDS.

“Five years later, we were able to give out $65,000 in grants to organizations that include the AIDS Foundation of Western Mass. [he served on that board from 2013 to 2015], the Holyoke House of Color, Springfield Pride, and Northampton Pride,” he said.

Roman served on the board of the Springfield Puerto Rican Cultural Council from 2014 to 2016, and has been feted with the Audre Lordes Founder Award and an International Court System Commendation.

“Every day when I wake up,” he said of his approach to life, “I think, ‘what if I am not here tomorrow? Have I done everything I can to make a positive difference in my community?’”