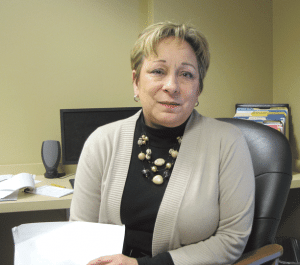 Patti D’Amaddio says employees at area companies earn vacation milestones faster than they did a decade ago.

When it comes to vacations, Patti D’Amaddio said, there’s good news and bad news.
The good news is that employees are being offered more time off than in years past.
“It used to be that you earned two weeks after a year of work, but not so much anymore,” said D’Amaddio, director of Strategic HR Services at the Employers Assoc. of the NorthEast. “A lot of companies are now giving time off during the initial period of employment, as opposed to waiting a year.”
Not only that, but EANE surveys show that the average employee in the region gets bumped up to three weeks off after five years on the job. “It used to be 10, but that’s come down.”
The bad news? Too many workers today are leaving vacation on the table, unused, because they feel like they can’t afford to take time off.
According to an online poll by Right Management, a division of ManpowerGroup, 69% of respondents did not take all their vacation time in 2013 — consistent with the 70% who reported the same in 2011 and 2012 — while just 31% said they maxed out their time.
“No question every company is doing more with less. They have to remain as competitive as they can with foreign countries. It’s not easy for businesses, and it isn’t easy for employees,” said D’Amaddio as she explained why employees might be loath to take earned time off.
“A company really has to look in the HR department, look at the numbers, look at the facts, and figure out what the utilization is,” she continued. “They need to ask, ‘are our people using their time? Do we have a problem or not? If so, is it a company-wide problem or a department problem?’ If the president of a company wants a culture that encourages people to take rest and relaxation, he has to know whether this is happening.”
Richard Goldstein, vice president of Benefits at MassMutual, said his company, one of the region’s largest employers, emphasizes the value of time off.
“We periodically send notes out to the managers, reminders to encourage their employees to take their time. And, for the most part, the people in my group do. I have a conversation with them around November — ‘make sure you take all your vacation time.’”
Many American workers aren’t hearing this message, or are choosing to ignore it. U.S. workers left an average of 12 vacation days unused this year, double the number from 2011, according to a survey conducted by travel website Hotwire. Some of these days can be rolled into the following year, but that’s no guarantee they will be used.
“Financial pressures often put a burden on travel plans, and this is causing an alarming increase in Americans leaving vacation days unused,” said Henrik Kjellberg, president of the Hotwire Group. “This is a trend I am hoping will soon change.”

All They Ever Wanted
What is changing is the way companies are structuring vacation time, D’Amaddio told BusinessWest. For one thing, fewer employers allow employees to take their entire allotment of vacation right away.
“A lot of companies have gone to the accrual formula, accruing time each month or each pay period,” she said, noting that this makes sense in Massachusetts, where employers are legally obligated to pay out unused vacation time as wages when an employee is terminated. “Instead of giving somebody two full weeks of vacation, then having them leave the next day, the accrual formula avoids that.”
Vacation laws vary substantially from state to state, she said. Connecticut’s employment laws don’t require companies to pay unused vacation time as wages, but they are typically required to honor their own handbook. So it comes down to how a policy is written.
“If a company says vacation time is not payable at the time of termination, it’s not payable,” D’Amaddio said. “Now, that doesn’t mean companies don’t often provide better benefits than the law requires. A lot of companies in Connecticut will pay out vacation, but they don’t legally have to.”
In addition to a shift toward accrued time off, she noted, many employers are beginning to blend vacation time, sick days, and personal days into one pot, simply calling it ‘paid time off.’
“Again, there are benefits for some parties, like people who are never sick,” she said, as well as people who don’t enjoy lying to their bosses. “Why make employees call in sick when their kid is sick? Or if they suddenly got tickets to the Patriots, and they have to schedule their vacation days in advance? This gives people more flexibility.”
In some cases, however, blended time off actually reduces the total package. In Goldstein’s 11 years at MassMutual, he’s seen the benefit program morph in some ways, but the time-off package has remained divided into different buckets.
“What we offer here is fairly generous,” he said, noting that new employees start with 15 days vacation — five of which can be carried over into the following year — plus five sick days and four personal days for unplanned absences. “Say you wake up in the morning and your kid’s sick; that’s an unscheduled day off. 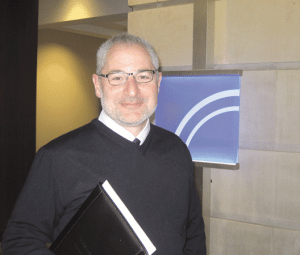 “It’s a pretty generous program, but you have to consider it in its entirety with retirement, medical benefits, and holidays,” Goldstein added. “There are bump-ups for longevity and seniority, but that’s what our new hires get.”
MassMutual, as an organization, has long expressed a philosophy of valuing work-life balance, and making sure employees take time off is one aspect of that, he noted. That can be difficult during peak times and major projects, but he doesn’t consider leaving time on the table to be a rampant issue.
“If we’re stuck on a big project, I’m sure the people working on those transactions can’t carve out a lot of time,” he told BusinessWest, “but for the most part, we encourage people to take time off.
“We don’t believe in making it mandatory,” he added. “As with anything in life, it’s all about balance between peak production times, with all hands on deck, and slower times. For the most part, it works. I personally think vacation is healthy, and I encourage my folks to make sure they’re not leaving days on the table. I think it’s important to recharge.”

Have to Get Away
Matt Norquist, general manager at Philadelphia-based Right Management, agrees that spending significant time away from work carries many benefits, including increased productivity.
“Every employee at every level should be encouraged to take time to re-energize, recharge, and relax to be more satisfied and productive on the job,” he said in a post on the company’s website. “The importance of vacation cannot be understated in today’s workplace when companies are doing more with less and adding workloads to their teams.”
According to Norquist, taking vacation time is a vital part of maintaining job satisfaction, and employees who take time off are more inspired and motivated to do their best work. “Ultimately, vacations contribute to engaged, loyal, and satisfied employee teams and build a positive workplace culture that not only reduces turnover, but also creates a stronger brand image in the market.”
The catch, Goldstein said, is that some employees never really stop working, even when they’re on vacation, because of e-mail and cell phones. “They never check out in today’s work world. With their remote devices, they’re always in tune.”
D’Amaddio cited one EANE-client company that requires every employee to take at least one full week off, and to shut off all e-mail and cell-phone access to work during that time. “That’s because there’s time off, and then there’s really time off,” she said. “Many people never shut down. When you’re engaged at work with smartphones and e-mail and everything else, you’re not really off.”
It all comes down to what kind of work-life culture an employer is really trying to create, she explained.
“The company and HR should really ask, ‘do we have a problem? Are our people using their time, or are a lot of people carrying it over? If they are, why? Is it just this year, or is there a history, and why? What kind of culture do we want to set?’
“If they want to set a culture stressing morale and work-life balance, they will want people to take vacation time,” D’Amaddio continued. “The culture is set at the top, whether that’s the top of the department or the top of the company.”
A major part of that is making sure department heads clearly express the importance of taking time off, she said. “And your HR department should be measuring the impact in terms of turnover and retention. Why are employees leaving? It’s great to have time off, but what if you can’t take it?”
If the tide turns and employees start taking more of the vacation time they’ve earned, she added, it will likely be the Millennials, the youngest generation in the workforce, who lead the charge.
“They want that. As Baby Boomers, we’re more willing to give up time, but Millennials are not going to be so inclined. So the paradigm is going to switch, and we need to understand that.”