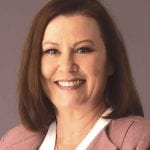 On the heels of the recent retirement of Joan Kagan, Square One named Dawn Forbes DiStefano its new president and CEO. Following a 25-year career with the YWCA of Western Massachusetts, DiStefano joined the Square One team in 2016 to lead the agency’s grant-research, grant-writing, and program-compliance efforts. She was quickly promoted to chief finance and grants officer, where she added oversight of the agency’s financial team to her list of responsibilities. In 2019, she was promoted to executive vice president and took on oversight of the agency’s early-education and care programs and family-support services, as well as management of operations, including transportation, food service, and IT. DiStefano serves on the boards of directors for the Massachusetts Council on Gaming Health, Dress for Success Western Massachusetts, the Springfield Regional Chamber, the Baystate Community Benefits Advisory Committee, and Businesses to End Human Trafficking. She also serves as a commissioner on the Hampden County Commission on the Status of Women and Girls. She received her bachelor’s degree from UMass Amherst and her master’s degree in public administration and nonprofit management from Westfield State University. Kagan, who led the agency for 17 years, announced her retirement plans last summer. She continues to serve as an advisor to the leadership team during the transition. 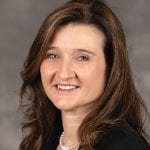 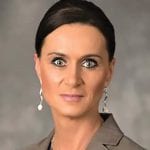 Monson Savings Bank announced the hire of Anita Richard as vice president and residential operations officer of the bank’s Residential and Consumer Lending department, and of Sabina Vegiard as vice president of Monson Savings Bank and financial advisor with Infinex Investments Inc. In her new role, Richard is responsible for planning and organizing the residential and consumer lending operations, including streamlining loan processing, closing, and servicing. She also manages the staff in the Residential and Consumer Lending departments. Richard has more than 31 years of experience in the banking industry, with 27 years focused in the mortgage-lending area. She most recently served as Home Lending Compliance manager at Berkshire Bank and Savings Institute Bank and Trust, where she was responsible for all residential-lending regulatory compliance. Previously, she was director of Mortgage Operations at Alden Credit Union, managing the daily operations of the residential-lending area as well as compliance and loan servicing. In her new role, Vegiard is responsible for helping customers to plan for their short- and long-term financial goals, including buying a home, paying for their children’s education, retirement, and life-insurance needs. She brings a wealth of knowledge and understanding to help her customers achieve their financial goals through strategic planning and tailored investment solutions. Vegiard has been in the finance industry for 15 years, with her experience as a financial advisor spanning 10 of those years. She most recently served as vice president and branch manager at Key Bank, where her responsibilities were to manage the day-to-day operations of the branch and staff as well as act as financial advisor for six branch locations. She is a graduate of Trinity College in Hartford, Conn. with a bachelor’s degree in economics. 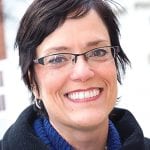 Holyoke Community College (HCC) recently welcomed Amy Brandt as its new dean of Health Sciences and Culinary Arts. Brandt most recently worked as associate vice president and dean of Health Sciences at Broome Community College in Binghamton, N.Y., which is part of the State University of New York system. At SUNY Broome, she focused on developing partnerships with local area hospitals to address healthcare-worker shortages and advocated for enhanced use of simulation to improve clinical education and position programs to remain current with emerging national trends in healthcare education. At HCC, she will oversee seven academic programs: Foundations of Health, Medical Assisting, Medical Billing and Coding, Nursing (associate of science and practical), Radiologic Technology, Veterinary and Animal Science, and Culinary Arts. Brandt holds a master’s degree in social work from California State University, Sacramento, and a Ph.D. in social work from the University of California Los Angeles. After earning her Ph.D., she began working in education, initially at the University of California Berkeley in the School of Social Welfare, where she focused on program administration and teaching introductory social-work courses. In 2007, she transitioned to the community-college setting in California, focusing on allied-health education, and she has worked on allied-health program development in California, Florida, Texas, and New York. 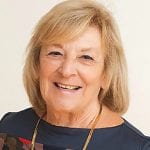 The Royal Law Firm announced the return from retirement of attorney Rosemary Nevins. Nevins’ legal career in management-side labor and employment law has spanned more than 30 years. She has handled nearly two dozen trials to verdict, represented clients during several arbitrations, and conducted numerous seminars and training sessions for supervisory personnel and human-resources managers dealing with myriad subjects germane to the employment relationship. In 2013, Massachusetts Lawyers Weekly recognized Nevins as a Top Woman of Law. She has authored numerous articles on employment-related topics and previously served as associate editor of the Massachusetts Employment Law Newsletter. 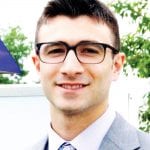 Michael Ostrowski, president and CEO of Arrha Credit Union, announced that acting Chief Financial Officer Lucas Manzi has been appointed to a permanent position in that role. Before being promoted to acting CFO, Manzi was the Accounting Department and Finance manager at Arrha Credit Union. Manzi is a recipient of the 2019 Credit Union Difference Maker’s Award presented by the Cooperative Credit Union Assoc. at the 2019 Credit Union Marketplace Experience, Ostrowski noted. The show highlighted new technology and offered breakout sessions in many topics, including cybersecurity, latest trends in digital banking, and ways to enhance member experience. Manzi is also a member of the Arrha asset-liability committee. He has a BBA in accounting from the Isenberg School of Management at UMass Amherst. 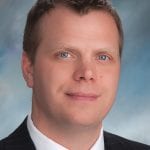 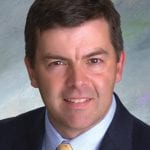 Bacon Wilson announced that two of the firm’s attorneys have been promoted. Daniel McKellick and Christopher Pierson have both been named shareholders. McKellick is a business and real-estate attorney who works primarily on commercial and corporate matters, including real-estate transactions, leases, commercial lending, mergers and acquisitions, business startup and succession, and contract drafting and review. His prior experience in senior management for a large wholesale distribution company provides him with insight into business operations and profitability. He is licensed to practice in both Massachusetts and Connecticut. Pierson is an experienced trial attorney who has successfully tried numerous cases to verdict in courts across Massachusetts. His practice encompasses all aspects of civil litigation, including commercial disputes, individual matters, and accident and injury litigation. He is a graduate of Northeastern University Law School and Gettysburg College. 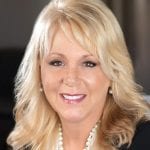 Adam Corcoran, president and CEO of Alden Credit Union, announced that Carole Bolduc will join Alden Credit Union as an LPL financial advisor with FR Investment Group. Bolduc is a lifelong resident of Western Mass. and an LPL financing advisor with 11 years of experience. She holds her series 6, 7, 63, and 66 securities registration through LPL Financial, along with a Massachusetts life-insurance license. She is registered to service clients with LPL Financial in Massachusetts, Connecticut, Virginia, Florida, South Carolina, California, and Arizona.

W.D. Cowls named Tony Maroulis its vice president for Real Estate and Community Development. A regional leader in economic and community development, tourism, and the arts, Maroulis will focus his efforts on building the Mill District into a premier Pioneer Valley destination, while looking to grow the company’s real-estate and business portfolio. Maroulis has worked in the chancellor’s office at UMass since 2014, when he was hired as director of Community Relations to serve as liaison with local communities, civic groups, and neighbors while advising the campus administration on community-relations issues. Since 2017, he has served as executive director of External Relations and University Events. From 2008 to 2014, Maroulis was executive director of the Amherst Area Chamber of Commerce. He led a successful rebranding of the chamber and was instrumental in planning and launching the Amherst Business Improvement District and the Hampshire County Regional Tourism Council, which he co-directed from 2010 to 2014. Prior to his work in economic and community development, Maroulis was co-director and owner of wünderarts, a commercial art gallery in Amherst, located in the same place as Cowls’ first hardware store. Before that, he had jobs in operations, fundraising, and marketing arts and cultural organizations, including Museums10, the Emily Dickinson Museum, and the Metropolitan Museum of Art in New York City. Maroulis was a 2009 BusinessWest 40 Under Forty honoree, a 2014 Amherst Area Chamber of Commerce Chamber MVP, and in 2020 was awarded the Helen Mitchell Community Service Award by Family Outreach of Amherst. He currently serves on the boards of Leadership Pioneer Valley, United Way of Hampshire County, and the Amherst Business Improvement District. 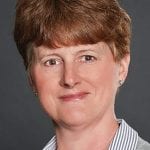 LUSO Federal Credit Union announced the appointment of Jennifer Cowles to chief lending officer. She will be responsible for managing all lending staff and the credit union’s loan portfolio, while ensuring that the institution’s lending goals are met. Cowles holds a BBA in finance from the Isenberg School of Management at UMass Amherst and has more than 25 years of experience across the financial-services and real-estate industries. She has an extensive background in real-estate lending and loan servicing, investor relations, secondary market, and risk management, and most recently served as vice president of Mortgage Lending and Loan Servicing for a credit union based in Worcester County. In addition to her professional accomplishments, Cowles serves on the Board for CU REALM and is also on the board for the new England CUREN. She also served as an executive committee member for the CUNA Lending Council and chaired the CUNA Lending Council regulatory/legislative committee. 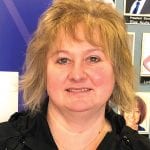 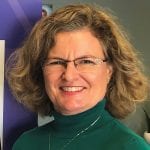 The Realtor Assoc. of Pioneer Valley (RAPV) announced its annual award winners at the association’s virtual Holiday Celebration meeting on Dec. 9. The Realtor of the Year for 2020 is Kelly Page of Trademark Real Estate. The Affiliate of the Year is Michele Welch of Embrace Home Loans. A Realtor since 1997, Page is the broker/owner of Trademark Real Estate and has served on the RAPV board of directors since 2014. She has also served on the grievance, professional development, professional standards, communications, member engagement, and strategic planning committees. Page has given back to the community by attending in-person and virtual events and assisting with the Shriners Hospitals for Children blanket drive and training in new-member orientations, and also took time to achieve the C2EX and earn her CRB designation. The senior loan officer at Embrace Home Loans, Welch has been a member of RAPV since 2016 and has served on the community service, affiliate-Realtor, and government affairs committees. She has demonstrated a tremendous amount of support to the association and in community outreach and volunteered in RAPV’s community-service efforts through fundraising, shelter support, supporting the Shriners Hospitals for Children blanket project, and being heavily involved with Revitalize CDC. 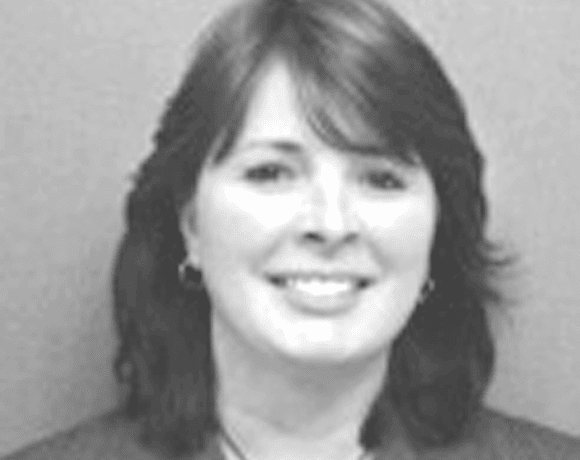