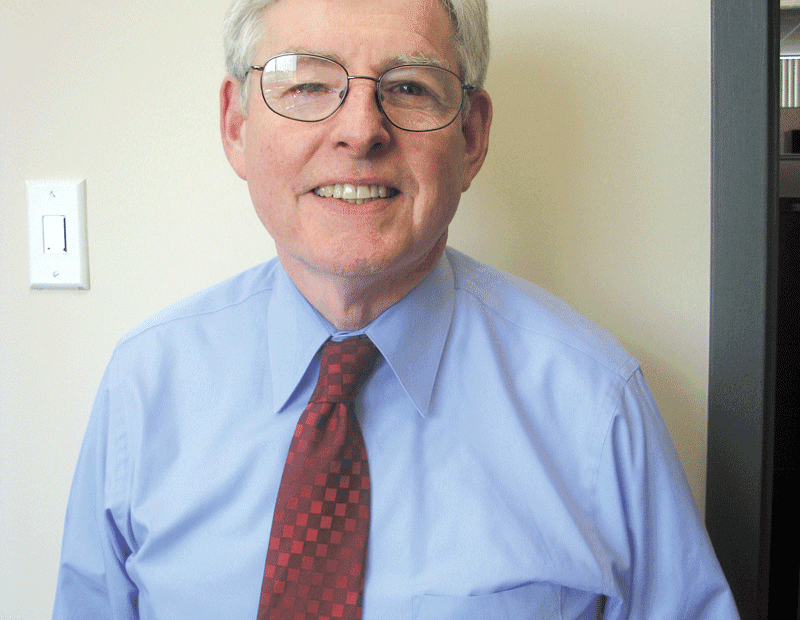 For Holyoke, the High- performance Computing Center Is Only the Beginning 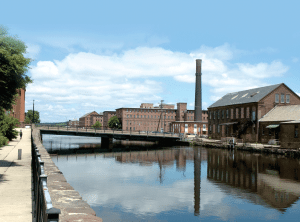 The high-performance computing center soon to take shape in downtown Holyoke is a large project creating a good deal of excitement. Two things it won’t create directly, however, are large numbers of jobs and tax revenue. So area planning officials are hard at work looking at ways to generate both indirectly. They call it leveraging an asset. The strategies being developed have many facets, and are summed up by one official as a “surround-sound approach to economic development.”

The high-performance computing center being developed in downtown Holyoke brings together a group of public and private partners in a groundbreaking initiative that will eventually provide unparalleled computing power for the state’s most prestigious universities.
Imagine its impact on … farming.
No, really.
“The high-performance computing center will generate a lot of heat,” said Kathleen Anderson, director of Holyoke’s Office of Planning and Development. “If we did urban agriculture, we could take the heat from the computing center and pump it into greenhouses or possibly older mill buildings and start growing things.”Such a project, she said, could generate more than 100 jobs.
“Then there’s distributors, processing plants up and down the Valley … how do you include them? An asset like that in Holyoke would need distribution, processing, transportation — how can we leverage that asset to help other businesses in the Valley?” 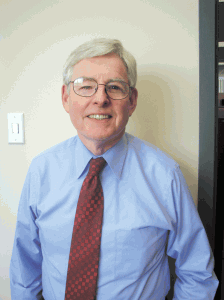 Tim Brennan says efforts to leverage the computing centers can be described as “the surround-sound approach to economic development.”

Tim Brennan, executive director of the Pioneer Valley Planning Commission, also cited agriculture as a way to create economic development from a facility that in itself won’t generate many jobs for the city.
“Can we capture the heat it gives off and create a very large-scale urban greenhouse where we could have vegetable production year-round?” he said. “That’s an asset to much of the region; many farmers are active in agricultural production but see the winter period as downtime, because the climate in New England is not conducive to growing in every season. And it could help create middle-income jobs with benefits for people in Holyoke.”
What has members of the Holyoke Innovation District Task Force — a broad partnership charged with leveraging the computing center and related downtown efforts into large-scale economic development — so excited isn’t the prospect of growing crops in a former mill. It’s that urban agriculture represents only one of many ways to make the city’s (and region’s) economy more robust.
Urban farming, said Brennan, “is an example people can get their heads around of how we can create leverage out of the computing center and get jobs and also off-site benefits that ripple positively to the regional economy. This region is disposed to being at the cutting edge, so can we use that quality to fuel more innovation, more technological entities here? And they don’t necessarily need to all be in Holyoke.”
“The strategy,” said Anderson, “is basically to determine what industries are most likely to take advantage of the assets in Holyoke and the Pioneer Valley and where they’re likely to locate. So we’re looking at economic opportunities within the Innovation District, the entire city of Holyoke, and the whole Pioneer Valley, and asking, what are the related investment pieces and strategies needed to achieve this economic potential?”

Thinking Big
The task force, Anderson explained, developed strategies with a threefold overall goal in mind: to increase and improve job opportunities for the residents of Holyoke and the Pioneer Valley, to attract an increased level of private investment into Holyoke, and to connect the green high-performance computing center and various regional assets into an integrated economic-development marketing and delivery system.
The eight broad strategies that sprung from this multi-pronged goal target different aspects of economic development, but tend to originate from strengths Holyoke already possesses. Clean-energy innovation and development is one example.
The idea is to maintain the city’s low-cost, renewable-energy-based competitive advantage by expanding the city’s portfolio of cost-effective renewable-energy generation capacity, and eventually transform Holyoke into a global leader in clean-energy research and applications. A longer-term objective is to convert that research into the widespread manufacturing of clean-energy products.
That goal makes sense in the context of Holyoke’s hydropower capacity, one of the significant factors in the computing center being located there.
“Holyoke Gas & Electric has the cheapest electrical rates in New England for industrial customers,” Anderson said. “They (center developers) saw the low-cost real estate and also wanted clean energy with hydro, and we were able to do that.”
Holyoke Mayor Elaine Pluta is certainly thinking big about Holyoke as a renewable-energy leader.
“Our overall goal is to become as close to 100% renewable energy as soon as possible,” she said. “That’s the message, and the word will get out, because we’re going to be promoting that to the economic developers and letting them know that, if they want to do green projects, this is the city to come to. The computing center is going to be a green project, and that’s going to be one of the first of many, we hope.”
Brennan has long been an advocate of moving toward renewable energy as the world’s primary source of power — and of thinking urgently about the issue.
“High energy costs, uncertainty of supplies, and threats from climate change are changing everything,” he said. “The transition from coal as the primary fuel source in this country took 30 to 50 years. I don’t think we have 30 to 50 years this time, so those parts of the country that don’t get out in front of this wave are going to fall behind it. We’ll also take that message about low energy costs and carry it as far as we can.”
Other strategies the task force has developed include:
• making the Innovation District a sort of laboratory for innovation and entrepreneurship, with assets in place to support startups;
• leveraging the region’s colleges and universities as a critical part of its talent base and reputation;
• creating more sites ready for development and redevelopment by identifying priority sites, selectively clearing and remediating abandoned properties, and providing incentives to encourage investment;
• coordinating among all regional economic-development players to streamline the processes for attracting and retaining businesses;
• creating and growing an information-technology industry cluster; and
• retaining and growing manufacturing opportunities in Holyoke by building from the city’s existing advantages, such as low-cost energy and real estate, available workforce, and transportation access.
In short, “the high-performance computing center is coming to Holyoke, so how do we leverage that opportunity?” Anderson said. “We know there’s going to be a minimal amount of jobs and no taxes — it’s a tax-exempt entity — so this task force was established to leverage this opportunity for economic-development opportunities.”
Pluta partly disputed those jobs-and-taxes claims, noting that “there will be a small amount of jobs, and we are going to be looking at a small amount of tax revenue from them. But, yes, we are mostly looking for the spinoff on that development, and it’s going to have an effect on all our economic development, especially in the immediate area.
“We already have the building across the way from [the computing center] being rehabbed for office space, and we’re looking for more of that,” she added. “We are making progress, and I’m assured that, within a short period of time, we’ll be targeting pieces of property where we anticipate seeing development and preparing those parcels for someone to come in and develop. We’re getting very close to being at that point in time.”

Scoring Opportunities
Brennan noted that the strategy part of the process is complete; “now we’re working with what’s been handed to us and trying not to fumble it, but taking it up the field to score.
“There are multiple tracks,” he noted. “What does Holyoke need to do, and what benefits can be derived locally, and what things does the region have to do, and what benefits can be derived from a regional perspective? Then there’s obviously heavy state interest in the whole property, as much as the state itself has an investment. This is sort of a surround-sound approach to economic development.”
Brennan stressed the need to prioritize. “We can’t do everything. We have to take these recommendations and assign some priorities to them, put them into time zones. What do we need to do in the short term that’s achievable? Mid-range and longer-range items need more time, but might have a more significant payoff.”
Pluta said she foresees a snowball effect once economic development related to the Innovation District begins in Holyoke, in no small part due to factors such as the city’s affordability and capacity for renewable energy.
“We want to create a climate for businesses to come, not only to Holyoke, but to the Pioneer Valley,” Anderson said. “A lot of people in Holyoke need jobs, so what kind of strategy could we use to create them? What things can we do to deal with that?”
Again, Brennan said, the idea is to determine what can be accomplished right away, and what needs to be cultivated over time.
“I think the Holyoke high-performance computing center is an attractive force, but the ability to be a magnet and pull firms from outside the region and outside Holyoke is one of the mid- or long-term targets,” he told BusinessWest. “I honestly see that, in the short term, small and mid-sized businesses are where the action is, and we have these within this region. We need to grow our own economic base in the Valley through entrepreneurship, and nurture the businesses we have and allow them to grow.”
In Brennan’s view – and he’s been observing the business culture in the Pioneer Valley for a long time – the raw materials are there.
“One of the things this work reinforces is that what matters most to all future economic development is not tax breaks, it’s not land – it’s about talent,” he said. “Talent matters most, and diversity is a close second. There are disguised opportunities here that the work of the task force has teased out.”
Anderson heartily agreed.
“I think right now, between the urban-renewal plan in our urban core and the whole Innovation District task-force strategies, there are a lot of eyes on Holyoke and how we can make a better business climate in the region,” she said. “To me, this work solidifies the things I know to be true, but we’re still trying to accomplish what’s been very difficult to accomplish.”
Still, she added, “I’m confident we have the strategy moving forward to benefit Holyoke and the region.” 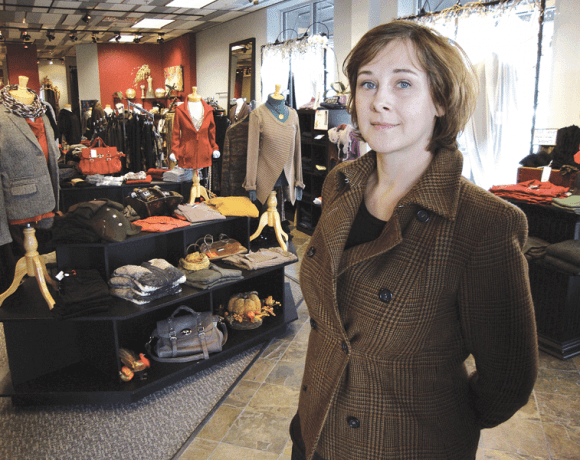