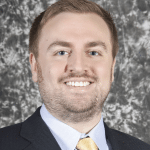 This July, two developments touching on the topic of independent contractors and the issue of potential worker misclassification have been in the news.

As background, it’s nearly impossible for Massachusetts employers to classify a worker as anything other than an employee: the state’s Independent Contractor Law is very narrow, and most workers will not meet the test for independent-contractor status.

Nonetheless, last month, the federal District Court for Massachusetts ruled that federal law preempts part of Massachusetts’ Independent Contractor Law as it applies to businesses that can be considered ‘motor carriers.’ Just one week later, the U.S. Department of Labor issued an administrator’s interpretation on how to determine whether workers should be classified as employees or independent contractors under the Fair Labor Standards Act.

For most Massachusetts employers, however, neither of these developments represents a significant change.

In brief, the FAAA preempts state laws “related to a price, route, or service of any motor carrier … with respect to the transportation of property.” The problem for MDA and its member businesses was that, based on the plain language of the state’s independent contractor law, they all would fail the test because the services provided by the drivers are directly within the members’ ordinary course of business, known as ‘prong B’ of the Independent Contractor Law’s ‘ABC’ test.

MDA argued that, to comply with the Independent Contractor Law, its members must change their national business model or risk penalties. National companies that utilize independent owner-operators to deliver products in the other 49 states are unable to do so in Massachusetts; no other state has made the use of this business model unlawful.

Complying with the Massachusetts statute, therefore, would drive up costs and adversely affect prices, routes, and services. Additionally, not only is the Independent Contractor Law expressly pre-empted by the FAAA, but it also imposes an impermissible burden on interstate commerce. The District Court agreed with the MDA that the FAAA pre-empts prong B of the ABC test because, if it were applied to any motor carriers, their drivers would have to be classified as employees rather than independent contractors. Motor carriers have a long history of using independent contractors to perform deliveries. Therefore, forcing MDA’s member businesses to classify the drivers as employees would necessarily affect prices, routes, or services.”

However, the court made it clear that its ruling is limited to only motor carriers and that the pre-emption is limited to prong B of the statute’s ABC test, not the entire test, and therefore it is still possible that the motor carriers could fail the other two prongs of the test and be required to treat drivers as employees.

On a national level, misclassification of employees as independent contractors has been on the radar screen for the U.S. Department of Labor for some time. The administrator’s interpretation issued by the DOL on July 15 is, at its essence, a guidance document explaining the factors and considerations taken into account by the DOL when analyzing cases involving independent-contractor misclassification cases.

In contrast with the Massachusetts statute, the DOL uses the ‘economic-reality test’ to decide whether a worker is an employee or an independent contractor. The guidance explains how all of its numerous factors are applied in each case, with none of the factors dominating over the others.

According to the DOL, the test is almost more of an economic-dependence test than an economic-reality test, in the sense that the central question that all the factors contribute to is whether the worker in question is “economically dependent on the employer or truly in business for him or herself.” This is not a shift in philosophy, just a clarification on the existing process. For Massachusetts employers, this guidance will be relevant in misclassification cases brought under the FLSA.

Neither the MDA case nor the DOL guidance have an effect on the way that most Massachusetts employers should classify their workers. Massachusetts’ independent-contractor statute remains one of the toughest in the nation, and almost all workers in the state should be considered employers, not independent contractors.

The MDA case is of great significance to motor-carrier employers, but has little relevance to most employers. The DOL guidance relates only to the analysis under federal law and is not a change in their current process, but rather a further explanation of how the DOL is interpreting the law. Massachusetts employers are bound by state law when determining whether their workers should be classified as employees or independent contractors.

Because violations of the Independent Contractor Law can create huge liability, Massachusetts employers should consult with labor and employment counsel to ensure they are complying with both state and federal law in this complicated area.

David McBride is an associate with the labor and employment firm Skoler, Abbott & Presser, P.C., concentrating his practice on labor relations and employment law for management; (413) 737-4753.