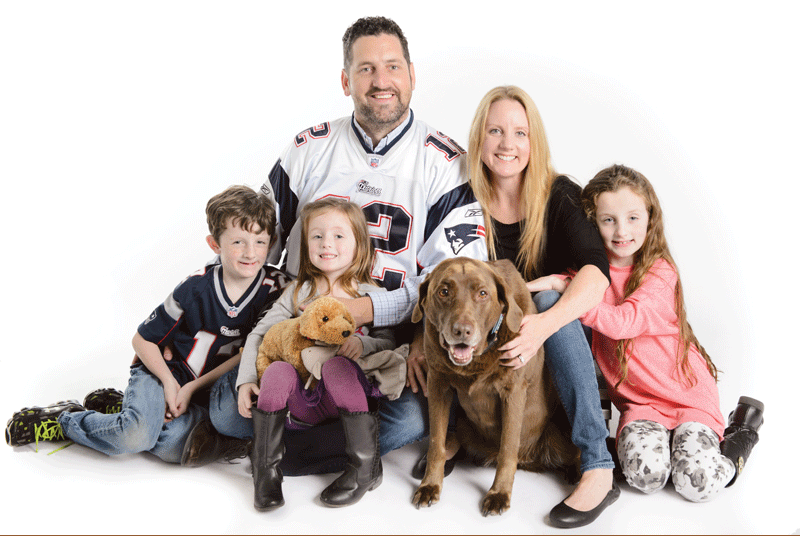 Even though he studied human resources in college, Ross Giombetti wanted to strike out on his own before considering joining the business his father, Rick, started in 1986. So he went to work for a large regional company.

After a few years, however, “I didn’t feel like I was truly making a difference in developing great businesses and training leaders. That’s why I joined my father.”

After all, Hampden-based Giombetti Associates had built a solid reputation helping businesses grow through coaching, team building, and leadership training. “The bottom line is, everything we do comes back to building great organizations through people.”

Since joining the family business in 2004, his role has morphed over the years, and — in recent years as vice president — focused on what he calls “developing teams, developing culture, and developing people.” But that role expanded in April when his father stepped down and passed leadership of Giombetti Associates to Ross.

Still, he said, even as his responsibilities grow, his priorities won’t change, particularly involving his wife, Elizabeth, and children, Noelle, Ryan, and Lainey.

“Relationships really mean everything to me. My family, my friends, my kids, our clients, the people in my life — I wouldn’t trade them for anything in the world.”

He maintains significant relationships outside the office, too, from his five years coaching softball, soccer, baseball, and basketball teams in Wilbraham to an intriguing mentorship program he launched at Minnechaug Regional High School in 2012.

Through this initiative, Giombetti coaches students to help them determine their goals and what they need to work on to achieve them. “We help them identify potential career paths or fields of study they would enjoy. We just graduated our first group last year, and I see the growth and development in these students. They are our future.”

In short, he loves watching people change for the better.

“Regardless of the age of the individual, whether I’m coaching a high-school student or a 70-year-old business owner, to see them grow and change and the impact we had on them — that’s the single most rewarding thing I do. It gets me up in the morning.”