How Would a Casino Impact Downtown Real Estate? 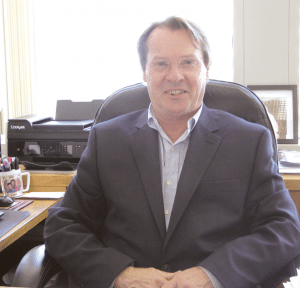 John Williamson says a casino, if approved, will start a chain reaction of tenant relocations and other real-estate activity.

John Williamson says “the stage is being set” for a flurry of real-estate activity in downtown Springfield — all related to an $800 million casino development that might never materialize.
“There’s an interesting dynamic taking place in the central business district of Springfield,” said the president of Williamson Commercial Properties. In the event that MGM Resorts International wins its bid to build a gaming resort just a few blocks south of the downtown towers, “they’re in the process of trying to assemble as much of the property as they can in the project area, which involves getting various properties under contract to purchase.”
Robert Greeley, partner at R.J. Greeley Co., has noticed the same dynamic taking shape. “Still, until a decision is made, however long that takes, there are so many uncertainties that it’s very difficult for people to make decisions,” he noted. “A lot of owners and landlords will hold out, thinking there’s a windfall on its way, but until they know whether the casino is coming or not, it just puts a significant unknown into the equation.” 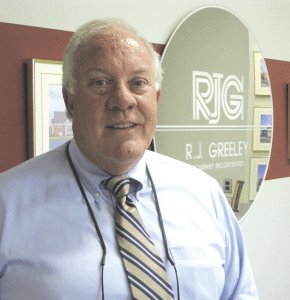 The general consensus among real-estate brokers headquartered in downtown Springfield is that the short-term chess moves — building owners contracting with MGM and current tenants of those buildings scrambling to find other homes for their businesses — has begun in earnest, particularly since city leaders chose to back MGM’s project over the other competing proposal, by Penn National Gaming in the North End.
“We’re anticipating the relocation of some businesses in the project area, and those things are all ongoing,” Williamson said. “There are numerous properties that MGM has under contract; if the casino goes through, it will acquire those properties. There are also a few properties they’ve already purchased. If the casino doesn’t go through, they’ll simply turn around and sell the properties they acquired.”
None of this early movement should come as a surprise, said Evan Plotkin, president of NAI Plotkin, considering the scope and cost of the proposal — neither of which Springfield has encountered before.
“That’s going to impact a lot of things that go on downtown. In the short term, in anticipation of a possible casino, a lot of people are jockeying around, trying to relocate. The goal is to try to keep businesses in the downtown and not have them move out. My sense is that many of the businesses want to stay in the downtown.”
And that perception touches on the bigger real-estate question downtown: what will the long-term impact be if the Gaming Commission grants MGM a casino license early next year, when the voting is slated to take place?
“There’s a positive effect on the commercial market already taking place, and also expanding opportunity out there in the form of speculation,” Williamson said. “I know there are properties that, because of the fact that they may be acquired, have magically increased in value, so there’s a lot of jockeying for position going on.
“If the casino comes to Springfield,” he continued, “it’s going to have a dramatic impact on the commercial market, and especially the commercial office market, because there are several office buildings in the project area that will be razed to make room for the casino. Those tenants have to find alternative quarters, and that means the amount of office space in the market will decline, and vacancy will diminish. That increase in occupancy raises the value of all properties, which benefits the tax base. It’s good old supply and demand.”
Some aren’t convinced, however, that a casino will be an attractive business neighbor, particularly in the short team. Greeley, for one, cited potential impacts on traffic, street closures, and general construction-related bustle for several years to come. “I think most people who have not experienced this scale of project will be freaked out by the kind of traffic impacts this thing has.”
For this issue’s focus on commercial real estate, BusinessWest delves into the pros and cons, both short- and long-term, of the proposed MGM Springfield casino, and why it’s generating both excitement and anxiety for area property owners and tenants alike.

Lease of Their Problems
Springfield is competing with two other proposals — Hard Rock International in West Springfield, and Mohegan Sun in Palmer — for the sole gaming license the state will award in Western Mass. If MGM is successful, Williamson said, commercial vacancy downtown will certainly decline.
“Landlords now sitting on a lot of vacancy have potential to fill varying amounts of that space up. It’s good for the market all around,” he told BusinessWest. “Lease rates in Springfield have been flat or slightly declining for years, moreso in the class B and C market — the class A market is pretty stable ­and really won’t be impacted as significantly as B and C properties at the present time.”
From a broker’s perspective, he said, the project will generate demand for space, at least within a six- or seven-block radius of the casino. “This has been called the largest economic-development project in the history of Springfield, taking place smack dab in the heart of the central business district. It will really strengthen the class B and C commercial properties downtown.”
One downside, he said, is tenants finding they have to pay more rent than they are currently paying, “but in some cases, the landlord is going to have to buy them out of their leases, if they have long-term leases, because they need the building to be sold free and clear of all tenants. That may offset any increase in rent they’ll have to pay.”
The possibility of a casino has placed many businesses in a tough place, Greeley said — both those interested in moving into the casino zone, and those who might be forced out. “No one wants to sign a long-term lease not knowing what the future is going to be. It’s a problem.”
And if the casino doesn’t come, he added, after all the preliminary scurrying among property owners near the MGM proposal, “a lot of people will be left with stars in their eyes, and it’ll take them awhile to come back down to earth and be realistic about what the market is without a casino.”
As an analogy, he cited a CVS or Walgreens that overpays — say, $1.5 million — for a corner lot. “Now, the owners of the other three corners, who paid $400,000, think they can get a million and a half, but that’s not going to happen just because CVS was willing to pay it. That purchase really distorts the market.”
In the same way, he continued, if the casino era closes in Springfield several months from now, as abruptly as it began, site owners who were hoping for a casino buyout might be left with an inflated sense of how much South End property is actually worth.
But if MGM does win the Western Mass. bid, “you’ll see opportunities for businesses,” Williamson said. “Some stand-alone businesses may be able to replicate what they do inside the casino. It’s really to MGM’s credit that they’re looking at local companies to have a major presence in the casino. Some of the mom-and-pops may find themselves smack dab right in the middle of the most expensive economic-development project to take place in this city.”
Plotkin agreed, citing MGM’s promotion of its ‘inside-out’ casino concept, one that incorporates surrounding businesses in the project.
“The development plan is very outward-focused, and it’s going to incorporate a lot of the other businesses and entertainment venues downtown,” he said. “And I would hope the cultural and entertainment aspects will not only be an attraction regionally for people to come and visit Springfield, but perhaps to live in Springfield.”
Plotkin likes to paint a picture of downtown Springfield as a sort of an “urban theme park,” he explained. “How do you create that? What do you need to incorporate in a downtown to make it welcoming for people to live and work? If you have a catalyst like MGM, a development of that size and scope, it’s natural you’re going to have spinoff businesses, and hopefully that will lead to more development of market-rate housing and subsequent retail — not just retail associated with the casino, but other retail that you would need to provide goods and services to people moving downtown. I think there’s potential for tremendous spinoff.”

In Demand
Of course, that kind of commercial spinoff will require an influx of talented workers, in a variety of fields, Plotkin noted.
“Businesses are looking for a trained workforce, and a lot of us on the sidelines are wondering if there is enough of a trained workforce in the region to satisfy what MGM needs,” he said, adding that Greater Springfield companies will also have to deal with competition from a casino that needs some 2,000 employees and will certainly lure many away from their current jobs. “I think it’s important that businesses see an increased flow of human capital to the area; that’s a critical point for our success as a city.”
Greeley — who was involved in a third Springfield casino proposal, pitched by Ameristar Casinos on Page Boulevard, until that project was withdrawn late last year — remains unconvinced that a South End casino will be the economic-development catalyst many hope it will be.
“If the casino comes, you have all the impacts over three years, at least, for all the construction and disruption that accompanies such a project,” he said. “This will be the largest construction project in the history of Springfield, and if it’s coming, it’s going to take years for the property owners not directly involved with the casino to come to terms with whether or not they’re going to be positively affected.
“I don’t want to be the rain-on-the-parade guy,” Greeley continued, “but I am very skeptical how much positive effect there will be outside the casino-owned facilities. For example, I don’t think the Fort restaurant will benefit. People aren’t going to eat at the Fort, then come to the casino. That’s not the mentality anywhere.”
Plotkin disagrees. “In all my discussions with MGM, we believe they’re an organization that has a great understanding of what the urban landscape should look like. They’re not looking at a casino in a vacuum; they’re looking at the big picture. Frankly, nobody wants to visit a city just to drop into the city casino, and then leave.
“This is an opportunity,” he told BusinessWest, “to make the entire city more welcoming, to shine a light on some other offerings we have as a downtown, which are many, but have been underappreciated by a lot of people.”
Greeley sees it differently. “A lot of people are drinking the Kool-Aid about how impactful this is going to be on development outside the casino footprint,” he said, “but nothing suggests to me that adding a whole bunch of traffic to the South End will be helpful to other businesses than those directly involved in the casino.
“I think this is being sold as a panacea,” he concluded. “That’s how it’s being marketed. But I haven’t seen a building yet where the renderings didn’t look wonderful.” 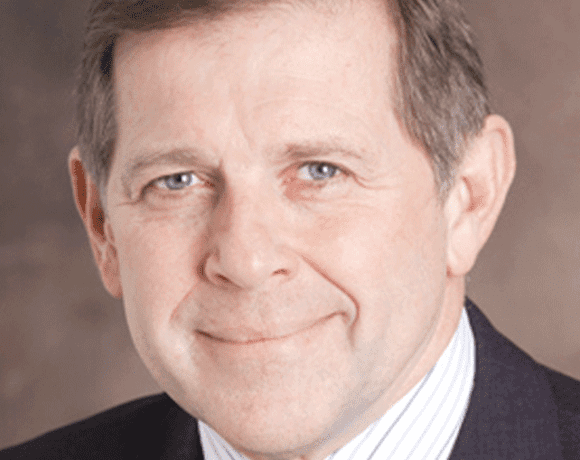 Baby Boomers by the Numbers