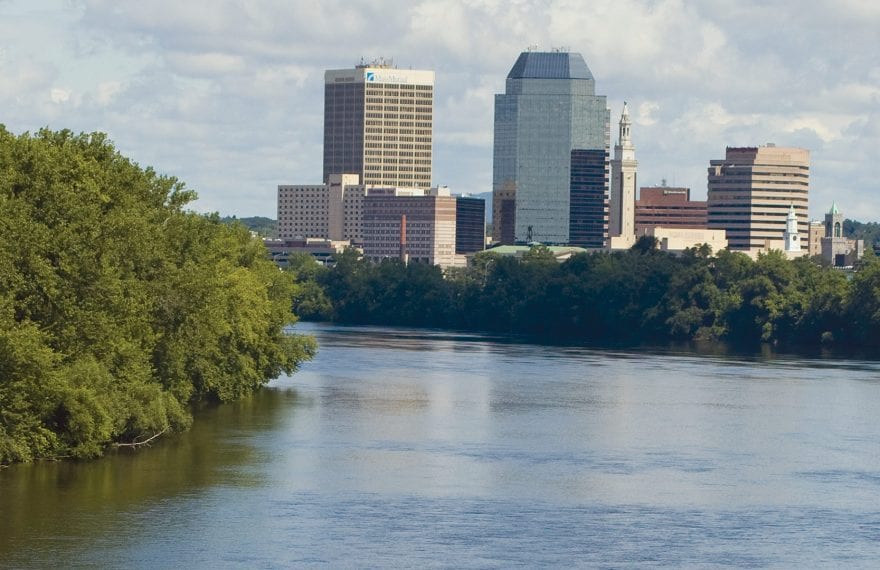 Volunteers with work gloves and trash bags got dirty — and some got wet — in their effort to remove nearly 50 tons of trash from in and along the rivers. This massive effort for cleaner rivers included over 50 groups from the Massachusetts region of the four-state Connecticut River basin. Groups included local river and conservation groups; elementary, high-school, and college students; Girl and Boy Scouts; and many employee volunteer groups from local businesses.

Notably, CRC worked with Northeast Paving and the Franklin County Sheriff’s Department to remove 650 tires from a tire dump along the Deerfield River in Greenfield. The effort involved manually loading tires into machinery that hauled the tires from the ravine and trucking them to another location where they were hosed off by the Greenfield Fire Department and later removed for recycling by Bridgestone Tires4Ward.

Now, focus shifts to preventing trash in the first place.

“Source to Sea Cleanup volunteers’ hard work and dedication is inspiring and makes a real difference for our rivers,” says Andrew Fisk, CRC’s executive director. “But our work isn’t done until we put ourselves out of the river-cleanup business.”

While the two-day cleanup event is over for this year, CRC continues its work on trash pollution year-round. Via social media, CRC is especially challenging two companies — Dunkin’ Donuts and Cumberland Farms — whose trash is regularly found during the annual cleanup.

“We invite everyone to join us in telling them we expect better,” said Stacey Source to Sea Cleanup coordinator. “We want less single-use plastic and plastic foam, we want more reusable and compostable options, and we want items that are easier to recycle and keep out of landfills.

“We need our legislators, businesses, and manufacturers to see just how bad the problem is and hear from their constituents and customers that we aren’t going to put up with them ignoring this problem any longer,” she added. “We’ve been doing our part for 23 years by cleaning up our rivers. It’s time they finally do their part in helping solve our trash problem.”

Companies like Dunkin’ Donuts and Cumberland Farms have a unique opportunity to make a huge difference for rivers by using more environmentally friendly options, Fisk noted.

“We all have a responsibility to solve this problem — individuals, manufacturers, businesses, and government,” he said. “After cleaning up over 1,100 tons of trash over the course of 23 years, it’s clear that repeated cleaning is not the solution to our trash problem. We need to redesign our economy so there isn’t waste in the first place. These ideas are going to take time, decades even. And we’ll keep at it as long as it takes. But our rivers need change now.”

In addition to the tons of small litter picked up this year by volunteers, CRC’s Source to Sea Cleanup also tackles large trash-dump sites and removes large debris from the rivers. For example, 54 tires were removed from the Connecticut River at the mouth of the Ashuelot River in New Hampshire, and large chunks of metal were pulled from the Ottauquechee River in Vermont.

Eversource, the lead Source to Sea Cleanup sponsor, had three employee cleanup groups — one each in Massachusetts, Connecticut, and New Hampshire.

“At Eversource, we’re committed to caring for the environment and take great care to promote conservation while carefully managing natural and cultural resources,” said Rod Powell, the company’s president of Corporate Citizenship.