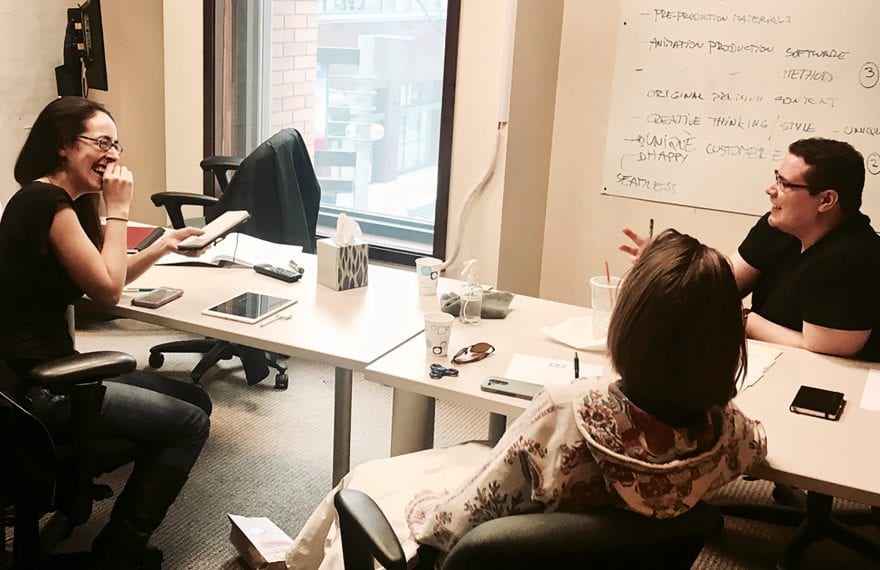 Bringing a Message to Life 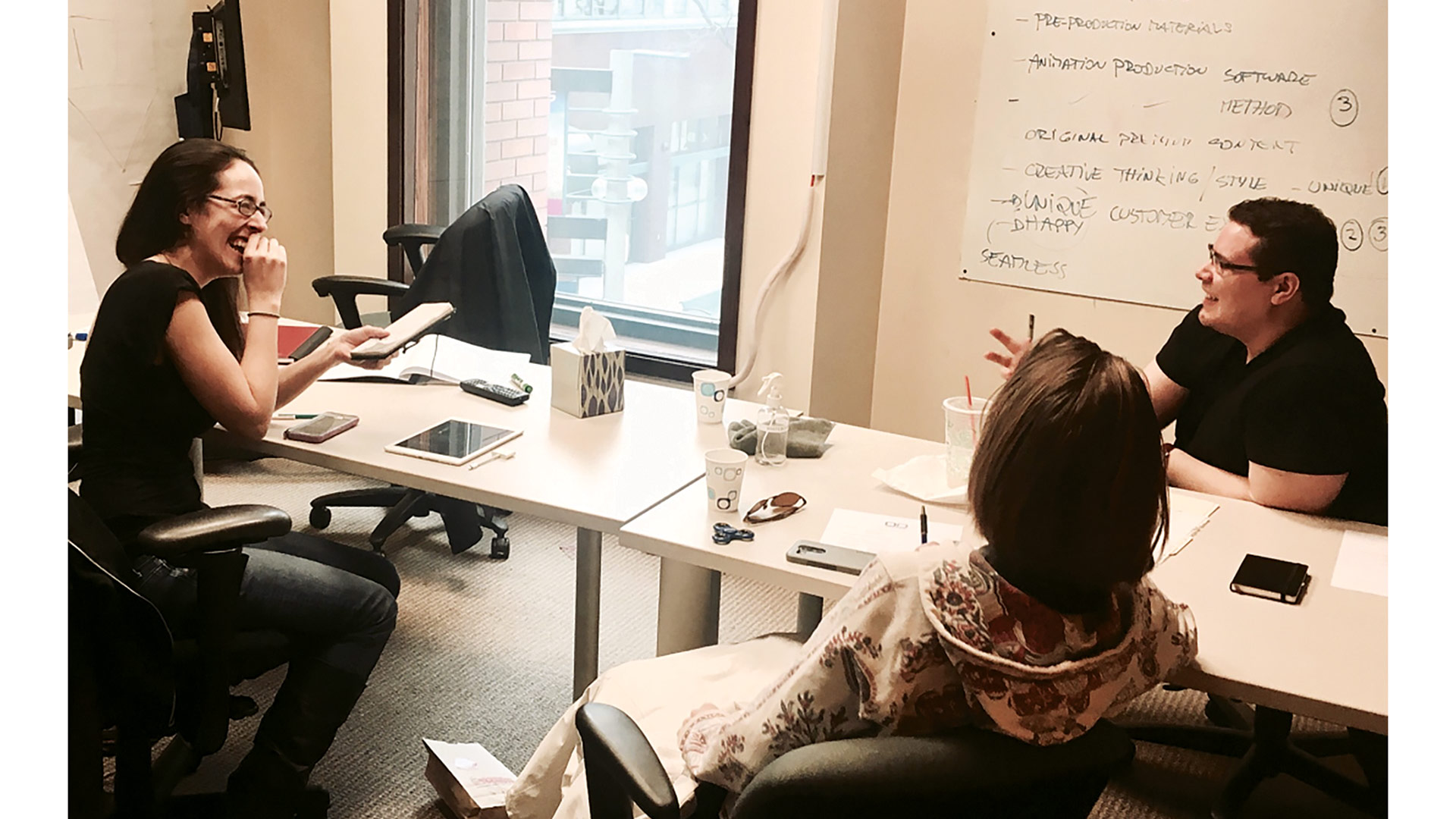 From left, Kathryn Taccone, Karen Webb, and Will Colón discuss a project.

Will Colón, Kathryn Taccone, and Karen Webb all took different paths to a career in animation, but when the opportunity arose to launch their own company, they were certainly of one mind. That’s because they’re believers not only in the potential of animation in the business and nonprofit worlds, but that it’s still an underused tool, with plenty of room to grow. Four years after its inception, Open Pixel Studios is proving their conviction to be true.

Remote work might be all the rage right now, but it’s nothing new to the three partners at Open Pixel Studios.

“The future of work is working remotely, having the systems to do that, working with multiple people across different disciplines across the same project — all in a remote environment,” said Will Colón, co-owner of the animation studio he, Kathryn Taccone, and Karen Webb opened in 2017. These days, they work with freelancers across the U.S. to create content for business and nonprofit clients.

“We were doing the remote thing for quite a while before the pandemic hit,” Colón added. “The pandemic really raised the stakes on whether we were doing this correctly — it put us to the test a little bit. But there was almost no shift; our business did not waver at all.”

“What ended up happening was more people asked us for more work,” he went on. “Normally, a production requires filming and video and people in a studio or on a production set. Those roles diminished overnight, and everyone said, ‘what else can we do? Instead of having people on a screen, or talking heads, let’s do animation instead.’ It was a really big boost to our company.”

And it’s not all remote, even during the pandemic, Taccone was quick to note. “We pride ourselves on being able to communicate with clients in a way that’s comfortable for them. Sometimes clients prefer to be in person, and sometimes it’s totally fine sending e-mails. We try to match how the project is managed, and the way we communicate, to their personalities, so everyone is comfortable.”

Using animation for marketing and messaging is nothing new, Colón said, citing the well-known example of Walt Disney producing animated shorts for every branch of the U.S. military during World War II, putting beloved characters to work rallying support for the war effort.

“I don’t think the things we’re doing are much different than Walt Disney creating content during World War II. Those were ‘explainer videos,’ talking through the points the military wanted to talk about. So this isn’t new technology. What’s new is the application.”

Meaning, while animation has been a mainstay during the internet age — as part of websites, mobile games, and in movies and television — it remains underused by businesses. Colón, Taccone, and Webb are hoping to change that. 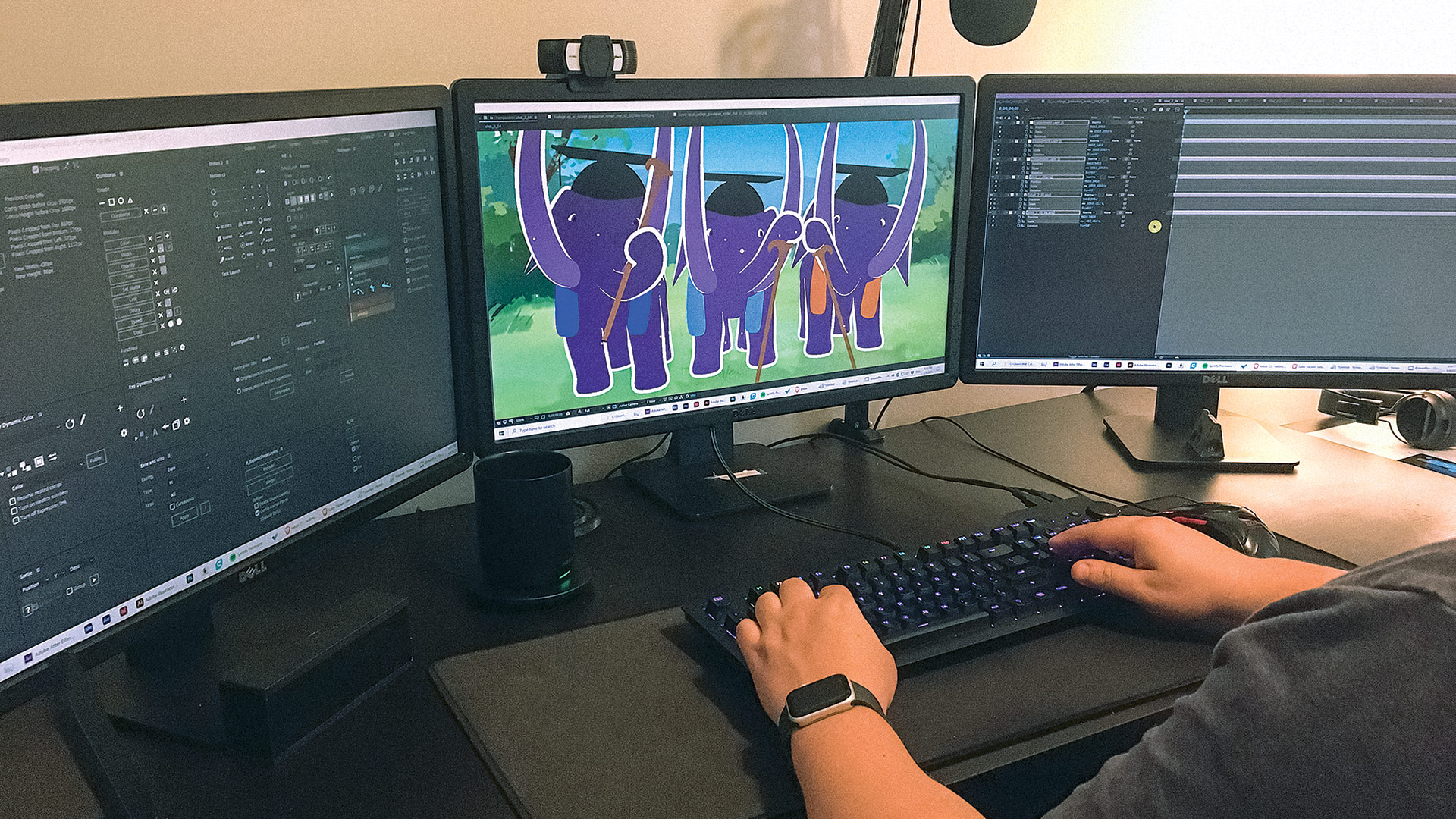 “A lot of businesses haven’t realized they can do amazing things,” Colón said. “Our job as a studio is to introduce businesses to animation for the first time.”

And do it, for the most part, remotely.

“We have 20 freelancers across the country, and I’ve met only a few in person,” he noted. “We’ve always been remote, always done Zoom calls, always done projects managed through cloud-based solutions. It’s been a breeze, and that’s a testament to our process. We were one of the first ‘pandemic industries’ pre-pandemic. We were ready for it.”

Now, they’re ready to move the needle even further when it comes to the power of animation in the business world.

Colón’s journey to the world of animation began at Hampshire College, where, during his first year in 2009, he tried to get into an advanced computer animation class, but was rejected by the instructor, Chris Perry, because he had no experience.

But after Colón excelled at an introductory course in the field, Perry — a Pixar veteran who served as a technical director on A Bug’s Life and Finding Nemo — accepted him into the advanced course.

“As I moved from the basics to more advanced stuff, I didn’t know how much I would love it, that I’d lose myself in the work, forget about time, and really enjoy the process more than the results,” Colón recalled. “I knew this was something I could go into.”

After college, he returned to the Boston area and worked at special-effects company Zero VFX, but desired a move back into animation, and landed a job at Anzovin Studio in Florence in 2013. 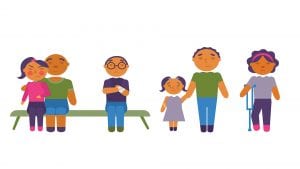 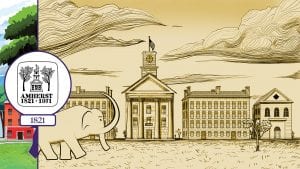 A project for Amherst College’s bicentennial 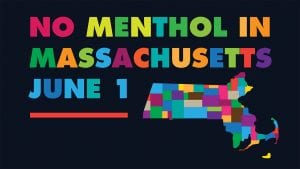 Webb, who had attended the School of Visual Arts in Manhattan and worked for a time in Los Angeles and San Diego, eventually moved to Western Mass. to work at Perry’s independent studio, Bit Films — and later started working at Anzovin Studio, where she met Colón.

Their company took shape after Anzovin decided to shift his business model into animation tools, while the production team, where Colón and Webb worked, was spun off into a separate entity. The pair then decided to go in a different direction, by launching their own studio.

Taccone’s passion for animation was sparked by a high-school trip to Pixar Animation Studios in California. She later studied animation at UMass Amherst and met Colón while taking class at Hampshire, where he was the teaching assistant. After a stint at HitPoint Studios, she worked at Anzovin from 2014 to 2016, then moved to California to work in the games industry, for EA and Toys for Bob. But in 2017, she returned to Western Mass. to help Colón and Webb launch Open Pixel.

“We decided to go into a different realm, building something new that was going to be ours,” Colón said. “Kathryn came back from California, and that was the beginning of our journey.”

Speaking of journeys, hearing Taccone describe the process of moving a concept to a finished product, it’s striking how much work happens before the actual animation begins.

“A client will come to us with an idea of the message they’re trying to send; typically they’ll have a call to action associated with that message,” she explained. “We take this from the initial script phase — whether we write it ourselves or the client provides it — and bring it into an audio-visual script, which allows us all to be on the same page with what will happen with the story.”

This all happens before visuals are actually created, she added. In other words, clear communication is key — not just with the target audience, but between all the players in creating the animation, and at every stage.

“We make a choice at the concept stage whether or not something should be represented through iconography, text, characters, or just backgrounds,” she added, noting that just using animated words can often be as powerful as talking characters. “Often we’ll use a blend of those things.”

Once the concepts are established, next comes discussion of style, tone, and other elements. Then storyboards are created, laying out the content from start to finish — again, so everyone involved can envision the final piece and make changes before the actual animation begins.

“When we do the animation,” Taccone said, “we hire voice-over artists, we do music and sound effects — again, depending on the client’s needs, but all serving the purpose of matching the tone and style and direction to the story we’re trying to tell.”

While many corporate clients rely on Open Pixel’s work in their employee training videos and modules as well as marketing, a particularly feel-good part of the team’s mission is working with nonprofits on messaging that will draw more attention and support. Nonprofit leaders aren’t always natural salespeople, Colón noted, and he and his team can help them hone their message and educate the public.

“They’re trying to make the world a better place; that’s their mission,” he said. “We’re helping them close the gap between the audience and their mission. We use animation to explain what they’re doing.”

In the end, Taccone said, even the most eye-catching animation isn’t a success if it doesn’t meet the client’s needs. “In a way, the communication is sometimes more important than the art. We’re trying to make sure everyone is on the same page.”

For Colón, such work is especially gratifying considering that, early in his career, he never thought about running a business. But his former employer, Raf Anzovin, encouraged that growth — and, in fact, encouraged him and Webb to branch out on their own.

“I feel like the people I met along the way influenced me in continuing this work. If those people weren’t there, we wouldn’t be around,” Colón said.

Achieving the studio’s goals in Western Mass. — a region that has been steadily growing its reputation for innovation and technology — is especially satisfying, he said. Clients run the gamut from large corporations to small outfits, and the remote nature of the work allows Open Pixel to take on projects from Boston to the West Coast.

He’s also particularly proud that the company is certified as a majority women-owned business. Noting that the history of animation has not always been a friendly one for women, he hopes Open Pixel inspires other women to pursue this field.

Through it all, he, Taccone, and Webb hope to continue to expand the work they do, but also become a destination to start a career.

“In the future, we want to be a jumping-off point for folks getting out of college,” he said, noting that it’s natural for talented graduates to depart the Five Colleges and look for jobs in New York, Los Angeles, or Boston. To encourage them to start their careers closer to home, Open Pixel has developed a pipeline of interns from Amherst College and Hampshire College. “Not only can you learn the tools here, this can be an entry point into the field.”

As for those tools, they’re much more affordable and accessible than they once were,” Colón said. “You can get a license and run a studio from your home office. But what makes us special is our process and our back end, our ability to push animation further than where it currently is right now.

“So much of it is in entertainment — games and movies,” he went on, “but we’re seeing a shift toward companies creating advertising campaigns utilizing animation because it’s so limitless. You can create anything you like. That’s what we see — unlimited creative expression.”

And always in the service of the client, Taccone added.

“We pride ourselves on being a studio that takes time to understand the balance between the client’s needs and our artistic identity. That way, we all enjoy the process as we go through it.”