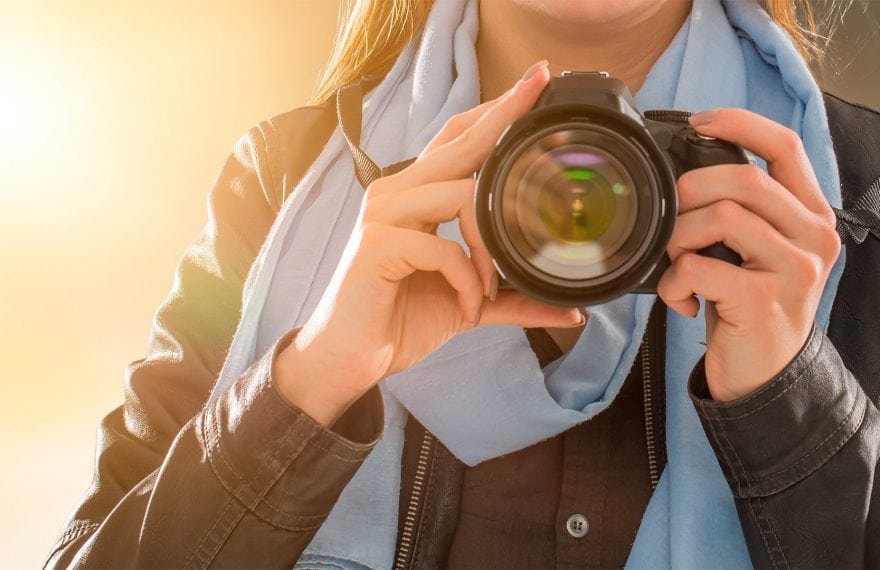 Bay Path University staged its annual Women’s Leadership Conference on March 29. The theme for the day was “Why Not Me,” and a number of keynote speakers and focus sessions addressed that broad topic. 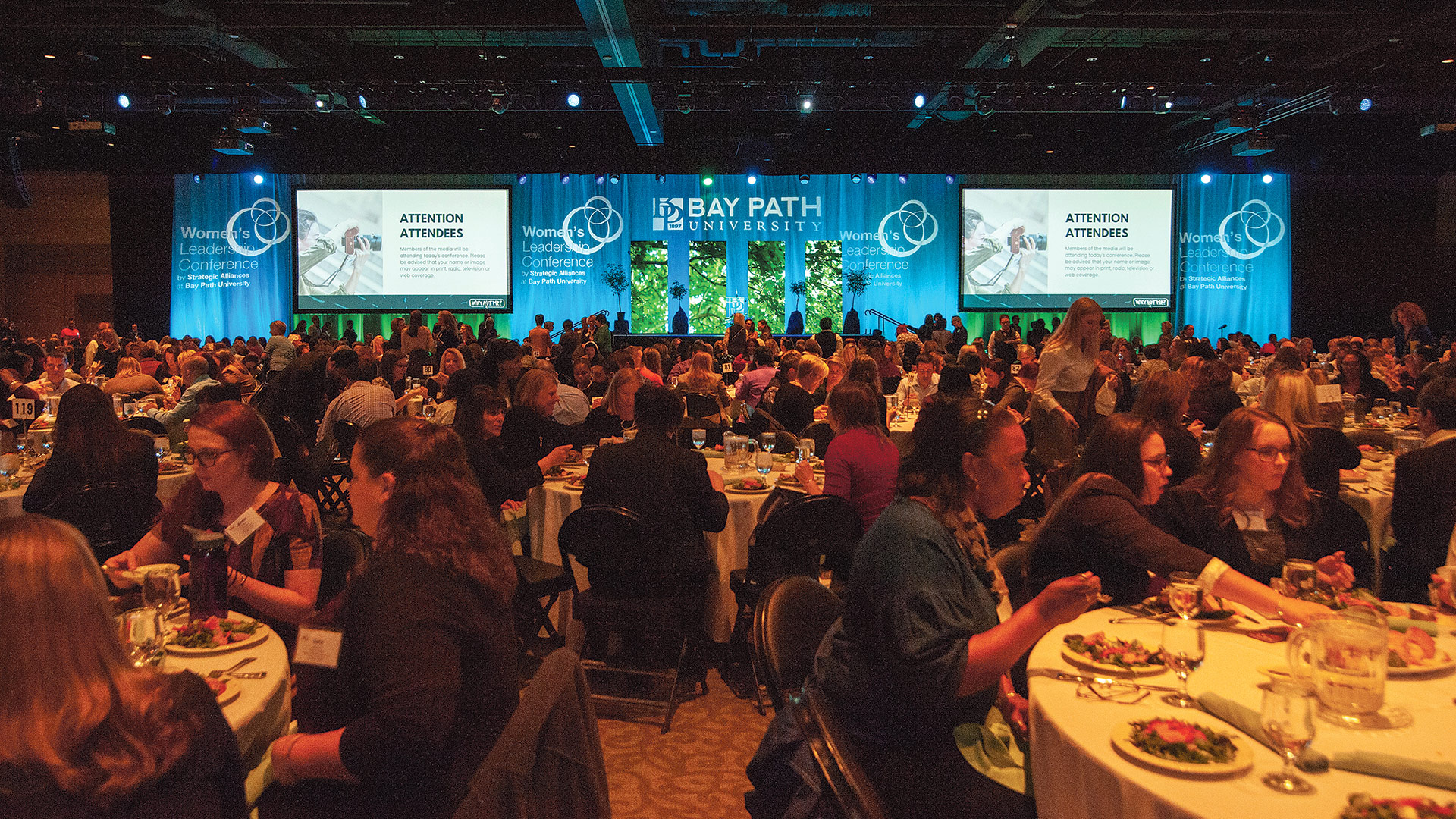 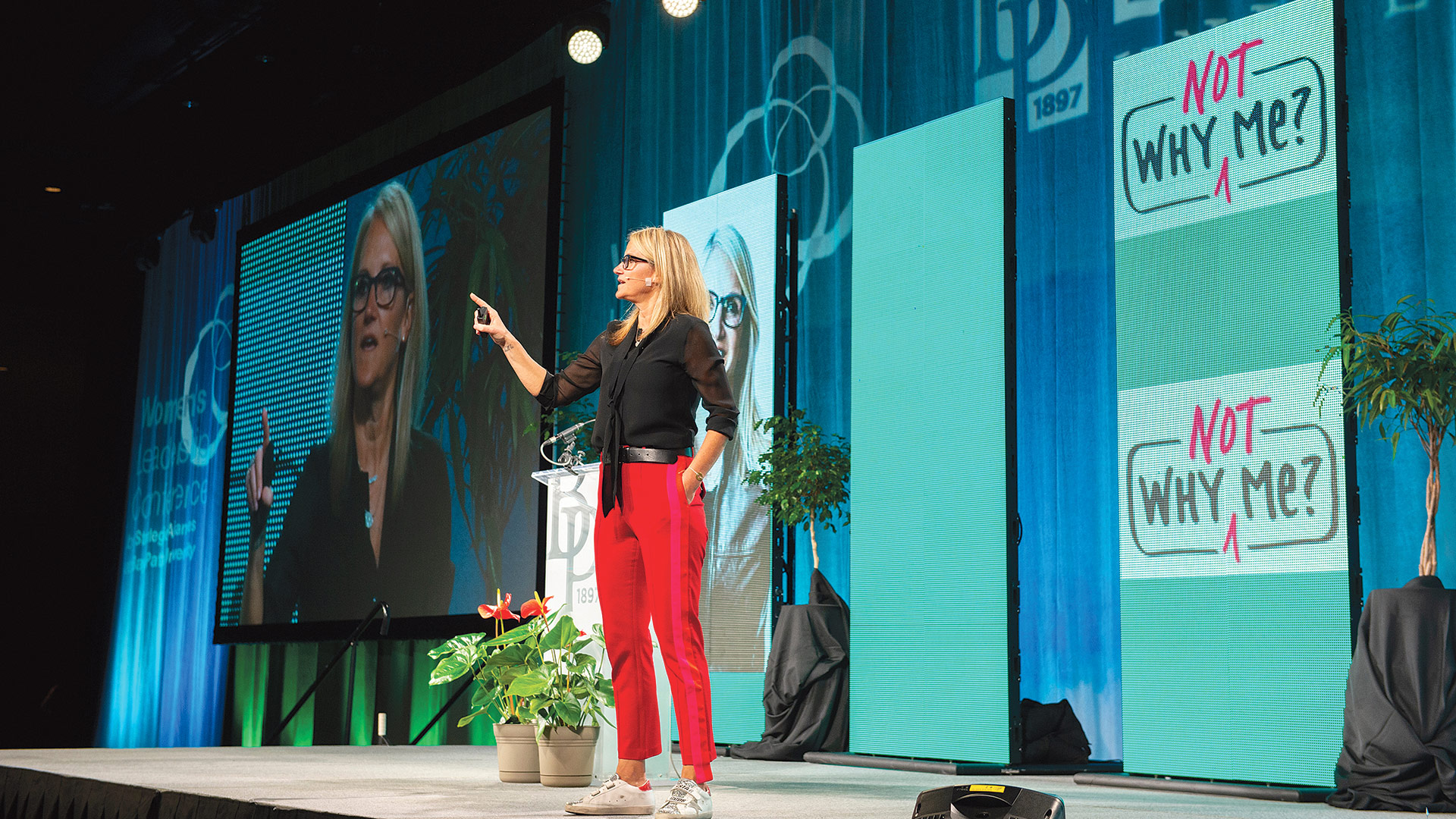 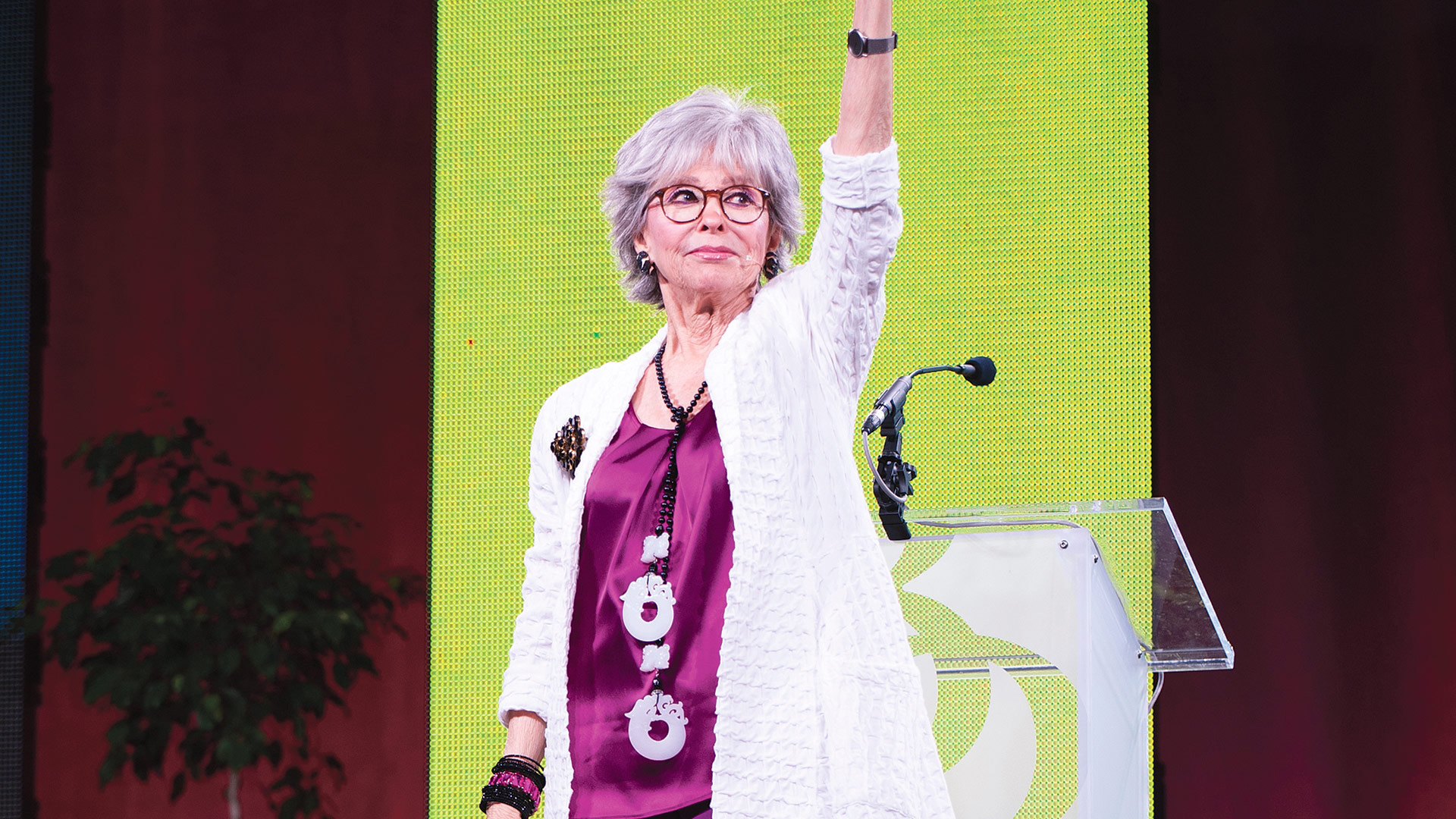 Rita Moreno, winner of an Emmy, Grammy, Oscar, Tony, and Golden Globe, was the closing keynote speaker at the conference he sizable contingent from MassMutual poses for a photo 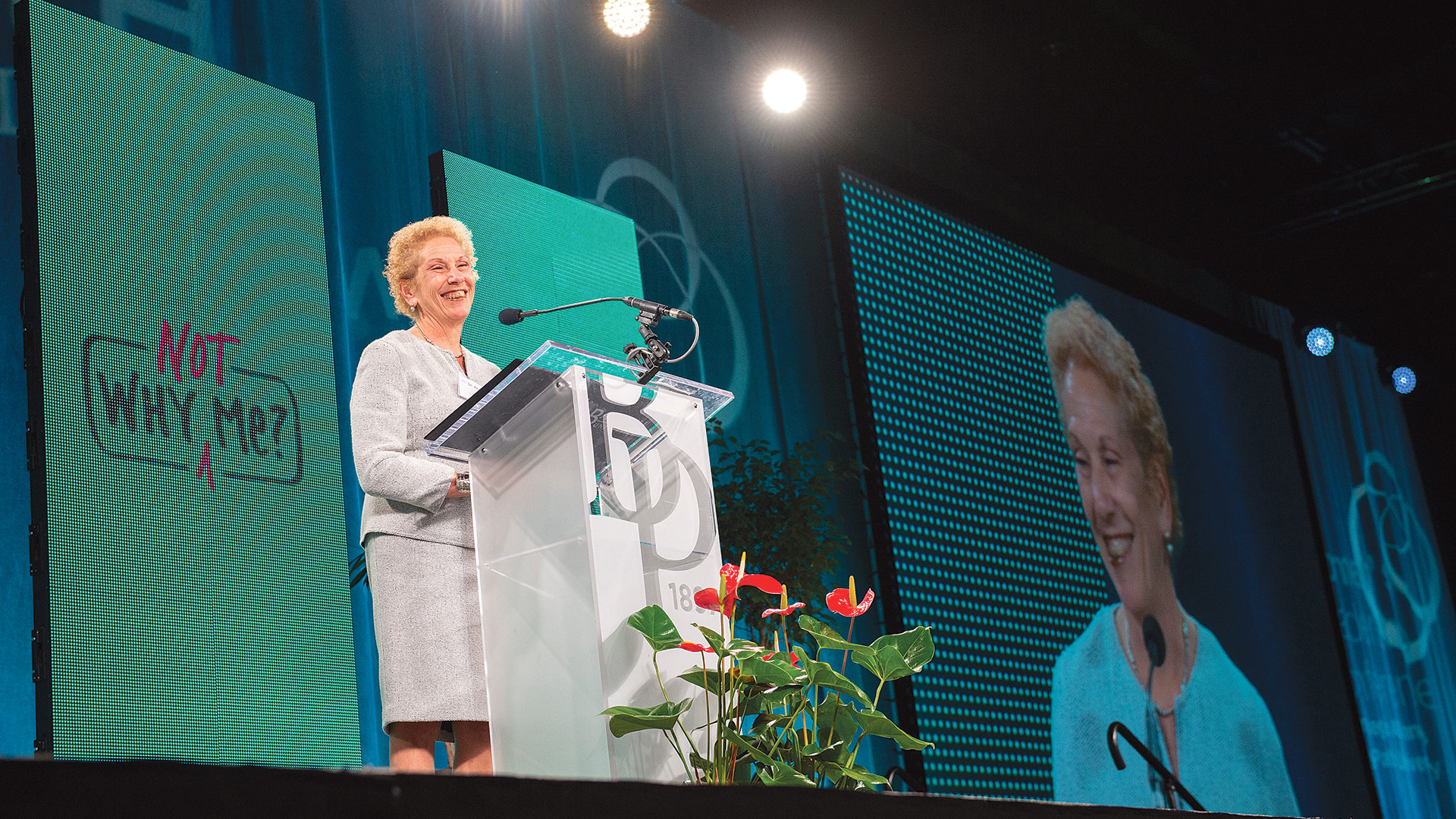 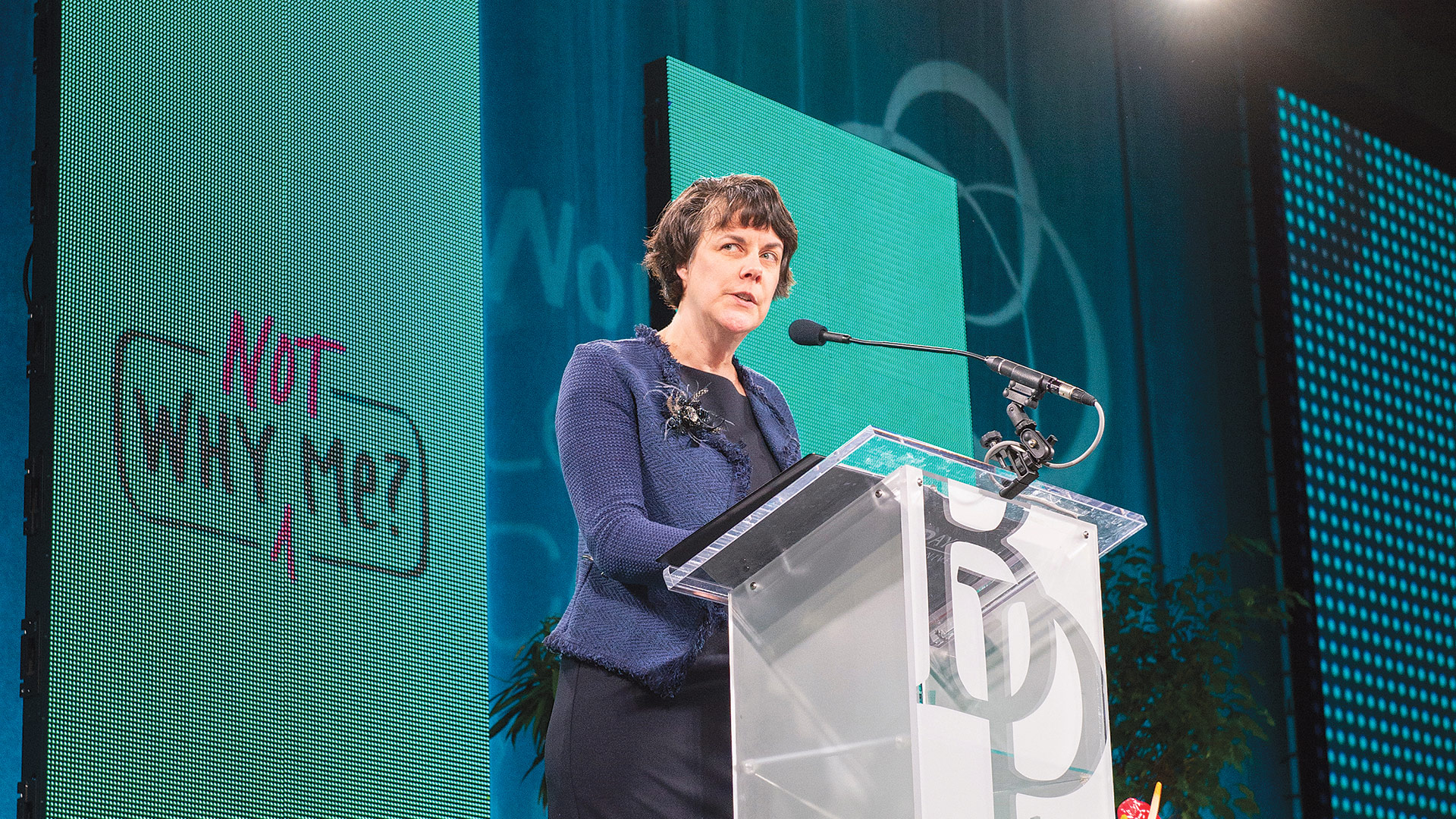 Kate Kane, managing director and wealth-management advisor for Northwestern Mutual, were both inducted into the Women Business Leaders Hall of Fame

Ribbon-cutting ceremonies were conducted on April 5 for a new medical/professional building at 15 Atwood Dr. in Northampton, a project led by Development Associates and Northwood Development, LLC. O’Leary Sullivan addresses those gathered at the ceremony

Partnering with the Sox

As part of its ongoing Worcester expansion, Country Bank is teaming up with the Worcester Red Sox as one of the team’s 21 founding partners in anticipation of its move to Worcester in 2021. The bank’s recent annual annual meeting in Worcester featured a keynote address that included a video of the site of Polar Park narrated by Worcester Red Sox President Charles Steinberg, along with remarks regarding the team’s decision to relocate to Worcester. The YWCA of Greater Springfield recently hosted a somewhat unusual, but important gathering — a show of support for Cheryl Claprood, the recently named acting police commissioner in Springfield, a role she assumes at a time of considerable controversy within the department. Claprood, center, with Hampden County Sheriff Nick Cocchi and YWCA Executive Director Elizabeth Dineen, a former prosecutor in Hampden County. Behind them are some of the more than 30 women who attended the event Visit from the Earl of St. Andrews

Elms College recently received a visit from the Earl of St. Andrews, a senior member of the House of Windsor, the reigning royal house of the United Kingdom. George Philip Nicholas Windsor, Earl of St. Andrews, is the elder son of Prince Edward, Duke of Kent, and his wife Katharine, Duchess of Kent. He holds the title Earl of St Andrews as heir apparent to the Dukedom of Kent. The earl stopped by Elms College on his way through Springfield to attend a conference on the Middle East in Washington, D.C., later this week. The conference was co-sponsored by the Next Century Foundation, where he serves as a trustee with retired ambassador Mark Hambley, who is also a trustee of Elms College. 1Berkshire recently launched the implementation phase of the Berkshire Blueprint 2.0 at ceremonies at the Colonial Theatre in downtown Pittsfield. The event was the culmination of more than 100 interviews, thousands of hours of work, and more than 20 months of planning and design. 1Berkshire President and CEO Jonathan Butler kicked off the primary outline during the launch by recognizing that $1 billion in regional investments have been made in the Berkshires in just the last three years, noting that investment in the Berkshires is “a good bet.” (Photos by Kara Thornton) Peter Pan Bus Lines recently hosted its annual Safety Awards presentation at the Student Prince and the Fort. A total of 175 drivers were recognized for completing 2018 with no accidents, and the company also recognized drivers, operations, and maintenance departments for outstanding customer service and performance. Michael Drozd was honored as a 2 million-mile driver