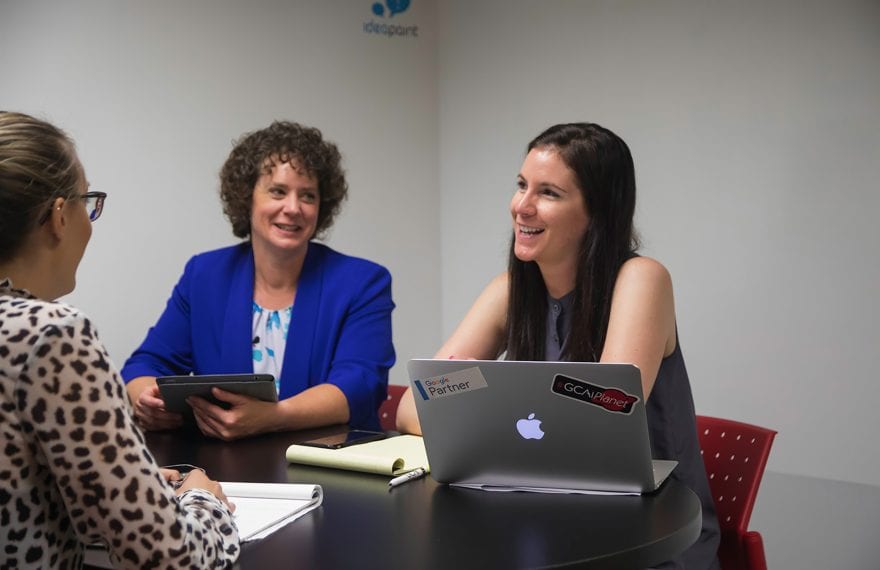 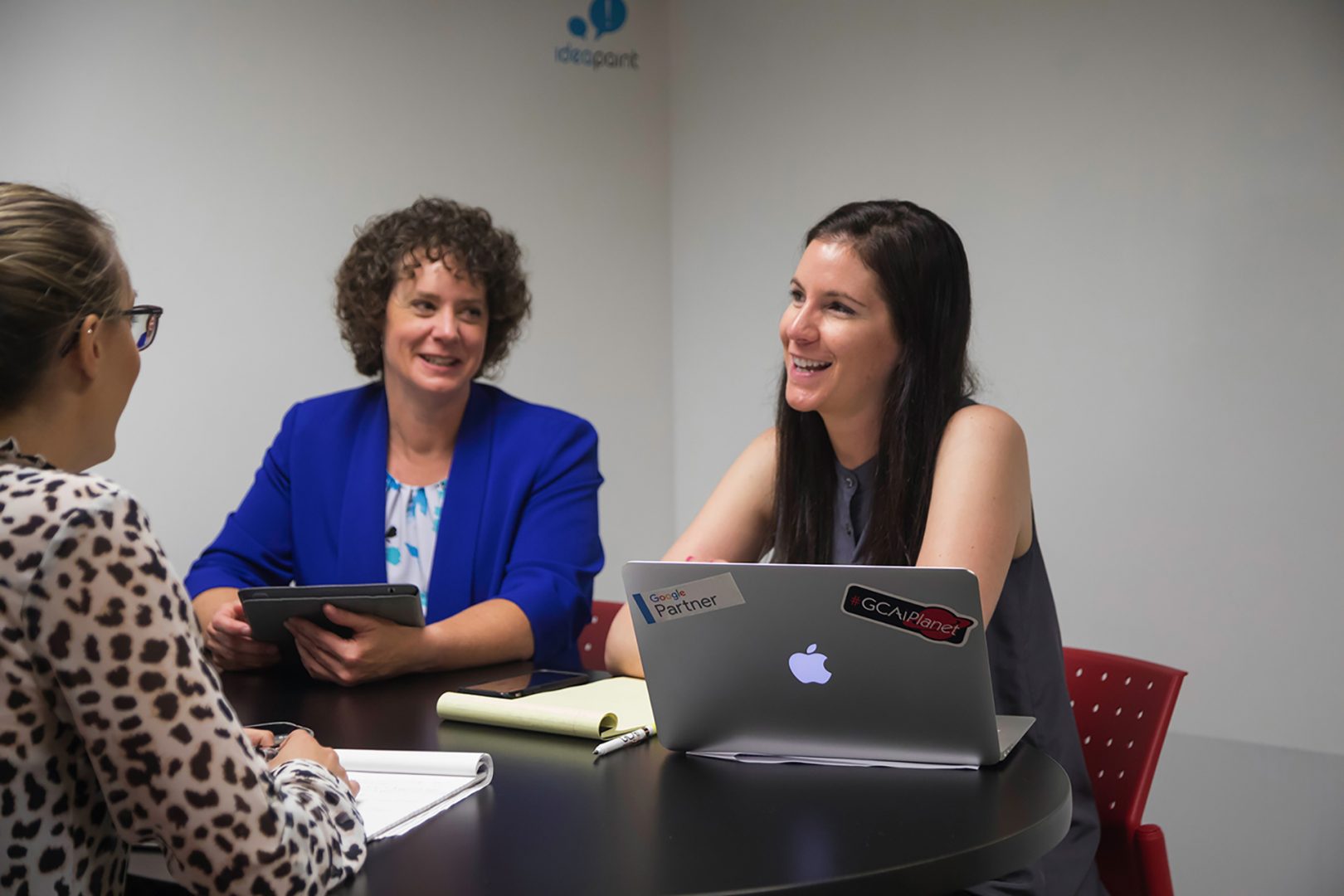 Many people assume that working from home is less productive than spending time in the office. However, the opposite is oftentimes true. This is especially true now that technology allows for quick and easy communication between home and office, giving employees, especially moms, the ability to work efficiently from home while maintaining a healthy work-life balance.

When Tiffany Appleton looks back on raising her now-19-year-old daughter, she remembers how difficult it was to have a full-time job on top of the 24-hour job called parenting. As a single parent, she really didn’t have a choice whether to go to work or not — she had to find a way to balance the two.

And she did — but she also realizes how much easier that might have been in today’s world, where technology allows employees to work from home productively and sustain a healthy work-life balance.

Appleton, recruiter and director of the accounting and finance division at Johnson & Hill Staffing, finds more and more people are working from home, and sees benefits for both the employee and the employer.

“I’ve interviewed many people who have had a work-from-home schedule, and usually they say that they end up working more than they would if they were in the office,” she explained, adding that it is oftentimes easier to be productive at home than working in an office environment, with the myriad distractions found there.

“I think much of this desire for having flexibility to work remotely came from moms who wanted to have their hands in balancing both the career and raising a family, and not having to feel like they could only do one or the other.”

In fact, the work-from-home population has grown by 159% since 2005, and the number of employers offering a remote option has grown by 40% in the past five years. The start of this fairly new trend, Appleton said, can be attributed to the moms.

“I think much of this desire for having flexibility to work remotely came from moms who wanted to have their hands in balancing both the career and raising a family, and not having to feel like they could only do one or the other,” she said.

Mary Shea, vice president of digital strategy at GCAi, can attest to this. She’s a new mom of a 4½-month-old boy. She commutes from Sturbridge but works from home on Mondays and Fridays, a schedule she says took some getting used to but now allows her use her time more productively while helping her maintain a healthy lifestyle. Her position at GCAi includes building and managing ad campaigns for her clients, a job she says she can do very well remotely. 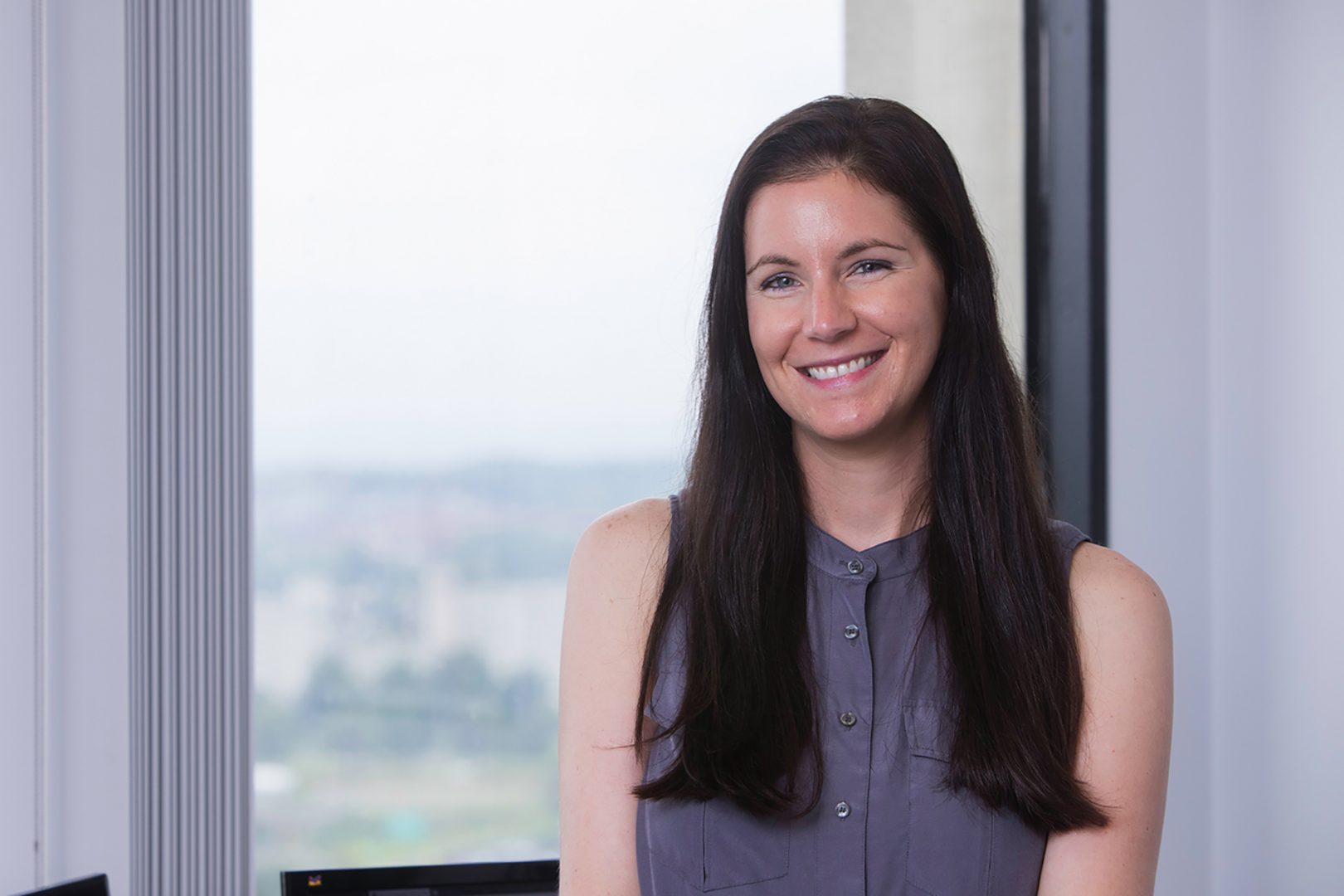 Between her long commute and having a new baby boy, Mary Shea says working from home twice a week makes a huge difference in her life.

“Most of the time, I don’t have to be in the office,” Shea told BusinessWest. “I’ve set it up where Mondays and Fridays are my set schedule. Those are the days I’ll work on things that I know are online, and then, the other three days, I come into the office or go on location for a video shoot.”

Working from home saves Shea three hours a day that would otherwise be spent in a car — time she spends either working more, grocery shopping, or fitting in some exercise. And she never feels disconnected from the company, knowing her team back in the Springfield office is only a phone call away.

“Technology today has enabled parents, particularly moms like me, to work remotely,” she said, adding that hard and soft technology like the cloud-based project-management system GCAi uses and applications on her phone make this possible. “Being able to work remotely in the situation I’m in now is pretty vital because it’s just such a busy week.”

Shea isn’t the only mom, or employee in general, who feels this way. Karen Buell, vice president of Operations at Payveris and mother of two, has been working from home three days a week for eight years.

“Some women are pushing off having a family or they’re choosing between a career and having a family. For me, I can choose both,” she said, adding that being part of a tech company makes this a pretty easy thing to do. 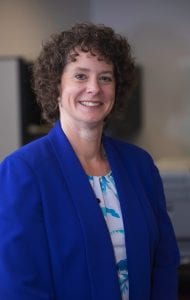 In fact, Buell says about a third of the employees at Payveris are 100% remote.

But for some employers, this can be a difficult thing to embrace. Appleton says the negative stigma that surrounds those who work from home can sometimes prevent employers from making the jump.

“I’ve found, in Western Mass., we’re a little slower to adopt it than the cities are,” she said. “Sometimes employers get scared by work-life balance and think, ‘that means people don’t want to work, they just want to have a life and pretend they’re working.’ They just assume the worst.”

This negative perception is one of the things Buell experienced in her early work-from-home days, with people telling her she’d have a hard time being visible or ever being promoted. Despite the lingering stereotype, she was promoted at Payveris just a couple months ago.

“It doesn’t hold you back. If you’re there and you’re showing up and being productive, you can do anything,” she said. “It’s not about where you are, it’s about how productive you can be.”

Another challenging aspect about working from home is maintaining a connection with those who are at the office. Both Appleton and Shea agreed this responsibility lies largely with the employee, but also the cooperation of co-workers to maintain connectivity.

“Keeping the culture of the office is probably the most important thing the employer can do when having people who are not in the office all the time — finding ways to make sure that they are included, even if they’re not there in person,” Appleton said.

This may even include something as simple as telling a co-worker not to bring a lunch tomorrow because the office is ordering pizza or letting them know that so-and-so down the hall got engaged.

“Those are the things that usually irk people,” she continued. “Making sure there are ways to include the people when they’re not there — and being very conscious to include them and make them feel like they are part of the team — is important.” 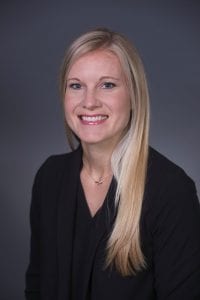 Karen Buell says employers would benefit from seeing the upside of remote work instead of focusing on the negatives.

Technology makes all this especially simple. Appleton says more and more employers are investing in the kinds of technology that can be accessed remotely, such as Freedcamp, a collaborative project-management system that GCAi uses for everyday business and communication.

With increasingly adaptive technology that allows employees to do things like videoconferencing and sending documents through group-sharing software within seconds, disconnectedness is becoming less and less of a problem.

“Taking the next step to make sure the tools you’re investing in for the office have those abilities for people to work from anywhere is crucial,” Appleton said.

When she thinks about becoming a working parent 19 years ago, she realizes how helpful modern technology would have been when her daughter was home sick from school and she had to take the day off from work. Or on a snow day, when it wouldn’t have been necessary to get in the car and drive to the office to be productive.

“It’s nice now that you can do everything you need to do from home,” she said. “I think it’s good for the employees and the employers at the end of the day.”

Kayla Ebner can be reached at [email protected]m