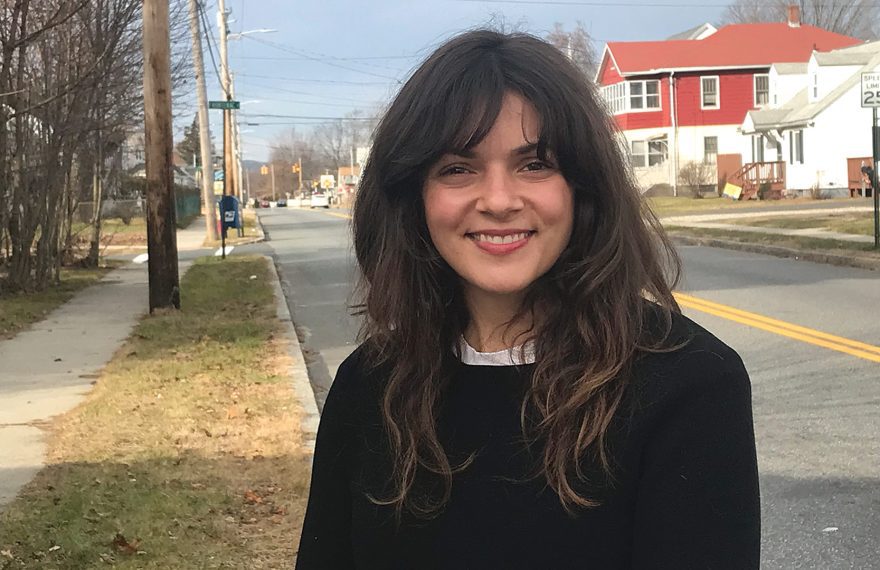 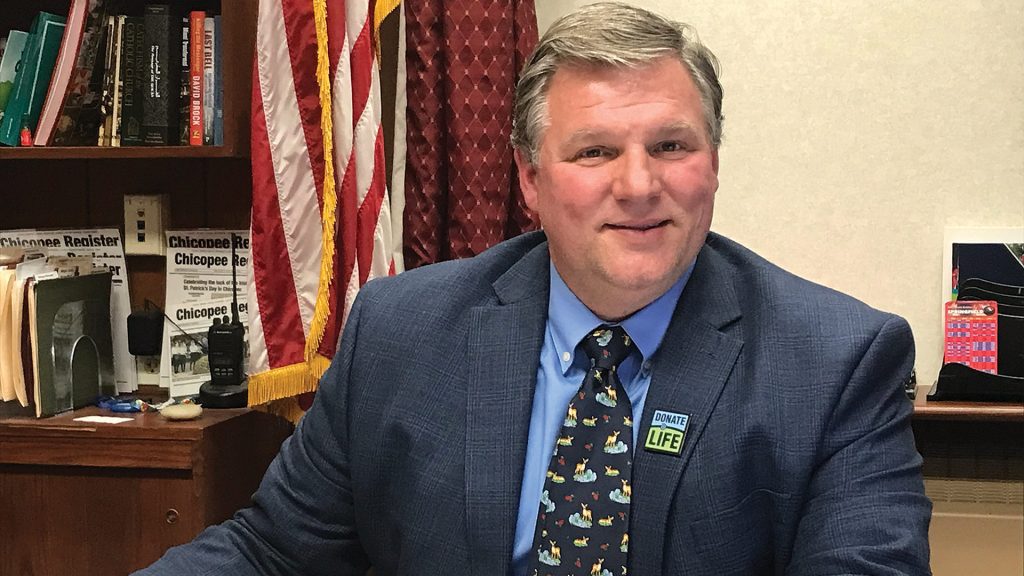 Mayor John Vieau says public safety and public health have been priorities of his first term.

Fresh off his re-election, Chicopee Mayor John Vieau said the main goal for his second term is the same when he first campaigned for the office two years ago: a focus on public safety.

“A city can have great schools, great trash pickup, and low taxes, but if you don’t feel safe, those other things aren’t so important,” Vieau said.

In the mid-1980s, Chicopee bolstered its police force by hiring a large number of officers. Nearly 40 years later, the city has seen many of those officers retire from the force, while others have left due to COVID-19 concerns to pursue other careers. For Vieau, this created multiple challenges.

“Based on civil-service exams, we hired 10 replacements for our retiring officers,” he said. “Then we ran into a quagmire because at first we couldn’t send them to the police academy because it was closed during the worst of the pandemic.”

As the academy eased its mandates, those officers completed training, and Vieau has hired an additional 15 officers with the intent of bringing the police force back to full strength.

“A city can have great schools, great trash pickup, and low taxes, but if you don’t feel safe, those other things aren’t so important.”

In addition to new officers, Chicopee is encouraging a new style of policing by introducing community policing at a substation on Center Street. With officers on walking beats, they are better able to make connections with people.

“This has been very successful because people are seeing the same officers who are building relationships and rapport with folks in the neighborhood,” the mayor said, adding that he’s looking to eventually bring a substation to Willimansett as well as other parts of the city.

The concern for public safety also extends to the Fire Department, which staffs two ambulances 24/7. Recently the fire chief suggested a pilot program to add a third ambulance for overnight coverage. The suggestion came about due to demand for more coverage during those hours as well as the closing of the private ambulance company that lent assistance when Chicopee ambulances were busy. The success of the pilot program will result in Chicopee adding a new ambulance along with the new fire pumper trucks that had been ordered.

“Just like with the police, we want to make sure our Fire Department has the tools they need to keep themselves and our city safe,” Vieau said.

Part of public safety includes fighting the spread of COVID-19. Chicopee received 15,000 rapid test kits from the state and has been distributing them to residents in low-income areas and at the senior center.

“Our message remains the same — we believe everyone should get vaccinated,” Vieau said.

“For us, it meant coming back to our core mission of supporting businesses and enhancing the economic climate,” Copoulos said. “Many of the small-business grants went to minority- and women-owned businesses.” 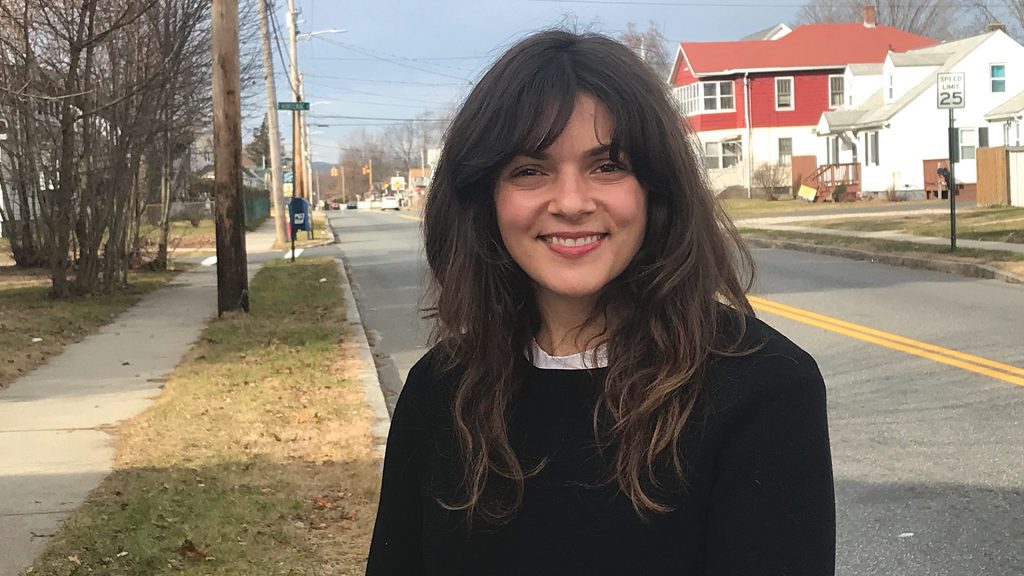 Julie Copoulos is enthusiastic about progress on development at the former Uniroyal and Facemate sites, among others.

The city will also receive $38 million through the American Rescue Plan Act (ARPA). Vieau has formed a committee to determine how to use that money in a way that will have a long-term impact for taxpayers in Chicopee.

“For us, it meant coming back to our core mission of supporting businesses and enhancing the economic climate.”

“I have a smart group of people who are looking into the best way to use the ARPA funds,” he said. “We’ve also surveyed residents for their ideas on how to spend the money.”

Vieau wants to proceed with caution on how to use these one-time funds because it would be easy to spend it all in one place.

Chicopee at a Glance

“I could target one infrastructure project and use all that money and more,” he said. “For example, the wastewater treatment plant needs upgrades to keep up with current pollution standards, and that project alone will cost around $50 million.”

For bigger projects like this, Vieau is hopeful about Chicopee’s prospects for funding through the recently passed federal infrastructure deal. “I’m going to fight for as much of that infrastructure money as we can get,” he said.

In the meantime, the mayor shared with BusinessWest an important development regarding the former Uniroyal site. After more than a decade of investing millions of dollars in hazardous-waste cleanup at the site, by this spring, the city will begin looking for potential new owners of both the headquarters and an adjacent building on the site.

“We are all looking forward to getting the Uniroyal property back on the tax rolls,” Vieau said. “It’s been a long time coming, and we are super excited about it.”

Right now Michelin, which owns the Uniroyal brand, is completing $1.5 million in cleanup efforts at the site. Once that’s done, the mayor explained, the city will launch a request for proposals in search of prospective buyers of the property.

Because Chicopee represents a good number of manufacturers, Copoulos believes this gives the city an advantage in the years ahead. She noted that economists have pointed out that manufacturing industries have come back to pre-COVID levels while more customer-facing industries continue to have challenges.

“I’m enthusiastic about the development while also reminding myself to be patient because big projects like this take time.”

“As a community with so many manufacturers, this can potentially give us a leg up,” she said. “Supply-chain issues will make domestic manufacturing more of a priority, and that makes me hopeful about prospects for Chicopee.”

The spring will also mark the beginning of construction for the new headquarters of the Food Bank of Western Massachusetts. After many years in Hatfield, the Food Bank purchased 16.5 acres in the Chicopee River Industrial Park in order to expand its warehouse in a more environmentally friendly building. Selecting Chicopee was a strategic decision on a couple of fronts. The location on Carew and East Main streets gives the Food Bank easy access to major highways, and because the city is in Hampden County, where the issue of hunger and food insecurity are more severe, the organization is in a better position to address the problem.

“The Food Bank location in Chicopee will be at the hub of addressing food insecurity in Western Mass.,” Vieau said. 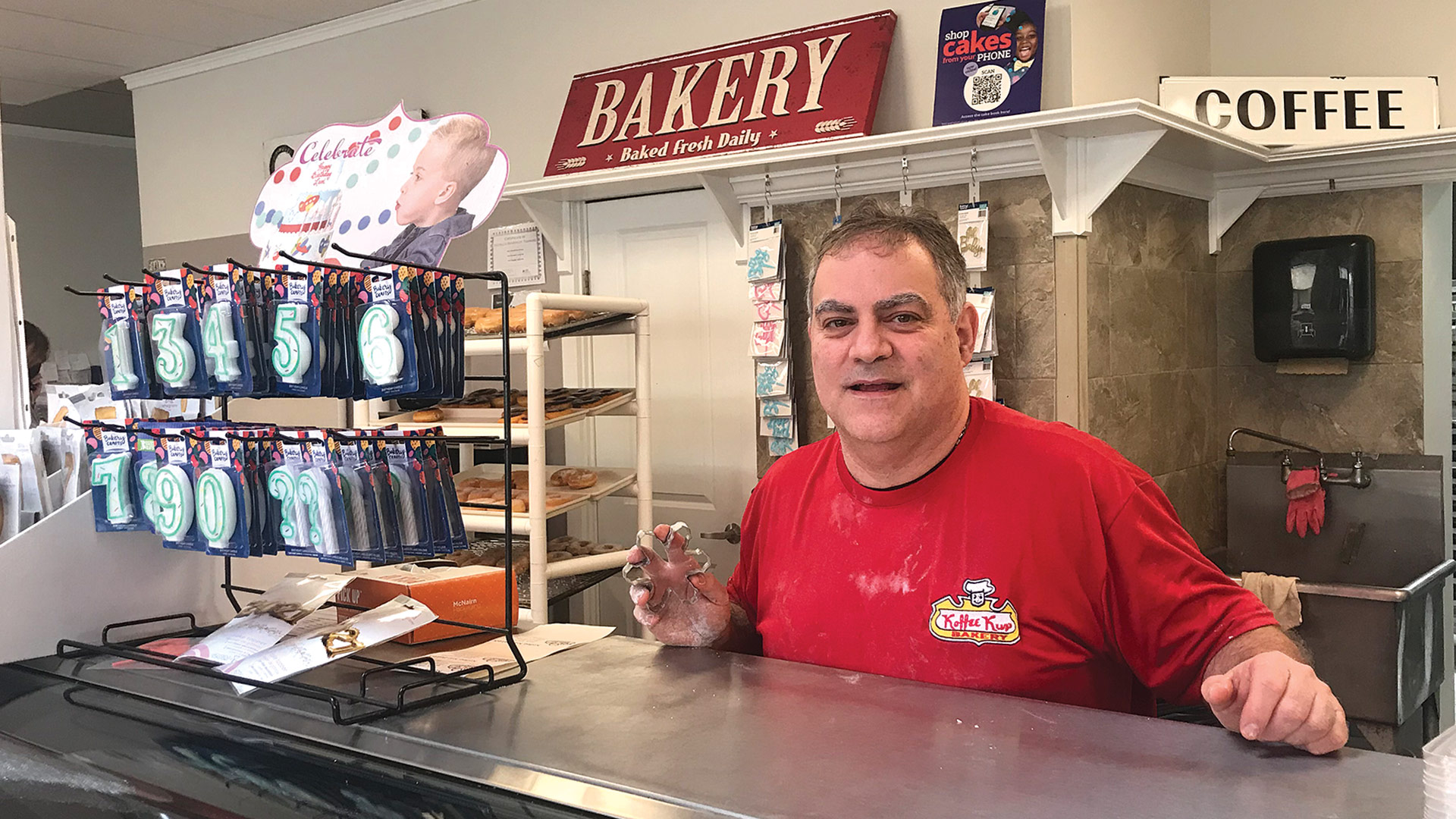 Dino Facente says his bakery’s move from Springfield to Chicopee has been a positive one.

Anticipation is also growing for the former Facemate property in Chicopee Center. Final plans and permits are being approved for a 54,000-square-foot, multi-sport facility; a 102-unit residential building; and renovation of the former Baskin building into a 10,000-square-foot restaurant and brewery, where Loophole Brewing will locate.

Both Vieau and Copoulos praised Singing Bridge LLC, a local developer, for leading the project because it shows a commitment to the success of Chicopee. For Copoulos, completion of the project can’t arrive soon enough.

“I’m enthusiastic about the development while also reminding myself to be patient because big projects like this take time,” she said.

Vieau noted in particular the 102 units of housing that will be added to Chicopee Center.

“Many people want to stay in Chicopee but are looking for empty-nest housing,” he said. “Realtors have told me if more condominiums were on the market, they could immediately sell them.”

The city had a setback recently when the Silverbrook Group said it may not be able to develop 600 apartments in the former Cabotville Mill in the center of town, citing rising construction costs as the main culprit. Vieau remains optimistic that both the Cabotville and Lyman mills will eventually be developed for housing and other uses.

While the next step for the mills is uncertain, that hasn’t stopped Vieau from moving forward with what he called a renaissance of Chicopee’s downtown. The city received a grant to convert the old library building, adjacent to City Hall, into an incubator space for budding entrepreneurs. The first steps involve bringing the building up to compliance with current ADA regulations. Vieau would like to eventually see the cultural council or the chamber take office space there, too.

“I liked the location because it’s not far from the plaza, and I could keep the customers who enjoyed coming in.”

“Entrepreneurs have to start somewhere, so why not start at our old library?” he wondered.

Next door to the old library, the former Rivoli Theatre has just gone up for sale. The mayor called this another space with great potential for the city.

In addition to new entrepreneurs, Chicopee still manages to attract established businesses to locate there. After decades at the Springfield Plaza, Dino Facente had been looking to move the Koffee Kup Bakery. In his words, he “stumbled on” Mickey’s Bike Shop, which had recently closed. The East Street location turned out to be the right spot to move the bakery.

“I liked the location because it’s not far from the plaza, and I could keep the customers who enjoyed coming in,” Facente said. He also credited Chicopee officials at all levels for making the move easy and successful.

“I’ve picked up a lot of business since I’ve been here,” he said. “I’ll be staying here until I retire.”