Businesses Need to Understand How the Rules Are Changing 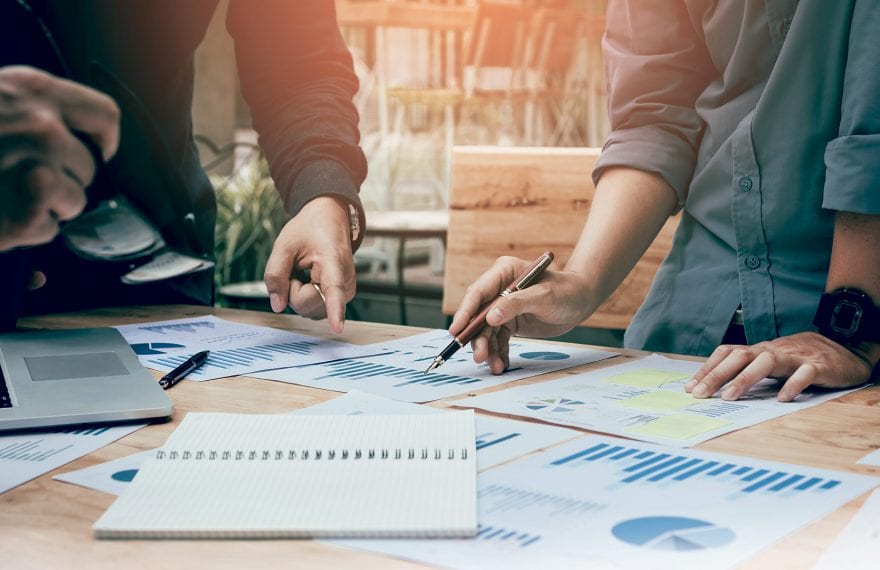 Recording revenue is, in anyone’s mind, seen as a job well done when you complete selling your product or service or receiving a donation for your organization.

But a new revenue-recognition standard for non-public companies is effective for years ending Dec. 31, 2019 and annual periods then after, and business owners and managers must be aware of what this new standard means.

The new revenue-recognition standard, Accounting Standards Codification 605, Revenue Recognition, created a five-step process to determine when you should recognize revenue.

• Step 1: Identify a contract with a customer. This contract can include an invoice, a formal signed contract, and other various forms agreed to upon the purchase of goods or services. Once a contract has been identified, you proceed to step 2.

“Know what you are signing and know, if you are entering into a long-term contract, how to structure it in accordance with generally accepted accounting principles.”

• Step 3: Determine the transaction price. Transaction price is the amount of consideration the entity expects to be entitled to, in exchange for transferring promised goods or services to a customer, excluding amounts collected on behalf of third parties. This item concerns how much money the entity expects to receive. As one example, if you sell office chairs for $59 a chair, but there is a sale and the chairs are now $45 a chair, then the revenue the entity can expect to receive for the chair at this time is $45 a chair. Elements from step 2 and step 3 are then used in step 4.

The moral of the new revenue-recognition standard is that the rules are changing, and it is best to look at your contracts and how you record revenue now before your accountant comes in and notes your revenue is overstated by $300,000.

Rebecca Connelly, CPA is a manager for West Springfield-based Burkhart, Pizzanelli, P.C. She is involved in the accounting and consulting aspects of the practice and manages engagements of various size and complexity, including nonprofit and construction companies, manufacturing, and distributors; (413) 734-9040.

The headlines came in rapid succession, and they juxtaposed each other nicely.

The site in South Hadley’s Woodlawn Plaza that was once home to a Big Y supermarket is the proposed location of a mixed-income apartment complex. Meanwhile, in Westfield, plans were announced to convert the former Bon-Ton department store location in the Westfield Shops into a 50,000-square-foot trampoline park, complete with dodgeball courts, an American Ninja Warrior-style course, and climbing walls.

These headlines, and they’re only the latest of this nature — highlight how the retail landscape is changing, and also how this region and individual communities within it will be challenged to find new and imaginative uses for the hundreds of thousands of square feet of retail space now vacant or likely to be vacant.

It’s a question that needs to be answered because, from everything we’ve gathered and from everything the experts are saying, the pendulum is simply not going to swing back the other way on this issue. Traditional retail is shrinking, and it is vanishing.

In fact, the world of retail started to change perhaps a full decade and a half ago, and the process of change has only accelerated. Fewer people are shopping in actual brick-and-mortar stores, while many of the brands that once dominated this industry — like Sears and JCPenney — have been closing stores in large numbers.

These two forces have collided in places like the Eastfield Mall, which now boasts some of the largest and most barren parking lots to be seen anywhere. Plans are being developed to turn the mall, this region’s first real suburban shopping mall (it opened more than a half-century ago), into what is being called a ‘village,’ one where people can live, work (perhaps), drop off their children at day care, see a movie, work out at a gym, eat at a restaurant, and maybe even get on a trampoline. This sounds ambitious, but it is also reality. The Eastfield Mall can never again be what it once was, so it has to become something else.

And this same phenomenon is happening all across the region. The former Big Y supermarket in South Hadley was simply not going to become another supermarket, not that the owners of the property didn’t try to lure one there. So it has to become something else. Tower Square in Springfield is never going to be the thriving retail hub it was in the ’70s ever again, so it has become the home of two colleges — and soon it will be home to a YMCA and a brewery. The Bon-Ton site was not going to house another department store — in a year or 10 years. Hence, a trampoline park.

Let’s hope there is need for other things as well, because, as we said, this trend will only accelerate. More department stores will close, more mom-and-pop stores will close, and eventually the need for large auto dealerships will subside, and we’ll need to find new uses for them. (One auto dealership in Westfield has already been converted into a gym, a restaurant, and indoor batting cages.)

This kind of imagination is going to be needed moving forward, because there are now vacant stores in malls, strip malls, and Main Streets across the region. And there will only be more of them.