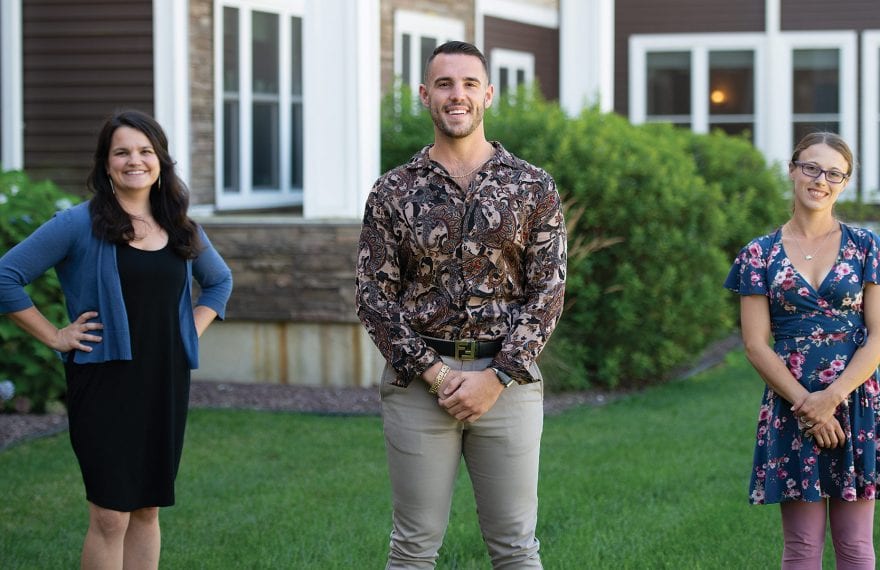 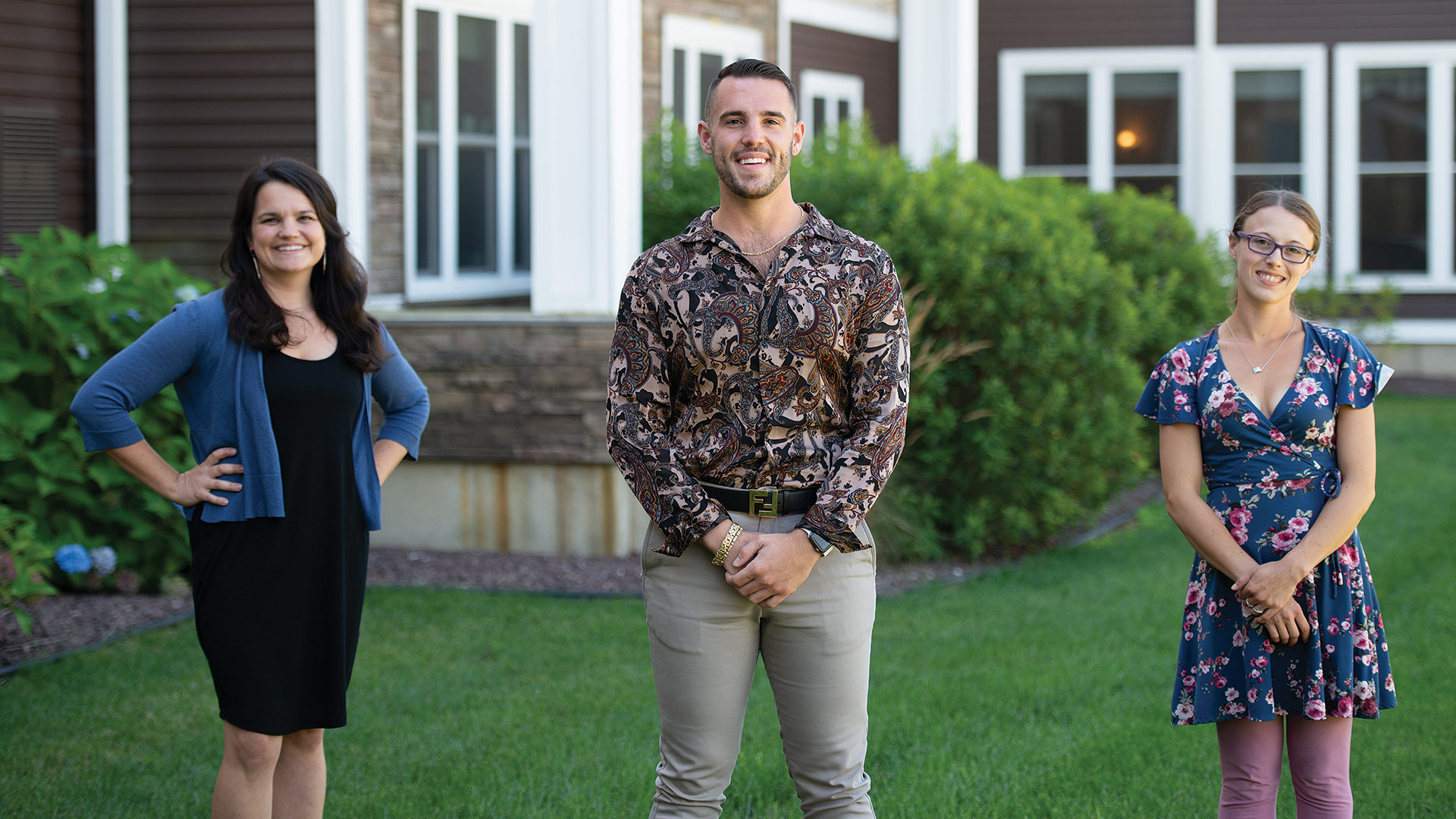 Lydia Brisson was out for a hike with her young son on the mountain behind their home late last March. The objective was to get some exercise, but for Brisson, there was another purpose to this trek.

Indeed, while walking, she was also talking … and trying to prepare her son for the very real possibility that she might soon have to go on the road, if you will, and move from behind-the-scenes work as a clinical liaison for Berkshire Healthcare Systems (BHCS) to the front lines of an emerging pandemic.

And within minutes after returning to the house, her cell phone rang.

On the other end was Lisa Gaudet, vice president of Business Development & Marketing for BHCS, who was asking if she would be willing to pack up, travel across the state, and serve for an indeterminate amount of time as a floor nurse at BHCS’s long-term-care facility in Danvers, on the North Shore. 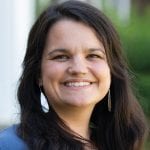 “Then, families are calling constantly because they want to know if their loved ones are OK; things were changing day to day and even moment to moment.”

Brisson didn’t hesitate in responding with a solid ‘of course,’ and that same response was also given by Christopher Savino and Emeline Bean, Western-Mass.-based BHCS clinical liaisons who got similar calls from Gaudet.

Soon, the three would be together in Danvers — out of their territory, away from their families, and smack in the middle of a crisis; there were nine active cases at the facility on the Saturday when those calls were made, several staff members had become ill, and many others had stepped away from their roles or refused to come to work.

As executive leaders at BHCS worked every possible lead and angle to find more nursing staff, Gaudet put out calls to these three members of her team who were nurses. They all said ‘yes,’ but admitted to having no real idea what they were getting themselves into.

So began a truly inspiring story, one that would bring these three closer together — or even closer, in the case of Savino and Bean, who went to high school together and worked side by side. Over the course of a dozen or so days in Danvers, they would get well-acquainted with Bagel World, become very tired of pizza, recall crying in the shower after watching one of their patients — a phrase that takes on special meaning, to be sure — die from COVID-19; vividly remember taking phone calls from family members desperate for information about a loved one, and come to really appreciate some rest at the Residence Inn in Peabody after 15- or even 18-hour shifts. 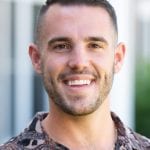 As the three talked about their experiences with BusinessWest at BHCS’s facilities in the Cubit Building in Holyoke, they all stressed that, for them, volunteering for this assignment was a no-brainer; saying ‘no’ wasn’t something that really entered their mind — although, as clinical liaisons, a role in which they focus on evaluating patients for placement at one of BHCS’s facilities, they are a long way from the front lines.

“I didn’t really give my husband much of an option,” said Bean, who has a young child herself, as she recalled that phone call from Gaudet. “The need was there, and this is why you take that oath.”

Those nearly two weeks on the road were learning and growing experiences on every level imaginable, they said, adding that they will never forget any of this, but especially what they encountered upon arriving.

“There were nurses who wanted to hug us — but couldn’t — because they were desperate for help,” Bean recalled. “And there were scared people; everyone was like, ‘what do we do?’ The state was changing guidelines every day.” 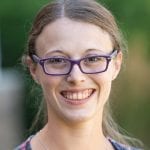 “This was completely different from what we did every day. And it’s given me a new and different perspective on my job. Since we were on the outside in our day-to-day work, this experience reminded me of what those on the inside are challenged with on a day-to-day basis, when all the cards are stacked against you.”

Savino noted that he and Bean, who followed each other to Danvers, arrived a day ahead of Brisson. Their first assignment was the dementia unit.

“You take a dementia patient — they don’t really know already what’s going on,” he told BusinessWest. “Now you tack on a mask, goggles, and essentially you look like a Ghostbuster that’s coming at them with medications, oxygen … they were terrified. They had no idea what was happening, they couldn’t leave their rooms — it was a very difficult situation.”

And while tending to patients, the three were also trying to assist families, who were often desperate for information about their loved ones.

“We were going into an extremely sad situation — there were a lot of unknowns,” Brisson said. “And then, families are calling constantly because they want to know if their loved ones are OK; things were changing day to day and even moment to moment.”

Savino agreed. “Our first day on the dementia floor, I remember getting a call; a patient’s daughter called and said, ‘how’s mom?’ I said, ‘she’s still negative … I haven’t gone to see her yet, but I’ll get there.’ She ended up testing positive 24 hours later and dying a day after that. I remember just breaking down in the shower.”

The three went over as a team, and they recall supporting each other, and others they were working with, throughout their assignment away from home.

“Every night, the three of us would have dinner together,” Savino said. “Every single night, we would decompress. If one of us had an overnight shift, one of the others would get food and leave it outside that person’s door. We had each other, thankfully.”

When asked to put the experience in perspective and talk about how it impacted them and perhaps changed them, the answers were provocative.

“This experience fueled my fire,” said Brisson. “My real passion is direct-care nursing, and although my boss may not want to hear this, it did make me realize that that’s where I will make the greatest difference and help the most people.”

Added Savino, “we all became nurses for a reason — putting everyone else’s life before our own. This experience just reinforced why I became a nurse and why, no matter what, even if I’m in administration, I will always keep my nursing license.”

For Bean, the experience was somewhat different in that she had been at the bedside before. But those 12 days still had an impact on her, professionally and personally.

“It brought me back and made me miss that aspect of nursing,” she told BusinessWest. “This was completely different from what we did every day. And it’s given me a new and different perspective on my job. Since we were on the outside in our day-to-day work, this experience reminded me of what those on the inside are challenged with on a day-to-day basis, when all the cards are stacked against you.”

Returning to that day last March when she got that phone call, Brisson recalled a conversation afterward with her husband, who was naturally concerned and tried to convince her this was not her job and she didn’t have to go.

She recalled that she agreed — to the extent this wasn’t exactly within her job description at that specific moment in time. But as for not having to go … she respectfully disagreed. This was a big part of her job, a big reason why she chose this profession.

Her argument didn’t exactly persuade her husband, but it clearly explains why she, Bean, and Savino are all Healthcare Heroes.