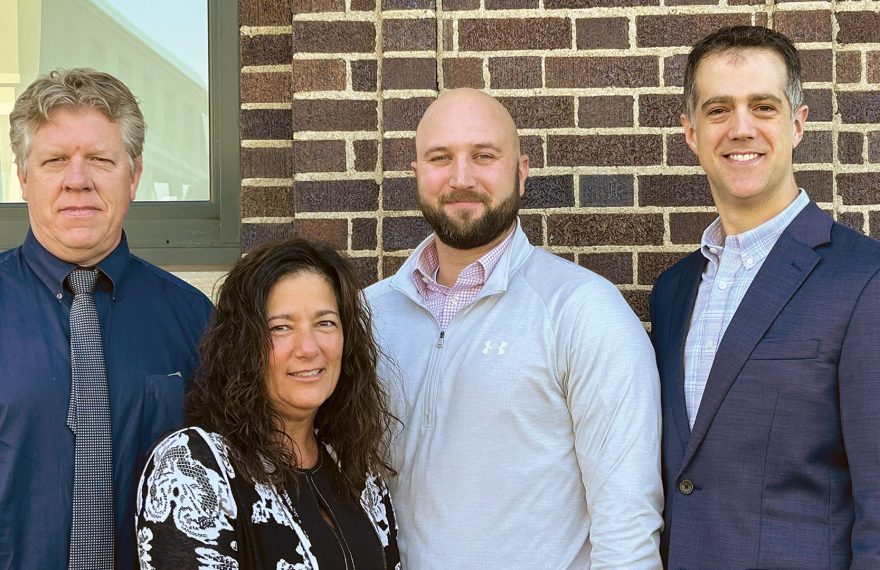 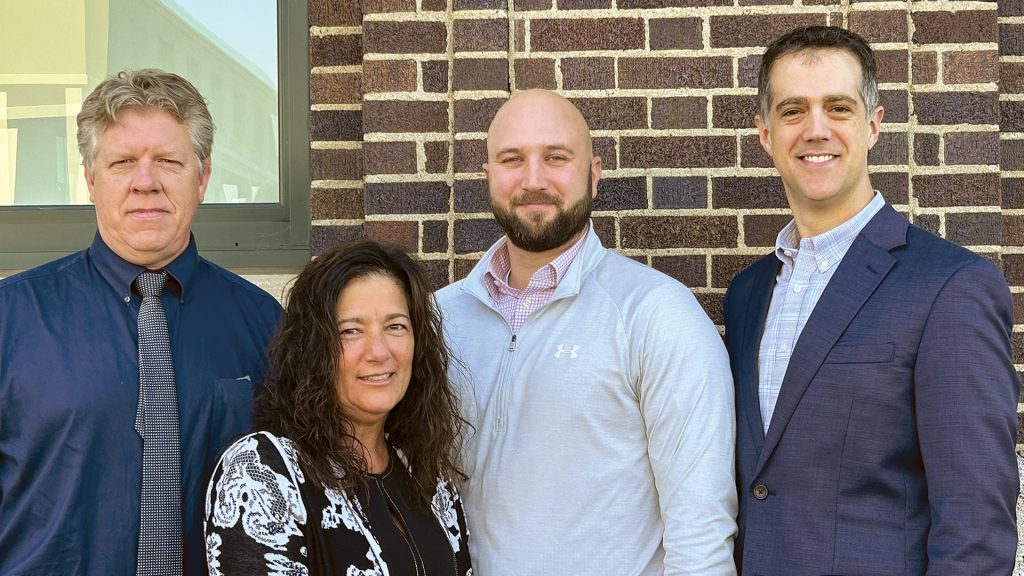 As he talked about the transition in ownership, and leadership, taking place at Springfield-based Dietz & Co. Architects, Jason Newman used the phrase ‘ease-in, ease-out mentality’ to describe the process.

By that he meant that Kerry Dietz, founder of the firm and its principal, has been easing out of the many responsibilities involved with leading this company of nearly 30 employees and its many projects, while a team of four leaders — architects (and principals) Jason Newman, Lee Morrissette, and Kevin Riordan, and CFO Tina Gloster — have been easing into them.

That’s a simple yet efficient way of describing what’s been happening at the Dietz firm for roughly the past two years now as it transitions from a single owner to one with an employee stock-ownership plan, or ESOP, which is a form of employee benefit plan, similar in many ways to a profit-sharing plan.

“Kerry didn’t want to just hand us the keys and walk away, and we didn’t want her to do that either,” said Newman, who studied under her while earning his degree in architecture at UMass Amherst. “We’ve been in our new roles and taking on new responsibilities as principals in the firm, but we also have the comfort, and benefit, of Kerry being here on a limited basis to help guide us and mentor us and still bring all the positive energy she brings to the office, which will sorely be missed when she finally steps away.”

And with Dietz, who is now working just a day or two a week, set to fully retire at the end of this year, the transition process is now pretty much complete, said Newman, adding quickly that those involved are still easing in or out in many respects, but settling into their new roles.

For Dietz, that means the next stage of her life after a more than 40-year career in architecture that saw her make her mark not only in her field, but in the city of Springfield, where she moved her firm into the renovated Union Station; and in the community, where she has been active and philanthropic, and made sure her company and its employees were as well. For this strong combination of business success and involvement in the community, Dietz became a member of BusinessWest’s inaugural Women of Impact class in 2017.

For those succeeding her in leadership positions, it’s a time to write the next chapter for a company that has changed the landscape in the region, literally, designing buildings across many different sectors, from housing to education; office to gaming (it designed many of the spaces at MGM Springfield).

As they start writing those new chapters, those we spoke with said the ESOP model, one in which ownership of the firm is essentially shared by all employees, will work well at Dietz, and for a number of reasons.

“It’s a very interesting way to look at a business, especially in the design industry, where so much of what we do is teamwork,” said Newman, adding that the ESOP model dovetails nicely with the company’s operating structure in ways that were not really anticipated, or fully understood, when the concept was first proposed in late 2020.

Another factor is the high level of transparency that has defined Kerry Dietz’s management style and now characterizes the company, said Morrissette, an experienced architect who came to Dietz in 2019 after working at firms in the Boston area.

“One of the things that is most remarkable to me, coming from other firms in the Boston area and elsewhere before that, is the level of business transparency that the Dietz company has offered from the very first meeting I came into,” he explained. “The quarterly performance of the company and our business initiatives are clear to all the employees, and we have an open-book policy when it comes to salaries, and that’s very uncommon in our industry.

“There has been a very consistent approach to sharing the business of architecture with the entire staff,” he went on. “It’s an education for everyone; it was for me when I first came here — I learned a lot about the business of architecture, and it’s made it a lot easier to do this transition, because we were included the whole time so we could take on more and more understanding and more and more responsibility.”

Riordan, who has been with Dietz for nearly 20 years, agreed.

“Kerry was one person running the firm, and that was a huge responsibility, with a lot of tasks and pieces attached to that,” he said. “It’s been really great to see everyone step into those roles in their own way and actually make a better process for running the firm, because there’s no one person trying to manage it all, plus run projects. There are four of us that are actually taking on the tasks and developing our own initiatives for how we make those tasks better.”

Still, there has been a sharp learning curve with this transition, said Newman, adding that it’s still ongoing.

“It’s definitely a completely different way to run a business,” he said. “Many of the aspects of being an ESOP are quite positive; we have a lot more opportunities for our employees to engage and reap the benefits of being a company owner, from the financial side as well as the cultural side. It’s not one person at the top who has full authority on decision making and the strategic direction of the company.”

Elaborating, he said that, in addition to the four in the four leadership positions, there is also a board of directors charged, in essence, with making sure the company is being run fairly and that all voices are heard.

With the transition in leadership, the three principals have taken on new responsibilities. Morrissette said he will be working on marketing, alongside Marketing Coordinator Ashley Solomon, while also directing the many housing projects the firm takes on, as well as municipal projects. Meanwhile, Newman said he will be working closely with Gloster and focusing on the business side of the company — “talking with our lawyers, corporate governance, contracts, insurance, all this stuff you love to do as an architect.”

Riordan, meanwhile, said he will be focused on “quality control” and developing systems to enable the firm to operate better and more efficiently, adding that all three principals will be involved in several aspects of management, including the recruitment and hiring of talent and building the book of business.

Moving forward, those we spoke with expect some changes at Dietz. One of them involves a broadening of the firm’s reach and getting closer to clients — quite literally, said Morrissette, adding that, with the firm doing consistently larger amounts of work in the Boston area, it will open an office in that city in the near future.

With the pandemic and the manner in which it allowed firms to connect with and work for clients remotely, he explained, the firm has taken on more projects outside the 413 and in areas like Boston, a trend that will continue into the future.

“We’re reaching out, geographically, more than we have in the past, and that’s very exciting,” he said. “This [remote] interaction is something we’re getting very comfortable and familiar with, and it has allowed us to reach much farther than we have before … that’s a big step forward, and it’s something we definitely gained from the pandemic.”

What won’t change, though, is the high level of commitment to the community, and giving back, that Kerry Dietz made part of its fabric of doing business.

“We have a long and strong history in affordable housing and in serving the organizations and the nonprofits that serve our communities,” Newman said. “And our passion to continue to fill that role has not wavered in the slightest. When Kerry was running the company herself, she had a very generous charitable-giving strategy, which we have looked at, revisited, and ramped up.

“We pride ourselves on being an architecture firm that supports the people who support us,” he went on. “And that won’t change.”