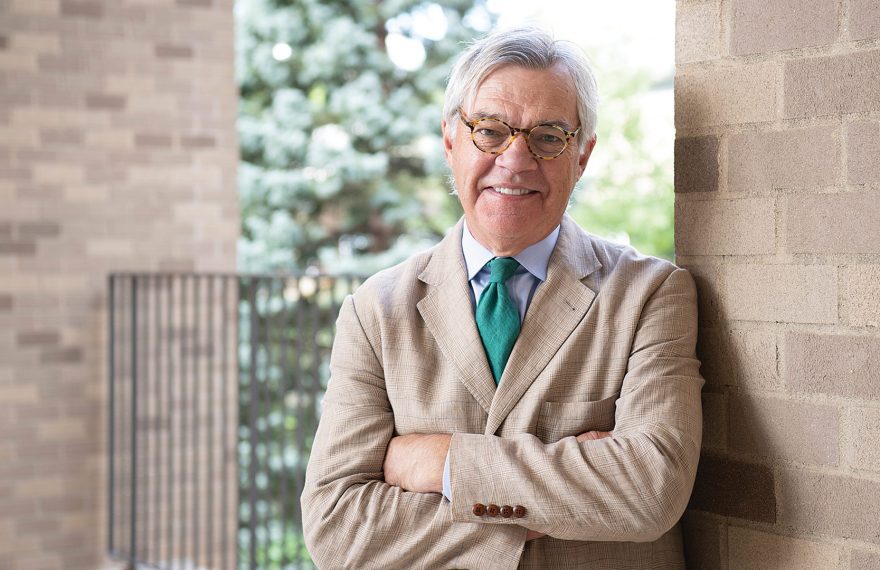 This Physician Provides a Needed Blend of Science and Humanity 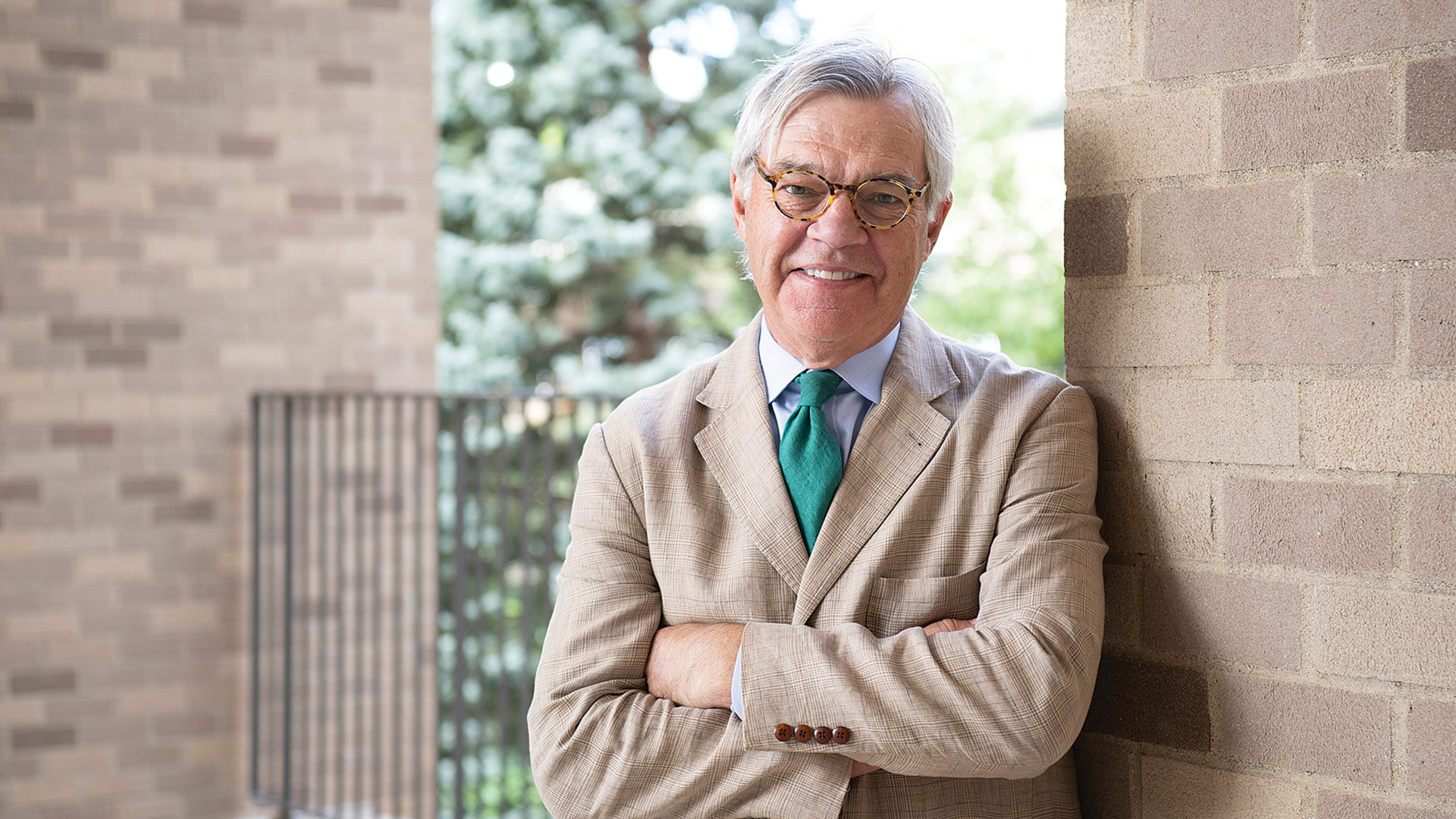 On one wall of Dr. Philip Glynn’s office at the Sister Mary Caritas Cancer Center, sharing space with some diplomas and a few other photographs, is a framed, signed picture of Glynn standing beside Dr. Siddhartha Mukherjee, author of the Pulitzer Prize-winning The Emperor of All Maladies: A Biography of Cancer.

Glynn was instrumental in bringing Mukherjee to Springfield several years ago for a talk at CityStage, and prevailed upon the author, and fellow oncologist, for a photo that would become a treasured keepsake.

As he talked with BusinessWest about his career and being chosen as the Healthcare Hero for 2022 in the Patient/Resident/Client Care Provider category, Glynn gestured toward the photo — but really Mukherjee and his widely acclaimed book — on several occasions.

He did so to indicate everything from his great fondness for the book and general agreement its author on the progress made to date to the promise of great advancements in the future, to the fact that cancer, treating patients diagnosed with it, and providing them and their families with an all-important support system has in many ways defined his life and career.

Indeed, for more than 35 years now, Glynn has been at the forefront of cancer treatment in this region, touching the lives of several generations of area residents, and in many different ways — but mostly by providing quality of life, however it is to be defined by each patient, a subject we’ll return to later.

“It’s such a challenging balance — the human side and the science side. We are all disciplined to make sure that we stay abreast of the science side — that’s our fundamental responsibility, and it all starts with knowledge; there’s no substitute for that. How you integrate that into what patients need on a daily basis … that’s the art of it.”

While he is being honored as a Healthcare Hero in the Provider category, Glynn could be a recipient in almost every one of the others, with the notable exception of Emerging Leader, which would have been an apt description a few decades ago.

He has been an effective administrator and leader, having been instrumental in creating a comprehensive oncology program at Mercy that rivals anything that can be found in much larger cities such as Boston and New York.

Meanwhile, he has been innovative on many fronts, from the telehealth program he piloted in 2017 that allows Mercy cancer patients to get a second opinion on treatment from physicians at the Dana-Farber Cancer Institute in Boston, to his leadership role in creation of a new palliative-care unit that at Mercy that take the name of one of Glynn’s patients, the late restaurateur and serial entrepreneur Andy Yee.

He would certainly draw consideration in the Community Health and Collaboration categories for his work in this region to not only treat cancer but work in concert with others to diagnose and prevent it. And the sum of his many accomplishments would make him worthy of the Lifetime Achievement honor. 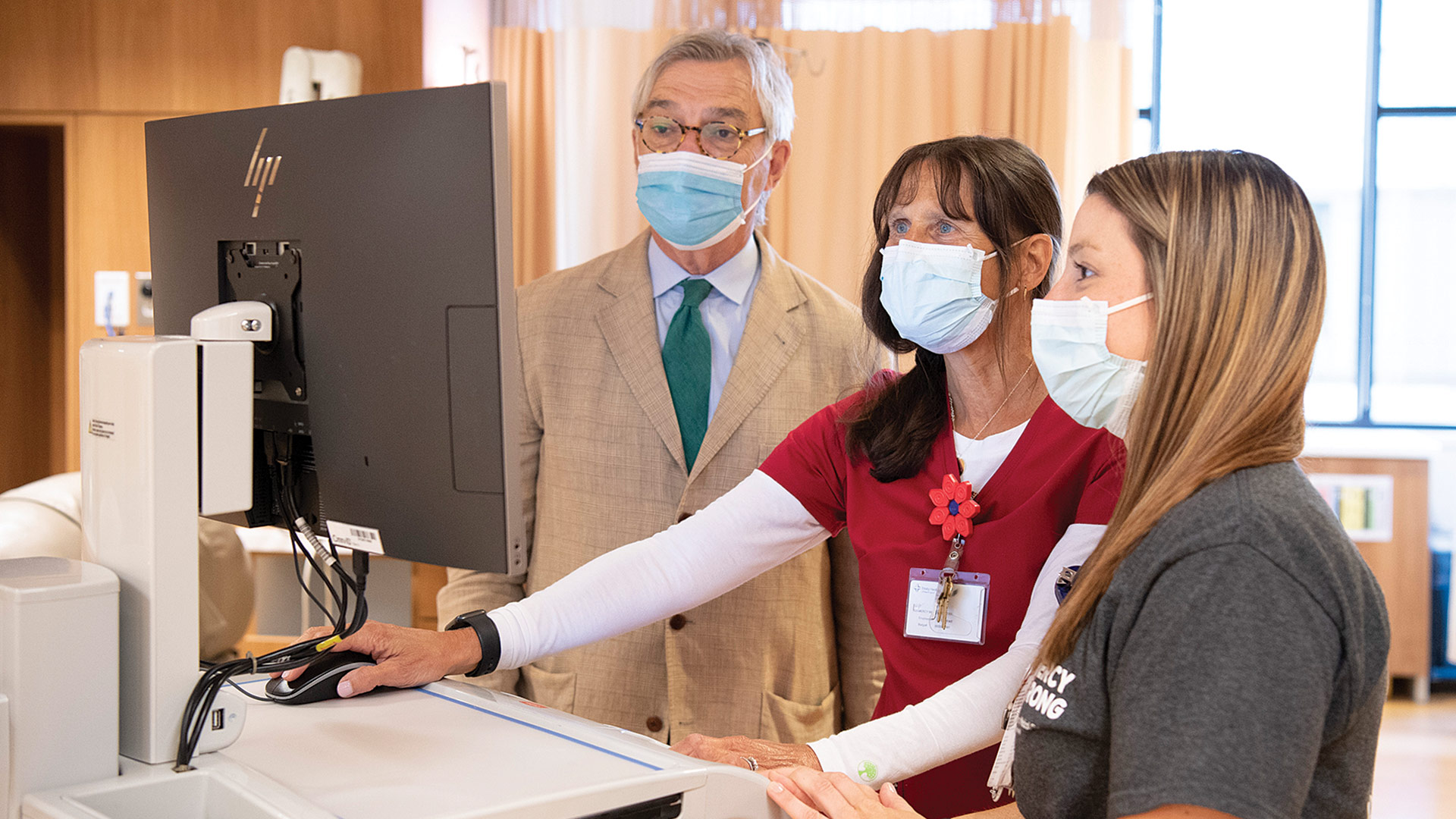 But he is being honored in the Provider category because this is what Glynn, who is certified in medical oncology, palliative care and hospice, and internal medicine is perhaps most noted for — being a provider, of not only direct care, but also information, guidance, and, on many occasions, inspiration to fight the most difficult fight of one’s life.

He is described as a fierce advocate for his patients and a great listener who enables patients and their family members to be heard. Glynn said that what begins when individuals hear that they have cancer is a journey, one that often tests them in ways they could not have foreseen or imagined, and he is there with them for every step of that journey.

Overall, he described oncology as an intricate, all-important blend of science and humanity.

“It’s such a challenging balance — the human side and the science side,” he said. “We are all disciplined to make sure that we stay abreast of the science side — that’s our fundamental responsibility, and it all starts with knowledge; there’s no substitute for that. How you integrate that into what patients need on a daily basis … that’s the art of it.

“And that’s where the greatest satisfaction comes in,” he continued. “When you sit down with someone and say, ‘here’s what we’ve got, here’s the science that will take care of this disease, here’s the limits of the science for this disease’ — that communication with the patient, with the family, brings you to the point where they’re comfortable with the plan of action.”

Making patients and families comfortable, in every sense of that term, is why Glynn is certainly worthy to be called a Healthcare Hero.

As he offered BusinessWest a tour of the Caritas Center, Glynn talked with recognizable pride in his voice about what has been accomplished at that facility.

Formerly a provider of radiation treatment, it is now a true cancer center, he said, noting that it now includes a large treatment space with more than 30 infusion bays, an oncology pharmacy, laboratory space, and other facilities. Overall, the center provides care that may include cancer surgery, chemotherapy, radiation therapy, and clinical trials that provide patients with access to new treatments.

In many respects, the expansion and evolution of the cancer center is the culmination of a career spent in oncology, one that was inspired by many factors and several role models.

Early on, however, Glynn wasn’t sure if he was a good enough student or if he would work hard enough to pursue a career a health career.

Two summers working as an orderly at an Appalachian hospital in West Virginia while he was attending Boston College eventually convinced him that he did.

“The second summer I was there, I was hooked. I said, ‘this is what I want to do,’” he recalled. “It was a great experience; it all become something that I wanted to be part of.”

Glynn earned a degree in psychology at BC, attended Columbia University for pre-med, and earned his medical degree in Italy after failing to gain admission to schools in this country (and learning Italian). After residency at St. Raphael Hospital in New Haven, he completed a medical oncology fellowship at Baystate Medical Center.

Initially, he had visions of becoming a primary-care physician in a rural setting, but during residency, several role models in oncology steered him toward that specialty. He went into private practice, first in Agawam and then Springfield, while also serving as director of Medical Oncology at Noble Hospital and the Noble VNA and Hospice Service.

In 2012, he joined Mercy Medical Center and the Sister Caritas Cancer Center as director of Medical Oncology. In that role, he wears many hats and is responsible for all aspects of the program, including cancer prevention, screening, diagnosis, state-of-the-art treatment and services, counseling, and rehabilitation. He also assists with the implementation of new initiatives, such as cancer survivorship, navigation, community outreach, and clinical research and clinical-trial participation.

He is also a provider, seeing 20 patients a day on average and guiding them through their own individual journey that generally begins with three basic questions regarding their cancer: ‘what is it?’ ‘how much is there?’ and ‘what are you going to do about it?’”

Obviously, the answer to that last question has changed most profoundly over the course of his career.

“I couldn’t have imagined it when I started; it’s changed that much,” Glynn said, gesturing toward the picture on the wall and how Mukherjee had carefully and effectively chronicled the advancements. “Seventy years ago, we did gruesome surgery, and then we had gruesome surgery with radiation, and then you added in chemotherapy. But now we’ve learned about cell biology and what drives cancer cells, so we look at genes, potential immunotherapy, a host of options; it’s absolutely exceptional.”

His ultimate goal is to bring to each patient an improved quality of life, which, as noted, varies with each case.

“If you come in, an oncologist sits down, describes to you what you have, and says, ‘this is not a curable disease; this is lung cancer that has spread to the bone,’ or ‘this is colorectal cancer that has gone to multiple different organs; you do not have a curable disease. Then, what becomes critically important is to give a treatment that is going to ideally shrink the tumor and help someone live longer and better,” he explained. “You need to avoid treatments that are going to make the treatment worse than the disease. Someone may come in with bad disease, but they’re not terribly symptomatic with it … you don’t want to give them a treatment that’s going to be terribly debilitating if you can’t give them some kind of promise that they’re going to live longer from it.

“The other thing that’s really important is that you don’t give treatment for hope,” Glynn continued. “You give treatment to help people live longer and better.” All this brings him back to that integration of humanity and science that he spoke of earlier, a balance, he said, which is at the very heart of effective oncology care.

There are many aspects to this equation, he added, with one of the most important, and sometimes the challenging, being communication and providing information.

“And there are times when it gets really hard,” he explained. “We live in a world that’s packed with information. Some of it’s good, and some of it’s not so good. Patients come in with very unrealistic expectations, and that becomes a very challenging conversation.”

For that reason, he brings patients to his office, positions them in front of his computer, and directs them to websites he considers reliable, with much of the rest he described as ‘storytelling.’

He said patients — and, often, family members — want and need to know about everything from prognosis to the toxicity of treatments; from their therapeutic options to recovery time and what recovery will be like.

“But it’s also important to let them know that we’re going to have a support system there for them,” he explained. “There is going to be a doctor available 24/7.”

Throughout his career, Glynn has been that doctor, there for early-morning and late-night phone calls to make sure patients are heard, and staying with them often well beyond the end of treatment, regardless of outcome.

Returning once again to the photo on wall, Glynn said he believes the best message of that book is the promise of the future.

But there will be new advancements, new and better ways of screening, preventing, and treating the emperor of all maladies, he said, adding that, while his career is winding toward its conclusion, the oncologists who follow him will have new, previously unimagined tools with which to carry on the fight.

And they can certainly draw inspiration from him.

Glynn may not have written the definitive biography of cancer, but he has authored a remarkable career, one marked by treating patients with respect and dignity, handling the heavy burden of their care with grace and humility, and providing that critical blend of science and humanity.

And that makes him more of than worthy of the title Healthcare Hero.