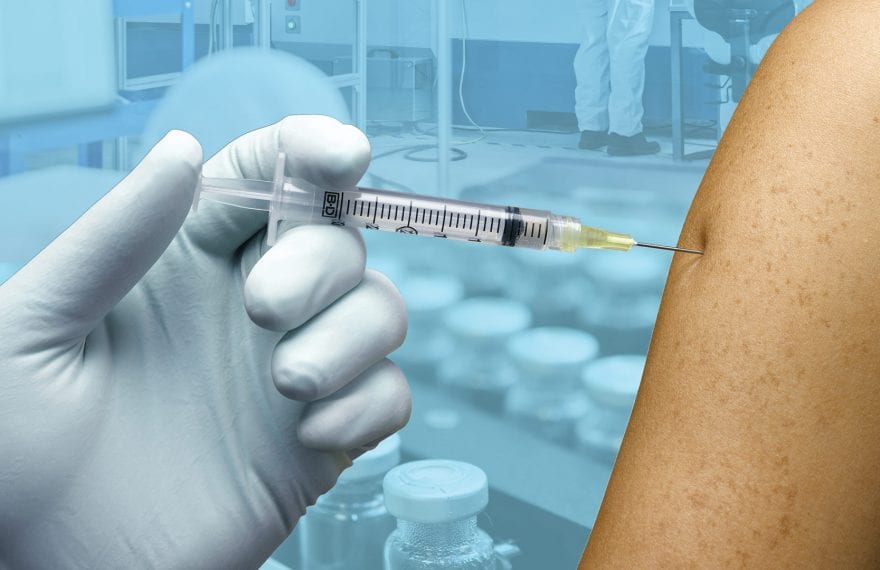 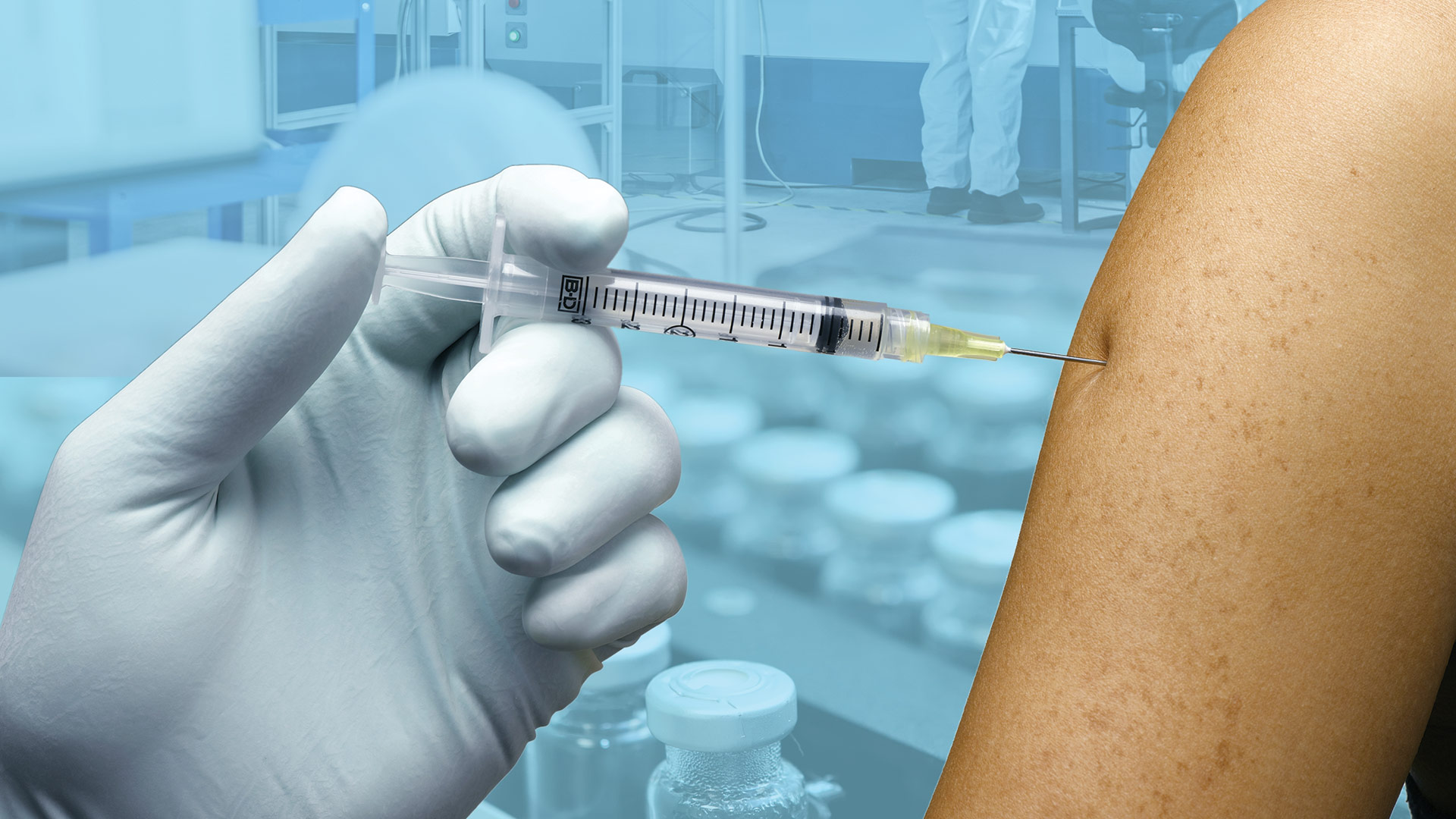 As COVID-19 vaccines begin to roll off production lines, many questions remain — about how quickly they’ll reach the general public, about long-term efficacy and safety, about how many Americans will actually want one.

But on one issue, there is no doubt, Dr. Andrew Artenstein said.

“This is a spectacular achievement just to get where we’ve gotten so far, and I think we should appreciate that,” the chief physician executive and chief academic officer at Baystate Health told BusinessWest. “It’s been a whirlwind, and I mean that in a good way.”

Everyone in healthcare understands the upside — the dramatic promise — of a vaccine as the COVID-19 pandemic enters its 10th month.

“A vaccine is a major component of getting on the other side of this,” Artenstein added. “It’s not the only component, but it’s an important and necessary piece of shortening the duration of this pandemic and possibly preventing future waves.”

With Pfizer gaining emergency-use authorization from the U.S. Department of Health and Human Services to begin distributing its vaccine — and Moderna expected to do the same — the Baker-Polito administration announced allocation and distribution plans for the first round of vaccine shipments to Massachusetts, expected to begin around Dec. 15. The state’s first shipment of 59,475 doses of the Pfizer vaccine was ordered from the federal government and will be delivered directly to 21 hospitals across eight counties, as well as to the Department of Public Health immunization lab.

Doses will then be redistributed for access to 74 hospitals across all 14 counties for frontline medical workers. Another 40,000 doses of the Pfizer vaccine will be allocated to the Federal Pharmacy Program to begin vaccinating staff and residents of skilled-nursing facilities and assisted-living residences in Massachusetts.

In all, Massachusetts is expecting 300,000 doses of vaccines from both Pfizer and Moderna to be delivered by the end of December. Both vaccines require two doses administered three to four weeks apart. While all delivery dates and quantities are subject to change due to ongoing federal approval and allocation, state leaders expect to receive and distribute more than 2 million doses to priority population groups by the end of March. 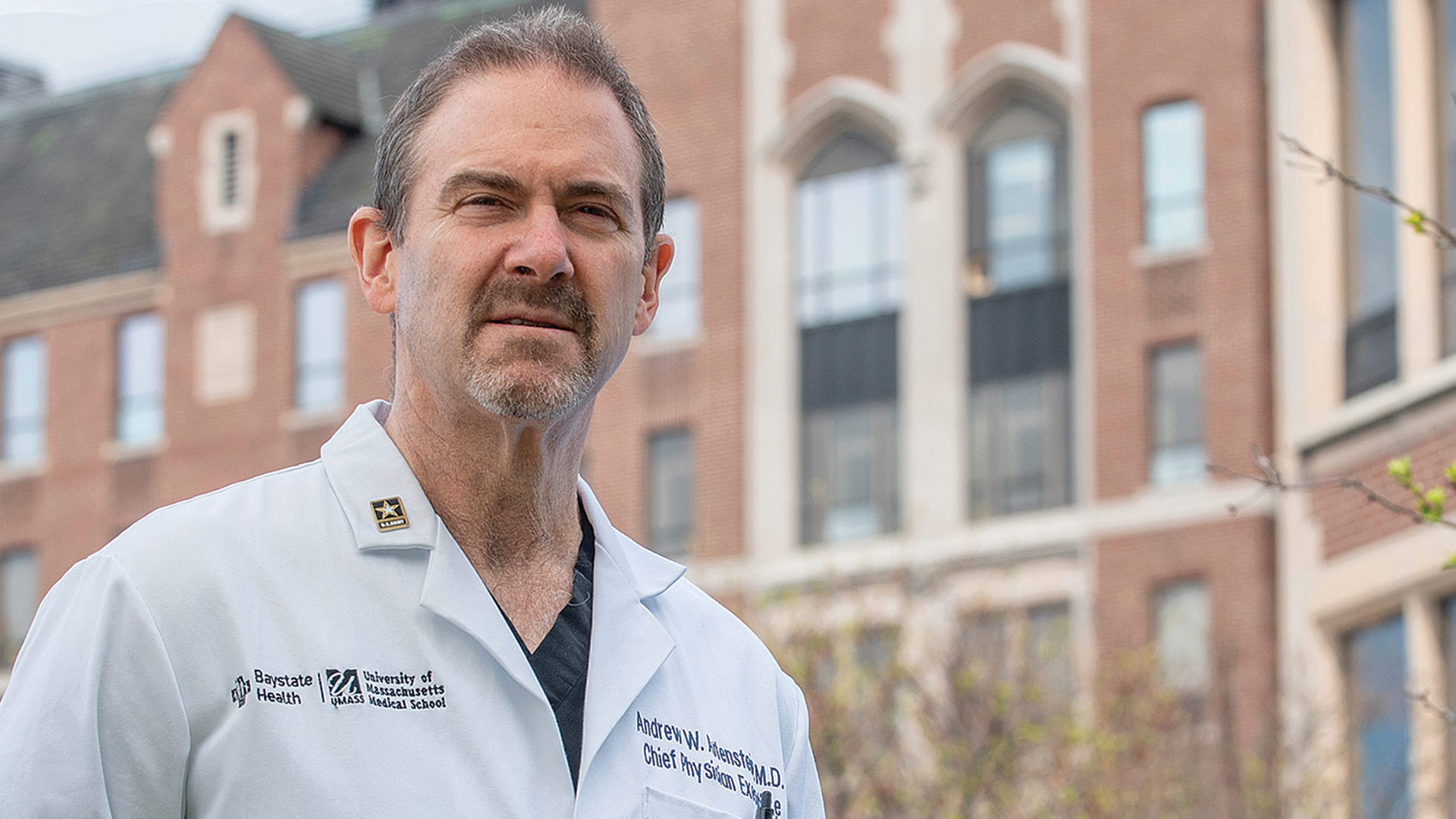 Dr. Andrew Artenstein says the public should not let down their guard when it comes to masking and social distancing while they wait for the vaccine.

“It does make perfect sense,” Artenstein said of the prioritization plans, which reflect judgments on the federal level and ensure delivery to groups like healthcare workers, first responders, the elderly, and people with co-morbidities before the rest of the public. In the case of seniors, for example, “it’s not that they’re more likely to get the virus, necessarily, but they’re more likely to die if they get infected. They do worse.”

Meanwhile, he added, healthcare workers have a greater risk of coronavirus exposure than most other people.

“We’ve been inundated — inundated — with calls from other groups that they want the vaccine,” he said, placing heavy emphasis on that word. “But the truth is, it isn’t available for the general population now, and it may be several months before it is.”

Artenstein, an infectious-disease expert who founded and directed the Center for Biodefense and Emerging Pathogens at Brown University for more than a decade before arriving at Baystate, has been one of the public faces locally of the fight against COVID-19, and he was careful to temper optimism about a vaccine with a reality check on the timeline — and what people need to do in the meantime.

“A vaccine may eventually be the answer, but it’s only going to be part of the solution for the next six to 12 months, assuming we continue to get vaccines that are safe and effective. It’s going to take a while — even if all goes well — before we get enough immunity in the population to really put an end to this thing.

“In the meantime,” he went on, “we would benefit greatly by continuing to push the classic ways to interrupt transmission: masks, distancing, avoiding gatherings. All those things will continue to help us because, even after we start vaccinating parts of the population, it will take the better part of the year to roll it out to everyone, and we need to continue to interrupt transmission.”

Jessica Collins, executive director of the Public Health Institute of Western Massachusetts, agreed, even though it can be a challenge getting through to people suffering from ‘pandemic fatigue,’ who feel isolated and weary of all the changes in their lives over the past year.

“I’m sorry people are tired,” she said. “But the basic messaging isn’t hard — wear a mask, wash your hands, and don’t be inside spaces with a mask off with people you don’t know. I do think the holidays have created a tremendous sense of urgency to remind people again, especially with students leaving schools and coming back to their homes.”

Hopefully, health leaders say, vaccines will put a definitive end to the crisis. But that day is still far off, Collins added. “People need to wait it out.”

In announcing the Commonwealth’s vaccine-distribution plans, Gov. Charlie Baker noted that Massachusetts goes further than national recommendations by prioritizing all workers in the healthcare environment, not only providers, but also food-service, maintenance, and other facility workers. Similarly, home health workers, including personal-care attendants, are prioritized on the list, recognizing their important role providing services to vulnerable individuals and the fact that they often reside in communities highly affected by COVID-19. 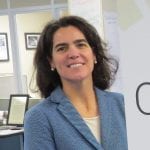 “Messaging is critical, and the messengers are critical. Hopefully, we’ll have good results, and more people will be willing to take it.”

Phase one of vaccine distribution — which, as noted, includes healthcare-facility workers; police, fire, and ambulance workers; congregate-care settings, including not only senior-living facilities, but shelters and jails; and home-based healthcare workers — is expected to last into February. Phase two, expected to run from February to April, will prioritize individuals with co-morbidities that put them at higher risk for COVID-19 complications; all adults over age 65; as well as workers in the fields of early education, K-12 education, transit, grocery, utility, food and agriculture, sanitation, public works, and public health.

Phase three, expected to follow in April or May, will see the vaccine more widely available to the general public.

Baker’s announcement noted that vaccines go through extensive testing, more than any pharmaceuticals, including extensive testing in clinical trials. The U.S. Food and Drug Administration, which approves the vaccine, and the Center for Disease Control and Prevention’s Advisory Committee on Immunization Practices, which will make its recommendation for use, must ensure any vaccine is both safe and effective for the public before approval and distribution.

All this is necessary for emergency-use authorization of the Pfizer and Moderna vaccines, Artenstein said, but the testing process is far from over, and long-term effects won’t be known until, well, the long term.

The emergency-use ruling “is not licensure, but allows the immediate use of the vaccine pending more information that leads to licensure down the road — because we’re in a pandemic,” he noted, adding that he’s optimistic about further testing, as trials so far have shown about 95% effectiveness across all age groups, with no serious adverse effects.

“The data I’ve seen is pretty impressive for efficacy and safety of the vaccine. And there were around 40,000 people in the trial, so that’s a good sample,” he said — enough to start delivering some immunity to high-risk populations now.

The question, especially as distribution widens in the spring, is how many Americans will actually take the vaccine. Collins said the Public Health Institute has conducted preliminary outreach and found some skepticism and mistrust of the government when it comes to vaccine advice, especially in communities of color.

“In order to counteract that, we have been trying to find and lift up messengers in the community who are trusted people, whether faith-based leaders or other trusted messengers, to counteract skepticism and fear about getting vaccines, whether the flu vaccine or the COVID-19 vaccine,” Collins told BusinessWest, adding that the institute held a virtual town-hall event two days before Thanksgiving and asked 10 such messengers to share their wisdom on prevention measures.

Artenstein breaks down vaccine attitudes into three distinct groups of people — two of which are those champing at the bit for a vaccine, and a small but robust community of anti-vaxxers who express skepticism at vaccines in general.

“Then there’s a whole middle group who could be convinced to get the vaccine, but they’re concerned about safety and effectiveness,” he explained. “It’s a risk-benefit calculation, and based on what I know about vaccines, the risk seems low, and the risk of COVID seems pretty high, especially right now, with such high rates in the community.

Hampden County, in fact, currently ranks third among Massachusetts counties for transmission rate, with more than 50 positive cases per 100,000 residents.

Typically, around 70% of people in a community — or a nation — need to be exposed, either through natural infection or a vaccine, to reach the desired herd immunity, he added. “In the U.S., that’s a big number. But the risk-benefit calculation is obvious. You’d like, over time, to have enough people willing to get the vaccine to help the general population.”

While surveys currently suggest about 60% of Americans are willing to take a COVID-19 vaccine, that number could rise higher if early results from the priority groups demonstrate both effectiveness and safety.

“The U.K. is going first, and then U.S. healthcare workers have to go — which is obviously the right thing to do — then people over 65,” Collins noted. “It’s not like the general public is being made guinea pigs. We will actually be able to see a lot of people getting the vaccine, and the companies will see the reactions.

“So, messaging is critical, and the messengers are critical,” she added. “Hopefully, we’ll have good results, and more people will be willing to take it.”

Artenstein agreed, adding that, for the group of Americans ready to line up right now, the wait may be longer than they realize, but that’s OK.

“We’re a little over our skis on this,” he said. “There’s a lot of excitement and anticipation, but it’s going to come out as more of a slow roll; there’s a manufacturing process, an approval process, and a safety process. There won’t be 300 million doses available tomorrow, and that’s hard for some folks.

“There’s going to be a lot of interest, questions, and anxiety, and rightly so,” he added. “We’re living in a very different time, and people want to move very fast. But we have to make sure we do things in the safest possible way.”