With Obesity on the Rise, Americans Struggle to Get Fit 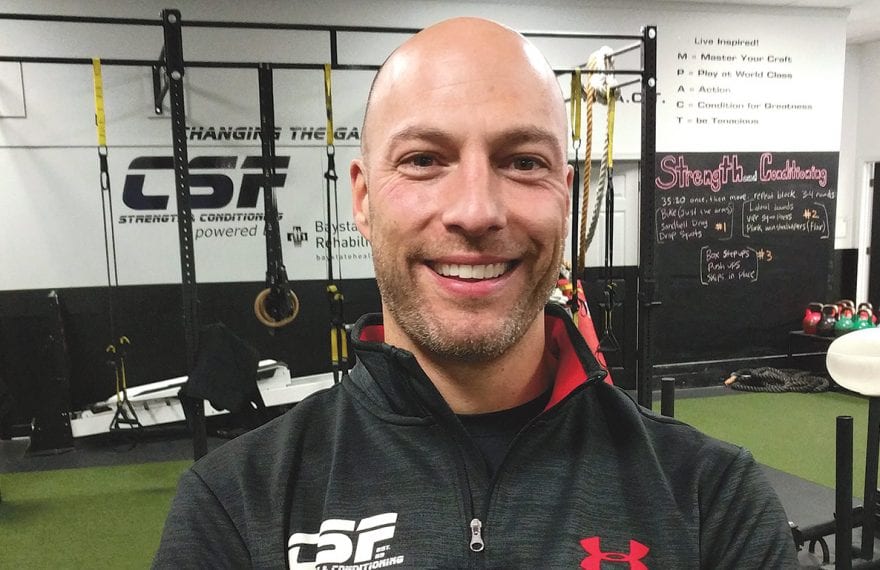 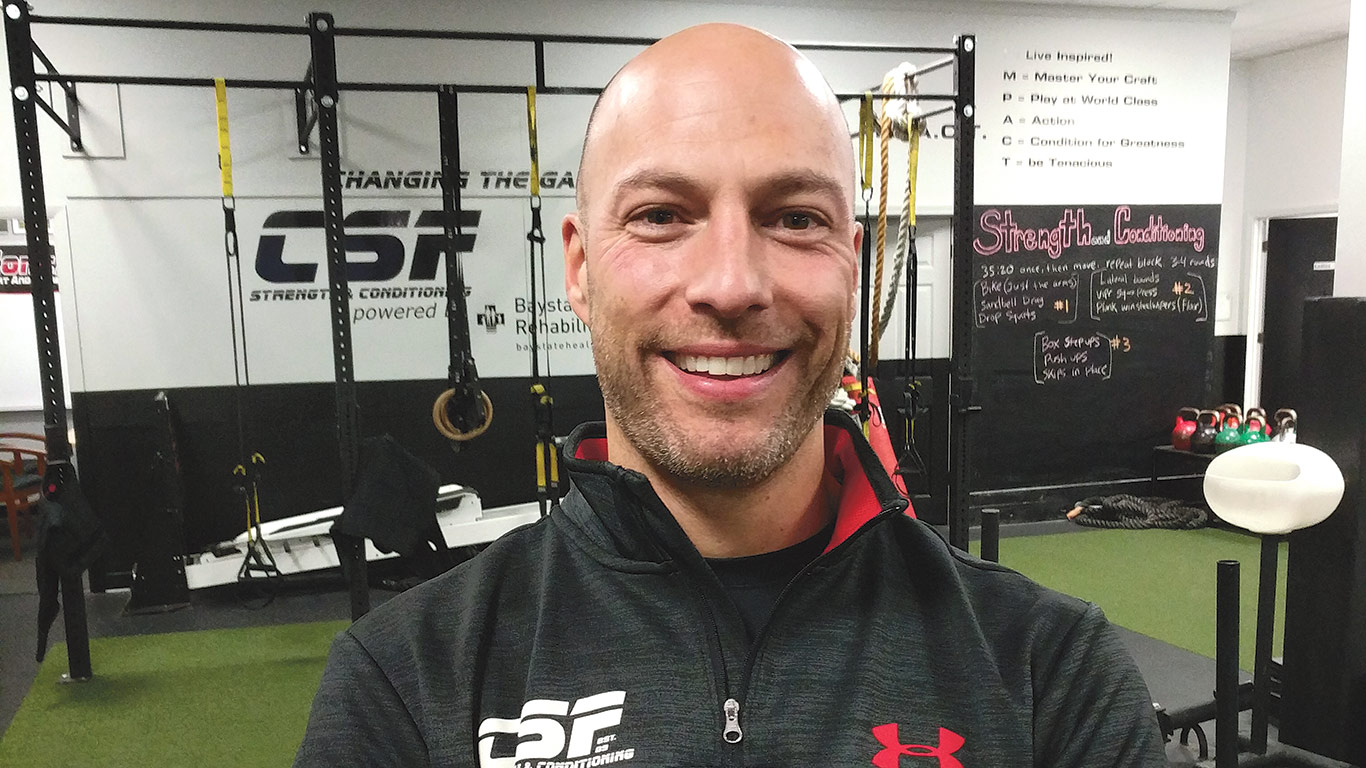 Steve Conca says it can be difficult for people to ask for help losing weight and getting fit, especially if they’re discouraged by all the attempts that didn’t work.

It’s gratifying, Steve Conca said, when people ask for help managing their weight — especially if nothing has worked before.

“When people come to us, they have a laundry list, and sometimes we’ll even write it on the whiteboard — ‘tell me all the stuff you’ve tried that didn’t work,’” said Conca, who owns Conca Sport and Fitness in West Springfield.

“They go on and on about different things, whether it’s a training method or a diet — you name it, they’ve tried it, and it didn’t work. And we draw the line and say, ‘we don’t to be the next thing on that list of 15 things that didn’t work. It stops right here.’”

But that’s easier said than done, he told BusinessWest, because weight loss is more than a numbers game — even when the numbers seem so overwhelming.

“It’s a lifestyle change. It’s mindset, it’s accountability, it’s exercising the right way. It’s eating healthy again and not just counting points. You’ve got to take it one step at a time and get your mind right.”

“It’s a lifestyle change. It’s mindset, it’s accountability, it’s exercising the right way. It’s eating healthy again and not just counting points,” he said. “You’ve got to take it one step at a time and get your mind right — and make sure the effort and exercise you’re going to put in are designed for you specifically, and will work for your body and your metabolism.”

Even people who lose weight, whether through traditional diet and exercise or surgery, often have trouble in the months and years following their initial success, said Dr. Yannis Raftopoulos, director of the Weight Management Program at Holyoke Medical Center.

“The challenge is, how do they maintain this weight in the long run?” he said. “Most practices today aren’t looking to change the person. That’s what we do here, and we have a higher success rate and a better chance to maintain the weight loss. But that’s hard to do. We have seen great successes, but it’s labor-intensive, time-consuming, and a lot of resources are needed.”

And it starts with a decision to take that first step, Conca noted.

“When someone calls and says they need help, that’s a vunerable position they put themselves in. When they come in and sit down, that’s one more big step that can also be another vulnerable spot,” he said. “We take that very seriously that you’re looking to trust us with your health, fitness, and well-being. That’s a huge responsibility, and we take it seriously.”

It’s an important responsibility, too, in a country that’s been going in the wrong direction, fitness-wise.

“There’s something that’s dramatically not right,” Conca said. “As a people, we’re getting less active, and we’re eating a much poorer grade of food than we did 20 or 30 years ago.”

Those trends are starting at an early age. According to the latest data from the National Health and Nutrition Examination Survey, produced by the Centers for Disease Control and Prevention (CDC), the percentage of children ages 2 to 19 who are obese increased from 14% in 1999 to 18.5% in 2015 and 1016. In the Pioneer Valley, 25% of children are considered obese. 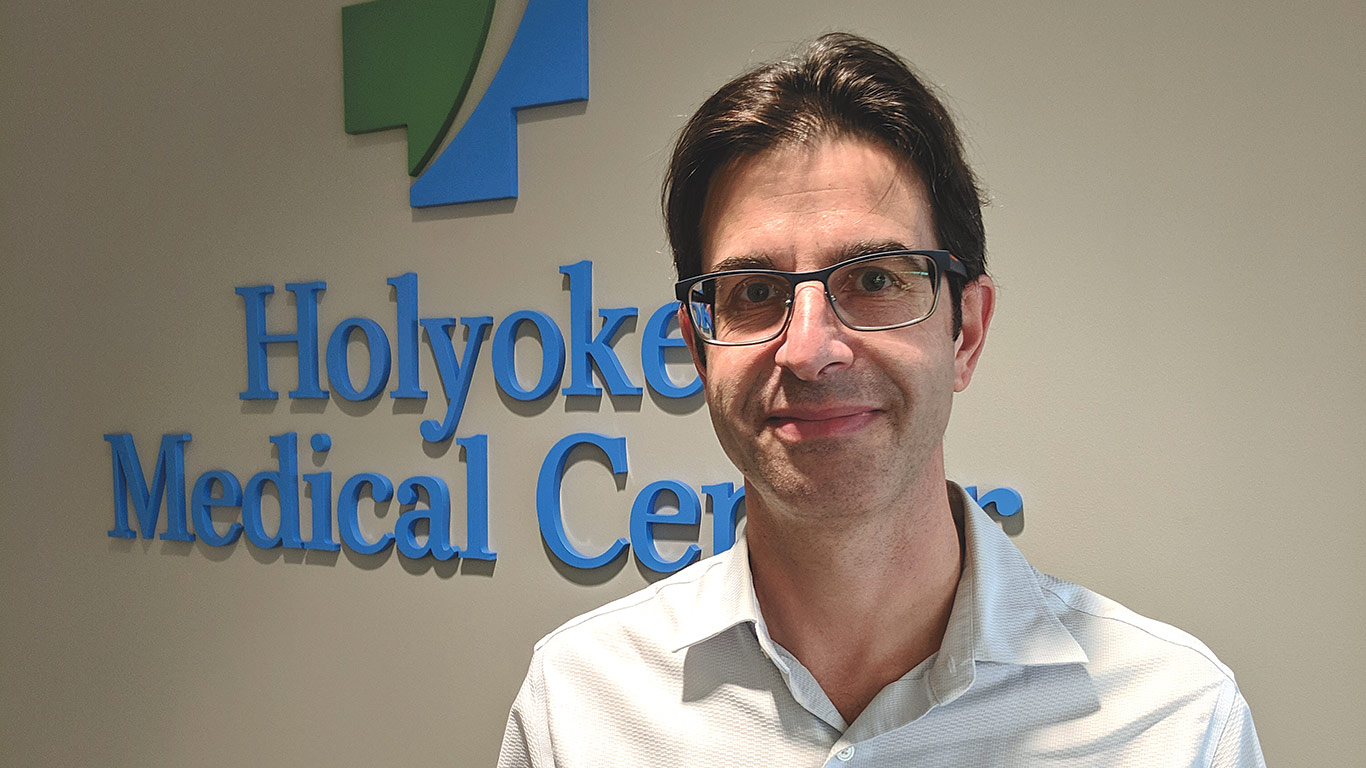 Dr. Yannis Raftopoulos says treatments for obesity are myriad, and crafted on a patient-by-patient basis.

“That means they have a body-mass index that puts them at increased risk as they enter adulthood for diabetes, high cholesterol, heart disease, gallbladder disease, asthma, and bone and joint problems. Already, we are seeing more and more youngsters developing type II diabetes, which is commonly developed by overweight adults,” said Dr. Chrystal Wittcopp, medical director of Baystate General Pediatrics, who oversees the Pediatric Weight Management Program at Baystate Children’s Hospital.

“The growing rate of childhood obesity in our country is alarming. Being overweight poses a serious threat to the health of America’s children, and as a society, we must make a concerted effort to decrease its prevalence not only in the Springfield area, but across the country,” she added, noting that obesity carries psychosocial consequences that can also hinder these children academically and socially.

Of even greater concern, there was a large increase in obesity — up to 14% from 9% — in the youngest population of those 2 to 5 years of age.

Conca sees it, too. “Overall, kids are moving not as efficiently as they were years ago. When we were growing up, kids were outside crawling, jumping, running around, and their bodies developed much differently than the kids now if they’re not forced into a structured activity. Instead, many of them are glued to a phone or a tablet. It’s a generational thing, and we’re seeing it not only on the activity level but the nutrition level as well. Kids don’t appreciate their bodies as much as they should because things like exercise and sleep and nutrition aren’t talked about.”

He recalled talking to an older woman whose infant grandchild’s first word was ‘Dunkin’ Donuts’ — which isn’t as odd as it sounds because the child’s parents were always making fast-food runs.

“She’s distraight about it because it’s not the way she wants her grandkids to be raised, but it’s something that, culturally, a lot of kids are embedded in. And they’re so impressionable at that age.”

When parents choose to eat right and be physically active, Wittcopp added, children are more likely to take note and make those same healthy choices. She said families could encourage each other by walking around the neighborhood together, going on a bike ride, or playing basketball at the park, while limiting time spent in front of the TV and video games, and cooking healthy meals with fresh vegetables, fruits, and whole grains.

“The severe consequences of obesity underscore the critical importance of children and teens to participate in physical activity and to engage in healthy eating habits,” she noted. “Childhood obesity is entirely preventable, and it is up to adults to encourage these healthy habits.”

For individuals who are well past those foundational years and frustrated by an inability to get fit, there are plenty of treatment options, Raftopoulos said.

“There are different levels of obesity, and different methods are available based on that,” he told BusinessWest. “For someone mild obesity, surgical options are usually not recommended, though there are some exceptions to that.”

Less drastic options range from classic diet and exercise to medications that restrict appetite, although Raftopoulos isn’t personally keen on those, as they can be expensive, come with side effects, and are not a long-term solution.

A more dramatic, yet still non-surgical, option is a gastric balloon that is swallowed, inflates, and suppresses the appetite until it’s removed after a few months. Holyoke Medical Center is currently involved in a clinical trial of a more advanced balloon that needs no endoscopic removal, but rather passes into the stool after it deflates.

Then there are the surgical options, specifically gastric bypass and sleeve gastrectomy, both of which drastically reduce the size of the stomach. But, no matter how effective a treatment is, whether surgical or non-surgical, patients face the same challenges afterward.

“Surgery will reduce the portion of the stomach and how much you can eat, but you can gain weight even with a small stomach,” Raftopoulos said. “If surgeons don’t provide the support to change the fundamentals of the patient — if they don’t help you change how you live your life — nothing will be very effective, and you can gain the weight back.”

For people who have struggled with obesity, he noted, there’s a psychological component to maintaining a healthy weight, and one that can be frayed by the stresses of everyday life, from work schedules to parenting obligations to caring for sick parents. That’s why his team works with patients on managing their entire lifestyle — through education and support services — to stay on the right path.

“The problem with how medicine is done today is not seeing the patients holistically,” he said. “Everybody is focused on one thing — ‘oh, your ear hurts? Let’s fix the ear.’ But the ear is connected to something else. And that fragmented mentality affects the patient’s results.”

But when something clicks, Raftopoulis gets excited — not just for that one patient, but for others who may be inspired by their example.

Conca understands the frustration of trying to make a change, and, after a few weeks of poor results, becoming discouraged.

“What they’re doing isn’t working, and after a few weeks, they’re tired and frustrated, and they quit again. Rightly so — if you’re doing something and not getting results, you’re going to stop doing it,” he said.

That’s why he touts his practice’s ‘Fit in 42’ program, an immersive, six-week experience that aims to change not just the number on a scale, but a mindset, through both serious exercise and an emphasis on accountability through activities like daily journaling and connecting with other members, both at the gym and on a private Facebook page.

“That sense of community and connection is so powerful — it’s more powerful than anything we could throw at them exercise-wise,” he went on. “So we have the community component, plus training that works, plus nutrition — there’s no diet, you’re just going to eat good, healthy foods for your body type — and then you see results. We have to show them results.”

It’s a great feeling, he said, when someone trusts him to make a change when nothing has worked before.

“When someone comes in, they have to have a why. From a business perspective, we try to preach that as well. Why are we doing what we’re doing?” he said, before answering his own question.

“People come in, and they’re down in the dumps and just throwing in the towel, saying, ‘I just want to play catch and not hurt, or just roll around on the ground with my kids.’ And it’s really cool to give somebody that. It’s really rewarding.”