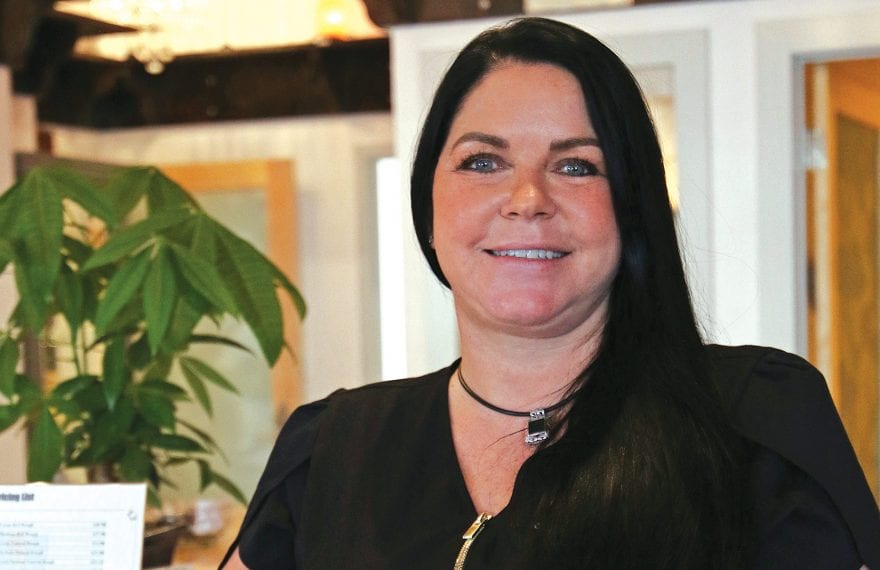 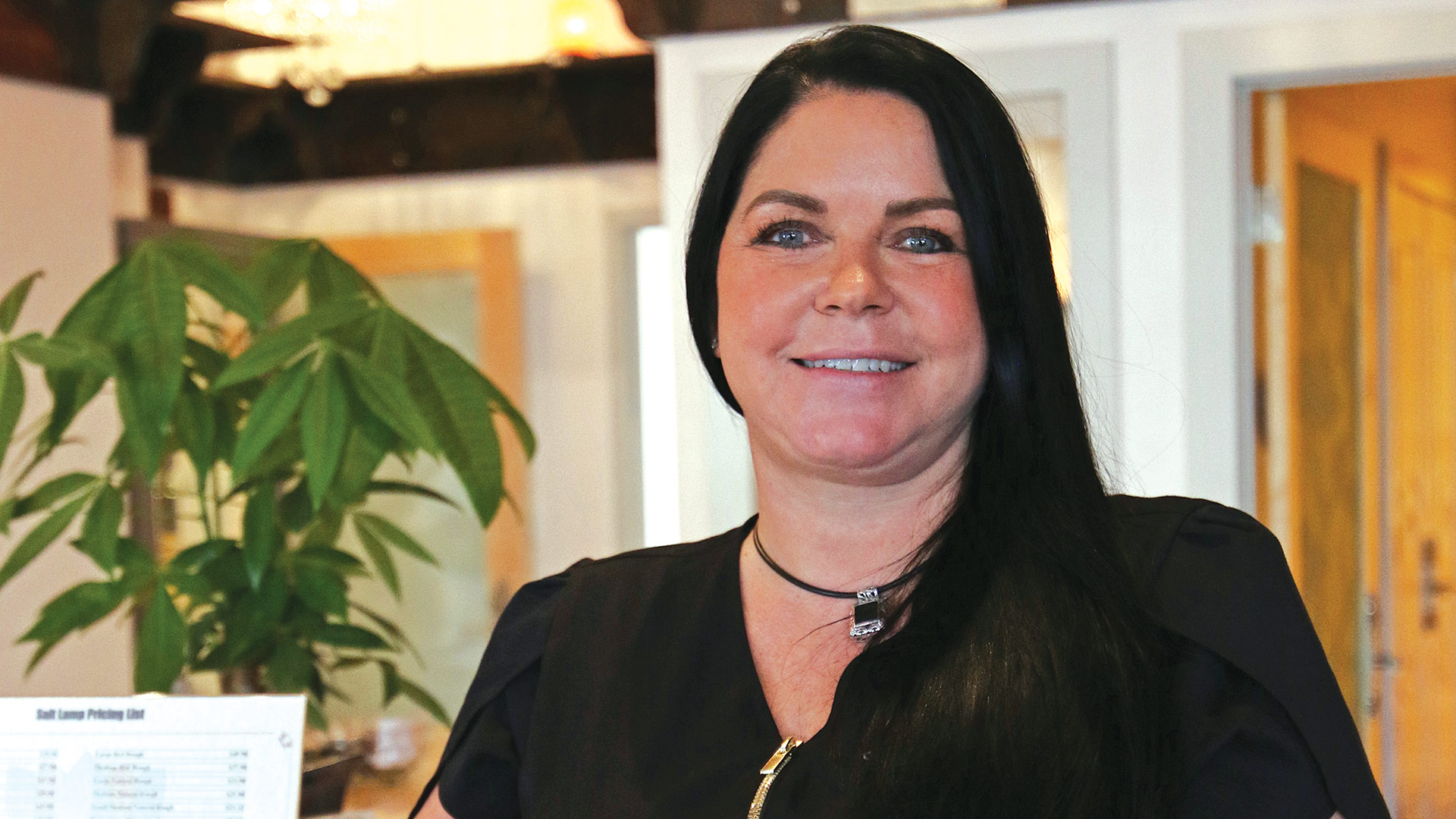 Denise Pelletier was inspired by her own experience with the benefits of salt therapy to help others find similar success.

Denise Pelletier was gifted a trip to a salt cave for her birthday — not your average way to celebrate another trip around the sun.

But Pelletier has bartonellosis, a chronic Lyme disease co-infection that can produce symptoms like fever, fatigue, headaches, and bone pain. When her sister heard about salt therapy and the benefits it can bring, she took Pelletier to a salt cave, thinking it might help with some of the pain she was suffering from.

In the process known as halotherapy, pure, drug-free, pharmaceutical-grade salt is heated and ground into microparticles by a machine called a halogenerator and dispersed in a room or salt bed.

The results of her first salt-therapy session, Pelletier said, included relief from allergies and asthma, among other things.

“I realized that, when I do salt therapy, I don’t need to use my inhaler twice a day, and I don’t need to take my allergy medicine every day,” she said, adding that, if she doesn’t get in at least one or two salt sessions a week, she finds herself needing to use more medication. “For me, it made such a huge difference.”

Although she originally had no intention to start a business, she felt she needed to share the benefits of halotherapy with other people who may be going through a similar thing.

“I’m one of those people that, when something works so wonderfully for me, I want to help other people,” she said. “I thought, ‘how can I bring this to other people?’”

Science hasn’t quite caught up with the halotherapy trend yet, at least in the U.S., and concrete evidence of the benefits are oftentimes conflicting. But salt therapy has been around for centuries and is more popular in Europe, used as a natural and holistic method for health and wellness.

For Pelletier, the results were fantastic — which is why she’s sharing the benefits of the holistic regimen with others.

Go with the Flow

When thinking about her main goals for her new business, Pelletier had one thing in particular on her mind: keeping a positive and relaxed energy throughout the entire space.

But it took a lot of work to get there, as months were spent gutting the entire building with help from family to make it the business she dreamed of.

“The feel is very important to me, which is why we put so much into the décor,” she said, adding that salt walls and salt floors, while they do not necessarily contribute to the health benefits, add a lot to the relaxation part of the experience. “There’s a lot of people that feel a whole shift in energy when they come in.”

According to Pelletier’s website, salt is negatively charged, which means it naturally attracts positively charged particles and cancels out harmful electromagnetic vibrations in the environment and in people’s bodies. In many cases, this feeling is compared to visiting a waterfall or spending a day at the beach. 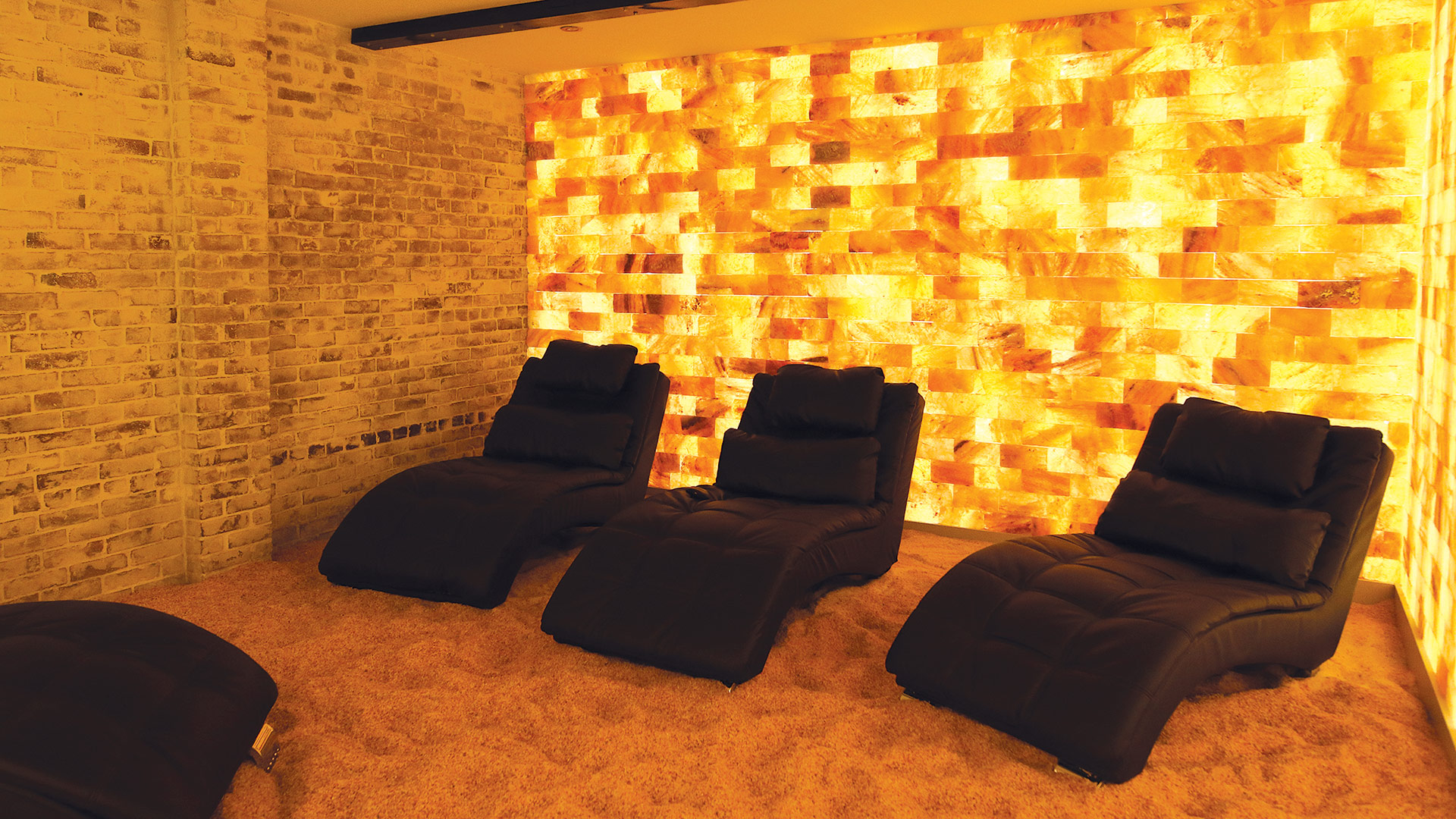 Denise Pelletier says she put much thought and effort into the décor and and feel of her establishment, and people “feel a whole shift in energy when they come in.”

And while she by no means recommends eliminating prescribed medicine while practicing halotherapy, she says using it along with salt therapy may help people cut back on the medication they are taking.

“Whether you have breathing issues or skin issues, it’s just something that’s so good to do for yourself, even if you decide to do it once or twice a month,” she said. “It really is that feeling of well-being because it’s actually doing something for you.”

There are five rooms in Enisde’s Halotherapy focused on this well-being feeling — the Dawn Room, which provides the full salt-cave experience with a room-wide salt floor; the Willow Room, with moon pods to sit on that deliver a full-body, weightless sensation; the Bosai Room, featuring a large salt sandbox floor on half of the room and wood floors on the other half; and the Zen Room and Namaste Room, which include state-of-the-art salt-therapy beds for those who want a more private experience.

Salt therapy is more popular in Europe, but is starting to gain traction in the U.S.

Give Salt a Chance

Pelletier says the benefits, especially during this time of year, are far greater than what most people would expect.

“It definitely helps you stay healthier in the wintertime, with the flus and the bugs going around,” she noted. “If you are overcoming something, this is wonderful for you because the salt removes toxins from your lungs, it reduces swelling in your lungs and sinuses, and it detoxes your skin.”

While this method of relaxation hasn’t quite caught on in too many places yet, Pelletier hopes people will give halotherapy a try and see the benefits for themselves.

“It’s nice to have something that’s positive and about wellness,” she said. “My hope is that people will want to start taking better care of themselves and making it a priority.”