Manufacturing Leaders Ponder the State of Their Industry 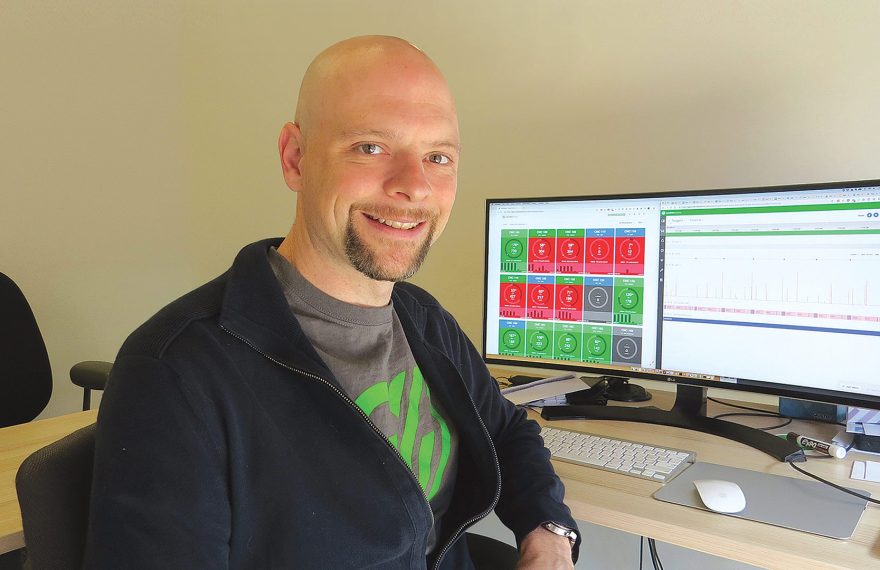 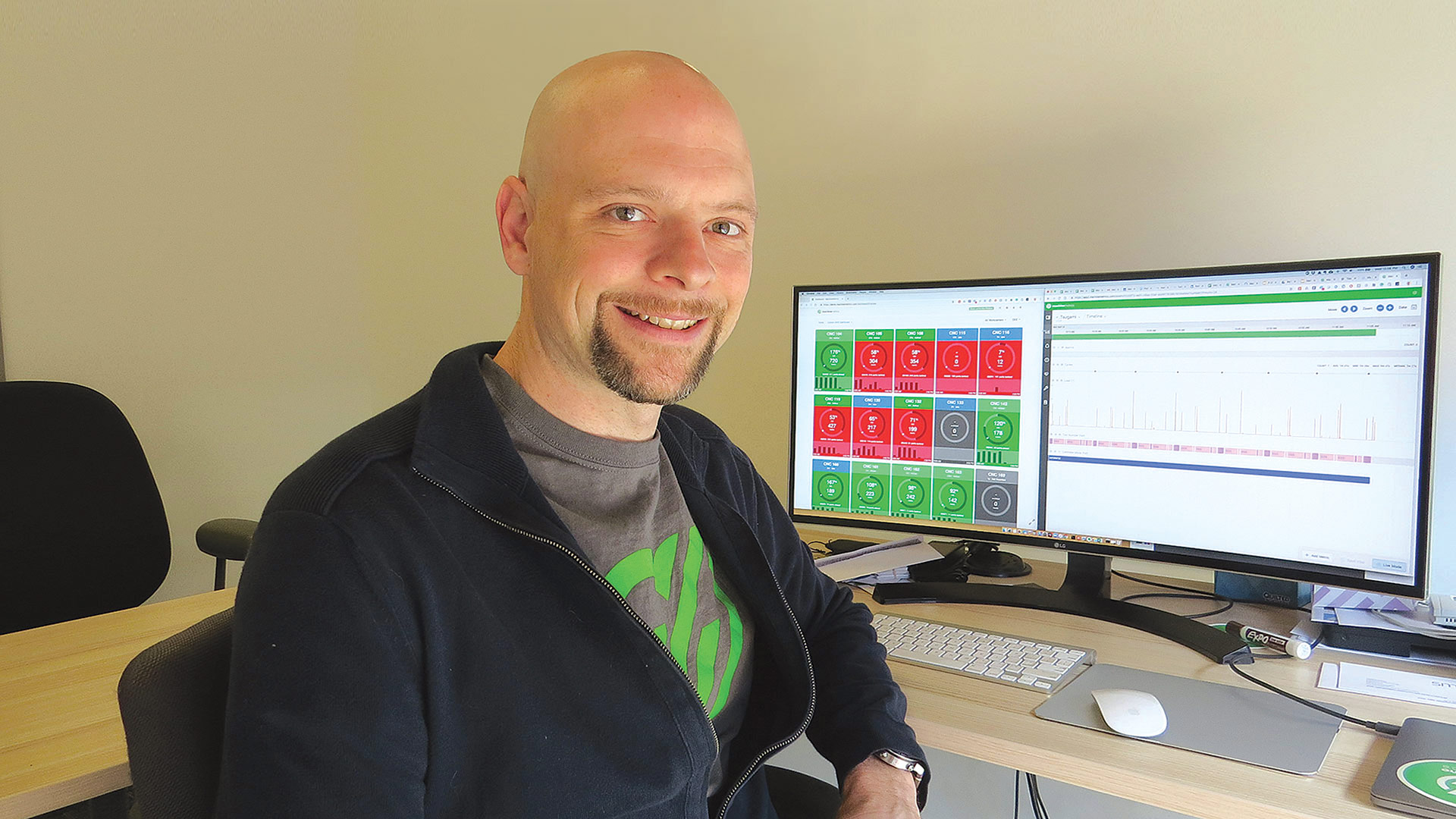 Bill Bither says employee-retention efforts should consider wages and culture, but also how cutting-edge the company’s technology is.

Manufacturing is a healthy industry, Bill Bither days, and demand for manufactured goods is soaring across all sectors. Meeting that demand is … well, a challenge.

“The first half of 2021 was quite strong; we were actually averaging around 30% higher than we’ve ever seen since we’ve been collecting this data,” said Bither, co-founder and CEO of MachineMetrics, a Northampton company that specializes in predictive analytics for manufacturers and serves hundreds of customers all over the globe.

“Then, after the July 4 holiday, we saw this tick down … it was almost like a shift change. That was likely due to the supply-chain issues that occurred over the summer, and we’re continuing to see that in our data through the second half of the year,” he went on. “But if you look into the beginning of 2022, we’re starting to see some of that come back.”

Jerry Foster, chief technology officer at Plex Systems Inc., a software company based in Michigan, saw a similar trend in 2021. He noted a steady, 18% decline in production from the end of the first quarter to the end of the third quarter, when companies were feeling the pinch of labor shortages (see story on page 36) and supply-chain issues.

“This was not due to the economy shrinking or decreased demand; it’s just the opposite. Our customers are reporting three to six months of backlogged orders just waiting to be fulfilled, waiting for raw materials or the workers to do that work. So this downturn is definitely due to those two main issues of labor and supply chain.”

Bither and Foster were joined last week by Chad Moutray, chief economist for the National Assoc. of Manufacturers (NAM), at a MachineMetrics-hosted webinar on the state of the manufacturing industry and the challenges that will continue to impact companies in 2022 and beyond.

To be sure, the past year was nothing like 2020 for many manufacturers. Foster estimates that Plex customers lost 26% of their normal year’s business during a deep trough in the spring of 2020. “Manufacturing really took it on the chin,” he said. “So 2021 had a lot of ground to catch up.”

It has done so — to a point. NAM has conducted a member outlook survey quarterly since 1997, and the sector has certainly rebounded since the recession of 2020, “but we have seen more recently that data pull back a little from where it was last summer,” Moutray said. Specifically, last June, 90.1% of members felt positive about their company’s outlook, but that crept down to 87.5% at the start of fall and 86.8% toward the end of 2021.

Manufacturing demand is really not the problem, he explained, despite a slight dip in production recently due to the surging Omicron variant. “In general, employment is the issue; it’s the ability to meet that demand that has been the larger issue we’ve continued to hear from our members.”

The survey revealed that members’ top four business challeges in the fourth quarter of 2021 — by far — were rising raw-material costs, supply-chain challenges, attracting and retaining a quality workforce, and transportation and logistics costs. Moutray noted that these are all issues that have arisen amid the global economic impact of the pandemic.

“They are intertwined,” he said. “Each of those issues, in my mind, are wrapped up and one and the same.”

They have also lent momentum to wage pressure on companies, the NAM survey suggests, with wages at an all-time high and expected to inch higher as manufacturers try to stay competitive for a shrinking pool of talent.

Add it up, and it all poses an interconnected, global series of manufacturing challenges that may not have an immediate end in sight — but could also bring about more innovation down the line.

The past year has not treated all manufacturers equally. According to NAM survey data, aerospace, computers and electronic products, chemicals, and machinery bounced back the most in 2021, while motor vehicles and automotive parts, printing, furniture, and petroleum and coal products lagged the most.

Bither noted the struggles of the automotive space in the second half of 2021. “That’s where those supply-chain issues with the chip shortage seemed to have the biggest impact.”

Moutray noted that just 1.9% of NAM survey respondents feel the supply-chain issues have already cleared up for them. Of the rest, 53.4% believe they will improve this year, 27.6% say the situation will stabilize in 2023 or beyond, and 17% are uncertain.

“It’s important to note some of these issues will take longer than that; the chip shortage could take a lot longer than 2022. The workforce issues are structural issues and are going to take a little bit longer.”

That said, Moutray is pleased that the majority of NAM members are optimistic about seeing supply-chain improvements between now and the end of 2022.

Even with that cautious optimism, however, “manufacturers still need to be smart about how they navigate the supply-chain challenges and workforce challenges,” he added. “Right now, obviously, Omicron is hitting manufacturers pretty hard; we’ve seen a number of stories that it’s affected overall production. So 2022 is shaping up to be much like the last couple of years — another year of uncertainty, which we’ve kind of gotten used to of late.”

Foster and Bither both said companies need to think about how employees are treated in terms of both wages and culture.

“We need to treat employees better because it is an employees’ market,” Bither said. “Part of that is having systems and technology that the younger generation of workers are used to and expect. If you’re an old-school manufacturer and you’re not leveraging these technologies, you’re going to have more difficulty bringing on this newer workforce. So leveraging these technologies and a really good user experience are going to be really important.”

That said, the current situation is also an opportunity to invest in technology, Moutray noted.

Foster agreed; when asked if robotics and AI will help relieve a qualified labor shortage, he answered, “most definitely. We used to be afraid that automation, robotics, and AI were going to take jobs. Now, we are desperate for these technologies just to keep our heads above water by filling gaps and compensating for labor issues.”

Moutray admits these have been trying times, not just during the pandemic, but before it, with trade wars and workforce issues that predate COVID-19.

“We’ve been talking about uncertainty as long as I’ve been at the NAM,” he said. “But I think manufacturers have had to be smart about some of the moves they’ve made over the past couple years when it comes to supply-chain management or technology adoption or upscaling their workers, and that’s going to pay off in spades moving forward. It’s not hard to be bullish about the manufacturing sector in terms of predicting growth and where it’s headed over the next few years.”

That said, he’s keeping a sharp eye on wage growth in 2022 as one of the key factors impacting manufacturers. Bither agreed, but added that the supply chain is still the problem of the day when he considers why machines are down across the industry.

In truth, all these factors are important — and none are easily solved. But the webinar participants agreed that manufacturers are an innovative bunch, and ready for the challenges ahead.

“Manufacturing has been behind other industries, but it’s catching up. There’s a lot more investment on this space, more adaptation,” Bither said. “It’s a really exciting time to be in the industry. As technology providers, we know we can get through the pandemic and all the other problems thrown our way.”