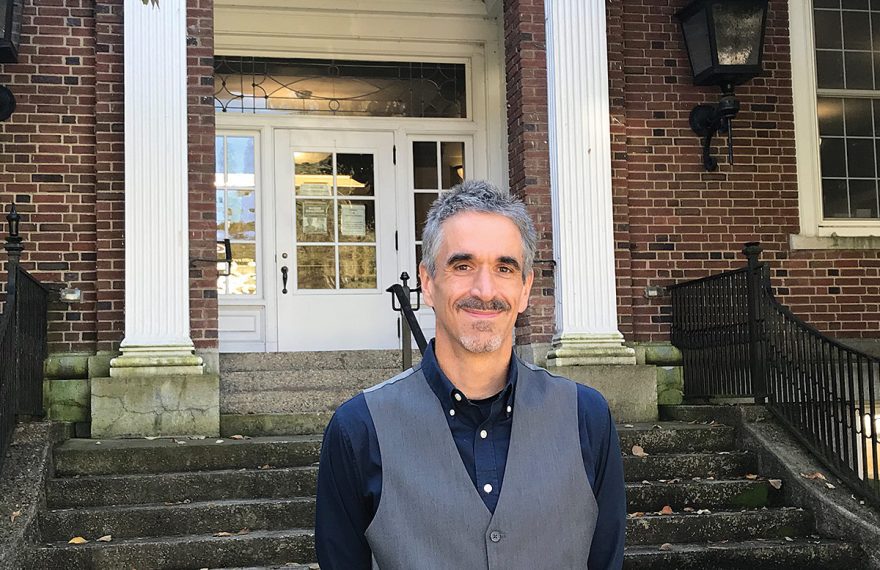 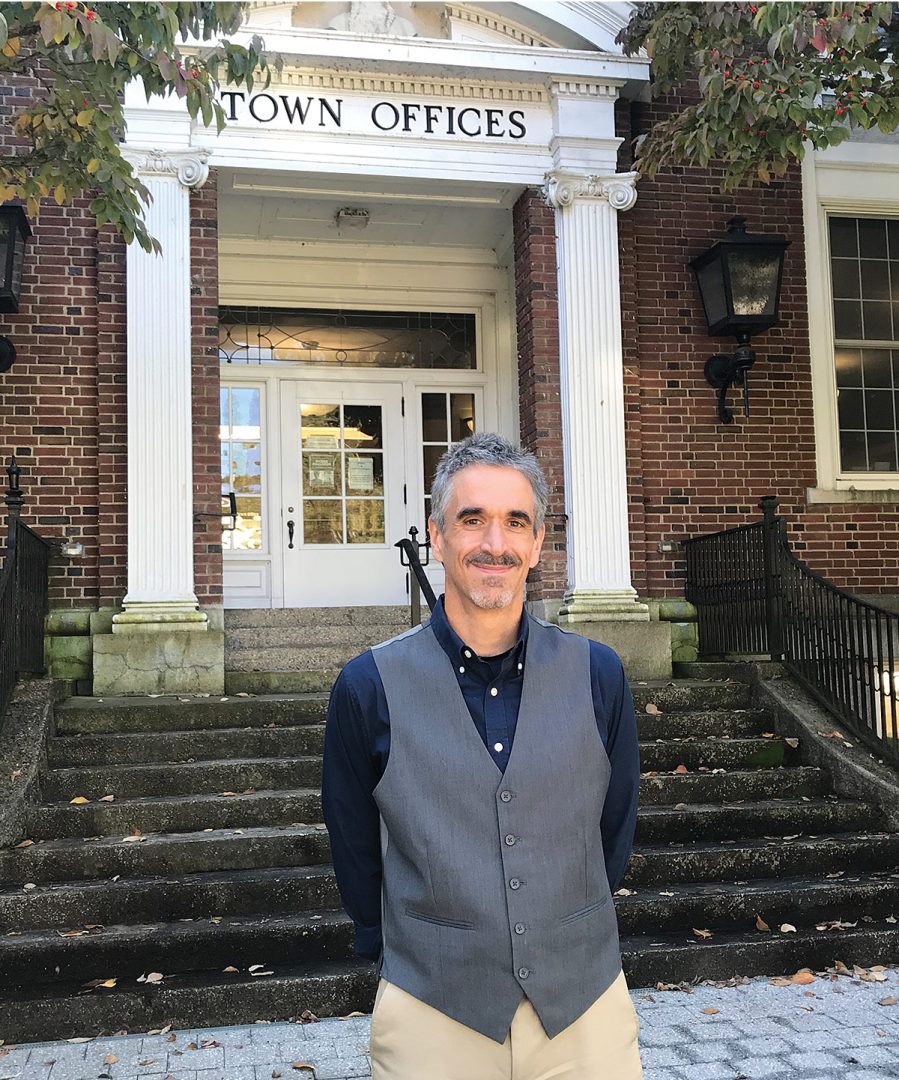 One of Norman Rockwell’s most famous paintings depicts a snow-covered Main Street in Stockbridge. The painting “Home for Christmas” was intended to celebrate small towns all over America, but these days, it’s nearly impossible for modern-day photographers to recreate the artist’s vision without including a constant stream of traffic.

While that might frustrate photographers, Margaret Kerswill is encouraged by all the activity she has seen this summer and into the fall.

“There’s more tourism than I expected to see in Stockbridge,” the board president of the Stockbridge Chamber of Commerce told BusinessWest. “It’s rare to go into town and not see it full of people.”

Kerswill said the pandemic encouraged business owners to find creative ways to keep people safe while maintaining their operations — and revenues. Despite the many challenges last year, they’ve largely come back strong.

“As rules and mandates kept changing, our business owners rolled with it,” she said. “It was wonderful to see everyone rise to the top of their game.”

“There’s more tourism than I expected to see in Stockbridge. It’s rare to go into town and not see it full of people.”

Stockbridge Town Administrator Michael Canales appreciates the agency’s work to keep the community as safe as possible. As of Oct. 15, 68% of Berkshire residents are fully vaccinated, while 78% have received at least one dose.

On the job for just over a year, Canales has not yet had the chance to lead the community in the absence of a pandemic. “It will be a little difficult for me to compare what normally happens in town because I have yet to see what normal looks like,” he noted. 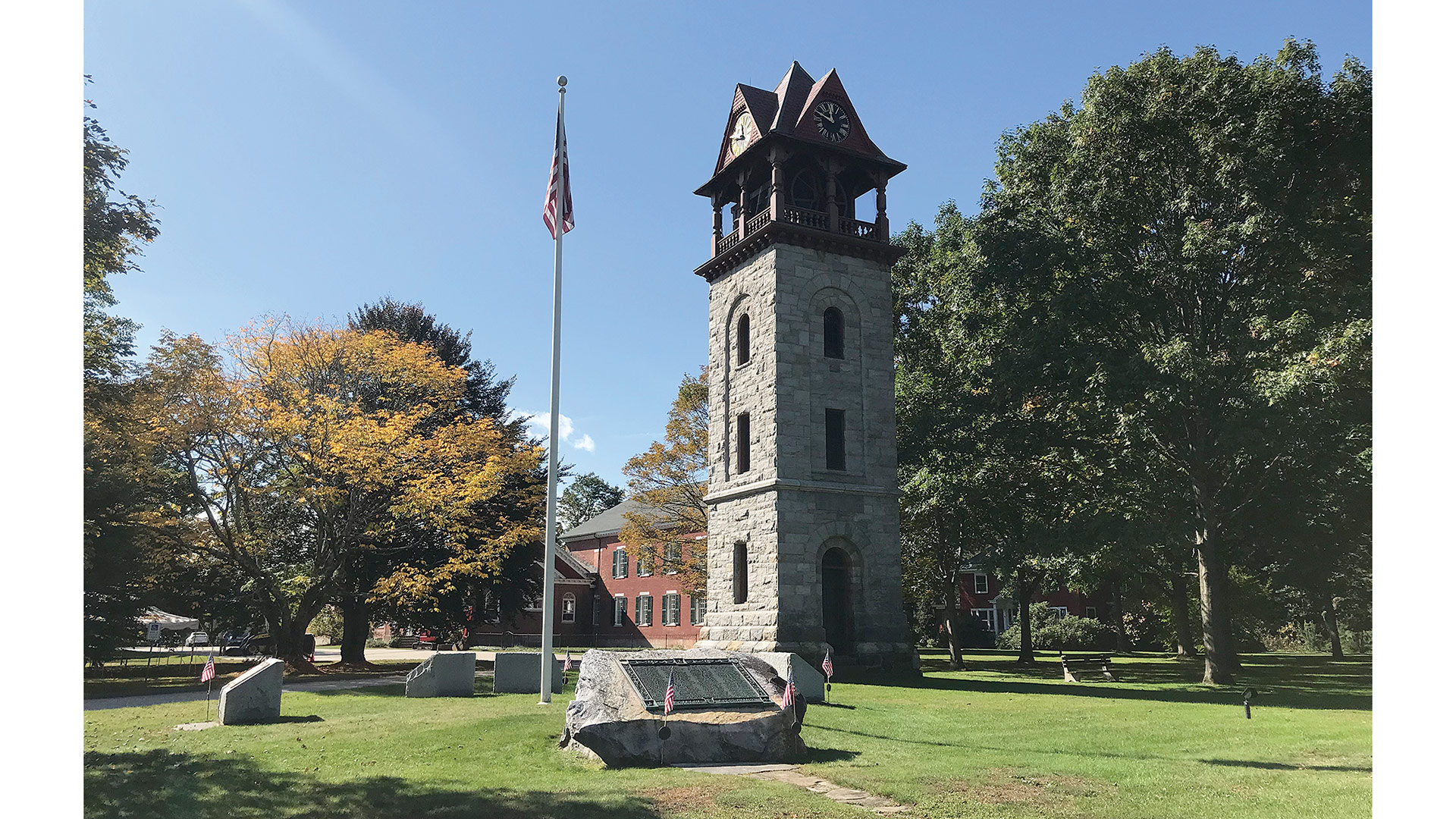 Repair work will begin next year on the Children’s Chime Tower, a fixture since 1878.

For now, he believes longtime residents who tell him Stockbridge is starting to look normal again. Canales himself has certainly noticed the busy summer and fall seasons, and credits that in part to the return of Tanglewood, which offered a limited schedule for audiences half the size of a normal show.

“Tanglewood is an example of one of the big events that happened as a smaller event for this year,” he said.

Despite the limited schedule, Kerswill said it was important that Tanglewood held events this year. “Tanglewood is integral to the local economy. It provides so many jobs in the area and definitely brings visitors to town for dining and shopping.”

Kerswill also wanted to set the record straight for BusinessWest about “a broad misconception” that Tanglewood is located in Lenox. “The entrance is in Lenox, but nearly 85% of Tanglewood’s land is actually in Stockbridge.”

For several years, Kerswill co-owned Mutability in Motion, a gift shop she ran with her wife, Laureen Vizza. When COVID hit, they made the decision to close the shop.

“We’re working on new endeavors, still keeping our efforts local, but in new areas,” she explained. In addition to starting a personal blog called artmeditationlife.com, Kerswill has become a licensed realtor.

“The real-estate market is doing well — in fact, it’s crazy,” she said, adding that home-improvement services are also coming back strong, as evidenced by long wait times for many home projects.

In terms of municipal projects, Stockbridge added a new highway garage this past spring, though supply-chain issues caused delays in finishing it even sooner.

A current project nearing completion is the Larrywaug Bridge on Route 183. Canales expects this busy connector road will be open by the winter, with finishing touches to be completed in the spring.

“The real-estate market is doing well — in fact, it’s crazy.”

Next year, repair work will begin on the Children’s Chimes Tower, a fixture in Stockbridge built in 1878. Canales said the town has approved funding to refurbish all the internal mechanisms.

“It’s a neat structure, but it needs some tender loving care,” he added. “We’re hoping to make repairs that will keep it playing for the next 50 years.”

Still relatively new in the job, Canales said it’s been exciting to learn about the rich history of Stockbridge. While people all over the world are familiar with Tanglewood, the Norman Rockwell Museum, and the town’s mention in James Taylor’s song “Sweet Baby James,” there are even deeper historical references to be found which Canales said “makes it a fascinating community.”

For example, the town is working on a project to protect old-growth forests, specifically Ice Glen, a ravine in the southeast area of Stockbridge. Its name comes from the many moss-covered rocks with deep crevices that can sustain ice into the summer.

During the time he wrote Moby Dick, Herman Melville lived in Pittsfield and is said to have visited Ice Glen at least once. The Stockbridge ravine is referenced in the novel when narrator Ishmael describes Pupella, a seaside glen, as “a wondrous sight. The wood was green as mosses of the Icy Glen.”

These days, the town is exploring several options to protect the old-growth trees from insects that are causing damage in Ice Glen.

The Chamber of Commerce has joined the effort to help tourists find both famous and lesser-known sites in Stockbridge. As an ongoing project, it has developed and begun installing new signs to help direct people to the many attractions in town. Right now, they’ve been installed downtown, but the plan is to expand the green-and-white signs to more areas of the community.

“We want to help people get around outside the downtown area because there is a lot to see,” Kerswill said. “If someone is here only for a weekend, we want to make sure they can find all the attractions that interest them.”

While the town navigates the various stages of the pandemic, Canales said he and many others are looking ahead.

“We are staying on top of things and keeping an eye on trends so that when we come out of this, Stockbridge will be in the best possible shape to return to normal, or as close as we can get to normal,” he noted.

Kerswill added that Stockbridge is a place that continues to amaze her.

“Whether we’re going through good times or difficult times, it’s a community that comes together to get things done. I couldn’t be prouder of that.”