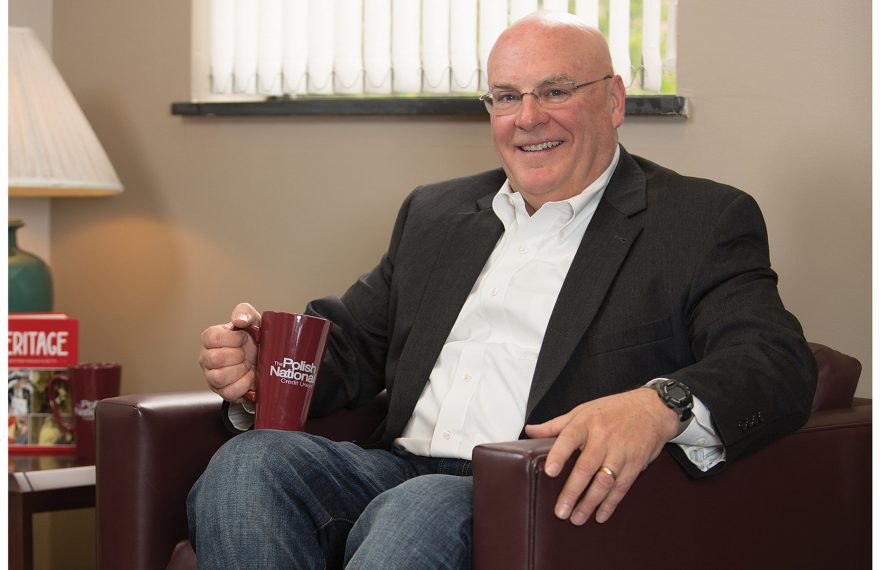 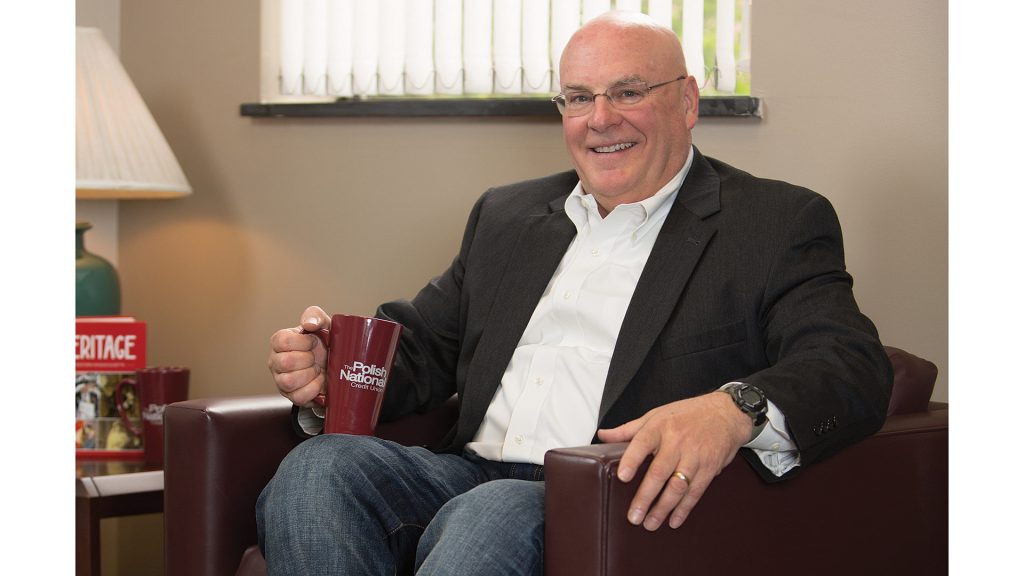 Jim Kelly says PNCU and Premier Source offer services and expertise that benefit each other.

Polish National Credit Union started in 1921 with an investment of $325 and has grown to more than $700 million in assets today. But there are always ways to improve and expand its services, said President and CEO Jim Kelly, who describes PNCU’s recently announced merger agreement with Premier Source Credit Union as a joining of two forces.

“No one at Premier Source will be losing their job,” he said. “In fact we are counting on their expertise on offering credits cards to members which is a business we’re not in right now.”

Meanwhile, confronted with rising costs to keep up with technology, compliance, and talent retention, Premier Source had begun looking into a merger as its best way forward. CEO Bonnie Raymond said that, after considering a number of factors, Polish National emerged as the best fit.

“As a larger organization, Polish National offers in-house mortgages and commercial lending, while we bring our credit-card portfolio to expand to their membership,” Raymond said. “Along with the credit-card business, they will benefit from the expertise of our staff, so it’s a true win-win.”

Kelly added that organic growth in Western Mass. is not easy. That’s why he called the merger with Premier Source a “once-in-a-lifetime opportunity.” The current Premier Source headquarters on North Main Street in East Longmeadow will become the ninth branch for Polish National, which is headquartered in Chicopee. That location also addresses one of Kelly’s strategic goals in finding additional space.

“We’re a growing credit union, and there’s not much room left at our headquarters in Chicopee or at our operations center in Wilbraham,” he said. “The Premier Source building is large and beautiful, so it helps us in a huge way.”

What has become known across the U.S. as the Great Resignation has also affected the two credit unions. Between retirements and just leaving the job due to COVID-19 concerns, both organizations felt the impact of people leaving. Raymond noted that the merger will help address staffing issues for both.

“This was another win-win because our staff will stay employed while Polish National will be able to bring on experienced help to fill any openings they might have.”

“This was another win-win because our staff will stay employed while Polish National will be able to bring on experienced help to fill any openings they might have,” she explained.

In recent years, both organizations have grown through mergers with smaller credit unions. On a national level, Kelly told BusinessWest, approximately one credit union per day is involved in a merger.

“For example, interactive teller machines have become popular, but they are extremely pricey, and just buying one doesn’t recoup the investment,” she said. At $80,000 each, an institution needs to own several ITMs to find any economies of scale.

By agreeing to the merger, Premier Source will not be investing in ITMs, but its members will see a direct benefit. A common practice when a credit union merges involves paying a dividend to its members. Raymond explained that members are the reason Premier Source has a strong capital foundation, so the board will soon vote for a special dividend to compensate members for staying with the credit union.

Far from a cold and calculated business deal, Kelly said a credit-union merger is typically a more personal type of transaction, done only with people who have earned one’s trust.

“You don’t merge with someone you’ve only met a few months ago,” he noted. “It usually involves people you’ve known for at least several years because you want to make sure your members and employees are taken care of as a result of the merger.”

Kelly said he and Raymond go way back, having crossed paths many times because they work in the same industry. “I’ve known Bonnie for a long time. She is a high-quality and talented person.”

A recent news release suggested the merger could be completed by the spring of 2022. Kelly, a former regulator, said he would not offer a timetable because it’s completely in the hands of the regulators as to when they complete their work on the merger.

For now, the numbers Kelly looks forward to involve the 4,500 Premier Source members joining the 25,000-plus members of Polish National. It’s a fitting way to start the next 100 years of the credit union,” he said.

“While our founders were Polish, we have always been a community credit union and will continue that tradition,” he added, noting that the quote credited to the revered TV22 meteorologist John Quill still rings true: “you don’t have to be Polish to be a member.”