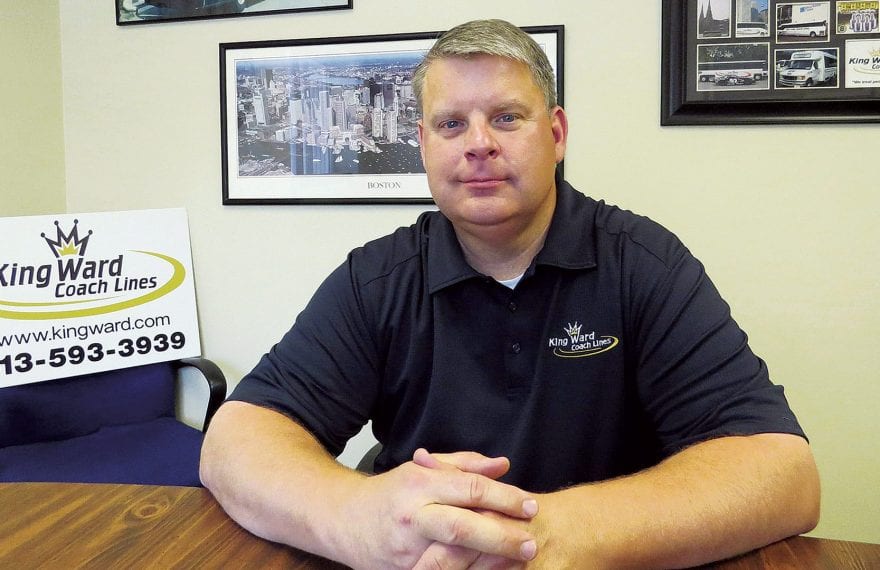 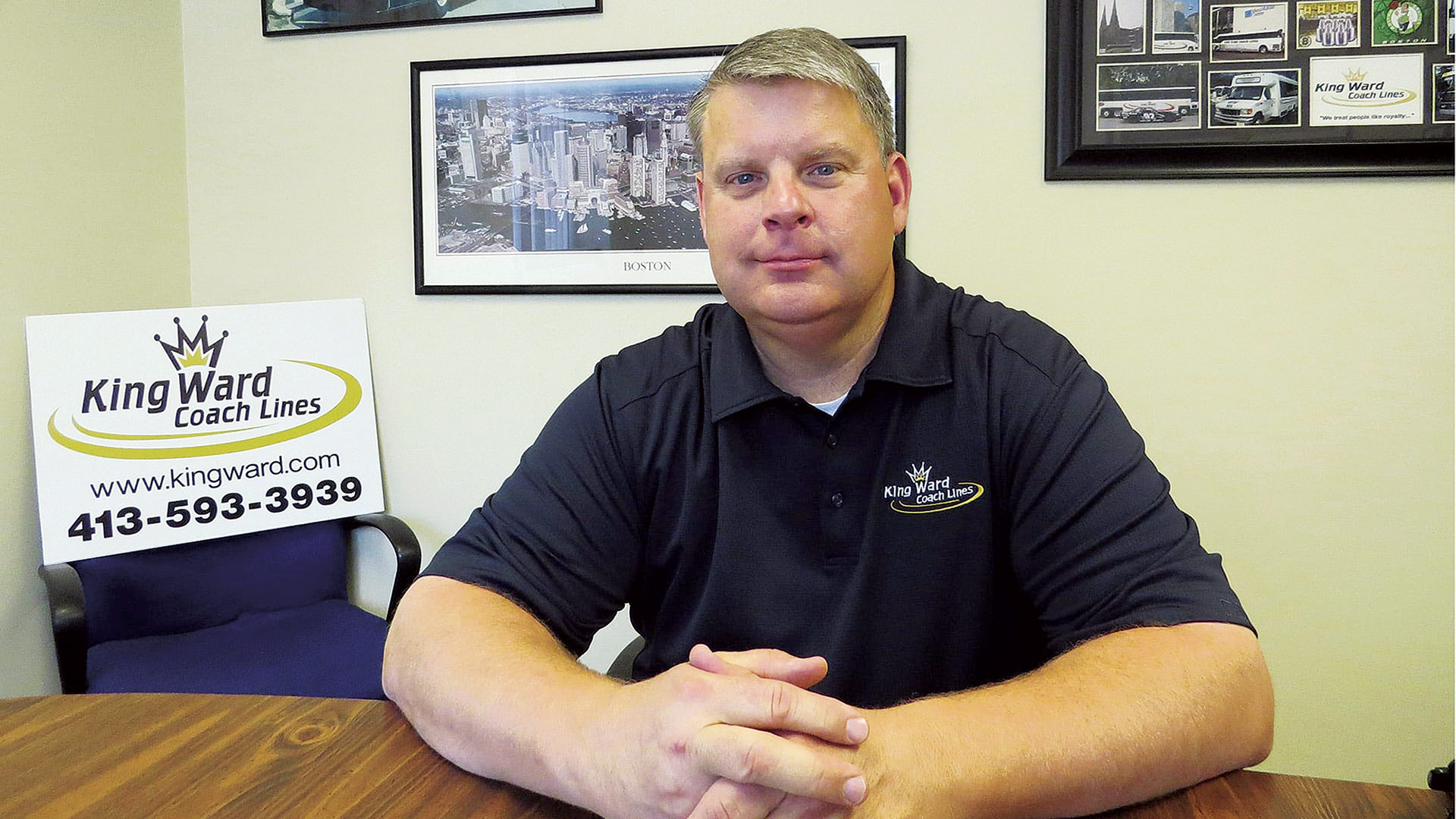 Dennis King says the pandemic brought bus travel to a near standstill, impacting every type of customer in the company’s portfolio.

Starting with those low gas prices from a few months back and the fact that no one could really take advantage of them.

“Gas was $1.25 … and you had nowhere to go,” said King, president of Chicopee-based King Ward Bus Lines, who used that statement in reference to individuals and families — and just about every one of his customers.

Indeed, ‘nowhere to go’ applied — and still applies — to college and high-school sports teams, an important client base in the company’s portfolio. And to people seeking to visit one of the region’s casinos. And to groups heading to Red Sox games. And to people looking to go to a show in the Big Apple. And to classes going on school field trips.

All those sources of revenue dried up, seemingly overnight, for this family-owned business, said King, adding that the last bus left King Ward’s garages on March 14, and the company’s busiest time of the year was essentially wiped off the calendar.

“And our July is kind of on hold, because we don’t have any trips booked, unless something happens with the casinos,” he told BusinessWest, noting that, while the Connecticut gaming palaces are open, they are currently not accepting bus groups. The Bay State’s casinos are set to open early this month, but it isn’t known if they will accept bus groups.

As for the future … it is a giant question mark, he said, noting that, while the Red Sox may start playing again, it’s not known if there will be any fans in the stands. Meanwhile, Saratoga Raceway in New York and countless other venues that people travel to by bus are closed for the summer or the rest of the year. Meanwhile, no one really knows if there will be any high-school and college athletics this coming fall, or any school field trips.

And then, there’s the Big E, another important source of revenue for the company. It’s been canceled for 2020, leaving another huge hole in the budget that will be difficult to fill .

Faced with idle buses, King said he laid off or furloughed all but a few of his employees back in the spring. He’s looking to bring some office staff and mechanics back on Aug. 1 and hopes things get busier come September.

“We’re banking on college athletics coming back,” he noted. “If there is a light at the end of the tunnel — and that’s if — it would be schools getting back in session.”

As for the casinos, and especially MGM, King Ward was given what was at the time (the summer of 2018) thought to be a game-changing contract to bring people to the casino from various destinations across the region. To say things haven’t worked out as planned would be an understatement, said King, noting that the service — subsidized by MGM at the start — was scaled back only six months after the casino opened in August 2018, and it eventually evolved into a door-to-door service using vans rather than buses, with those choosing this option getting credits for the gaming floor and lunch — what amounted to what King called “a free ride to the casino.”

“But it never really took off,” he said, adding quickly that the service does have the potential to grow, and, like many others, he’s watching and waiting to see if and when the casino will reopen.

There will be a lot of watching and waiting for this company, which, like so many others, is dependent on other businesses and institutions for its livelihood. The pandemic has impacted all of them, and, as noted earlier, the trickle-down, in this specific case, was much more like a torrent.

So much so that King was one of many within the bus industry who ventured to Washington, D.C. several weeks ago to lobby elected leaders for financial assistance for a sector he said is often overlooked within the larger transportation industry.

“I don’t expect to be busy again until Labor Day, unless something happens and the casinos start accepting buses,” he told BusinessWest, adding that ‘busy’ is certainly a relative term in 2020, and there are myriad factors that will determine when, and to what extent, the buses start rolling again.

Still optimistic, despite a gloomy year to date, King said people are calling and asking about service to the casinos.

“People are ready to get out — they’ve been cooped up for a long time,” he said, adding that he hopes there will soon be places to take people.

Gas certainly won’t be as cheap as it was back in March, but all things considered, that’s certainly one of the more subtle cruelties stemming from the pandemic.