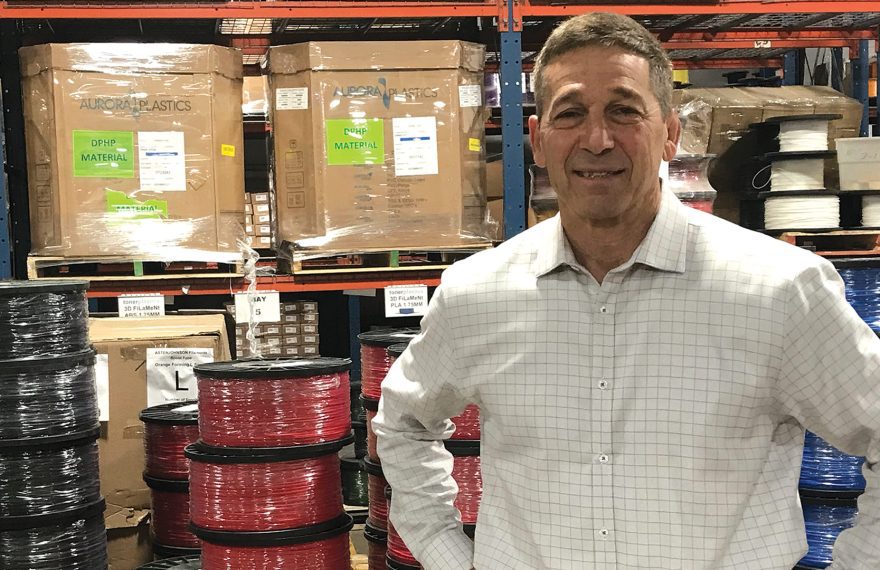 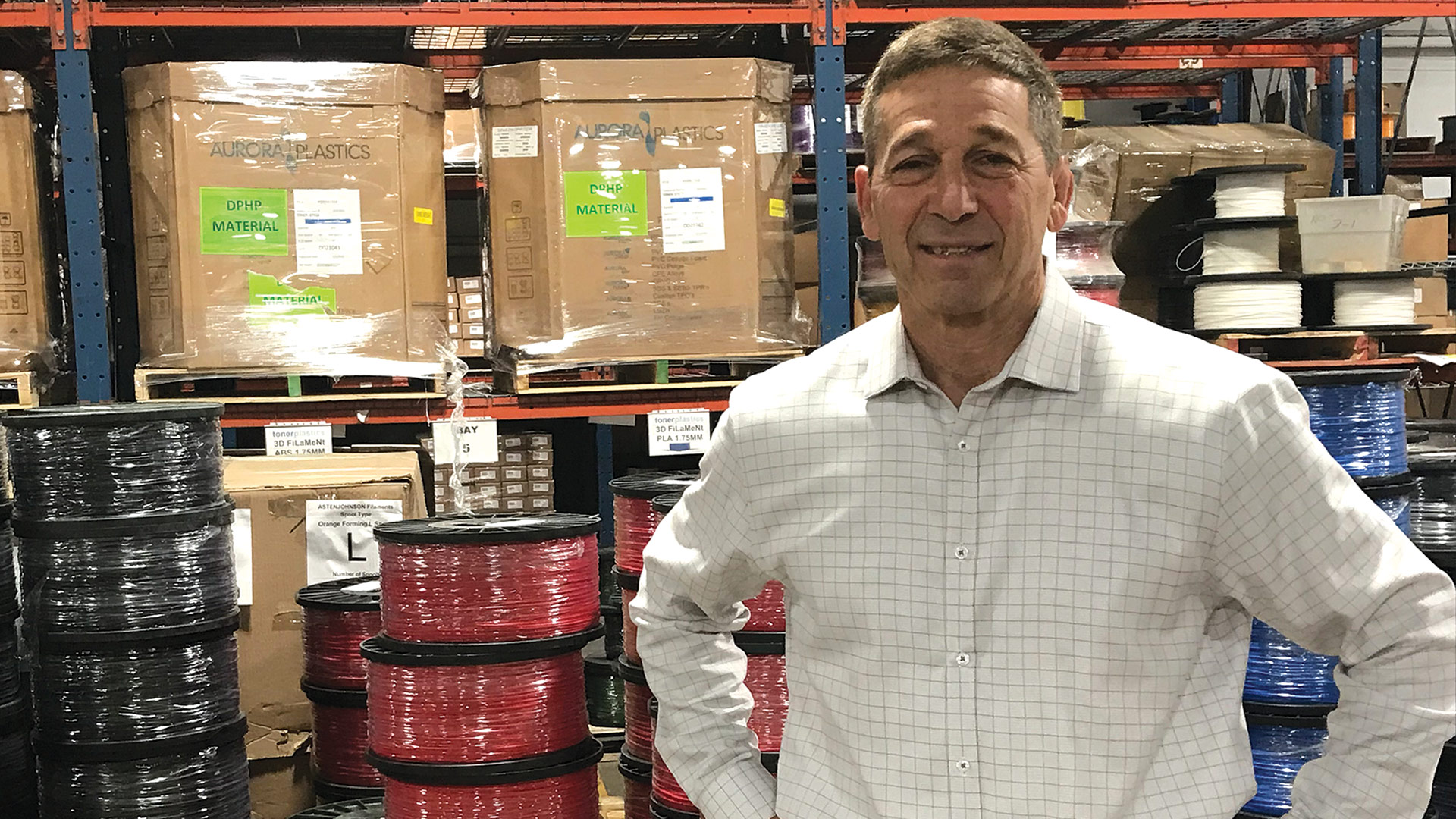 Steve Graham stands in front of spools of 3D filament at Toner Plastics.

In manufacturing, as in many industries, the story of the past year has been one of shortages and high costs — shortages of both materials and workers, and rising costs of supplies and wages as a direct result of those trends. As this story and the one on page 39 make clear, the problem isn’t demand for manufactured products, but meeting that demand at a time of global disruption. Yet, for many companies, this may turn out to be a time of innovation, too.

Specifically, throughout 2021, manufacturers faced a year full of supply-chain issues and the constant challenge of having enough workers. And when Graham, president and CEO of Toner Plastics in East Longmeadow, could find raw materials, they cost more — lots more.

“You operate at a smaller profit margin because you can’t necessarily pass along the price increases,” he said.

In Graham’s company, raw materials are mostly plastic pellets that are fabricated into diverse types of products ranging from craft items to medical devices. Because plastic is derived from oil, price swings are nothing new to him, but he described the last couple of years as brutal.

On top of normal supply-chain issues, Graham said last winter’s sudden freeze in Texas exacerbated an already-tough situation. There are usually plenty of warnings before hurricanes hit the Gulf of Mexico, which allows oil refineries to shut down days before to ride out the storm. The freeze arrived with no warning, leaving the refineries unprepared.

“The damage was more extensive, which shut them down much longer than we’ve seen after other weather events they’ve endured.”

As a result, Graham has seen persistent cost increases for the last 12 to 18 months. “I’ve been in this business 40 years, and I’ve never seen the size of the increases and the length of time they’ve stuck around.”

OMG Inc. in Agawam uses steel wire and flat stock for its line of screws and fasteners, as well as chemicals for the adhesives it makes for its roofing division. Since the pandemic, purchasing raw materials has been challenging and increasingly expensive.

“We often saw a doubling if not tripling of prices for our raw materials,” said Hubert McGovern, president and CEO of OMG.

While the supply situation has improved in the last couple of months, McGovern said, when materials do arrive, the next challenge is having enough workers to make the products and get them out the door. Between increased competition for workers and COVID-19, it’s difficult to stay fully staffed.

“At the height of the most recent COVID spike, 10% to 15% of our workforce was affected at some level of COVID quarantine,” McGovern said.

The jump in COVID cases also made the last weeks of 2021 difficult for Mestek, the Westfield manufacturer of HVAC equipment. Even though employees will often pitch in when there are staff shortages, delays still occur, said Peter Letendre, plant manager. “Lead times for certain products have been extended because we were lacking raw materials or we didn’t have the right people in place.”

One positive test can affect many employees. As an example, Graham said if one worker in the shipping area tests positive for COVID, the three other workers in that department also need to be tested. Each one who tests positive cannot return to work for five days, even if they have no symptoms.

“It causes the kind of staffing problems where we can’t run a line or drive the forklift trucks if those folks aren’t here,” he explained.

While COVID contributes to labor issues, the larger problem every industry faces involves getting and keeping employees. Kate Keiderling, Human Resources director at OMG, called it a continuous struggle to find the right people.

“We are always looking at pay rates, and we’ve added a sign-on bonus followed by a retention bonus if the person stays six months,” she said. “We’ve also increased the bonus we pay employees who refer others to work with us.”

Back in the fall, Mestek began offering attendance bonuses for workers who put in a full 40-hour week.

“It certainly improved attendance and retention,” Letendre said. “Perhaps more importantly, it has helped us in attracting new employees into manufacturing.” 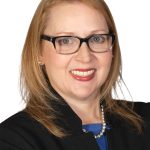 “We are always looking at pay rates, and we’ve added a sign-on bonus followed by a retention bonus if the person stays six months.”

For many years, Toner Plastics ran three full shifts primarily because plastic fabricating machines are most efficient when they continuously run. Long before concerns about labor shortages, Graham said the third shift was the most difficult to staff and was always the shift with the fewest workers. With the pressures of COVID concerns and worker shortages, he reconfigured the work week at Toner.

“We decided to eliminate the third shift and move to two shifts of 10-hour days, four days a week,” he told BusinessWest. With this schedule, everyone reaches 40 hours by Thursday, and if someone wants to work overtime or make up a day because of an absence, they can do so on Friday.

“This way, there’s no loss of income for missing a day, our production lines continue to run, and we are able to keep orders going out the door.”

In a different labor market, Letendre would have a ‘good’ problem. Last year, Mestek acquired Slant/Fin, a Long Island manufacturer of baseboard heaters and one of Mestek’s main competitors. This year, Slant/Fin’s equipment is being relocated to Westfield, where Mestek will manufacture the company’s radiant heating baseboard products sold at Home Depot stores across the U.S. This opportunity means Letendre needs to hire at least 50 more employees.

“In addition to trying to keep a healthy workforce here, we also have to expand, and that’s a real challenge,” Letendre said.

On top of attendance and retention bonuses, Mestek has expanded a program that encourages employees to increase their wages by developing additional skills.

“Orders for our fasteners continue to stay strong at home centers and retail lumberyards. In the last year, demand has also picked up in our flat-roofing business, so instead of slowing down, both divisions grew in sales.”

“We want to have people with a variety of skills so they can fill in for each other in a pinch,” he said. “Of course, that versatility has become even more important during the pandemic.”

Of course, the pandemic has also generated increased demand for Mestek HVAC products that circulate large amounts of air. Whether it’s for new construction or replacing an existing system, Letendre said this area of the business is booming. “We’re seeing an onslaught of orders for these products, which has been great.”

When the pandemic first hit, McGovern anticipated a slowdown in business for his company, but the exact opposite happened. OMG’s fastener division makes several types of screws used primarily in residential housing and on backyard decks. The first year of the pandemic saw a huge increase in backyard projects and home renovations, which drove demand for all those fasteners. 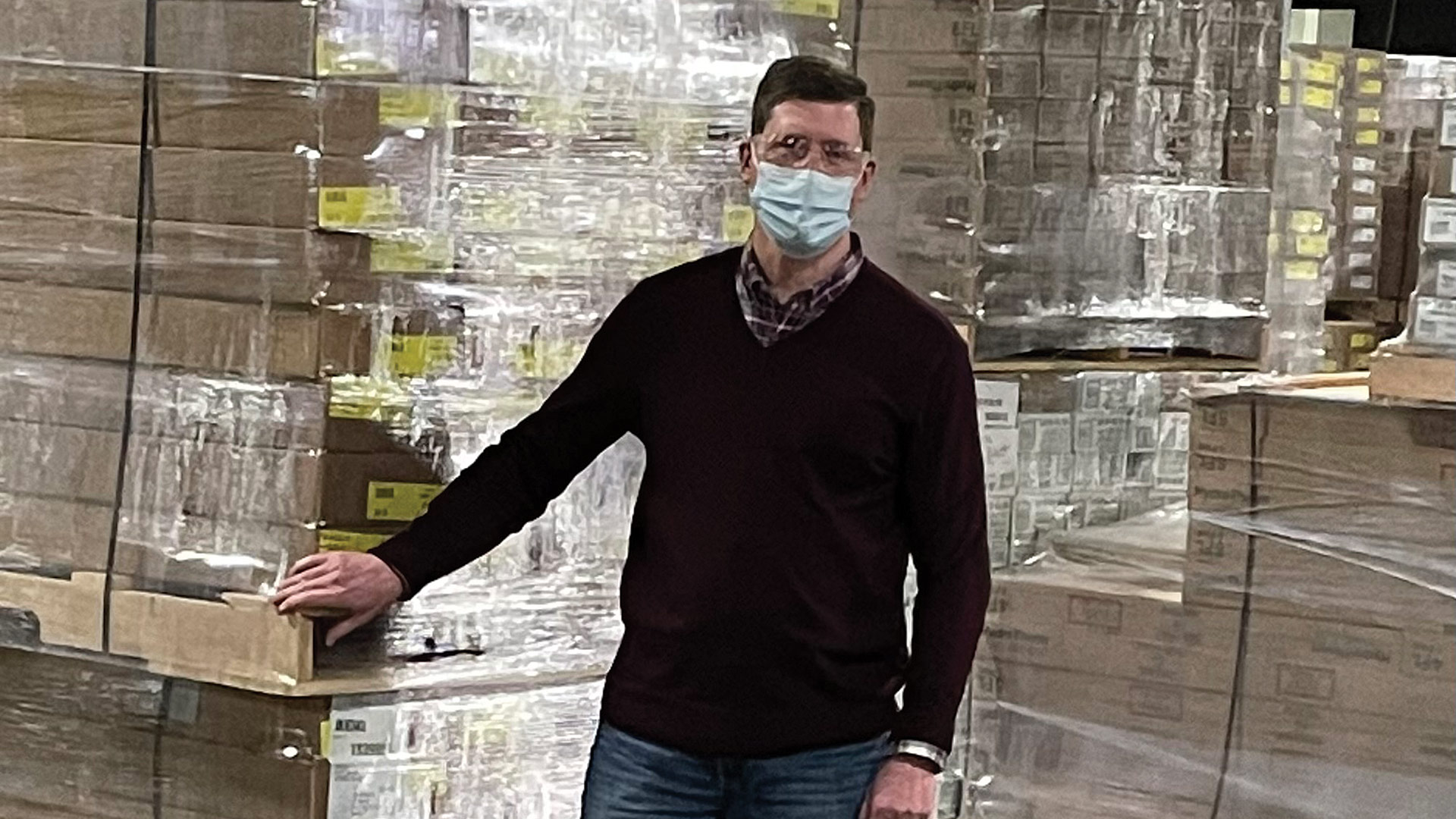 Peter Letendre says lead times for some products have been extended because of a lack of raw materials or people.

“Orders for our fasteners continue to stay strong at home centers and retail lumberyards,” he explained. “In the last year, demand has also picked up in our flat-roofing business, so instead of slowing down, both divisions grew in sales.”

Toner has manufactured the elastic used for N95 masks for years, long before anyone had heard of COVID. Graham explained that his company’s production was for a vendor who supplied the masks to U.S. Navy hospitals around the world. At the beginning of the pandemic, when demand for N95 masks exploded, he ramped up production from one line to three.

“We had already mastered the process and we knew where to get the raw materials to make them,” he said. “As long as we could get enough workers, we would run 24 hours a day to help fill the supply chain.”

By the first quarter of 2021, Graham said the supply chain caught up, and suddenly there was a glut of N95 masks. Toner still makes the elastics, but orders have gone back down to pre-COVID levels.

Looking ahead to this year and beyond, Graham pointed to 3D printing as a promising area for his company. Toner makes the plastic filament commonly used in desktop 3D printers.

“We entered the market when it first started back in 2012, and now we supply a number of the machine manufacturers with filament,” he said. “It’s been a good growth area for us.”

Part of Graham’s job is to look ahead to see who will be in the workforce to make the 3D filament and other Toner products in the future. For years, the industry knew about Baby Boomers reaching retirement age, but the pandemic caused many to leave the workforce sooner and in higher numbers than anyone anticipated — so the pool of available candidates seems to have shrunk.

“I think this labor situation will stay severe and be with us for a while,” he added.

With many long-term employees approaching retirement age, OMG is also paying close attention to who might be leaving and who can be trained to take over in key positions.

“So far, we have been able to fill some of the key roles we have wanted to,” Keiderling said. “However, we’re also expanding, so our need for labor will continue to increase.”

Is more automation the answer to filling the jobs left vacant by the tight labor market? Graham acknowledged the importance of continued automation at his company while also noting its benefits are limited. Right now, when a particular task is automated at Toner, the person who was on that machine will move to another line.

“This allows us to do get a little more done with the same number of people without any layoffs,” he said. “We have good people, and we want to keep them employed for as long as they want to work here; that’s important to us.”

Thus, while automation certainly helps, Graham does not see it replacing large numbers of jobs. McGovern concurred on the limits of automation, saying, “when you’re in a conference room, automation sounds like a great way to replace labor, but it’s not that simple.”

While the last two years have brought many changes, they have also pushed manufacturers to think differently about ways to run their businesses. While employee safety has always been a priority at Mestek, Letendre said the pandemic spurred a shift in focus to keeping workers healthy and safe in new ways. On-the-job workers are kept at a safe distance from each other, and everyone wears a mask, a requirement in Westfield.

Looking back on this new emphasis, he admitted, “we’ve gotten pretty good at keeping our employees healthy and safe.”

These times have also disrupted the normally rigid nature of the manufacturing environment. For instance, by eliminating the third shift and going to a four-day work week, Graham said, workers now have much more flexibility than in the past.

“It’s actually a good idea, and it makes sense for everyone,” he added. “We’ll probably make that move permanent.”

It’s just one more example of how the pandemic continues to alter the way manufacturers — and so many other industries — get the job done.