Under Montero’s leadership, Libertas Academy Charter School, in its third year of operation, is on track to be one of the highest-performing middle schools in the area, with plans to expand to a high school in the near future. 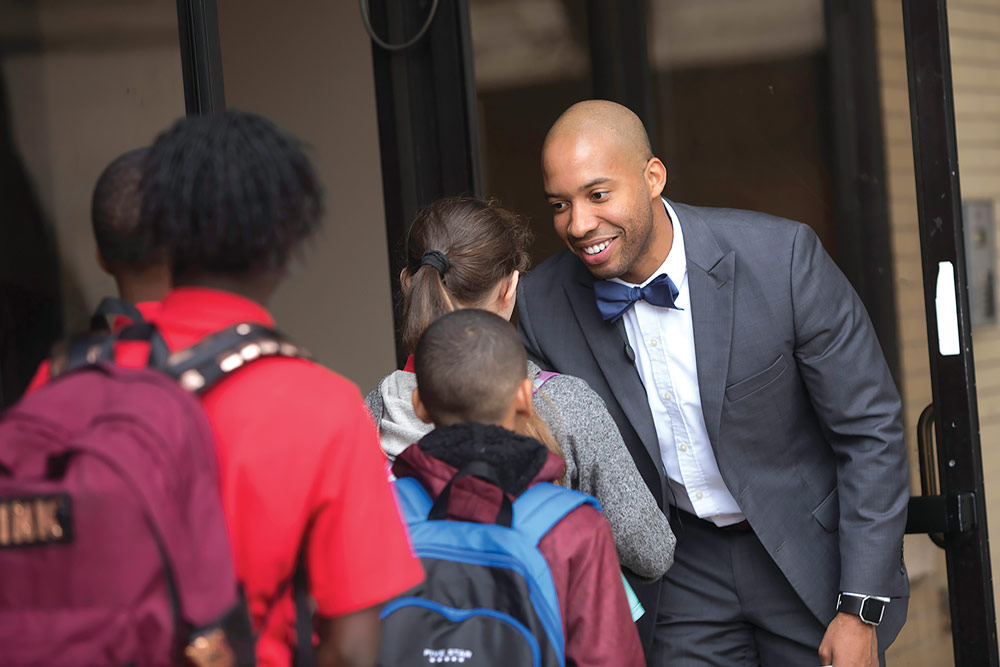 What did you want to be when you grew up? I grew up very poor, but I was fortunate to have been raised in a Christian home. My upbringing fostered a sense of focus and a dedication to finding a way to make a difference in my community in a worthwhile career. As an immigrant, I initially thought about becoming an immigration lawyer, but while in college, I worked for an Upward Bound program as a mentor and tutor, and I instantly fell in love with working with young people in communities like the ones our school serves. So I decided to teach, and have continued my career as an educator. It’s been a wild and rewarding experience that has far exceeded my expectations.

What are you passionate about? John Wesley, an 18th-century Methodist theologian, wrote, “do all the good you can, by all the means you can, in all the ways you can, in all the places you can, at all the times you can, to all the people you can, as long as ever you can.” This quote really captures the core of what I am most passionate about, which is fighting for social justice and equity. Not to be morbid, but when I die, I want to know that I did all the good that I could, for as long as I could.

What person, past or present, would you like to have lunch with, and why? My answer is so cliché and likely overused, but Barack Obama. He has been the most influential and consequential leader of my generation. I vividly remember the night he was elected; I cried. Obama continues to be a source of inspiration for so many black and brown kids — kids that, for so long, didn’t see themselves in our presidents or in most of our leaders. The power of representation cannot be overstated, and its impact has the type of ripple effect that can change the world. My one demand is that he brings Michelle to lunch because we know she is a powerhouse in her own right!