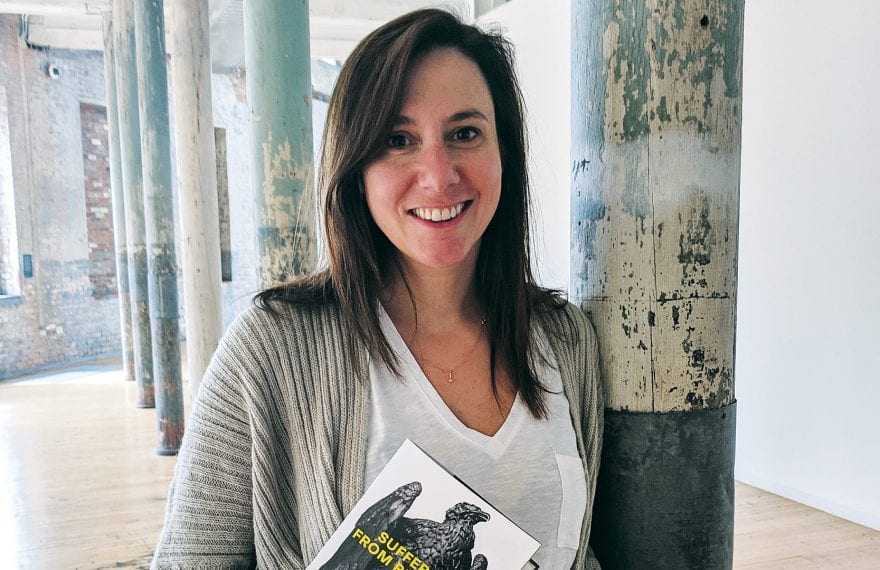 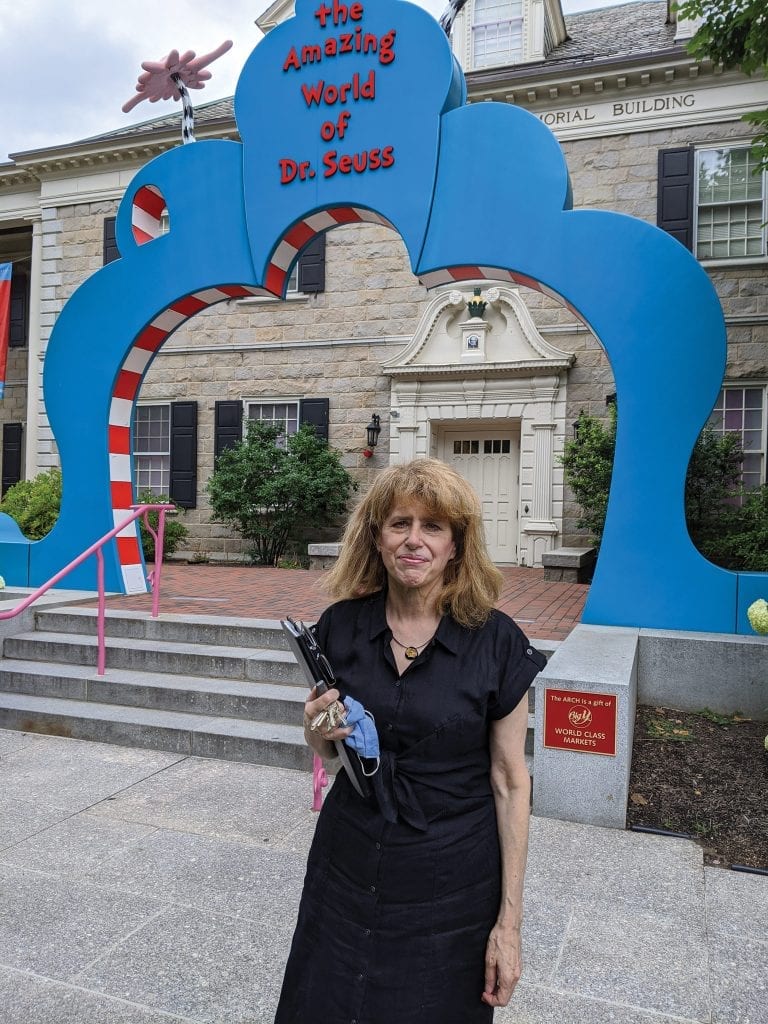 Kay Simpson says the top priority before reopening Springfield Museums was making sure both visitors and staff would be safe.

“Kissing Through a Curtain” is an exhibit of 10 contemporary artists, dealing with communicating and translating across borders, how people interact, and the meaning behind words. It was hung at the Massachusetts Museum of Contemporary Art (MASS MoCA) in March, a few days before the museum closed due to COVID-19 — and there it has hung, dormant, ever since.

“The curator of that exhibit recently changed the introductory text to note that the questions the exhibit asks feel even more urgent now than they did three or four months ago when the exhibit was originally scheduled to open,” said Jodi Joseph, the museum’s director of Communications.

Visitors have agreed, she added, citing a conversation she had with a family of regulars from Boston the week museums were allowed to reopen to the public.

“Heading out, the mom in the group said, ‘oh, gosh, it has so much more meaning now,’” Joseph told BusinessWest. “That’s truly contemporary art. It reflects our time and what we’re going through.”

What museums have been going through is nothing to celebrate. Shutting down for almost four months is a financial strain for any cultural attraction, no matter how large or small.

“For many smaller museums, the financial impact has really been catastrophic,” said Kay Simpson, president of the Springfield Museums, adding that her organization was fortunate to receive not only a Paycheck Protection Program (PPP) loan, but generous contributions from a private donor and a foundation to help get through the past four months.

“One of the things people loved is all the interactive exhibits we provided, both permanent and traveling. Of course, now, we’ve had to be very careful about that.”

“It was an agonizing decision to shut down. At the beginning, we thought it would be for three weeks, and we’d be able to reopen,” she said, adding that conversations with other museums, followed by Gov. Charlie Baker’s shutdown order in late March, made the actual picture much clearer.

“It was really hard. It has just been an experience like no other,” she said. But thanks in part to the PPP loan and those donations, “we were able to sustain our operation through the closure. And now we’re reopening, but it’s on a limited basis. We’re very, very concerned about making sure this is a safe environment for our employees and our volunteers, as well as our visitors.”

It’s important they feel safe and return, Simpson added, if only because of what this set of museums means to the city and region.

“They’re unique and can’t be replicated at other settings — it’s an incredible complex that has served the city of Springfield for more than 160 years and is constantly evolving,” she said. “It attracts people of all ages and all backgrounds, engaging in learning experiences alongside each other — it’s a place where people come together, and it’s joyful and also educational.”

And, at long last, open to visitors.

Not that it was easy getting to that point, of course. Museums across Massachusetts had to adhere to very specific guidelines outlined in phase 3 of Baker’s economic reopening plan, as well as their own sense of what visitors needed to feel comfortable enough to return.

Both Simpson and Joseph outlined measures at their facilities ranging from signs reminding people to wear masks, wash their hands, and stay six feet apart to plexiglass barriers and one-way directions at certain areas.

“One of the things people loved is all the interactive exhibits we provided, both permanent and traveling. Of course, now, we’ve had to be very careful about that,” Simpson said, noting that one nod to the new reality is the Yop, a Dr. Seuss character but also a new cell-phone app packed with maps, scavenger hunts, and self-guided tours that lend some interactivity to the museums in a safe way.

“We anticipate families will be among first visitors, and older adults will follow once they feel more comfortable,” she added, noting, of course, that what we know about COVID-19 has evolved, and is no longer recognized as dangerous only to older people. 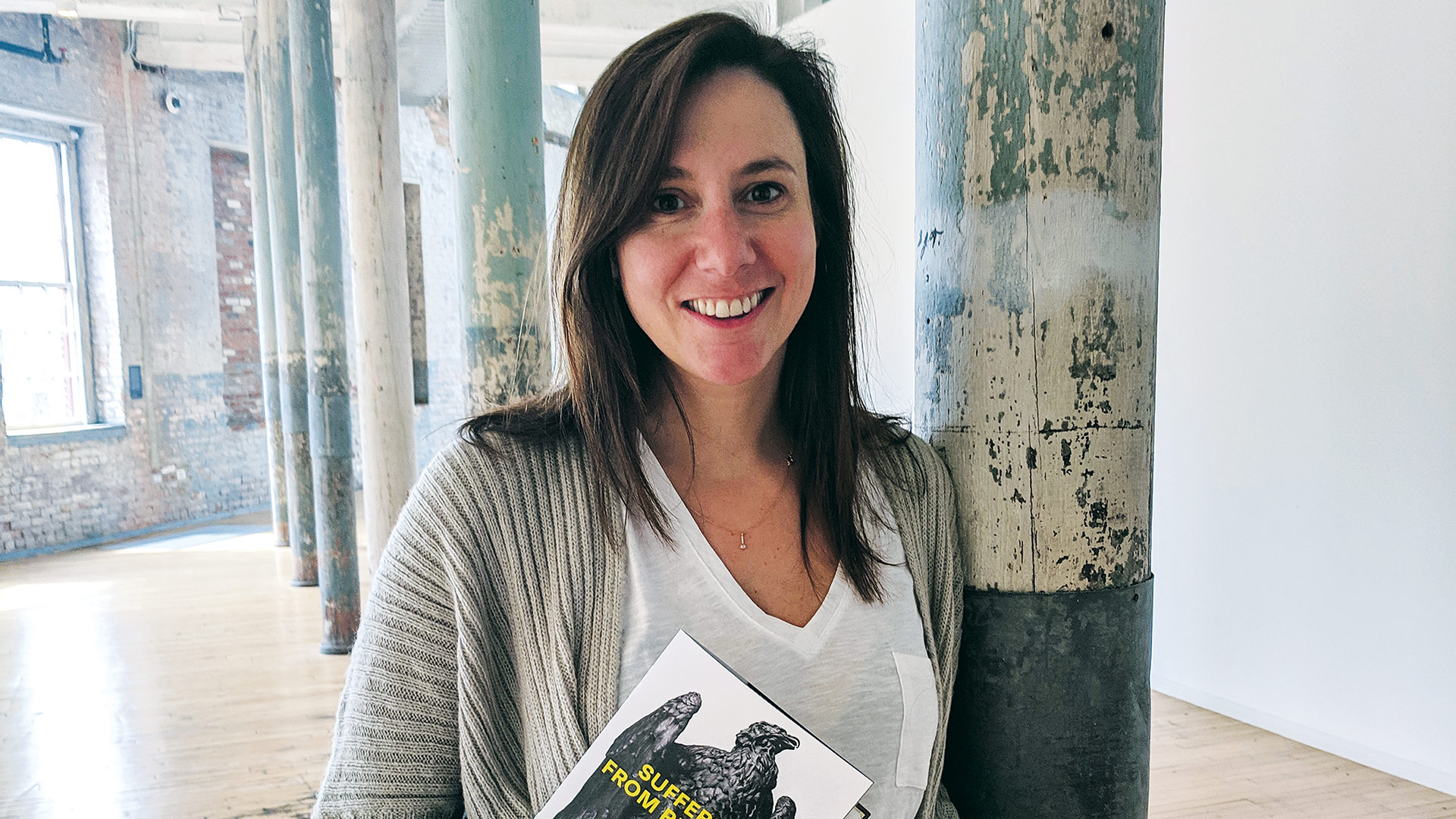 Jodi Joseph says the wide spaces at MASS MoCA make physical distancing easier than at many places where people gather.

“We took COVID-19 very seriously, and we’ve engaged in months of planning,” Simpson said. “Even though we were closed, our staff worked very hard behind the scenes. We had staff talking to other museums, sharing best practices, attending webinars and conference calls, reading CDC guidelines — all to understand how we can safeguard our environment. It’s not like a classroom setting; it’s not like a retail setting — it’s a very different set of physical environments that we needed to think about very carefully.”

In addition to the basic rules around masks and distancing, MASS MoCA visitors who experience fever-like symptoms while at the museum are asked to self-identify to staff, and to enable contact tracing, should that be necessary, all ticket buyers are required to provide contact information and names of everyone in the party — both ways to prevent isolated infections from becoming community problems.

That said, the galleries themselves are massive — “we measure our gallery space by the acre here,” Joseph said — but high-traffic areas like stairwells are now one-directional, the entrance and exit have been separated, and the admissions desk has moved outside, accepting no more than 75 timed tickets every half-hour to keep crowds at state-mandated levels.

The museum, at one point, was considering five different scheduling plans for those galleries, which were gradually whittled down to one plan as the reopening date became more crystallized. Joseph credited state Sen. Adam Hinds and Jonathan Butler, president and CEO of 1Berkshire, for keeping the museum abreast of what was happening at the state level.

“As guidance about the hospitality and tourism sectors started to come down in late spring, we had a pretty good sense of when we’d be open, and we were able to come up with an exhibition calendar that made sense,” she explained.

“We learned lessons from the closure; we came to understand we need this online presence, and it needs to be developed on a parallel track with our on-site experiences.”

Like many museums, MASS MoCA has a long exhibition cycle that’s planned out well in advance, so most installations were ready to go this month. Meanwhile, the museum staged its first concert last week, for an audience limited to 100 — including staff — in a space that can typically pack in 4,000.

For the region’s live-music scene, it’s a welcome start. MASS MoCA alone usually hosts performing-arts events 40 weekends per year, and about half its resources go toward supporting the performing arts, mostly emerging artists.

In short, it’s tough when everything shuts down.

“MASS MoCA is a landlord — we have between 30 and 40 tenants on our 16-acre, 28-building former factory campus,” she noted, and a core group of employees remained on site to manage them, but also reach out virtually with daily ‘art moments’ — “like a greatest hits of MASS MoCA, some fan-favorite exhibitions. We wanted to remind people how great it would feel to be back here, walking these halls, reflecting in the galleries, taking in performances on our stages all across campus.”

It was in many ways “an excruciating few months,” she added, yet the museum staff was inspired at times, too.

“Visitors kept in touch not just with donations, but with deeply felt personal messages telling us how much MASS MoCA means to them, or sharing landmark memories from their own lives that have taken place within these walls,” she told BusinessWest. “As our hearts were aching from being closed and dealing with all the daily troubles of the world, we were also reassured by all the gratitude and appreciation folks were showing the institution, even though we weren’t able to welcome them inside.”

That said, Joseph was thrilled to see more than 1,000 people arrive on opening weekend. “Everyone who showed up said things like ‘thank you, I’m so glad you finally opened’ and ‘I’ve been dying to get back here.’”

Springfield Museums stayed connected to fans as well by bolstering its virtual museum offerings online, Simpson said, from online classes to video demonstrations of collections and exhibitions, to staff videos showing parents how to do activities with their kids at home.

“We learned lessons from the closure; we came to understand we need this online presence, and it needs to be developed on a parallel track with our on-site experiences. So there is innovation that has come out of this,” Simpson said. “Out of something that no one wanted came positive results that can help shape what we do in the future and help us be better.”

That said, she was quick to add that “we strongly believe having people come down to the museums and engage in on-site experiences is really what we do well, and it’s our greatest contribution to our community and people who come to us from all over the region — and across the country and all over the world.”

She’s confident they will come from afar again, though it might take some time. “We might need a vaccine or successful treatments before people feel really confident about being together in the way they were before the pandemic.”

Joseph knows they’ll return, too, whether it’s to see art, like “Kissing Through a Curtain,” that shines a light on today’s world, or, conversely, to get away from reality, especially when that reality has been living in isolation for months on end.

“We want our institution to be a place of respite and a place where people can reflect on their shared experiences — and a place to escape, if that’s what they need. Leave the cares of the world behind and take a moment to be with art. That was our great hope when we reopened the doors.”