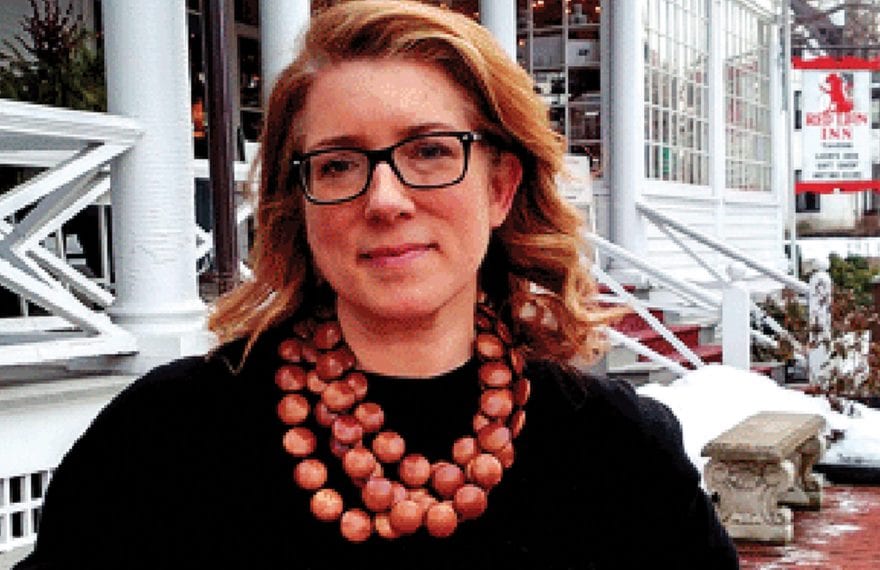 Hotel Group Continues to Grow Through an Uncertain Time 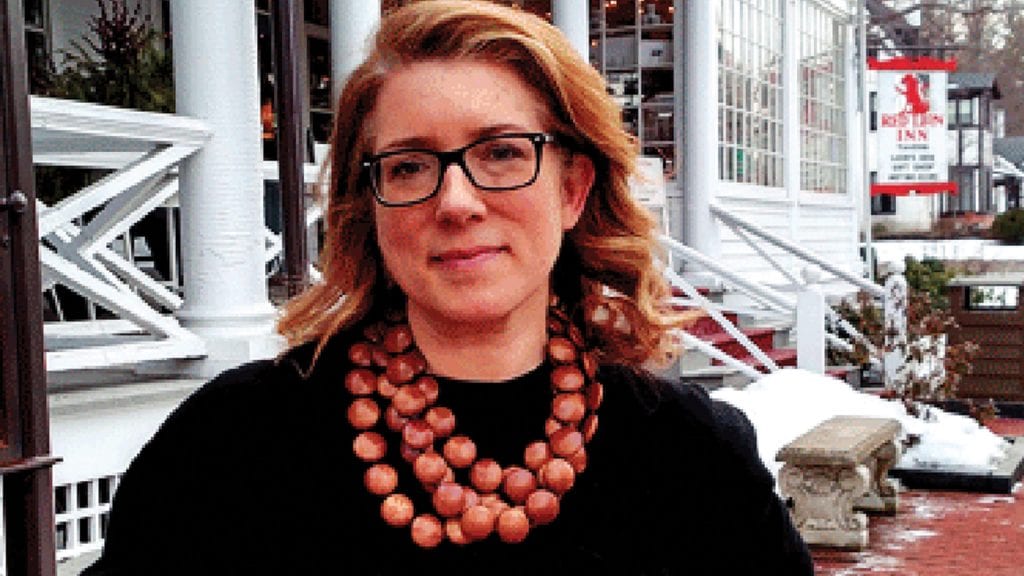 Sarah Eustis says the Berkshires has plenty to offer, even when arts and culture attractions are closed, and the Red Lion and other hotels await whatever uptick in business arrives this summer.

Sarah Eustis has some visions for the Courtyard, an outdoor dining area at the Red Lion Inn in Stockbridge.

“It will be a really active force — we’re thinking of new, creative ways to use it,” she told BusinessWest. “We’re ramping up menus, we’ll have music outside, maybe screen movies with a projector, ping-pong, cocktails … just some relaxation and fun for people in a world that isn’t very fun right now. That’s our goal.”

It’s an ambitious goal for Eustis, CEO of Main Street Hospitality, and her team as they navigate how to move forward with the group’s roster of Berkshire-area hotels while launching two more in Rhode Island, at a time when hotels are just starting to fully reopen, and no one knows how the traveling public will respond.

That’s especially true in the Berkshires, whose economy is so reliant on tourism. Several major players, including Jacob’s Pillow, Tanglewood, Williamstown Theatre Festival, and Shakespeare & Company, have canceled their summer season, and more might follow. Others are planning shortened seasons, like Barrington Stage Company, which will open on Aug. 5 with social-distancing practices in place.

Hence, Eustis’ emphasis on the other Berkshires draw: being outdoors, whether it’s hiking in nature or enjoying a breezy meal at the Courtyard.

“All the demand drivers, from a cultural standpoint, at least — with a few exceptions — have been moved to next year,” she said, adding, however, that some theaters are still looking for ways to accommodate performances, and museums are considering creative options like open, timed visitations.

But with vacation planning on hold for so many, Eustis knows she has to be realistic.

“The traditional reasons for coming to the Berkshires are massively impacted this summer, so that means we have to focus on other reasons people might come, and look at how we can provide a great experience,” she said. “We can play to the strengths of the Berkshires, which have a lot to do with being outdoors and natural beauty — we’ve got that in spades, and we will be well-served to promote that as a reason to come out and spend some time.”

Hotels weren’t forced to close by the mid-March mandate from Gov. Charlie Baker’s office, although business certainly dried up almost immediately across the country. Main Street Hospitality made decisions about its Berkshires properties on a case-by-case basis. For example, Hotel on North in Pittsfield, with its proximity to Berkshire Medical Center, has been used regularly by essential healthcare workers.

On the other hand, the Porches Inn in North Adams shut its doors completely. With little business expected there during the pandemic — it’s located across the street from the pandemic-shuttered MASS MoCA — the closure was an opportunity to tackle some needed construction and maintenance, and that site will reopen later this summer.

Meanwhile, the Red Lion Inn has maintained a robust, popular takeout program, as well as preparing meals for essential workers throughout Berkshire Health Systems and for Main Street employees who had been laid off.

“The traditional reasons for coming to the Berkshires are massively impacted this summer, so that means we have to focus on other reasons people might come, and look at how we can provide a great experience.”

Briarcliff Motel in Great Barrington and Race Brook Lodge in Sheffield were effectively closed, but have partnered with Volunteers in Medicine Berkshires to provide housing for essential workers and also people recovering from COVID-19.

“So, we’re trying to deploy each property within the mandated guidelines and leverage the characteristics of each property to the best of our ability,” Eustis said.

It wasn’t enough to keep about 300 employees working, however; layoffs reduced the company to about 25, with the discomfort spread throughout all properties and the administrative office.

“It was definitely the hardest thing I’ve ever been through as a leader, to be sure,” she said. “However, we took it week by week, with a very thoughtful approach.”

The plan now is to begin ramping the team back up again. On June 12, Main Street plans to reopen the Red Lion and Briarcliff within the safety parameters mandated by the state, as well as expanding reservations and culinary service at Hotel on North. Porches will reopen, somewhat refreshed, on Aug. 1, while two new Rhode Island properties are set to open as well: Hammetts Wharf Hotel in Newport in June 26, and the Beatrice Hotel in Providence on Aug. 9.

So, the company certainly sees a strong future.

“We are all trying to develop our strengths and skills without knowing what’s going to happen,” Eustis said. “This is the hardest thing I’ve ever had to do, but I do believe it will make us stronger as business people and hospitality providers.”

Part of that is reopening in a safe manner, with attention paid to everything from the cleaning and sanitizing strategy to what kind of voice and body language to use with guests from behind those ubiquitous masks.

“We’ve got a 40-page COVID manual guiding our preparation,” she said. “We want to check all the boxes, so when guests visit with us, they don’t have to give it a second thought. We’ve got you covered.”

As summer approaches, this should be a time of happy anticipation at a hotel group synonymous with visiting the Berkshires — but this is totally uncharted territory, Eustis said, so optimism must be tempered by reality. But she’s still optimistic.

“We will come out on the other side, although there are days it doesn’t feel that way,” she told BusinessWest. “It’s such a massive tactonic shift. But we’ve got a really talented team that’s super committed, and we will be here to tell the tale.”