You Should Know the Laws and How They Are Enforced 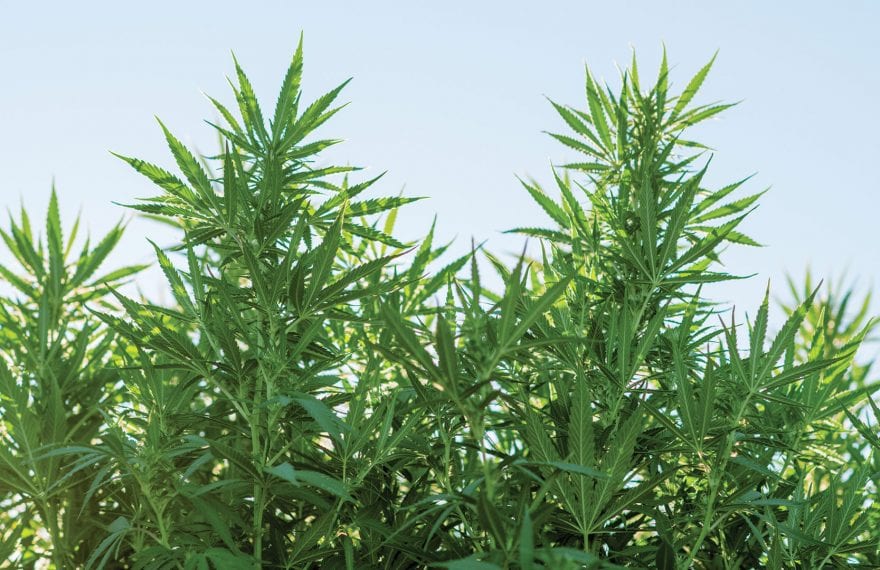 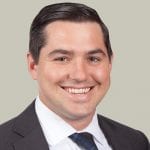 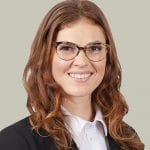 This confusion comes from state and federal governments’ shifting approaches to regulating these industries. It is even more difficult to understand the legal framework surrounding retail sales, which include hemp and CBD products, as well as marijuana products sold by state-licensed dispensaries. In this article, we hope to provide some clarity regarding what the laws say about cannabis and how they are being enforced.

Cannabis is a plant genus, or family, composed of three species: Cannabis sativa, Cannabis indica, and Cannabis ruderalis. The species have physical variations between them that allow them to grow in different environments, flower at different periods during the growth cycle, and contain different chemical properties (see discussion on cannabinoids below) that produce different sensations when ingested.

Strains (think, ‘flavors’) produced from the Cannabis sativa species tend to incite feelings of euphoria, boost energy and creativity, and lead to a more head-focused high. Cannabis indica, alternatively, primarily affects the body, and is often helpful in reducing muscle aches and pains and inducing sleep. For these reasons, strains cultivated from indica plants tend to be more useful for medicinal purposes.

“THC, or tetrahydrocannabinol, is the cannabinoid responsible primarily for producing the psychoactive effect, or the ‘high,’ commonly associated with ingesting cannabis.”

Cannabis ruderalis is somewhat between sativa and indica, and has lower yields, but can often be cross-bred with other species to create medicinal strains. The stems of this species can also be used to make clothing and textiles.

The flowering buds of the cannabis plant produce a resin that contains cannabinoids, which are unique chemical compounds found only in cannabis and interact with different receptors in the user’s central nervous system to produce the effects described above.

The ratio of the cannabinoids in a particular strain depends on the genetics of the plant from which it is derived — in other words, how the plant has been bred by selectively combining sativa and indica plants to emphasize particular cannabinoids over others and create a unique strain with individualized characteristics.

More than 100 cannabinoids have been identified, most notably THC and CBD.

THC, or tetrahydrocannabinol, is the cannabinoid responsible primarily for producing the psychoactive effect, or the ‘high,’ commonly associated with ingesting cannabis. Although THC is most notable for its psychoactive properties, it has also been purported to have medical benefits on the user and can be used to treat a variety of conditions, including seizures, inflammation, pain, nausea, depression, and anxiety.

CBD, or cannabidiol, has anti-anxiety effects on the user and is utilized primarily for its purported medicinal benefits. It does not produce psychoactive effects (in fact, it may lessen the psychoactive effects of THC), and, for this reason, although CBD and THC have similar medicinal benefits, some people may choose to ingest only CBD to avoid feeling the ‘high’ brought about by THC.

CBD can be extracted from the resin of the cannabis plant and can be processed into essential oils, tinctures, and other non-smokable forms. CBD can even be added to body-care products and applied topically.

The term ‘marijuana’ is generally used to identify cannabis that is cultivated for its intoxicating effect on a user. Marijuana was made effectively illegal under federal law with the passage of the Marijuana Tax Act of 1937.

The Legislature later classified, and criminalized, marijuana as a Schedule 1 narcotic under the Controlled Substance Act of 1970, during the nascent ‘war on drugs’ declared by President Nixon. Classification as Schedule 1 — alongside heroin, LSD, and ecstasy — means that marijuana is deemed to have no currently accepted medical use and a high potential of abuse.

Public sentiment has recently begun to reject this classification of marijuana and the total federal prohibition. Although, at this writing, marijuana remains illegal at the federal level, 11 states, including Massachusetts, and the District of Columbia, have passed laws legalizing marijuana for recreational use, and 23 others have legalized the use of medical marijuana. Since 2016 in Massachusetts, individuals age 21 or older may possess up to an ounce or more on their person and up to 10 ounces in their homes without violating Massachusetts law.

The Cannabis Control Commission (CCC), the agency tasked with regulating the state’s marijuana industry, provides further information regarding the Massachusetts law on its website.

Cannabis that is selectively bred for non-intoxicating properties is considered ‘hemp.’ Industrial hemp is one of the oldest cultivated crops in the world and is useful in formulating textiles, rope, paper, plastics, insulation, oil, and body-care products. Because of this selective breeding, hemp plants contain only trace amounts of THC, but their CBD levels are unchanged.

“State and federal legal developments have created a confusing CBD marketplace. Stores everywhere are selling CBD products intended for human consumption and making health claims about such products. However, both types of sales are illegal, according to state and federal agencies.”

Hemp is cultivated to enhance its distinctively versatile qualities, such as longer, more fibrous stalks and shorter leaves, rather than for the leaves and flower buds for which marijuana plants are cultivated. Because of this, hemp cannot be consumed as an intoxicant. Nevertheless, the Controlled Substances Act did not distinguish between marijuana and hemp (since both are technically cannabis) in classifying marijuana as a Schedule I substance; therefore, hemp was swept up in the heyday of the war on drugs and made illegal.

Under the Farm Bill of 2018, the U.S. Congress, for the first time, legalized the production and sale of hemp at the federal level, eliminating its status as a Schedule I narcotic. The Farm Bill and regulations define hemp as cannabis containing not more than 0.3% THC. Cannabis plants containing any quantity of THC above that amount are classified as marijuana, and remain illegal under federal law. In late October, the USDA published interim regulations on hemp production, which means they are subject to change after a public comment period but were effective immediately.

These regulations also set forth licensing requirements, procedures for testing THC levels and disposal of non-compliant plants, and rules governing other aspects of the industry.

The FDA has taken a more cautious approach, citing concerns about whether CBD is safe to consume in food and supplements. In an April 2019 statement, the agency sought to clarify its position on hemp products. The statement indicated that enforcement resources are directed toward illegal sales of CBD products that claim to prevent, diagnose, treat, or cure serious diseases, such as cancer.

However, it also stated that it is unlawful to introduce CBD-containing food into interstate commerce or to market CBD products as dietary supplements.

This means that effectively all CBD food products, including those derived from legally grown hemp, are unlawful, according to the FDA. The only hemp products that can be legally added to foods are hulled hemp seed, hemp-seed protein powder, and hemp-seed oil, because the seed of the hemp plant contains neither CBD nor THC.

The FDA has undertaken to develop CBD regulations, but despite repeated urging from the USDA and members of Congress, the former FDA commissioner indicated that that the rule-making process around CBD food products would be more complex than conventional products and could take years.

Massachusetts legalized hemp production as a component of the same 2016 law that legalized recreational cannabis. However, after the change of law at the federal level, both the state Department of Agricultural Resources and Department of Public Health issued policy statements on the same day imposing strict rules on hemp products. These two statements echo the FDA’s prohibitions on adding CBD to food products and making health claims about CBD.

What Can We Buy and Sell?

These state and federal legal developments have created a confusing CBD marketplace. Stores everywhere are selling CBD products intended for human consumption and making health claims about such products. However, both types of sales are illegal, according to state and federal agencies. Consumers, retailers, growers, and other stakeholders are looking for information about what is legal, what is not, and why there is so much ambiguity.

CBD derived from marijuana remains illegal under federal law. However, the U.S. attorney in Massachusetts has indicated he will not direct his office’s resources to federally prosecute cannabis companies that are permitted under state law, a move that has allowed the cannabis industry in Massachusetts to flourish. Under this state’s regulatory regime, marijuana products containing CBD, as well as THC, can be bought and sold at cannabis dispensaries that are licensed by the CCC.

Retailers in Massachusetts sell cannabis flower, edibles, concentrates, and other forms of marijuana containing both THC and CBD. CCC regulations do not classify edible marijuana products as food, allowing dispensaries to sell CBD-infused edibles without contravening the state Department of Public Health’s policy.

In contrast, despite the federal and state legality of producing hemp, some of the most popular hemp-derived CBD products — food and supplements — cannot be sold under either state or federal law. Nevertheless, the CBD industry may avoid total extinction, since CBD can be added to topical lotions and other cosmetics without defying the laws.

Non-food CBD products, however, represent a small percentage of the potential uses of CBD, and the loss of a valuable opportunity for introducing additional, more profitable products containing CBD into the marketplace adds further demand for the FDA to promulgate its promised CBD rules. Furthermore, hemp can be legally sold for rope, clothing, building material, and other non-ingestible uses, but hemp farmers have stated that Massachusetts currently lacks the manufacturing infrastructure necessary to process the plant for these purposes.

Chris St. Martin and Sarah Morgan are both litigation associates at Bulkley Richardson; (413) 781-2820. 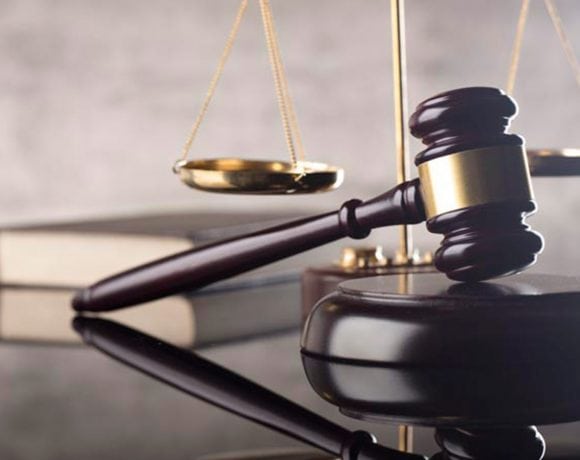 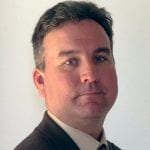 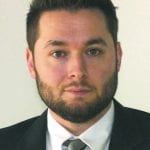 As everyone knows, paid family medical leave (PFML) is coming to Massachusetts on Jan. 1, 2021. To that end, the Department of Family and Medical Leave recently released its final regulations that will govern PFML.

The final regulations provide much-needed clarity on some aspects of PFML, while other aspects remain vague.

Therefore, even employers who do not have a physical place of business in Massachusetts, but who may have salespeople in Massachusetts, will want to review the PFML regulations with their employment counsel to determine any potential impacts to their business.

Employers have the ability to establish their own private PFML plan instead of participating in the state administration process. If an employer is going to utilize a private PFML plan, the plan must confer all the same or better benefits, including rights and protections, as those provided to employees under PFML, and may not cost employees more than they would be charged under the state plan administered by the department. A private plan will also need to be approved by the Department of Family Medical Leave before it is implemented.

While the clear intent of the PFML regulations is to line up with the Family and Medical Leave Act (FMLA) as much as possible, there are also several key areas of difference.

The first noticeable difference is that PFML applies to every employer, regardless of size. Furthermore, as covered employers are aware, under the FMLA, an individual is entitled to leave if they work for 1,250 hours within the previous 12-month period. That 12-month period can be a calendar year or rolling period. PFML contains no such service requirement or minimum hours worked.

Furthermore, an employee is eligible for 20 weeks of leave for their own serious health condition under PFML as opposed to 12 weeks under the FMLA.

It is clear that questions still remain regarding the implementation of PFML. It is also clear that PFML and FMLA will not perfectly align. Employers will therefore want to consult with their employment counsel as they continue to prepare for PFML.