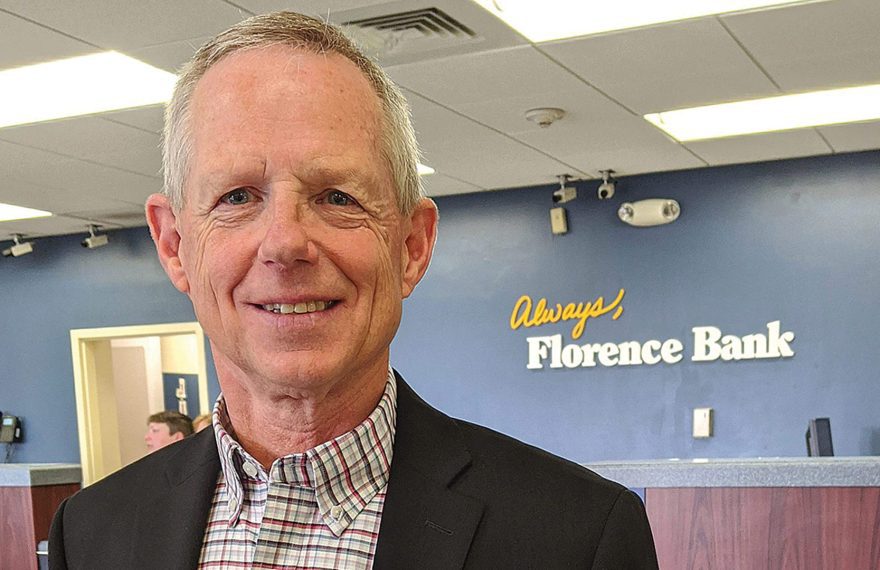 Another month, another rate increase from the Fed. The moves aren’t unexpected, and are needed to slow inflation, but they are concerning, especially to borrowers.

“We haven’t seen inflation like this since the ’80s. To anyone who remembers the late ’70s and early ’80s, when inflation was running really high, the dangers that represents are self-evident,” said Kevin Day, president and CEO of Florence Bank.

“The Fed responds immediately to a heated economy, and when the economy is overheated, that’s when they raise rates” in an effort to slow inflation, he told BusinessWest. “This time is a little different; inflation already showed up, and now they’re having to calm it down. So it’s a different environment than we’ve seen in the last 40 years, and that has created a great deal of uncertainty. And no one likes uncertainty.

The Federal Reserve’s mission is to keep the U.S. economy humming, but not too hot or too cold. So when the economy booms and distortions like inflation and asset bubbles get out of hand, threatening economic stability, the Fed can step in and raise interest rates, cooling down the economy and keeping growth on track. 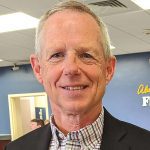 “It’s a different environment than we’ve seen in the last 40 years, and that has created a great deal of uncertainty. And no one likes uncertainty.”

On Sept. 21, the federal funds rate was raised by 75 basis points, to a range of 3% to 3.25%. The move followed 75-basis-point hikes in June and July, and two smaller rate hikes in March and May. The Federal Open Market Committee will meet twice more in 2022 to decide if further hikes are necessary in the fight against high inflation.

Still, “not everyone thinks higher mortgage rates are a terrible thing,” Forbes notes. “Some real-estate professionals see higher rates as one way to cool an overheated housing market. Others think it’s time to get back to normalcy after two years of artificially low borrowing costs.”

In addition, rising rates are not a bad thing for banks in general. When interest interest rates are higher, banks make more money due to the difference between the interest banks pay to customers and the interest the bank can earn by investing.

Still, banks also worry about recessionary environment when rates spike, an environment that opens the door to financial struggles, bankruptcies for individuals, and business failures, Day said. “Rates rising a bit is usually good for banks, but when it starts going too fast, it creates other problems no one likes to see.”

While inflation is at 40-year highs, interest rates are nowhere near the 6.5% seen in 2000, not to mention the record high of nearly 20% in 1980. Instead, rates have simply returned to pre-pandemic levels, which are historically on the low side.

“In terms of absolute levels, and in view of history, current interest rates are still at attractive levels,” said Mike Kraft, head of CRE Treasury at JPMorgan Chase. “Generally, I would say this is a great time to do business — before additional rate movements kick in.”

However, while historical trends favor current borrowers, people tend to think in the short term, and any rate increase dampens enthusiasm to borrow — which, after all, is the Fed’s intention: to slow the economy.

“Borrower behavior is always impacted by rising rates,” Day said. “People just tend to borrow less money, unless you’re in the credit-card business, which we’re not. We deal with mortgages and commercial loans, and borrowers are more hesitant as rates rise; they don’t want to commit until they have to. As rates rise, what happens is businesses take less risks — they don’t necessarily build or open that next location. Borrowing definitely declines as rates rise faster.

“In a perfect world, if it’s done at a moderate pace, nobody gets hurt too badly,” he went on. “It might slow a little bit, but businesses still make investments in property and equipment. But if it goes rapidly, it’s kind of an unknown. ‘Will this impact my business? Should I open that location? Will there be no business in six months?’ It makes businesses hesitant.”

On the other hand, people more focused on saving money than borrowing it may find the rate hikes a breath of fresh air, even if savings interest still lags behind interest on loans.

“How quickly you’ll see higher APYs on deposits depends on where you bank,” Forbes notes. “Online banks, smaller banks, and credit unions typically offer more attractive yields than big banks and have generally been increasing rates faster because they have to compete more for deposits.”

Day agreed that competition puts pressure on banks to raise deposit interest rates, while the gains are most prevalent in the CD market. “You can get 4%, where years ago, it was hard to get 25 basis points.

“So rising rates are generally beneficial to consumers who save money,” he added. “Borrowers usually don’t like them, but retirees on a fixed income might have assets in investments, and rising rates should help them have alternative ways to earn more money. So there’s two sides to this.”

The bottom line is that inflation is the highest it’s been since the early ’80s, and that makes everyone skittish, even if one of the remedies — rising interest rates — isn’t welcomed by everyone.

“We’re in uncharted territory,” said Ginger Chambless, head of Research for Commercial Banking at JPMorgan Chase. “By raising rates through this year, the Fed is trying to get a handle on inflation and slowly pull some of the excess liquidity out of the economy. I think it makes sense for the Fed to take a gradual approach. This way, they can see how the economy holds up along the way, as opposed to a more drastic increase, which might cause undue panic in the markets.”

Panic may be a strong word, but the word Day used — uncertainty — is definitely apt for banks, borrowers, and the financial industry as a whole. And with more decisions yet to be made by the Fed, the volatility may not be over.