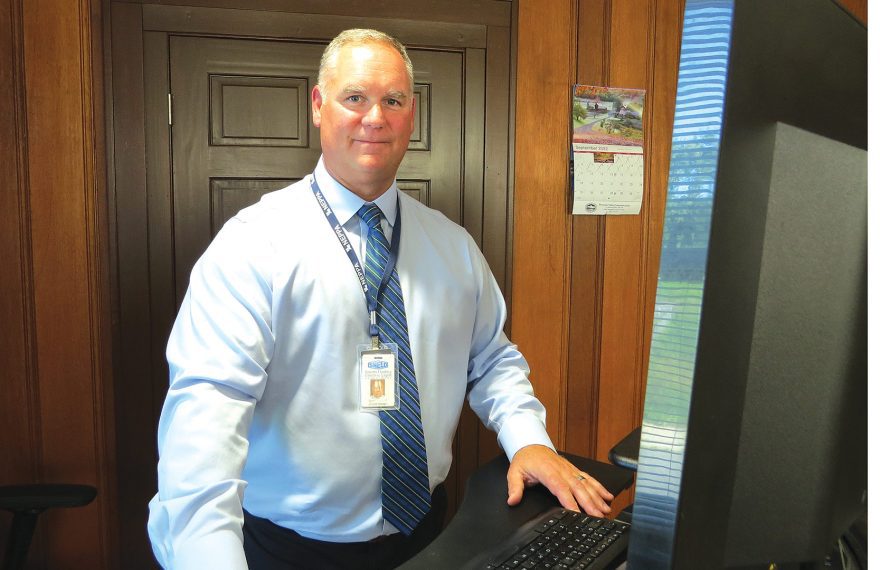 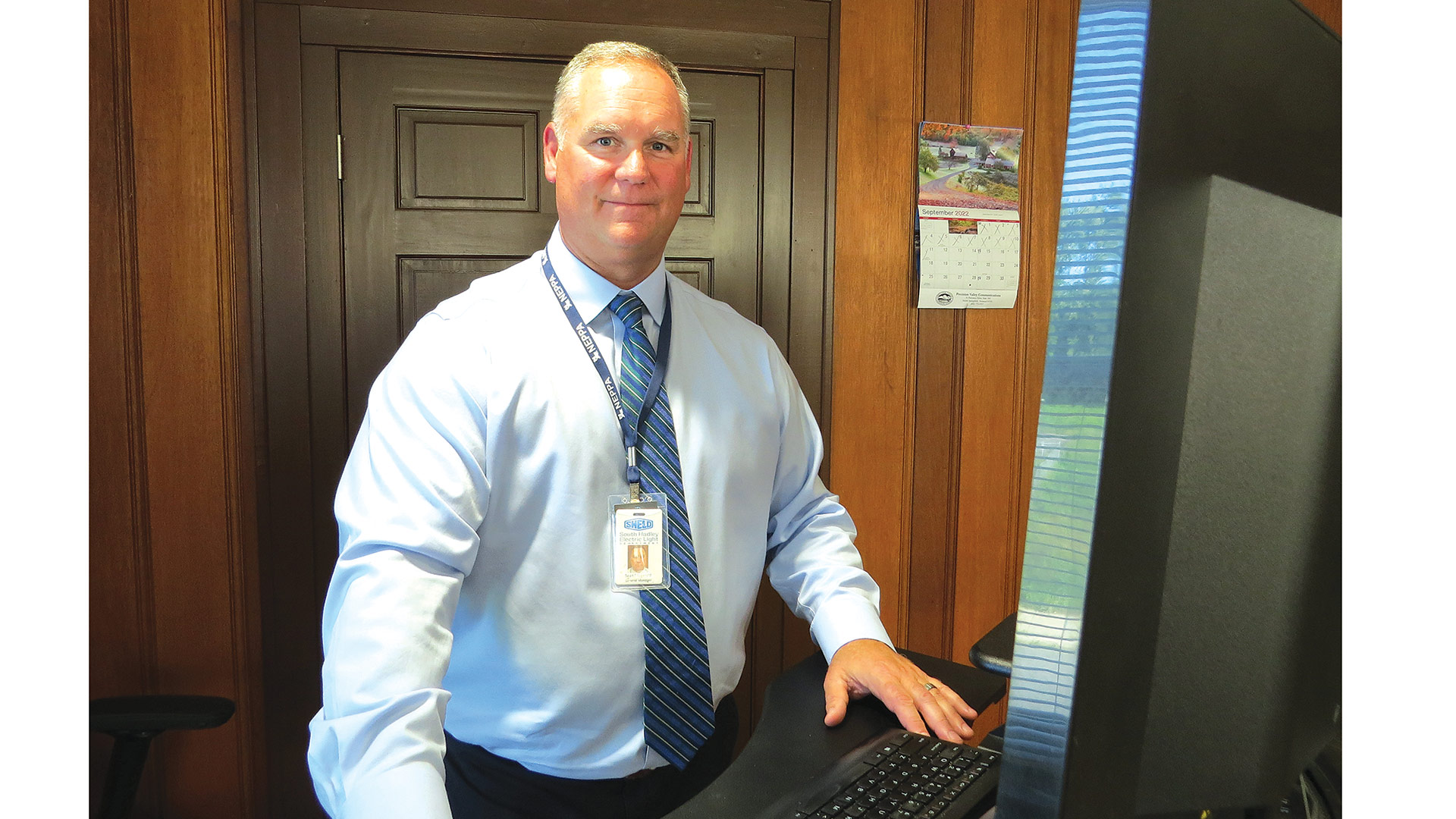 ‘Ahead of schedule and under budget.’

Those are the words that any business owner or board of directors would love to hear regarding a specific project or undertaking. They are not heard often, to be sure, and they are being heard even less frequently, if at all, in these days of soaring inflation, supply-chain issues, and a workforce crisis.

But that phrase can certainly be applied to the ongoing work of the South Hadley Electric Light Department (SHELD) to provide commercial and residential customers in that community with fiber internet service, a project that had the additional challenge of being launched only months before the pandemic arrived in Western Mass.

“In the last financial report we gave to the board, we were under budget and ahead of the construction schedule,” said Sean Fitzgerald, SHELD’s general manager, noting that roughly 75% of the town now has fiber service, with the rest to be built out by July 2024.

The fiber program, which had been known as Fibersonic, has been rebranded as Fiberspring to avoid any potential problems with another internet provider using ‘sonic’ in its name, said Fitzgerald (more on this new name later). It now boasts more than 1,600 customers, including residents, businesses, municipal entities, public schools, and the majority of town departments, and to say the initiative has been successful and is turning some heads would be an understatement.

Indeed, the early success in South Hadley has led to new agreements to provide internet service to nearby towns Leverett and Shutesbury, and inquiries from, and preliminary talks with, other communities, said Fitzgerald, adding that SHELD’s board of directors must now decide just how entrepreneurial it wants to be with this product.

Indeed, the Fibersonic program, similar in many ways to a fiber initiative launched by Westfield Gas & Electric — which Fitzgerald was part of — was initiated with the simple goal of providing better, more reliable service to South Hadley residents and businesses. But its pattern of success, the new contracts with Leverett and Shutesbury, and the potential to add more small towns and even larger communities (there have been talks with Easthampton) have the potential to turn this into a dynamic new profit center for SHELD.

“Customers are streaming more; they’re going into Best Buy, they’re buying a TV that is all streaming,. And with the internet of things, with everything from doorbells to vacuum cleaners connected to the internet, people are increasingly concerned about bandwidth and performance.”

“Originally, the vision from the board was not to expand; it was to improve quality of life for residents of South Hadley — that was the initial plan,” Fitzgerald said. “But in doing that, other towns became aware of us being an option; we did it very well, and we did it to what I would call the gold-standard level, so these expansion opportunities have fallen into our lap.”

SHELD has scheduled a strategic planning event for October, at which discussions will be had about where the utility can go from here with its fiber endeavor and whether further expansion should be pursued.

“That’s a discussion point that the board and I will have to have — how aggressive should we be as a municipal light plant in going after expansion of fiber?” he said, noting that, with scale, the utility can ultimately reduce the cost of the service it provides. “And these are questions we don’t have full answers to yet.”

For this issue and its focus on technology, BusinessWest talked with Fitzgerald about what is now officially known as Fiberspring (the recently detailed trucks with the brand can be seen on the roads), and what the next chapters in this intriguing story might be.

These are just some of the dozens of names Fitzgerald and his team at SHELD considered as they went about rebranding Fibersonic in conjunction with Darby O’Brien Advertising, the South Hadley-based firm that has developed a strong reputation for helping businesses and nonprofits with such endeavors.

As they talked about the process, Fitzgerald and O’Brien said potential new names would be tossed around, with their merits and shortcomings weighed, before most all of them would have to be discarded because they had been completely, or partially, trademarked by someone else. Such is the growth of this sector of the economy, where the word ‘fiber’ has been attached to just about every conceivable noun. 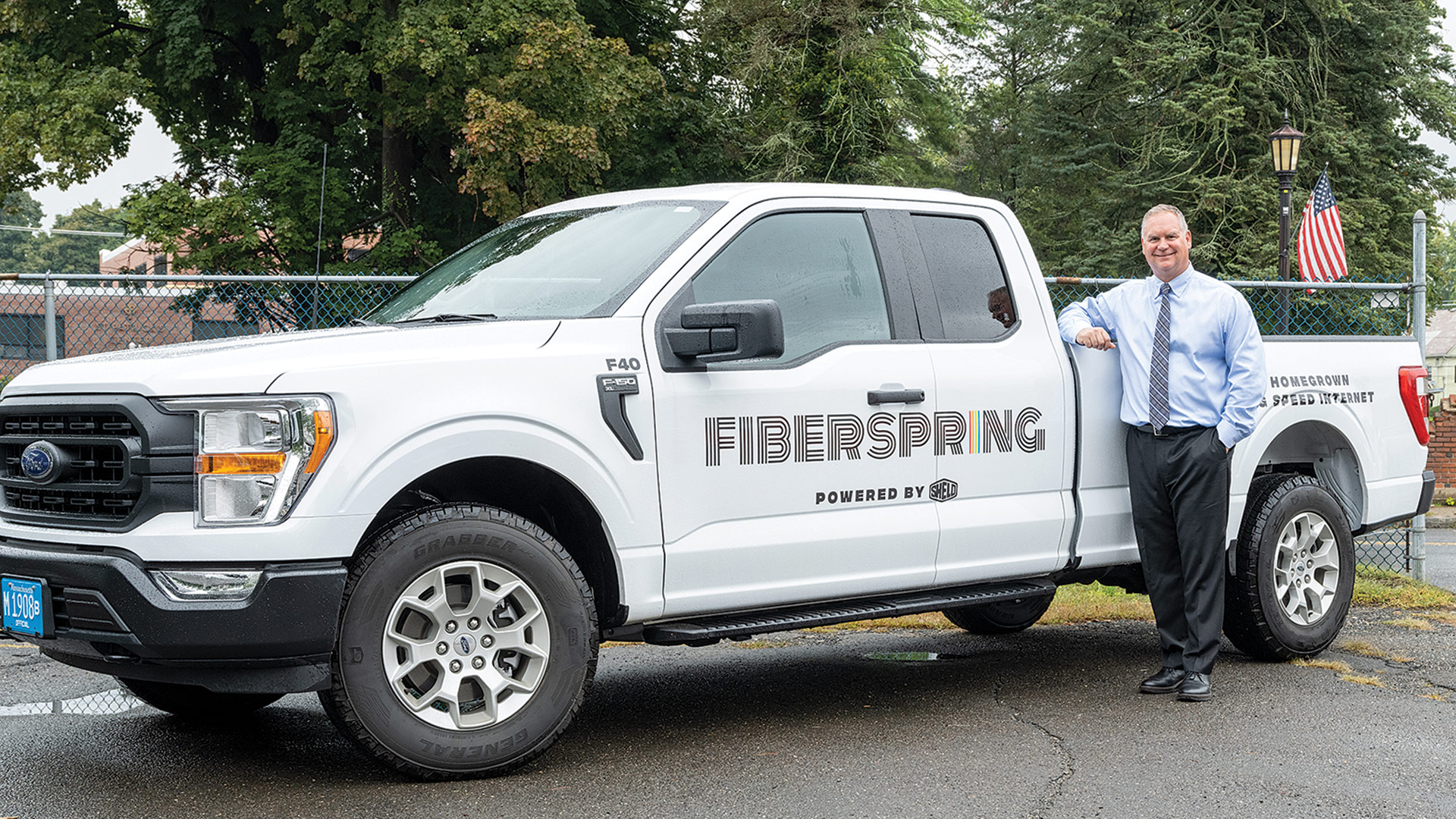 General Manager Sean Fitzgerald shows off one of utility’s trucks with the new brand, Fiberspring.

Oddly, and both O’Brien and Fitzgerald thought it was odd, and that’s why they made very sure that Fiberspring was not trademarked. That’s the colorful brand name — literally and figuratively — now, or soon to be, seen on trucks, business cards, letterhead, and everything else.

By whatever name it goes, South Hadley’s new telecom business has become an intriguing success story, one that begins with SHELD’s hiring of Fitzgerald in 2017 with the intent of launching a business division to bring fiber to the home. As noted, Fitzgerald had been working for Westfield G&E and had developed the business component for that municipal utility’s Whip City Fiber project.

What eventually emerged in South Hadley was a $17.4 million initiative, said Fitzgerald, with roughly $15 million going toward fiber construction, with the other $2.4 million in funding needed for advanced meter infrastructure, or AMI. It was financed mostly through a $12 million bond secured through the Massachusetts Municipal Wholesale Electric Co. at a favorable 2.7% rate.

As he assembled a team to take this new business division, named Fibersonic, off the drawing board and make it reality, Fitzgerald borrowed from the successful Whip City model in many respects.

These include everything from ordering materials well in advance — a strategy that has brought dividends in these times of supply-chain issues and soaring prices — to the concept of ‘fiberhoods’ — bringing fiber to a community neighborhood by neighborhood.

As he gestured to a map of the town on a large screen in the SHELD conference room, Fitzgerald noted that there are many fiberhoods in South Hadley now, with those currently without fiber to be completed by 2024.

As neighborhoods become fiberhoods, the ‘take rate,’ as it’s called, a statistic that tracks how many households are signing up for the service, is roughly 43%, a good number that grows higher as more residents add the gig-speed service and word of mouth spreads about its speed and reliability.

And as more and more household devices and appliances are driven by the internet — everything from lighting to security to thermostats — demand for fast, reliable service grows.

“Customers are streaming more; they’re going into Best Buy, they’re buying a TV that is all streaming,” he noted. “And with the internet of things, with everything from doorbells to vacuum cleaners connected to the internet, people are increasingly concerned about bandwidth and performance.”

“We proactively ordered our equipment and materials in advance, before we knew COVID was coming,” he explained. “I learned that in Westfield, and it was a great strategy.”

As South Hadley adds more fiberhoods, it’s becoming apparent that SHELD’s fiber-service initiative could expand well beyond the borders of that town.

Indeed, just as Whip City Fiber has moved beyond Westfield and into the surrounding hilltowns, Fiberspring is now expanding into other communities.

Shutesbury, northeast of South Hadley, was the first town to enter into a contract with the company, and Leverett, which borders Shutesbury, followed soon after. Those two communities, which both had existing networks in place, will bring another 3,000 customers into the fold.

After that … Fitzgerald said there is potential to expand the footprint in several directions.

“We could go pretty much anywhere in this region,” he told BusinessWest. “The key is the truck rolls — if you have to roll a truck to a customer, you need to be able to reach that customer in a reasonable period of time. If a town in New Hampshire or Maine wanted to hire us, we could do it, but we would probably have to put a satellite building there or a small hub or hire technicians that live in that area.

“Just as Westfield is now serving a number of hilltowns, we can now do the same,” he went on, adding that Fiberspring is now competing with Westfield and other providers. “These towns chose us because of our team and our ability to serve them.”

Moving forward, Fitzgerald said there will be several factors that will determine if, when, and to what degree Fiberspring expands.

“First and foremost, we don’t want to negatively impact the service that we provide to South Hadley — those customers are priority one,” he explained. “Second, we want to make sure we have enough resources to adequately perform any of those contracts. And third, does it make sense for our customers? The whole reason we’re doing this is to reduce the cost to the South Hadley customers and at the same time provide a good service to Shutesbury. But ultimately, we need to show cost savings for South Hadley customers, who are our owner, which we will do with these contracts.”

Summing up where the telecom business now known as Fiberspring is, and where it could be a few years or a decade down the road, Fitzgerald said everything is happening faster than he or the SHELD board anticipated.

That statement goes for everything from the buildout in South Hadley — again, it’s ahead of schedule — to the expansion of the business into neighboring communities.

That’s a good problem to have — if it’s even a problem — and a business story that bears watching in the months and years to come.

In other words, this new gig — as in gig — has vast potential to be a huge player in this market.