Analysts Say the Economy Could Be Headed for a Slowdown 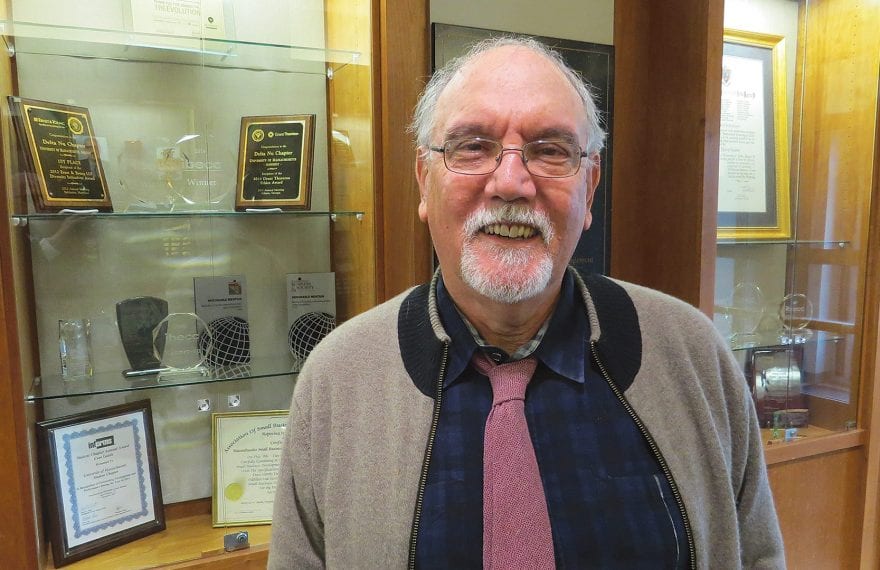 Running out of Gas? 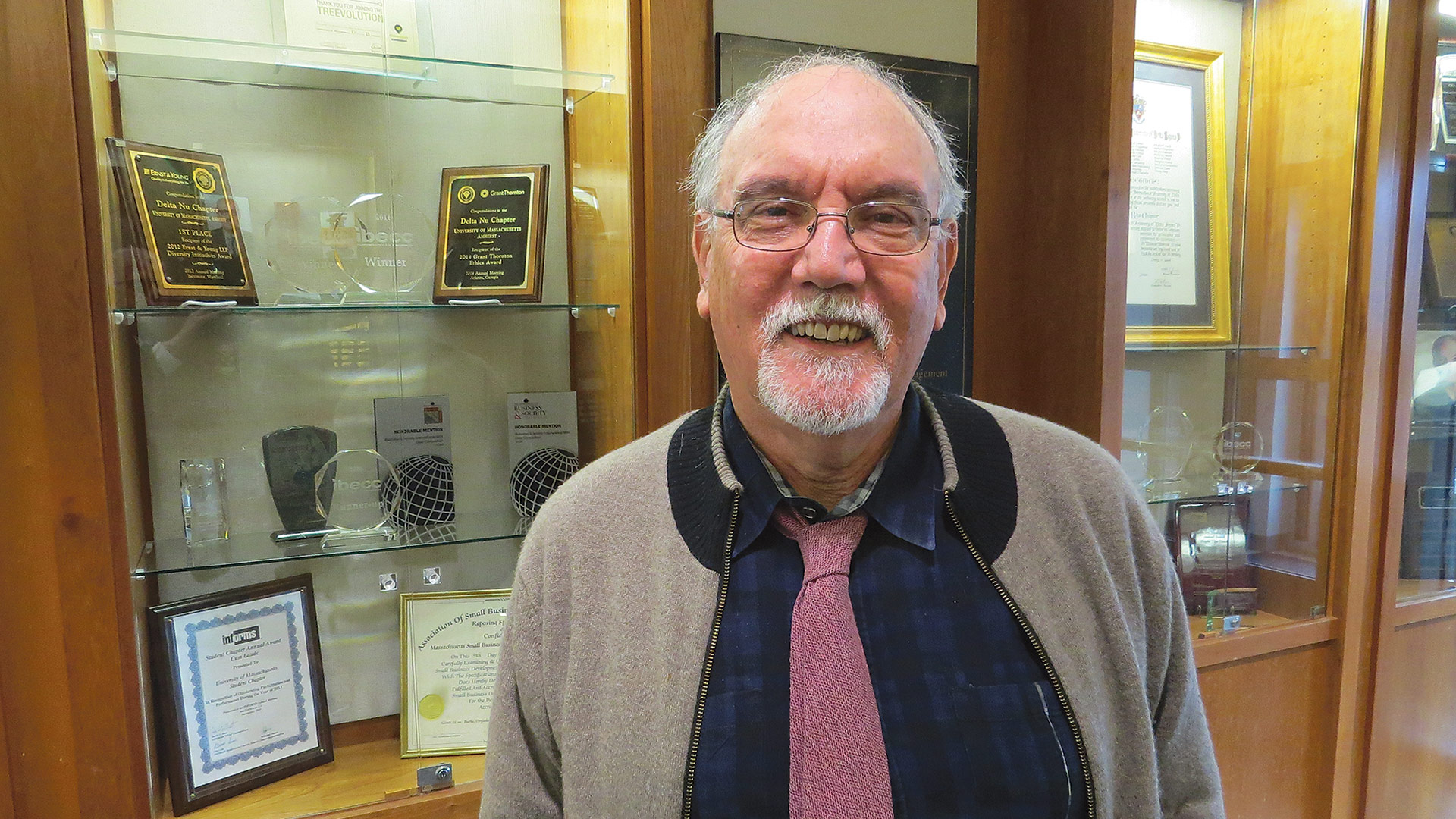 Bob Nakosteen projects a slowdown for the economy, but not a recession.

What’s that old saying about death and taxes? It notes that they are the only real certainties in this world.

Actually, there’s another one: when it comes to the economy and making plans for the future, business owners and consumers certainly don’t like uncertainty.

Unfortunately, there is no shortage of that commodity at the moment, and the volume may only be growing. Indeed, there is political uncertainty — lots and lots of that — and uncertainty about the housing market. And the trade war with China. And with the workforce — the nation as a whole is at or near full employment, and business owners and managers across all sectors are asking out loud where the workers are going to come from (see related story, page 22). There’s uncertainty about the stock market, except that there’s considerable amounts of turbulence (we’re certain about that). And about interest rates and what will happen with them. And about whether the tax cuts introduced a year ago will continue to be a source of economic fuel (although the consensus seems to be that they won’t be).

Add it all up, and, as we said, there is a lot of uncertainty out there.

Certainly enough to likely cause a slowdown in the economy, but not a recession in the technical sense of that word, said Bob Nakosteen, a professor of Economics at the Isenberg School of Management at UMass Amherst and a frequent voice in BusinessWest’s annual Economic Outlook.

“When there’s uncertainty, businesses tend to pull in their horns, and consumers, by and large, do the same; they wait until there’s more certainty about what they can expect,” said Nakosteen, adding that, instead of a growth rate between 3.5% and 4%, which is what the country and this region saw in 2018, both are probably looking at 2% to 2.5% for next year.

Again, that’s not a recession, but it is a slowdown.

Like Nakosteen, Karl Petrick, an associate professor of Economics in the College of Arts and Sciences at Western New England University, is predicting that this is what the nation, this state, and this region will see.

“When there’s uncertainty, businesses tend to pull in their horns, and consumers, by and large, do the same; they wait until there’s more certainty about what they can expect.”

“I really don’t think the slowdown has started yet. But I think it’s coming,” he said, adding quickly that there are signs things are cooling off somewhat.

He pointed to robust sales in the days and weeks following Thanksgiving as solid evidence that many Americans still have the confidence to spend. But a few months of severe turbulence on Wall Street, large amounts of political uncertainty, and a host of other factors will eventually erode some of that confidence, he added. 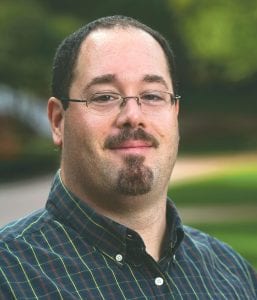 Karl Petrick says various forces, from turbulence on Wall Street to political uncertainty, will soon start to generate more cautiousness on the part of consumers and business owners.

“The momentum will carry into 2019, but unless we see some more certainty, that momentum will peter out into 2020,” he told BusinessWest. “The earliest a recession could happen is 2020, but there’s a lot of time between now and then to avoid that.”

For this issue and its Economic Outlook focus, BusinessWest talked with Nakosteen and Petrick about the proverbial big picture.

As he talked about the state of the economy and what is likely to happen in 2019, Nakosteen acknowledged that some economists are, in fact, using the dreaded ‘R’ word as they look into their crystal balls.

He’s not ready to join them — yet. But he said there are more than enough signs that a slowdown is coming — if it hasn’t arrived already.

Starting with the housing market.

“The housing market is clearly slowing down, and it is so important to so many segments of the economy and so many parts of the country,” he told BusinessWest. “It’s not well-recognized, but we’ve had a period since 2012 of one of the most sustained increases in housing prices in our history; in fact, it comes close to matching what happened during the price bubble [of 2007-08]. The difference is that there isn’t this froth around it, and there isn’t this huge toxic-credit buildup.

“I don’t see this as a danger to the economy in terms of it exploding and dragging us into a recession,” he went on. “But I do see a slowdown affecting the overall economy and the economy of this state.”

Beyond the housing market, there are other signs, or indicators, of whitewater, including the trade war, if it can be called that, with China, Canada, and other countries.

Nakosteen said this region doesn’t produce many, if any, of the products directly affected by rising tariffs, but this area is affected indirectly because its precision manufacturers provide links in the supply chains that are impacted by the tariffs.

Petrick agreed. “We need to find some stability when it comes to our trade relationships,” he said. “Trade wars are not good for anybody.”

There’s also diminishing impact from the tax cuts implemented a year ago — “those cuts gave the economy a sugar high, but almost everyone thinks that effect will dissipate in 2019,” said Nakosteen — as well as all that turmoil on Wall Street.

Indeed, as of this writing, the S&P was in negative country after being up more than 8% for the year a few months ago — and there wasn’t much time left in 2018 to get onto the plus side.

Then there’s the workforce issue. While things are bad in this region in terms of employers finding good help (see related story, page 22), they’re much worse in other markets, including Boston, said Nakosteen.

“One of the things going on in this state is that we’re running out of workers, especially in the eastern part of the state,” he noted. “For the past 18 months, we’ve hired a lot of people, and no one’s quite sure where they’ve come from. And at some point, the labor-force constraint is going to be binding to our economy, and that’s going to slow things down; it’s going to be like squeezing a rock.”

But the biggest issue heading into 2019 is the one that’s fueling some of the problems listed above — growing uncertainty about the economy, the markets, jobs (GM announced plant closings and significant layoffs, for example), trade, and more.

This uncertainty generally leads to greater cautiousness, which manifests itself in several ways, said those we spoke with, starting with the obvious, such as slowdowns in home sales and other significant purchases.

Some signs are perhaps less obvious, such as the roller-coaster ride on Wall Street, said Petrick, adding that, when there is uncertainty, or no clear trends, the market becomes far more “news-driven,” as he called it, which manifests itself in wild swings, sometimes over the course of just a few hours, as news breaks.

“These big swings happen with the smallest provocation because people want to react to something,” he explained. “And whatever comes up on the news wire is what they’re reacting to.”

“That’s how we’re wired,” he said, adding that about the only thing that appears certain for 2019 is ongoing uncertainty.

“Business decisions, as well as household decisions, regarding big-expense items such as cars, appliances, and houses, depend in large part — not totally, but in large part — on expectations of the future: ‘am I going to lose my job?’ ‘Am I going to get a raise?’ ‘Is my product going to keep selling?’ ‘Are my suppliers going to be disrupted?’”

Like he said, in many cases, they will hold off on such purchases until there is more uncertainty.

And as things are looking now, it might be a pretty long wait.