A Hampden County Superior Court judge recently denied a motion to dismiss a lawsuit filed by Friendly’s co-founder S. Prestley Blake, which alleges misappropriation of corporate assets on the part of the company’s chairman, Donald Smith, and dereliction of duty on the part of the board of directors, who are now defendants in the suit. While the case could result in a recovery of some money by the company — with the emphasis on could — its bigger implications may eventually lie in the debate it stirs concerning boards, their responsibilities, and accountability.

That’s how Friendly Ice Cream Corp. General Counsel, Gregory Pastore, described S. Prestley Blake, who co-founded the company in 1935. The comment, included in a front-page Wall Street Journal article that appeared earlier this summer, was in reference to a suit filed by the 90-year-old Blake alleging self-dealing and other offenses on the part of Friendly’s Chairman Donald Smith, and general dereliction of duty on the part of board members in the matter of investigating those allegations.

The tilting at windmills reference struck a nerve with Blake’s attorney, James C. Donnelly, a partner with the Worcester-based firm Mirick, O’Connell, in this unusual and now quite public lawsuit. Rather than Quixotic, he describes Blake’s pursuit of restitution that could total tens of millions of dollars stemming from alleged misappropriation of corporate assets as responsible, and the board’s response to Blake’s various allegations as irresponsible.

That opinion would seem to have won a measure of validation when Hampden County Superior Court Judge John Agostini recently denied a motion filed by a committee of Friendly board members to dismiss the suit. In doing so, he chastised the board for what he called “lockstep loyalty” to Smith — whose investor group, TRC (The Restaurant Group), acquired Friendly in 1988 — and general ignorance of the company’s activities.

Referring to one long-time board member, Burt Manning, Agostini wrote, “his sworn statements … depict a director who is largely oblivious to his obligations as a director, as well as the nature of the challenged transactions at the crux of this case.”

Agostino had equally harsh language for board member Michael Daly, former CEO of Baystate Health. “Daly remained oblivious and failed to apprise himself of reasonable available, material facts regarding the transactions in question,” the judge wrote. “The record fails to show that Daly exercised meaningful oversight in any of these various capacities, for most of which he received compensation.”

Those comments — and the eventual course of this so-called shareholder derivative action — should be of interest to anyone who sits on a board or who asks individuals to serve on one, said Donnelly, adding that Agostini’s ruling effectively calls upon directors (especially those in question) to meet a higher standard of independence and involvement in company matters.

Meanwhile, Blake’s suit presents an intriguing test case for a state law passed in 2004 regarding dismissal of shareholder derivative actions. Chapter 156D of Mass. General Laws states that a corporation moving to dismiss such a suit shall make a written filing with the court complete with facts to show:

Upon reading the lines in Agostini’s ruling — and between them — it seems clear he believes the two-member special litigation committee formed to review the suit and gauge its worthiness, comprised of Daly and new director Perry Odak, was not independent and its inquiry was not reasonable.

Therefore, the case will go forward, said Donnelly, adding that with the judge’s ruling, Friendly’s must provide more documentation on a number of expenses paid by the company, including partial costs of a corporate jet. That burden was shared with another chain owned by TRC called Perkins Family Restaurants. It is Blake’s contention that, with regard to the jet and other expenses, including food for both chains purchased from another of TRC’s divisions, Friendly was effectively subsidizing Perkins, and thus enriching Smith, who owned a much larger stake in Perkins than he did in Friendly.

That’s a charge that Smith and Friendly have vigorously denied in court and in the press (Pastore did not return calls to BusinessWest).

This alleged subsidizing of Perkins and TRC has cost Wilbraham-based Friendly millions of dollars at a time when it has been struggling financially, said Donnelly, adding that Blake’s suit was filed to get that money back. And both he and his client believe the eventual gain by the company will exceed the large legal bills ($2 million and climbing) it will accrue while the case runs its course.

This issue, BusinessWest looks at the suit filed by Blake and what it could mean for Friendly’s, its shareholders, and all those who serve on corporate boards.

Donnelly told BusinessWest that Blake first approached him with concerns about Friendly’s and how it was being managed in early 2002.

Specifics of that meeting are confidential, he said, but the general message was that the famously frugal Blake had some questions about how much Friendly’s was paying for a corporate jet — and for Smith’s services, which Smith admitted were part-time.

That admission came in a private meeting between Blake and Smith several months earlier at the former’s home in Florida. Blake sought the meeting to discuss the plane and other issues, including Smith’s work load and compensation, and it represented a small part of the ongoing questioning and criticism of the company’s leadership lodged by the man who, with his brother Curtis, started the company with $547 borrowed from their parents.

The two ran the chain for nearly 45 years — making it a regional fixture in the process — before selling it to Hershey Food Corporation in 1979 for $164 million.

In 1988, TRC acquired the company and took it public in 1997. Blake bought a small number of shares at the IPO, but when the stock price plummeted to $2 in 2000, he bought $2 million worth, making him a principal stockholder with roughly 12% of the company.

And it was at this point that he started looking more deeply into the company’s finances and expenditures, and finding many things that he didn’t like, said Donnelly, adding that that Blake’s suit essentially has two components — the allegations of misappropriation of assets and the board’s inadequate (in Blake’s mind and also Agostini’s) response to those allegations.

It all started with the leased Learjet, said Donnelly, adding that Blake thought that expense unjustifiable for a company suffering losses and a depressed stock price. “It just didn’t seem appropriate,” he said. “Friendly’s didn’t really have any use for it, and jets are expensive.”

After doing some digging, Blake concluded that Friendly was paying more than its share — $3 million was its total bill — for limited use of the plane, and that the jet was primarily devoted to Smith’s personal use. Blake, through Donnelly, asked the board repeatedly to investigate the matter of the jet, Smith’s part-time status and $500,000 salary, and other matters. And when it did investigate, the board found nothing amiss, prompting Blake to file suit in Hampden County Superior Court.

That action motivated a second investigation by a board committee and a subsequent report that found that between 1988 and 2002, Friendly’s paid for 65 hours of flights on the jet that were either for Perkins business or Smith’s personal use; Smith eventually wrote Friendly a check for $65,323, and the problem was attributed to faulty bookkeeping.

But Blake didn’t stop with the plane.

He also called into question Friendly’s share of the expenses for an office Smith had in Illinois — again alleging that the company was footing too much of the bill for something it didn’t use or need — and also red-flagged food purchases for both Friendly’s and Perkins from another TRC division called Foxtail Foods.

After doing some digging, said Donnelly, Blake concluded that the joint-vendor arrangement that was created favored Perkins — at the expense of Friendly; an expert witness hired by Blake said food costs, relative to to revenue, were higher at Friendly, meaning that that it was not getting as good a deal as Perkins and was, in effect, subsidizing that company.

Blake eventually lodged other allegations, including a charge of favoritism to two of Smith’s sons, who operate Friendly franchises in Pennsylvania, in the form of a $112,500 fee refund, the largest the company has reportedly ever given to a franchise developer.

Collectively, the cases of alleged improper spending and favoritism could add up to millions of dollars in restitution, said Donnelly, and thus are well worth the company’s time and trouble to recover — an opinion not shared, apparently, by company executives or board members.

In fact, when asked about the potential financial gain for the company from the suit when weighed against the cost of the legal action, Donnelly said board members should be joining Blake in his action, not seeking to have the matter dismissed in court.

The fact that the board opted for that course of action — and have now been named as defendants in the case — means that the Blake suit may potentially make it a landmark action for corporate America, said Donnelly.

He told BusinessWest that the case is one of the most significant to date with regard to Chapter 156D, and now that board members are defendants, Blake’s action could break new ground when it comes to defining boards’ responsibilities and liabilities.

“This case is right in the mainstream of some of the important corporate cases that are taking place right now,” he said. “The fact of the matter is that these directors essentially ignored their responsibilities … they didn’t feel like they had to pay any attention to this.

“They felt comfortable just blindly supporting management and not asking the hard questions,” he continued. “And as far as I’m concerned, the danger to the Massachusetts economy and the national economy would be if directors can take the attitude that they just don’t care and still not be accountable.”

Donnelly said the case is already sparking debate regionally and nationally about boards, their responsibilities, relative independence — and how high the bar should be set. In denying the special litigation committee’s (SLC) request for dismissal, Agostini hints strongly that it should be set higher.

In determining that Daly was not to be considered independent, thus meaning the SLC itself was therefore not independent, the judge used Daly’s own words from his deposition to frame his point.

“When asked what precautions were taken in this case to make sure that the jet transactions were consistent with the market, Daly replied, ‘I don’t know. If you have confidence in your management — and I am not just speaking of Mr. Smith, I’m talking about the entire senior team — there is is no reason to question that the arrangements made were not in the best interest of the company, and I have such confidence in the management of this organization,” wrote Agostini, who noted in his ruling that Daly continued to have such confidence when he was functioning as an audit committee member investigating Blake’s charges.

“Daly’s belief that that there was no reason to question the propriety of the aircraft-cost-sharing arrangement,” he wrote, “even when tasked with investigating it … established that he was not able to evaluate Blake’s claims impartially, at least between 2002 and 2004, when he gave his testimony.”

Overall, Agnostini concluded that because Daly was “substantially and personally involved in the conduct challenged by Blake, he may face personal liability for breach of fiduciary duty as alleged in the proposed complaint.”

With that as a backdrop, the Blake case should merit considerable attention from board members and executives who nominate individuals for board posts, said Donnelly, who was reluctant to speculate on how the case may play itself out. The next stage is another round of discovery, he said, which may well determine future action.

What Donnelly does know, or believe, is that Blake shouldn’t be viewed as Don Quixote.

Rather, he should be seen as a champion of stockholders’ rights, he said, who is fighting a battle that should be waged.

Telehealth: A New Way to Access Care After Hours 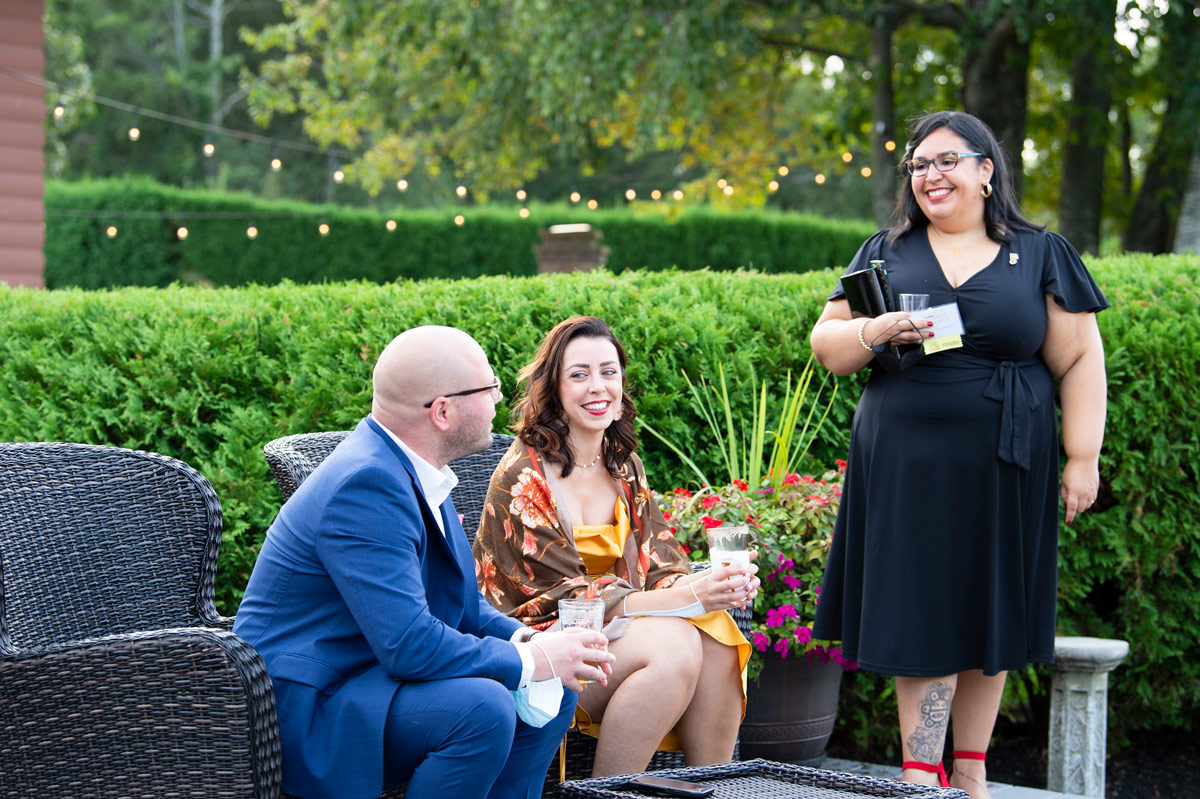 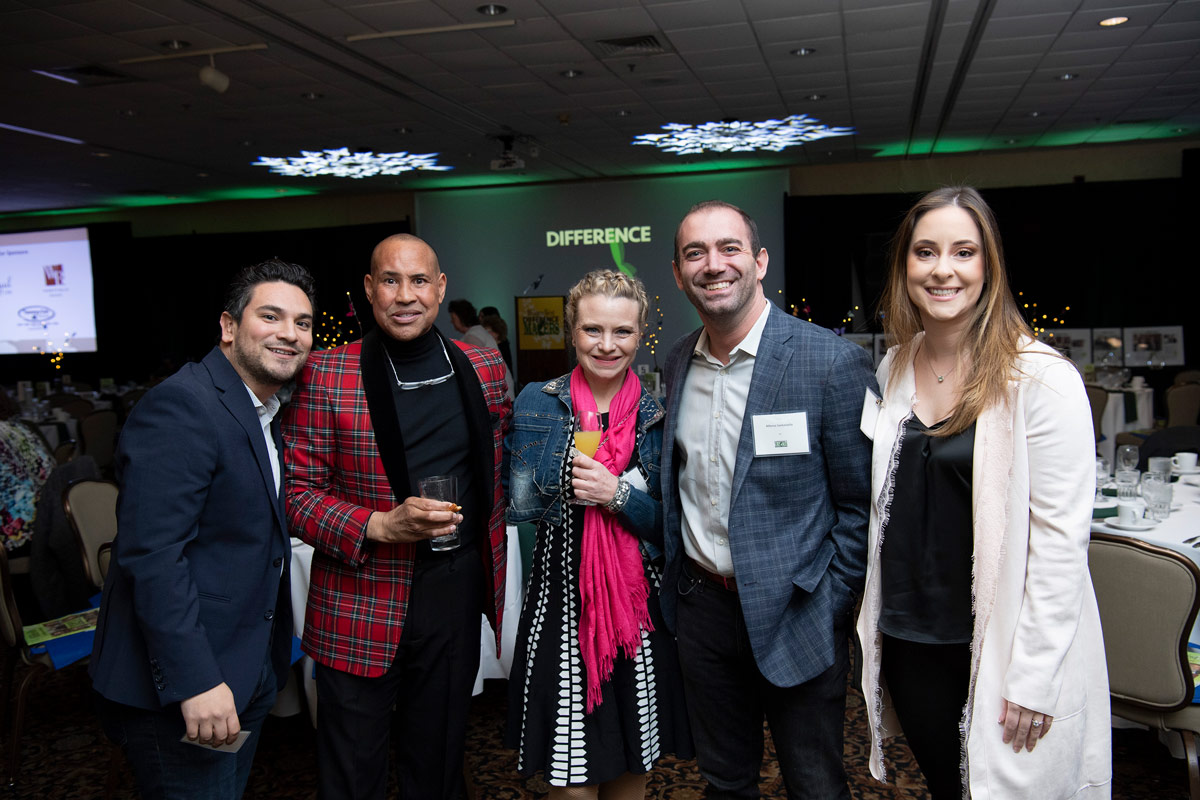 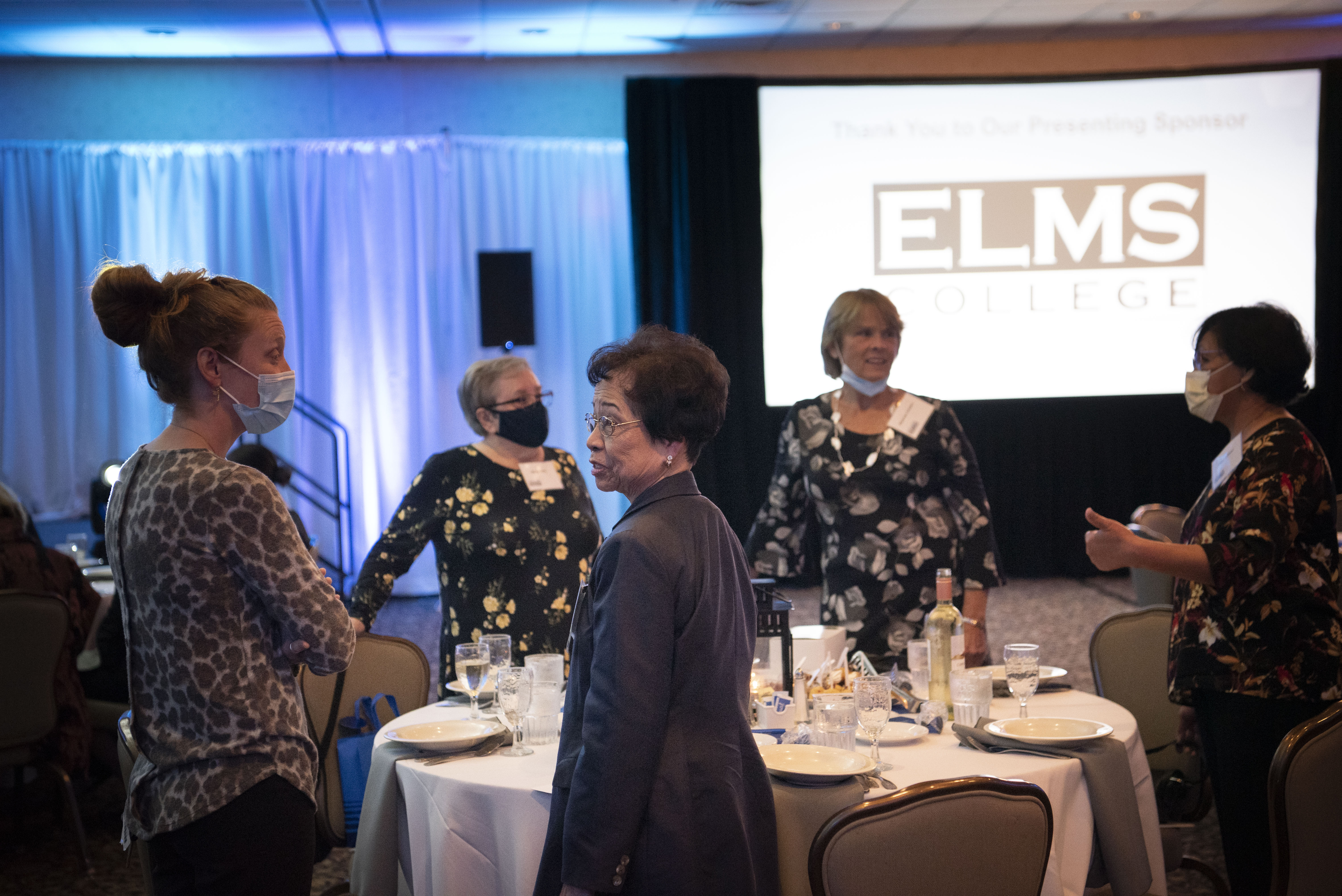 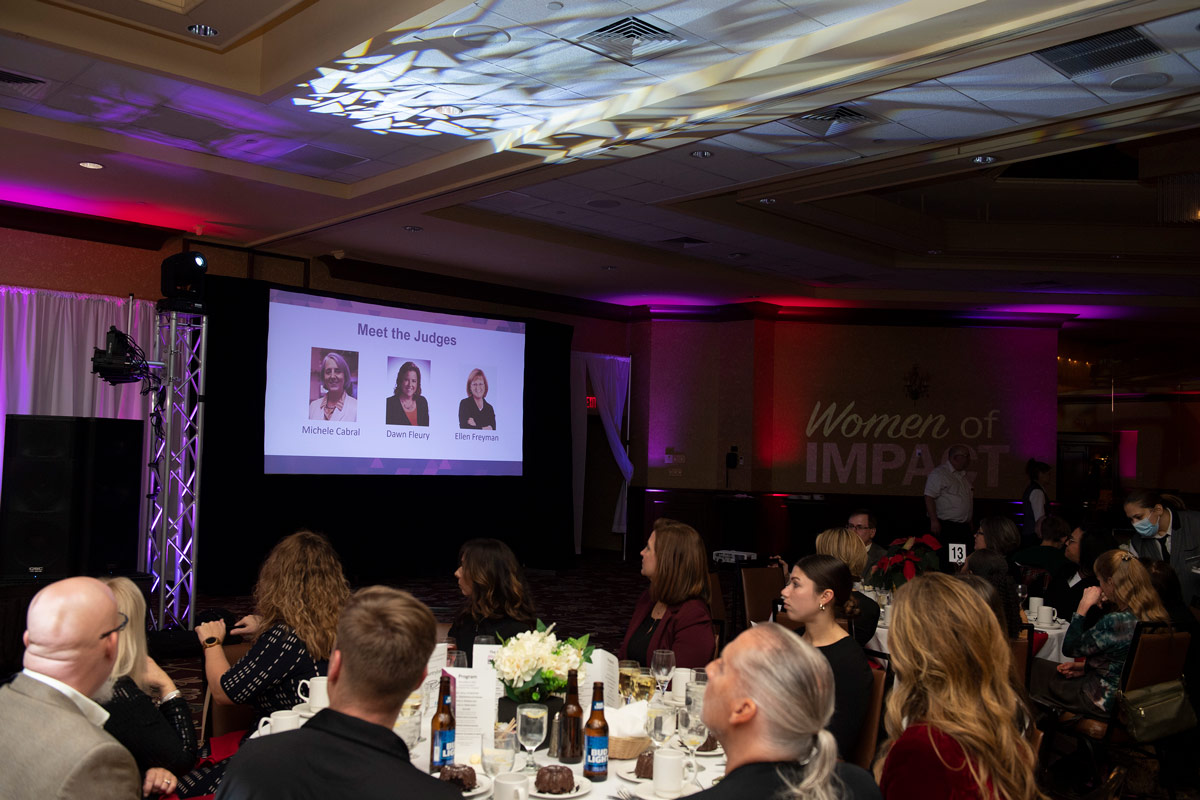