Many employers are struggling to roll out new policies and payroll practices that are compliant with the new Massachusetts Earned Sick Leave law by the July 1, 2015 effective date, which is fast approaching. 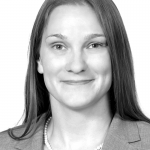 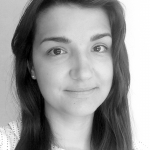 Last fall, Massachusetts voters passed a law mandating that employers provide up to 40 hours of sick leave per calendar year to their employees. Since then, employers have eagerly anticipated guidance from the Massachusetts Attorney General’s Office, which recently issued proposed regulations. Although the regulations clarify some aspects of this complex new law, ambiguities remain, and the regulations raise new questions and are subject to change after public comment. As public comment is open until June 10, the final regulations will not be issued until very close in time to the law’s effective date.

In light of this, as a compromise, Attorney General Maura Healey recently announced that employers who have a paid-time-off policy in existence as of May 1, 2015 that provides employees with at least 30 hours of paid time off during the calendar year 2015 will have until Jan. 1, 2016 to fully comply with the new law’s requirements.

In order to take advantage of this safe-harbor provision, employers must extend at least 30 hours of paid time off to all employees, and leave taken between July 1, 2015 and Dec. 31, 2015 must be job-protected and subject to the law’s non-retaliation and non-interference provisions. This means that, under the safe-harbor provision, employers would likely have to provide at least some part-time, temporary, and seasonal employees with more sick leave than they would otherwise accrue under the new law.

Consequently, practically speaking, this safe-harbor provision could potentially prove to be more costly for those employers with a significant portion of their workforce employed on a part-time, temporary, or seasonable basis.

The purposes for which employees may use sick leave are similarly broad. An employee may use sick time to care for his or her own physical or mental illness, injury, or medical condition, or to attend routine medical appointments. An employee may also take sick time to care for or attend medical appointments with his or her child, spouse, parent, or parent of a spouse. In addition, sick time may be used to address the psychological, physical, or legal effects of domestic violence committed against the employee or his or her dependent child.

When the need to take leave is foreseeable, employers may require up to seven days’ advance notice; for unforeseeable leave, employees must give notice as soon as practicable. Medical documentation supporting the need for sick leave may be required only after an employee has been absent for at least 24 consecutive work hours (for example, three eight-hour days).

The accrual rate of sick time under this new law is proving to be administratively challenging, baffling employers and payroll companies alike. Specifically, an employee accrues one hour of sick time for every 30 hours worked. For purposes of accrual, exempt employees are assumed to work 40 hours per week, unless their job specifies fewer. Although new employees begin to accrue sick time on their date of hire, they cannot use it until they have been employed for at least 90 days. Current employees begin to earn sick leave on the day the law goes into effect and are likewise not able to use it until they have been employed for 90 days. An employee may carry over up to 40 hours of accrued but unused sick leave from one year to the next. Unlike accrued vacation time, accrued sick time does not have to be paid to an employee upon separation.

Some of the provisions of the proposed regulations brought welcome news. For instance, during the transition year, employers are not required to provide more than 40 hours of paid sick leave, and any paid time off taken prior to July 1, 2015 will be credited. In addition, employers may substitute their vacation or other paid time off (PTO) policies if certain requirements are met. Also, as an administrative relief for some employers, for purposes of tracking sick-leave use and accrual, employers may select any consecutive 12-month period (i.e. calendar year, fiscal year, the year running from an employee’s anniversary date of employment).

Additionally, an employee may be required to verify in writing that he or she has used sick leave for an allowable purpose under the law after any absence. Further, where an employee’s absence from work requires his or her employer to hire a replacement, the employer may require the employee to use up to a full shift of earned sick time. In all other cases, sick-leave use must be tracked by no greater than one-hour increments.

Notably, under the proposed regulations, employees committing fraud or abusing sick leave or exhibiting a clear pattern of taking leave on days when the employee is scheduled to perform duties perceived as undesirable may be disciplined. Because there are explicit prohibitions on retaliating against employees for taking sick leave, employers would be wise to consult with employment counsel before disciplining employees based on abuse of sick leave.

In the same vein, per the proposed regulations, attendance policies that reward employees for good attendance are permissible so long as employees who exercise their rights under this law are not subject to any adverse action. Further, employers may choose to offer a payout of up to 40 hours of unused sick leave at the end of the calendar year, as long as the employee is provided at least 16 hours of sick leave at the beginning of the new calendar year.

In light of this new law, employers will need to revise their current vacation or paid-time-off policies or create a separate sick-time policy to ensure compliance with the law.

Your Customers Have Gone Mobile 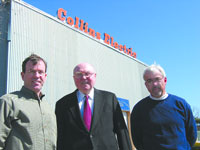