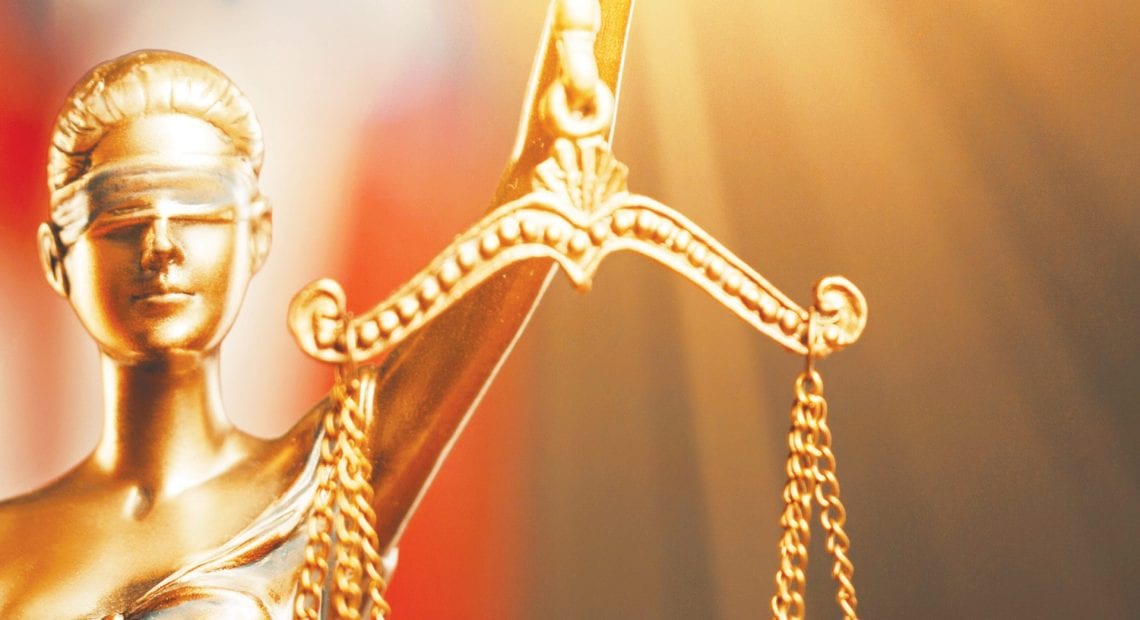 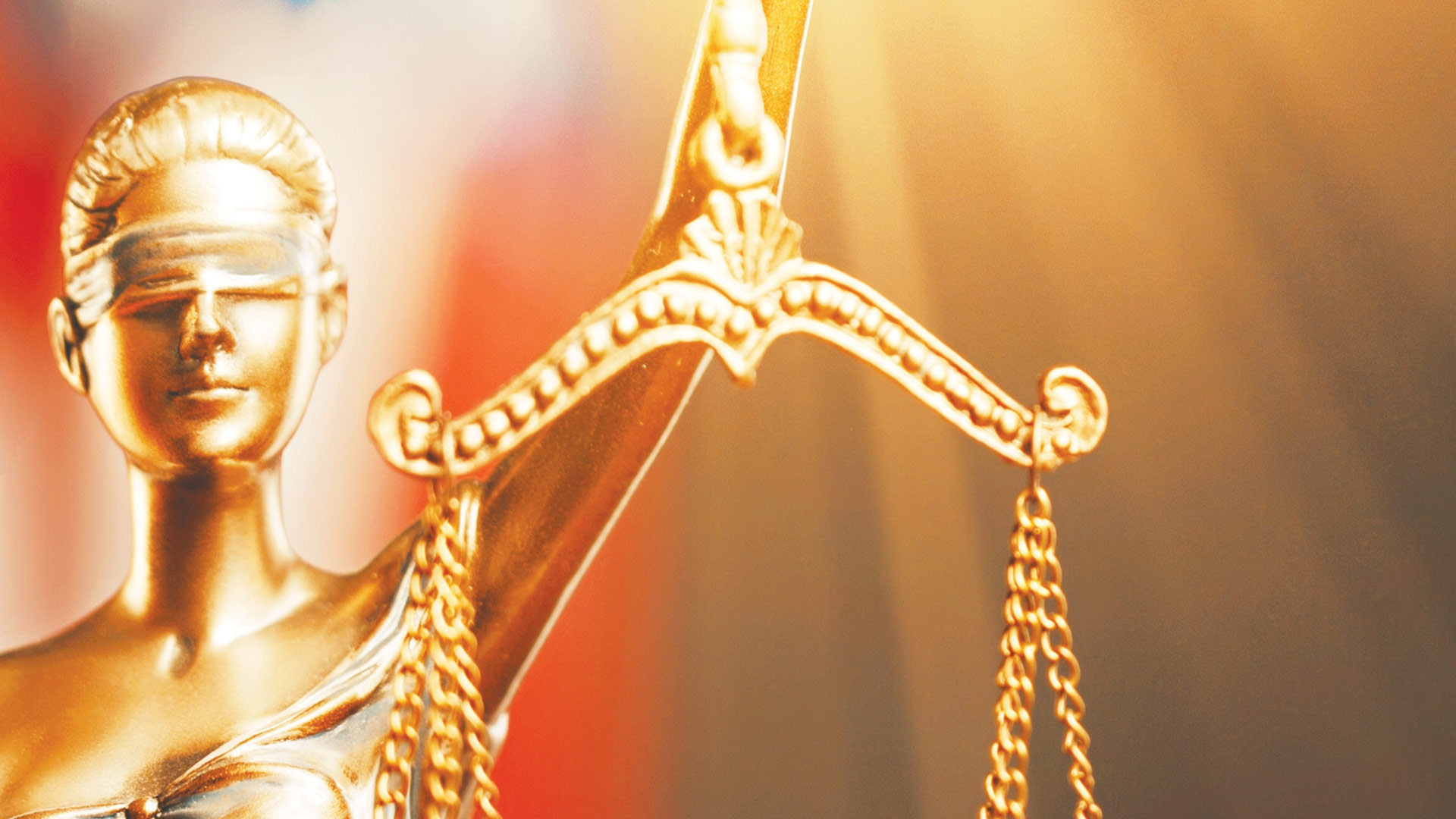 Last week, Western New England University School of Law graduated its latest class, all of them surely thinking about the road ahead — specifically, the bar exam and the planned first stops on their career paths. But they’re also reflecting on long-term goals and the experiences and mindsets that have shaped those ambitions, in a field of law as broad and diverse as it is challenging. BusinessWest spoke with four of them to put a face — several, actually — on the WNEU Law class of 2019.

Stand Up and Represent

Sometimes, a work experience is more than that, because it sparks a passion. For Kate Malone, she found that passion interning for the Committee for Public Counsel Services (CPCS), a public-defense organization, in Northampton.

“I really admired the attorneys I worked with and the people who put such effort and compassion into what they do every day, regardless of the client,” she said. “I really like being in that role — even when the facts are against me, I like being able to stand up and represent somebody.”

An interest in work that serves the public interest wasn’t new for Malone, but she had been searching for the right role.

“I initially wanted to find some way to use my degree working in the community, and I started doing work in the immigration clinics,” she said, noting that, during her first summer away from WNEU, she traveled to Guatemala to learn Spanish in an immersion program, then came back and split time between school and the public-defense work.

“I’ve always found a way to relate to people I serve and trying to find ways to give them not only a great defense, but the best opportunities going forward.”

There was a time when Malone had envisioned herself across the aisle, in a prosecutor’s role, especially during her undergraduate years at Smith College, when she interned in the Victim/Witness Unit of the Northwestern District Attorney’s office. “I knew that I wanted to be a trial lawyer after spending my summer in court with the victim witness advocates,” she said, adding, however, that her work with CPCS led her in a different direction. She did credit the DA’s office, however, with lending her the sensitivity she finds necessary for her work as a public defender.

“I developed a passion for public defense after observing the challenges people accused of crime often face that I did not fully appreciate before,” she went on. “The issues that my clients experience — namely, poverty, substance-use issues, and mental-health disorders — often contribute to them cycling in and out of court.”

As for her immediate plans, Malone will continue working for CPCS — and helping to fill what she sees as a desperate need for public defenders. “I’m happy to be joining CPCS to help fill that gap, and also helping serve the people in the community I grew up in,” she noted. 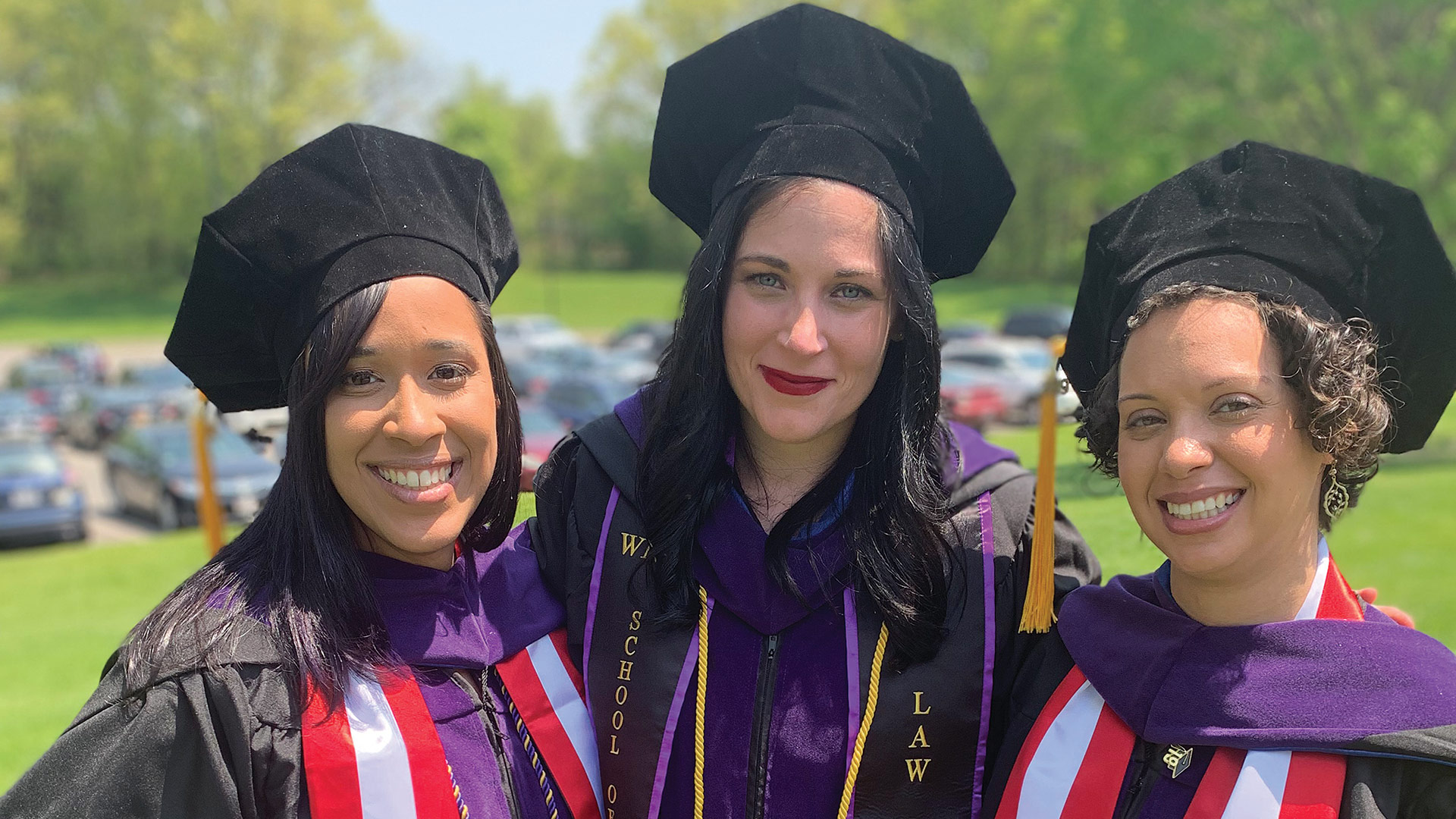 “I’ve always found a way to relate to people I serve and trying to find ways to give them not only a great defense, but the best opportunities going forward,” she went on. “The way their cases get resolved matters — it has an impact I’d never even considered before law school.”

Emily Eash entered law school with an interest following in the footsteps of her aunt, who operates an estate-planning practice. But she soon stumbled across a different passion — although ‘passion’ might not be the first word most people would use to desribe it.

That field is tax law.

“When I took my first tax course — it wasn’t required, but I was curious — I was hooked, and I wanted to take all the tax courses they had to offer,” Eash said.

She found out she was good at it, too, placing second in the Young Lawyers Tax Challenge, a national annual competition, held in New Orleans this past January. “I was already interested in tax law, and that cemented that I was fairly decent at what I do.”

“Tax is always a puzzle; there are moving parts and different ways you can create a plan or figure out the puzzle to best suit a client’s needs and wants.”

It helps that she considers the wonkier aspects of the discipline, well, kind of fun.

“Tax is always a puzzle; there are moving parts and different ways you can create a plan or figure out the puzzle to best suit a client’s needs and wants. To get the best outcomes, it takes a lot of moving pieces and interacting with the client to help them achieve their goals.”

Eash isn’t sure where her first landing spot will be — she’s still interviewing for jobs, and would like to land in a small to medium-sized firm to start out — but she’s been impressed by the sheer range of opportunities, both in the tax-law discipline and across the legal realm in general.

“Some of my friends knew exactly what they wanted to do and stayed on that track,” she said. “Others, like me, were thinking they’d do something else and found a different branch off the main tree.”

One thing many young lawyers have in common is a desire to help people, and they don’t wait until they’re out of school to do it.

“I’ve done a clinic with the Housing Court in Springfield, and that’s been very gratifying, helping people access the system. Well, it’s not so much helping them, but giving them the tools they need to access the system and have a fair outcome,” Eash said. “That’s been really nice — I’ve been in the Housing Court for seven months, and it’s been a very fulfilling experience, with a lot of courtroom time and client triage.” 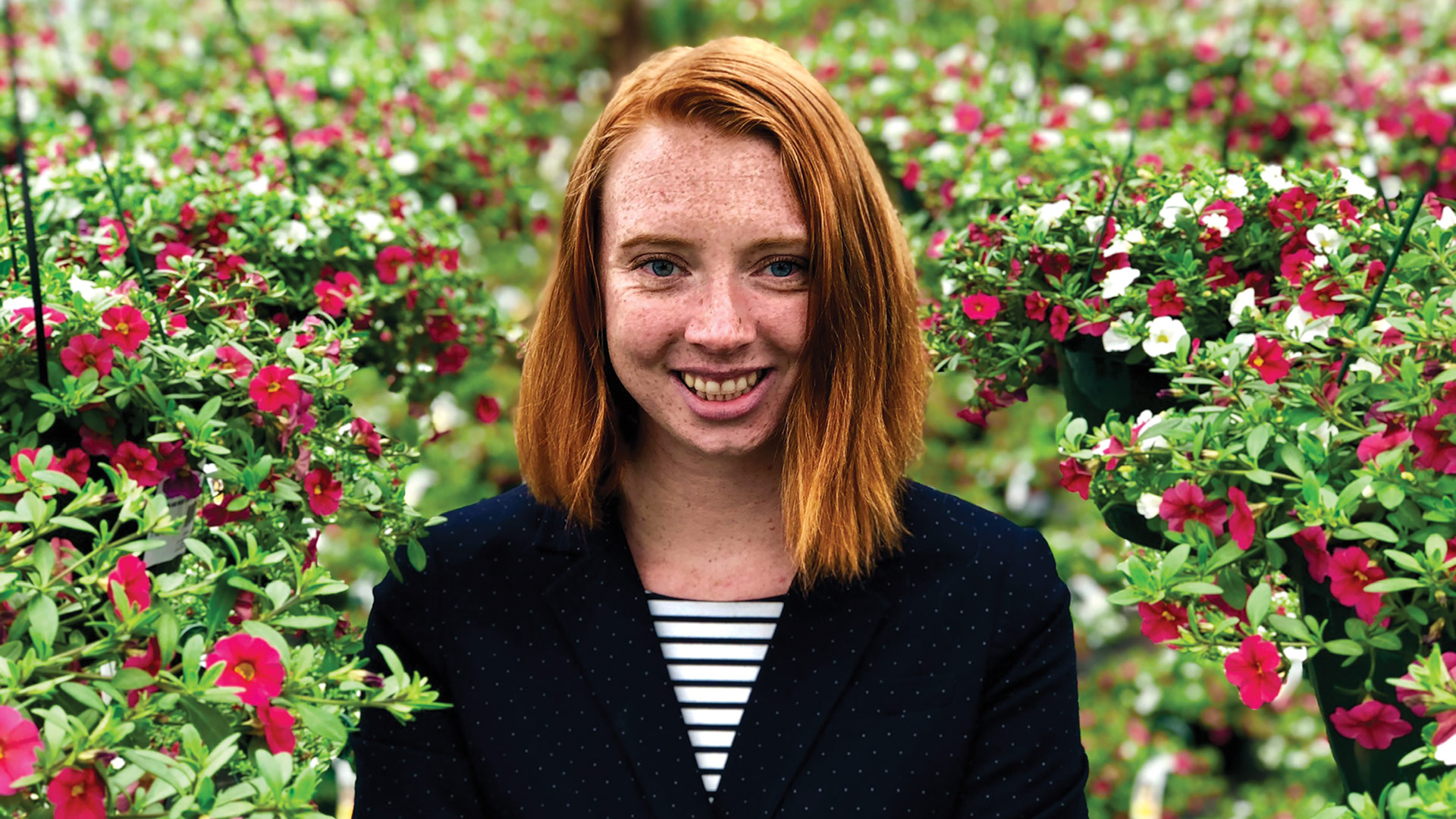 Emily Eash was surprised at how much she enjoyed her first tax-law course — then turned it into a potential career.

From that perspective, the entire field of law may be seen as a series of puzzles to solve — not just intellectual exercises, but challenges with real stakes, and an opportunity to make a difference.

Zac Broughton is a bit of Renaissance man when it comes to the law. At least, he’d like to be.

“I think my favorite part about law is that I don’t have to stay with one thing for the rest of my life,” he said. “As law continues to evolve over time — with new technology, new situations, new philosophical debates to participate in — my desire is to be part of that conversation in whatever area of the law I’m working in.”

Broughton, who will be clerking at Connecticut Appellate Court later this year, honed his multi-faceted approach as editor in chief of the Western New England Law Review.

“I loved working through different areas of the law, but also helping other people find their voice to help advance one area of the law or another — and inspiring my staff and reminding them that we’re stewards of the law, and they should help advance it any way they can. What’s the next legal challenge we can help the legal world solve with the piece we were publishing?”

Broughton has dreams of running for public office someday — or at least being involved in the political scene — but he also wants to work in the public sector with underprivileged populations, particularly individuals with disabilities. That’s a passion that started in his undergraduate years at UMass Amherst — specifically, in the Pi Kappa Phi fraternity, which runs an organization called the Ability Experience, whose purpose is to raise money for people with disabilities. 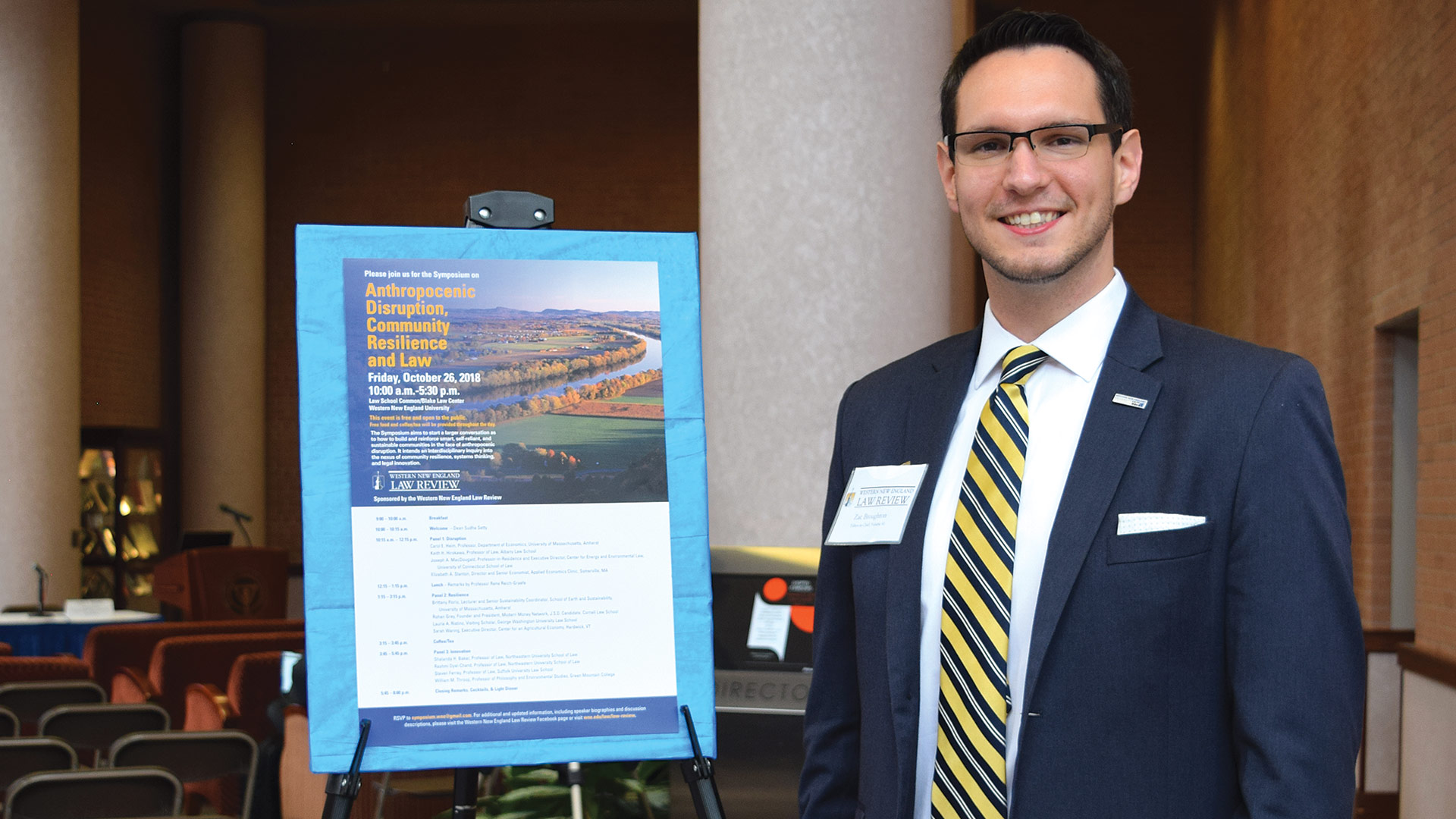 Zac Broughton says he’s excited to explore myriad areas of the law — and perhaps run for political office — during his career.

That’s a lot of goals, but there’s nothing wrong with exploring myriad paths in the law, he said. “To say I’ve settled on one area of the law right now is not true. But that means every day, I go to work excited and interested in what comes next.”

Broughton understands that a law degree doesn’t have to mean working in what people might consider traditional legal settings. For instance, at UMass, he earned a master’s degree in higher education administration, and can envision himself someday working in the higher-ed field.

“Today, there’s a host of outside things impacting how higher education operates in law, such as funding Title IX; it’s an incredible time to be working on a college campus and seeing how that intersects with the law.”

In short, it’s good to have options.

“I still want to run for office; I want to work in government,” he said. “It’s all interesting to me.”

A Passion on Hold

Sara Idris was on the cusp of middle school when 9/11 changed the complexion of the country, in many ways for the worse.

“Soon after that, the Patriot Act came out, and I was hearing about these people imprisoned at Guantanamo Bay without cause,” she recalled. I wrote a lot of research papers on that, and it became my passion to go to law school and get justice for people who can’t get justice for themselves.”

As a student of Pakistani descent, she was sometimes harassed in school in the coming years, but the perpetrators were never disciplined, which further solidified her resolve to be an advocate for victims of persecution — or worse.

“I knew the injustice done to me wasn’t on the level done to people all over the world, and I saw a future for myself in human-rights law.”

She’s not sure when that future will arrive, however. As she works to finish her education — she has one class left to finish and will take the bar exam in February — she continues to work as a form filing specialist at a local intellectual-property law firm. 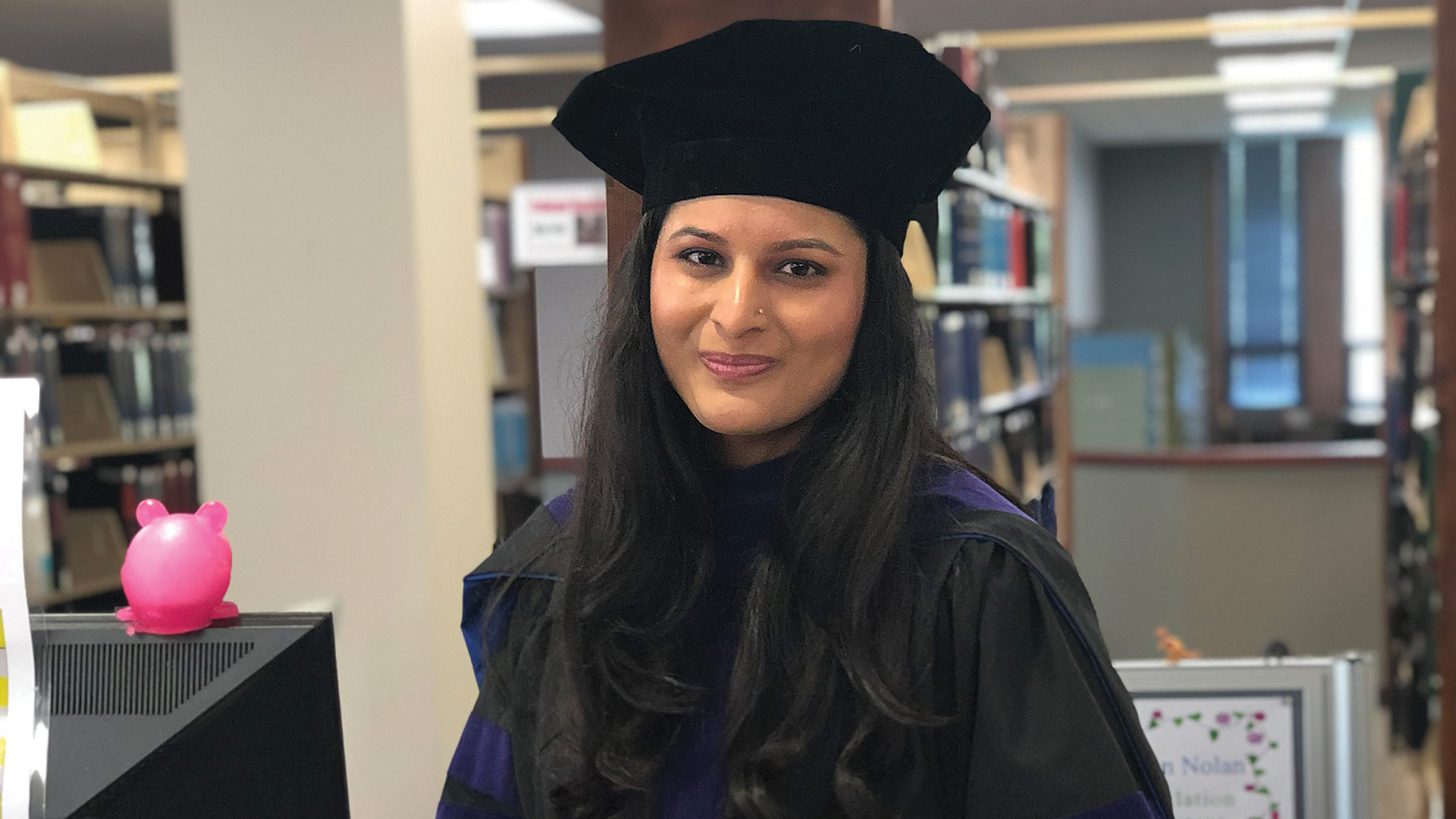 Sara Idris says it can be difficult to match one’s passions to financial realities coming out of law school, but she intends to reach her goal of advocating for victims of social injustice.

“I really enjoy this, and I can see myself working here long-term,” she said. “I have a passion for public interest, but given the amount of loans I have, I don’t know if I can risk working in public interest for the next 10 years at a salary that’s probably lower than I’m making now.”

But Idris and her fiancé have a career plan that involves methodically paying off those loans and perhaps navigating her law career toward the issues she’s most passionate about.

She also realizes that a juris doctor degree doesn’t necessarily mean taking the title of lawyer at all. In fact, many law-school students enroll in order to use the JD to move up in the worlds of education, business, finance, nonprofit management, journalism — the possibilities are endless.

“I spoke with my supervisor here, and she talked to me about how other people have moved up in different departments not working as lawyers, but utilizing the skills they’ve learned in other ways.”

That’s one value of the degree, she went on. “While I want to practice law, I don’t necessarily have to.”

Still, it’s not hard to imagine Idris, down the road, standing up, as she put it, for people struggling to defend themselves against all manner of injustice, and could use a passionate advocate.