To Serve and Protect

Nathan Agencies Have a Host of Client Needs Covered 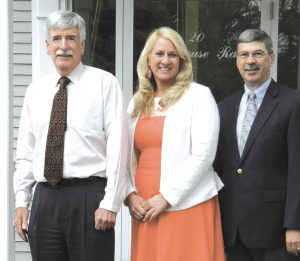 Ron Nathan says many people think they are secure, while others don’t worry about their financial futures in the event of a calamity. But the first assumption can be erroneous, and the second approach can result in financial devastation.
“I’ve grown up seeing a lot of people who are totally unprepared for a catastrophic situation, like a death in their family,” he told BusinessWest. “Others save for something specific, such as their children’s college education, but don’t think about their own retirement because they are so focused on one goal. Then, when it comes time to retire, they realize they never planned for their own future.”
Thus, he has dedicated his life to preventing such scenarios from becoming reality, and is proud that the Nathan Agencies in Amherst, which began as a small firm 45 years ago, have grown steadily over the years, offering one-stop shopping to meet people’s insurance and financial-planning needs.
Three companies — Amherst Financial Services, Amherst Insurance Agency Inc., and Andrew Paddock Insurance Agency Inc. — make their home under the agencies’ umbrella on 20 Gatehouse Road and have well-educated employees who strive to help clients plan for and protect their financial futures. Together, they offer comprehensive services and products that range from financial planning, investments, and estate planning to life insurance; long-term-care insurance; auto and home insurance; renter’s insurance; business, health, and disability insurance; and other forms of commercial insurance.
Nathan said many clients do all their business under the umbrella, but others have policies with different agencies or have their own financial advisors. But his passion for helping people has no boundaries, and if he discovers they don’t have adequate coverage, he makes them aware of what they need, then advises them to call their own agent.
“You need to look out for people’s best interests and help them,” Nathan said, adding that he is concerned that schools don’t provide young people with the education they need to manage their finances, “never mind how to invest money. And it’s so important.”
Nathan said exceptional customer service is the foundation of his firm’s success and accounts for the extensive number of awards it has received. “We go above and beyond and do things such as assisting people with insurance appeals to avoid a surcharge,” he said, as he spoke about services provided following an auto accident.
Anna Holhut agrees that clients need help whenever they suffer a loss. She worked for Nathan for decades before she and Glenn Allan purchased Amherst Insurance Agency from him in 2012. “We’re not related to Ron, but we still run it like a family business,” she told BusinessWest.
She recalled going to the scene of a house fire immediately after receiving a call from the building inspector. The homeowner had given him her name and number as he was readied for transport to the hospital via ambulance.
After leaving the house, Holhut visited him in the hospital. “I wanted him to know that his pets were in good hands as well as how he could get back into the house,” she said. “When there is a loss or problem, we really come to the plate.”

Growing Enterprise
In 1969, Nathan founded the Nathan Agency. He had moved to Western Mass at age 21, was selling life insurance to college graduates and graduate students at UMass Amherst, and liked the area.
At the time, the young agent faced significant competition, but he worked four nights a week as well as during the day, which soon led to success.
In the early years, life insurance was his primary product, but by the ’70s, Nathan had begun to expand his product lines. As a result, the firm experienced steady growth, and in 1978, he moved from Pray Street in Amherst to his company’s current location.
A year later, when the owner of Amherst Insurance and Real Estate Agencies became ill and left town, he purchased that business and changed his company name to the Nathan Agencies.
Although he had earned his stockbroker’s license at age 23, it wasn’t much use to him at the beginning of his career, as the college students to whom he sold life-insurance policies did not have money to invest. But after the move to Gatehouse Road, Nathan began thinking long-term.
“I envisioned creating a one-stop shopping place where people could get competent professional help in all areas of insurance and financial planning,” he said.
To that end, he persuaded an attorney to move into the building, and in 1987, he earned a degree as a chartered financial consultant from the American College of Financial Services.
In 2001, the Nathan Agencies expanded again when the Andrew Paddock Insurance Agency Inc. moved into its building. The expansion came about as a result of relationships Andrew’s son, Dean Paddock, had formed with Nathan, Holhut, and Allan. “I had taken over my father’s business in 1990 when he retired, and in 2001, I decided to move the business from Hadley and join Ron, Anna, and Glenn,” Paddock explained.
Today, even though Nathan has realized his dream and is proud that Nathan Agencies offers a wide array of products and services, he still focuses considerable energy on the product he started with — life insurance.
“It should be part of everyone’s financial planning, but many stockbrokers and people with investment backgrounds don’t believe in it or really understand life insurance and its benefits,” he explained. “But people need to have a lot of things in place to be secure — an attorney, a will, guardians for their children, and insurance coverage for their mortgage if they die.
“They also need to think about disability insurance, and, as they get older, they should think about long-term-care insurance,” he went on. “And if they accumulate wealth, they need to make sure they have proper liability in their auto and homeowners’ policies because, if someone sues you after an auto accident or after they slip and fall in your home, you could lose all your assets.”
The trust he has built with clients, a hallmark of the Nathan Agencies, is reflected in relationships formed by employees in all three companies. The businesses continue to grow, and Nathan attributes part of this success to the fact that his broad enterprise is family owned.
“Many family-owned auto and homeowners’ insurance companies have been purchased by other firms and become more of a retail business,” he noted. “But I believe very strongly in personal service, which started with the fact that I grew up in the life-insurance business and brought the same concepts I used with those clients into the property and casualty agency.”
Today, his continued focus on educating and protecting people has made him concerned about people who purchase insurance via the Internet.
“I don’t think it’s necessarily by choice or because they want to,” he told BusinessWest. “It’s because they don’t know where to go, and, as a result, an enormous segment of the population is not getting any financial planning advice or help with insurance.
“But we are a source for that,” he continued. “We have developed trust on both sides of the agency, and because most of our staff has been here for so long, they have had the opportunity to grow in the direction they enjoy the most, and are experts in their field.”

Community Service
Nathan has seen many people suffer as a result of their failure to protect themselves financially.
“So we try to protect people on all sides; the whole concept of our agency is a one-stop place to shop,” he reiterated, adding, “I started from scratch and was the smallest agency in Amherst. Today, we are not the largest property and casualty agency, but between both sides of our business, we do as much business as anyone in the Pioneer Valley.”

Vans with a Plan 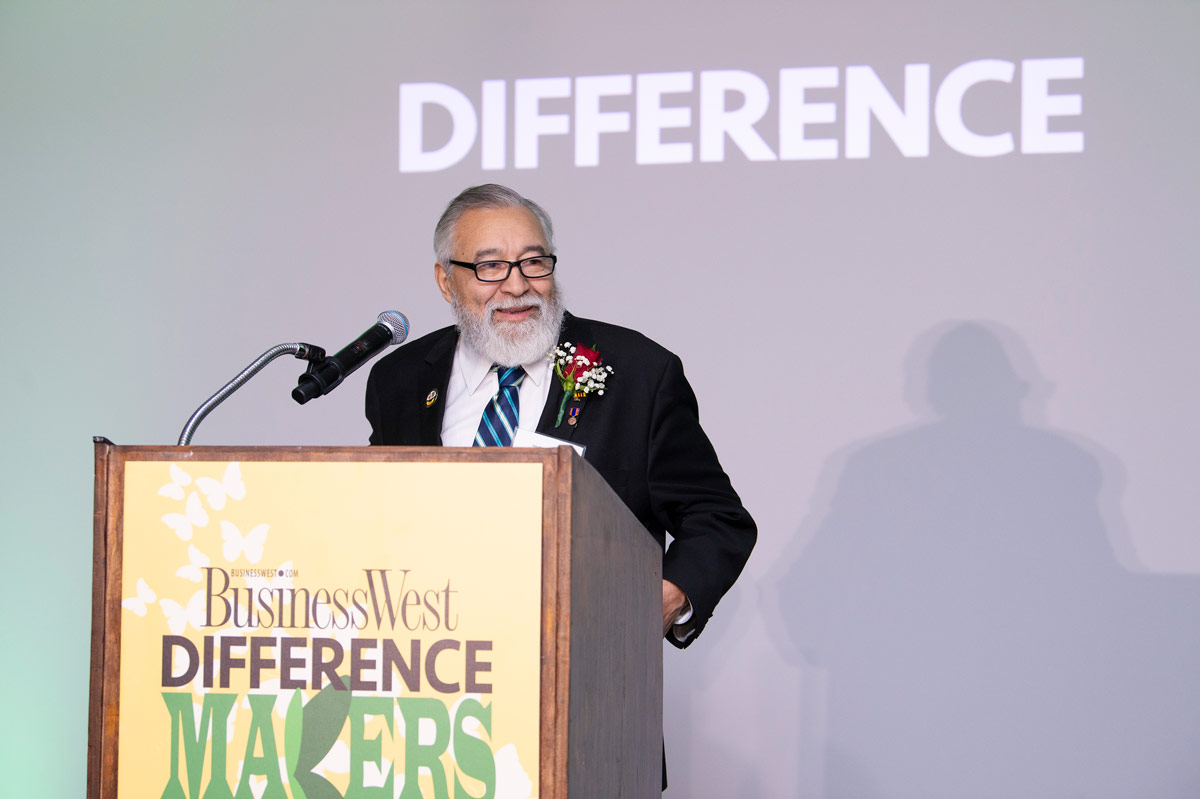 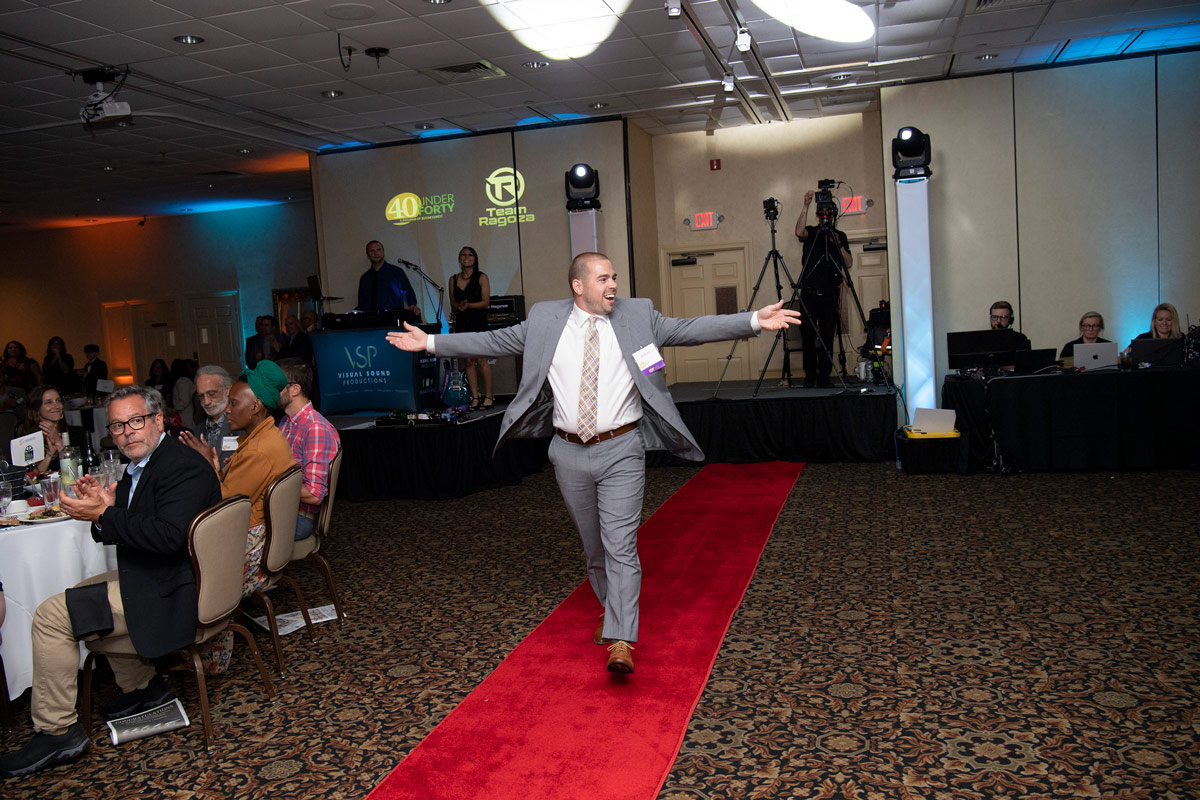