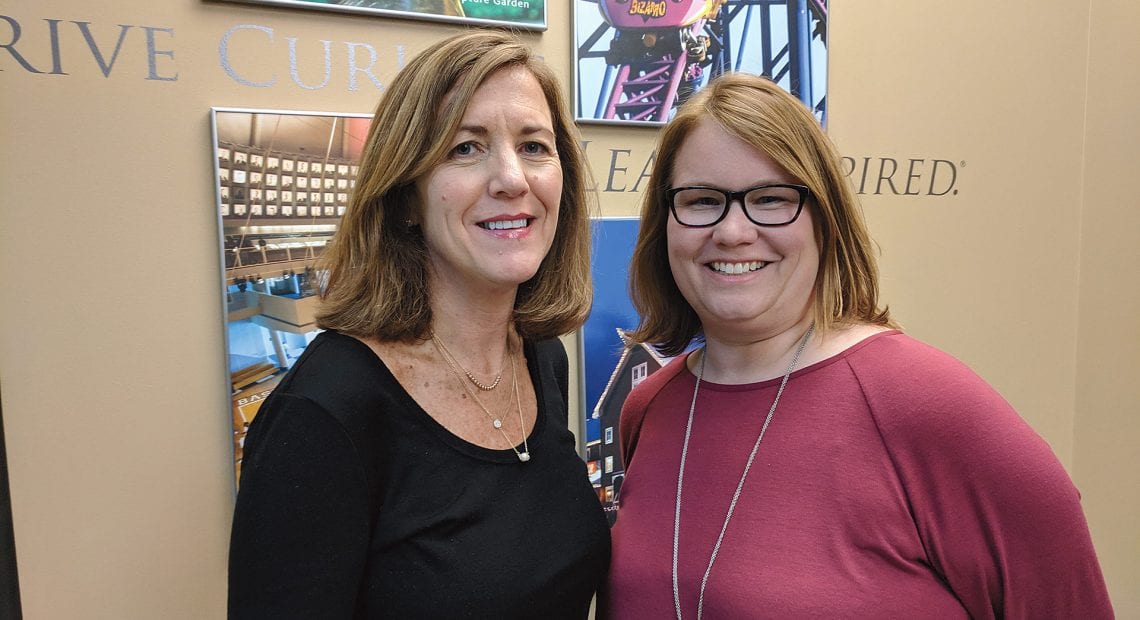 Rolling Out the Welcome Mat 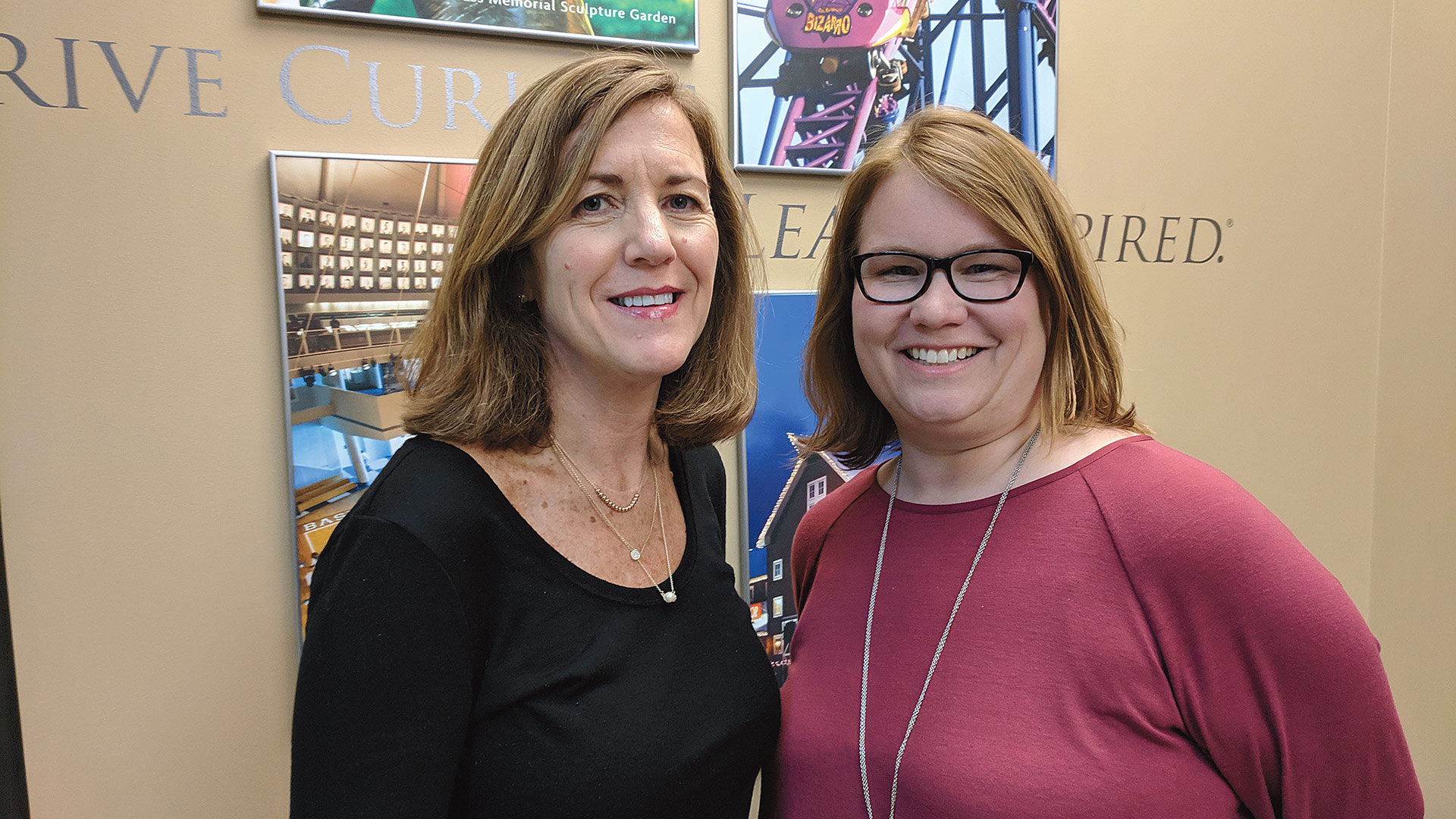 Mary Kay Wydra (left) and Alicia Szenda say the GSCVB works closely with area hotels as part of efforts to draw conventions and other events to Greater Springfield.

There’s more than one way to look at a number. That’s especially true when it comes to hotel occupancy rates.

Take Greater Springfield’s occupancy rates through the last six months of 2018. At almost 67%, they’re 5% higher than they were over the same period in 2017.

That’s good news on its own, but especially positive when considering the capacity added over the past 18 months, from Holiday Inn Express on State Street in Springfield to Fairfield Inn & Suites in Holyoke; from Tru by Hilton in Chicopee to, of course, the hotel at MGM Springfield, the resort casino which is perhaps the region’s top tourism development in decades.

“The fact that we added inventory and we’re still able to grow rate and grow occupancy is a really good thing,” she noted. “In analyzing that, a lot of it is the MGM factor, and it’s conservative because MGM didn’t open until the end of August. We don’t even have a full year’s picture of them being fully operational, but in just those four months, it’s helped.

“And by charging a higher rate for their rooms,” she added, “it allows everyone else in the marketplace to go up a little bit, which from our perspective is really good because, before they got here, we weren’t moving that needle.”

“The fact that we added inventory and we’re still able to grow rate and grow occupancy is a really good thing. In analyzing that, a lot of it is the MGM factor, and it’s conservative because MGM didn’t open until the end of August. We don’t even have a full year’s picture of them being fully operational, but in just those four months, it’s helped.”

But MGM is just one factor in drawing visitors to the region and increasing demand for hotel rooms. In fact, the relationship between hotels, tourist attractions, convention business, leisure travel, and a host of economic benefits that follow in wake of all that is the result of a coordinated dance between the various players — a dance that has continues to pick up the tempo.

Go for the Juggler

Greater Springfield still runs slightly below the national average in hotel occupancy rate — 63.6%, to be exact, compared to 66.2% nationally. And it doesn’t compare to a city like Boston, which hovers around 79% occupancy.

“Remember, hotels serve the leisure traveler, conventions, bus tours, corporate travel, and also having businesses surrounding you. Boston has growth from the companies being built. It’s not all tourism. It’s business travel as well,” Wydra said. “There’s clearly corporate travel in our area too, probably not to the extent that a major city like Boston has. We’re more focused on other things: the conventions, the leisure, the bus tours, sports.”

The GSCVB has, indeed, seen an uptick in conventions in recent years, and believes MGM is just one more perk to draw in convention groups looking for a vibrant scene, which Western Mass. offers, especially during the summer. 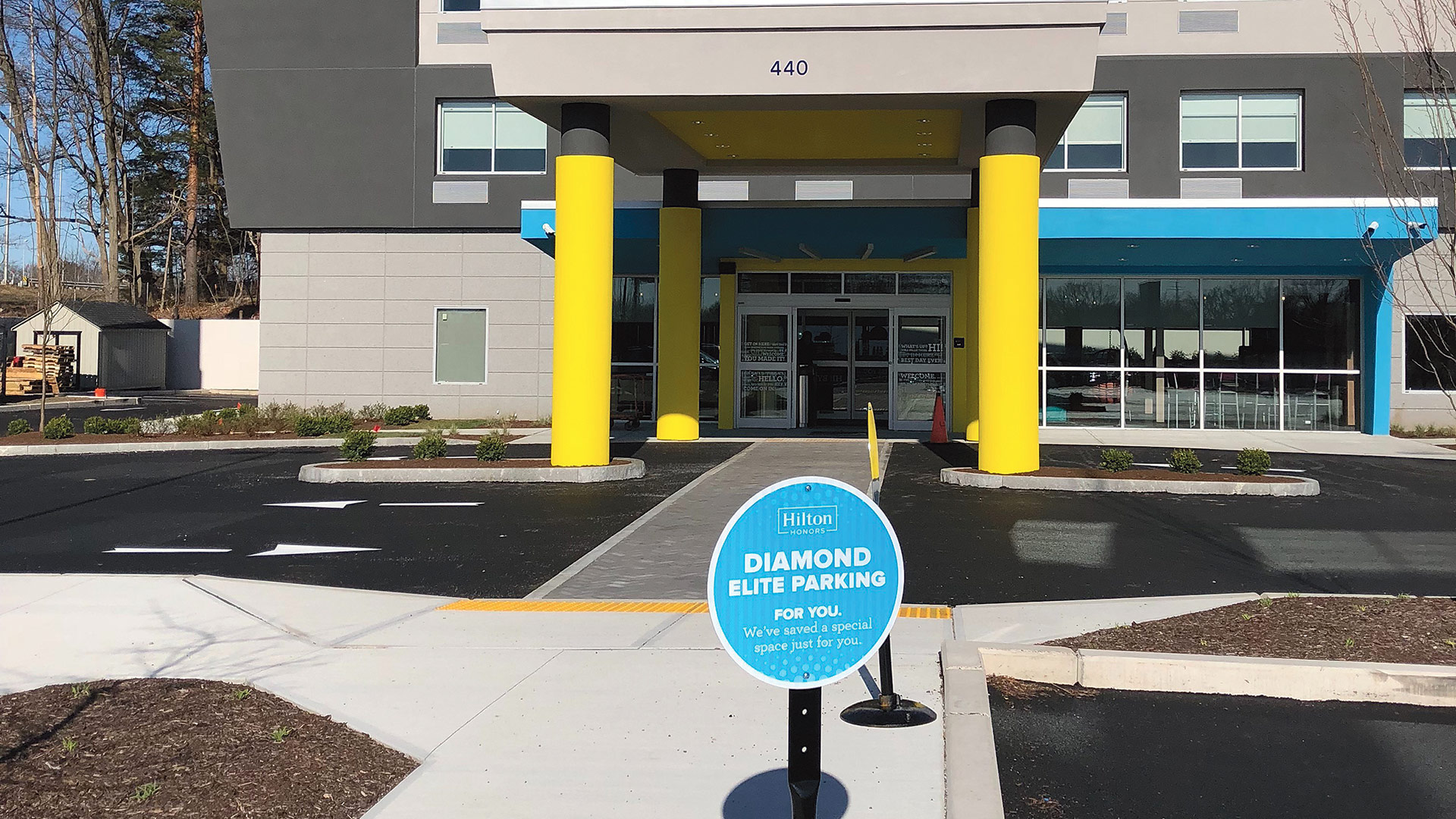 The new Tru by Hilton in Chicopee is one of several hotels that have recently opened in the region.

“You’ll see that with some of the national conventions we work with,” said Alicia Szenda, director of Sales for the GSVCB. “We’ve hosted the National Square Dance Convention, the International Jugglers Association … those events take place in the summer, and people participate in them not for their job, but for their leisure activities, their hobbies, so they look forward to that week every summer, and that’s their family vacation.

“So they’re here,” she went on, “and they’re participating in educational seminars and shows and the dancing or whatever it is, but they’re also going to Six Flags, they’re going to Yankee Candle, they’re going to the museums, and doing some sightseeing while they’re here. A lot of the conventions we work with build that social component into their event schedules, so people get to experience the area they’re in. So the more attractions we have, the more variety of hotels, the more attractive we are to different groups.”

And a dynamic hotel scene is, indeed, a key element, which is Wydra is happy to see new names on the scene and planned renovations as well, such as Tower Square Hotel’s plan to return the Marriott name to its complex.

“I think one of the good things about new properties coming into the market is it keeps everybody in a position of having to keep up,” she said. “You’ve got to be reinvesting in your property and making changes; it’s survival of the fittest.”

As part of her role in recruiting conventions to the region and guiding them through the process (more on that later), Szenda also works directly with hotels, asking them to quote rates and block off a certain inventory of rooms, sometimes three years out.

“What the hotels give back depends on where they’re located, what other business they have, and whether they want to roll the dice and let other hotels get the group business,” Wydra said. “They might say, ‘I don’t want that. I’m going to roll the dice and see if I get the leisure visitor.’ They can charge leisure travelers a higher rate — because Alicia’s going to beat them up and say, ‘I want the best rate I can get for my group.’”

Besides attractive hotel rates, the GSCVB might find local ties to entice a convention group, Wydra said, giving the hypothetical example of bringing in a convention of railroad hobby enthusiasts and trying to set up a tour of the CRRC rail-car manufacturing plant in Springfield. “We try to tie in local business with the groups that we have.”

But there’s far more to the equation, Szenda noted.

“Some groups come to me and say, ‘this is everything I need.’ But a lot of groups I work with don’t have that. It might be their turn to host, and they’ve never planned a national convention before. I sit with them and go through everything they need. Then I send those leads out to our members. Depending on what they need for space, the lead could go to Eastern States, or the Mullins Center, or the MassMutual Center, all three.”

Then she gets to work finding the aforementioned local connections, setting up reasonably priced hotel options, and assembling tourism information about the region.

“Really, it’s the destination a lot of times that’s going to sell that piece of business,” Szenda said, “because you’re trying to convince that one person to bring thousands of people here. They have to make sure each person has something to do that interests them. And, once we win that piece of business, we continue to hold their hand through the process.”

“I think one of the good things about new properties coming into the market is it keeps everybody in a position of having to keep up.”

Part of that is a hospitality program that many similar-sized cities don’t offer, she said, which includes everything from airport pickups and hotel greeters to downtown maps and goodie bags.

“A lot of the business we get is repeat business because we’ve done a good job from the very beginning — meeting them, listening to what they need, giving them what they need, and holding their hand until the event occurs,” Wydra said. “And while the event occurs, we don’t disappear. Even with groups we’ve hosted for years, we never want to rest on our laurels and say, ‘well, we’ve got them.’ It’s a very competitive business, so we want them to know how much we appreciate they’ve selected Western Mass.”

And it’s not just repeat business from that convention group at stake, she added. Oftentimes family members tag along, extending the trip with some family time.

“You never know which of those participants might want to come back,” Szenda said. “They might belong to another association and want to bring a group here or come back with the family. A lot of people to do that.”

It’s always interesting to see what impresses event planners, Wydra said. Once, Springfield was competing with a city in New Hampshire, and when the group heard that welcome signs would be hung downtown, it was a game changer. The planner had previously walked the streets of unfamiliar downtowns, getting permission as she went to tape up handmade signs.

“She didn’t want to do that; she had a day job,” Wydra said. “The minute we take that out of their hands, make it easy, the results are often good for us.

“We work hard to get the groups, so at the very least we want to keep them,” she went on. “We want repeat business. Alicia loves when someone signs a multi-year contract, and we can count on them for years to come.”

If Tower Square does bring back the Marriott name — and makes the upgrades required to do so — that will be another note of progress for the region’s expanding hotel scene, Wydra said.

Greater Springfield is a brand of sorts, too, even though it can be a tough sell during the winter, which is why events like the recent AHL All-Star weekend are so desirable, driving room nights during a challenging time of the year for the hospitality industry.

But there’s still plenty of room for hotels to flourish, Szenda said, as evidenced by the challenge of cobbling together enough rooms when multiple conventions and event planners want to swoop in during the same weekend — typically between spring and fall.

“During the summer months, we do quite well on weekends, with Six Flags and other activities,” Wydra said. “It’s always midweek that we’re trying to find business, and especially in the winter.”

But a rising tourism brand, buoyed most recently by MGM Springfield — and increased convention volume, much of which promises to become repeat business — is certainly changing the demand picture for the better. 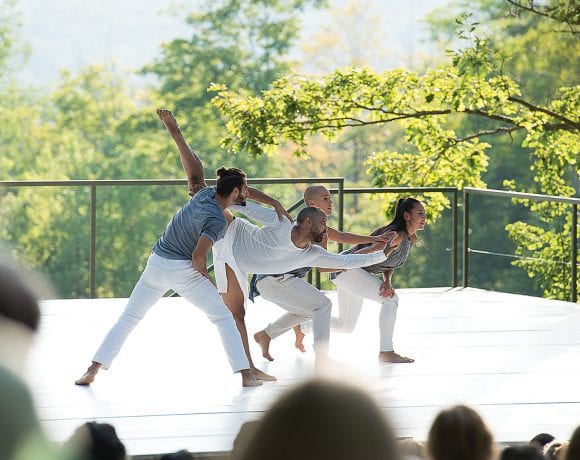