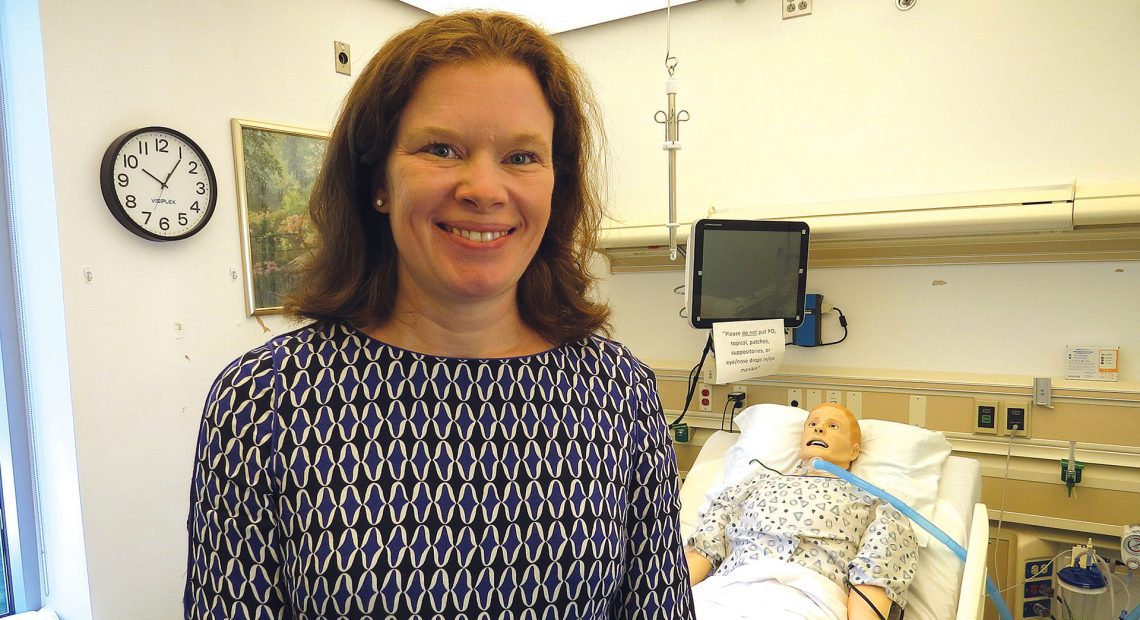 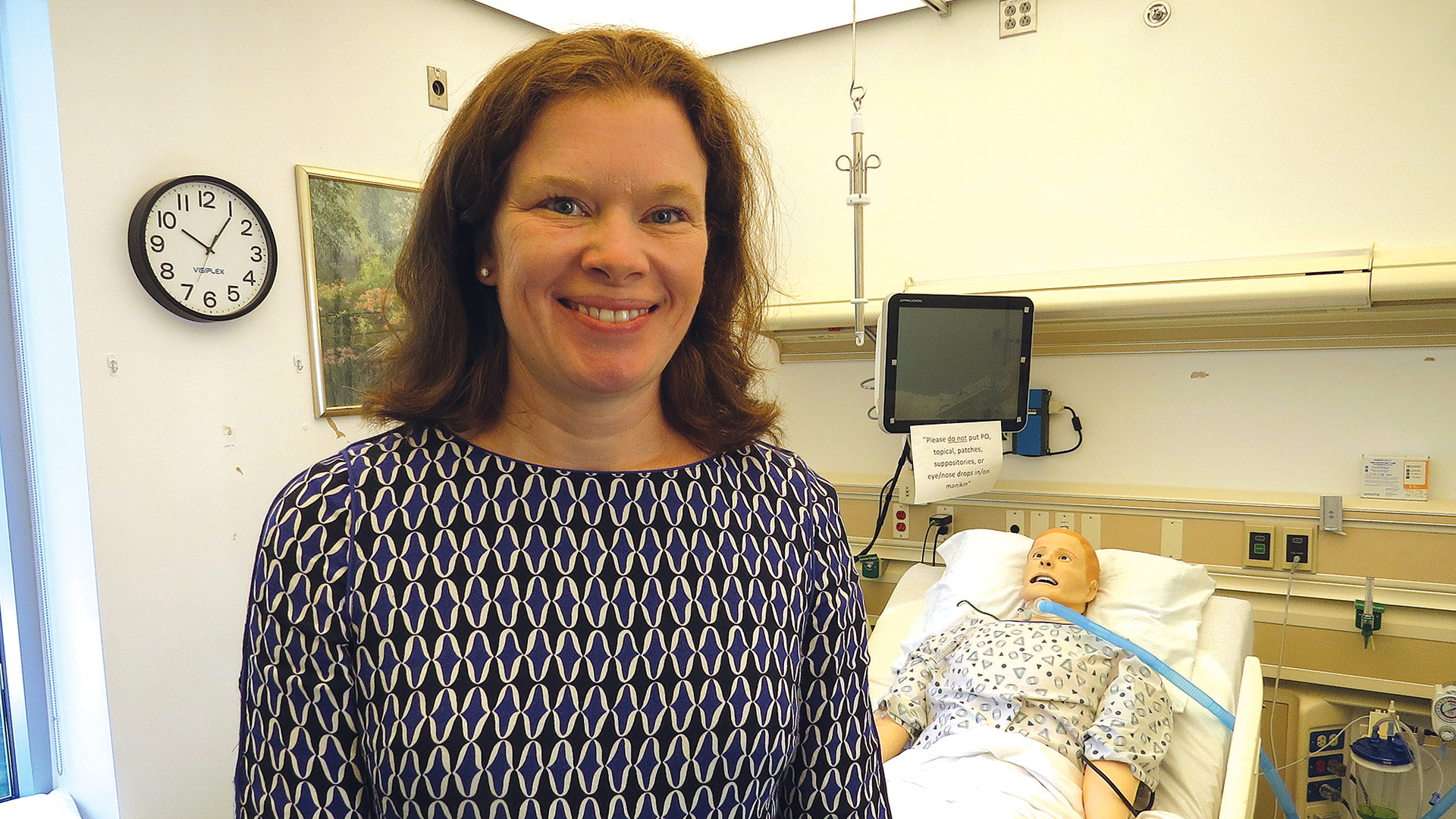 Allison Vorderstrasse says the $21.5 million gift from the Marieb Foundation will allow the nursing program to move forward with its mission more rapidly.

Allison Vorderstrasse acknowledged that this is a powerful word with specific meaning; it is not, or should not be, used arbitrarily.

But when it comes to the $21.5 million donation from the Elaine Nicpon Marieb Foundation to UMass Amherst, and, more specifically, its College of Nursing — the largest single gift ever given to the school — that descriptive adjective certainly fits.

“We know that, in order to transform care, we must first transform education,” said Vorderstrasse, dean of the school of Nursing, noting that the school will now bear the name of the woman who graduated with a master’s degree from the program in 1985 and passed away in 2018. “As a center of discovery — and true to our namesake — the Elaine Marieb College of Nursing will inspire individual and collective growth as we help prepare tomorrow’s leaders and advance the field.

“This gift will support multiple areas of our mission that align so well with Elaine Marieb’s legacy,” she went on. “It will certainly allow us to move forward in those areas in a more rapid fashion than we could without it.

These areas include the university’s Center for Nursing and Engineering Innovation, said Vorderstrasse, adding that the gift will also impact how the school delivers its curriculum and programs, enable enhanced use of simulation, and, perhaps most importantly, put more nurses in the pipeline at a time when they are desperately needed.

“There is a demand for nurses, obviously, and for us to be able to provide a program that can facilitate nurses coming into the profession, especially here in Western Massachusetts, where we’ve seen an even more dramatic nursing shortage, is an important part of our mission.”

When asked about the gift, how it came about, and what it means for the university and its Nursing program, Vorderstrasse started by talking about the message it sends and the trust it implies, something that’s very important to her. 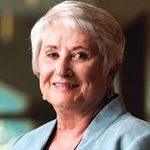 “What was really exciting to me was the enthusiasm at the foundation about honoring Elaine Marieb’s legacy in this way, and the faith and the trust that they had in us as an institution and a college to really make this gift transformative,” she explained. “They truly felt that the work we were doing was innovative, exciting, and, in many ways, unique, and this meant it was a good fit with her legacy and that they would see the impact of that gift. It was very exciting to hear the degree of enthusiasm that they had for what we do.”

For this issue, BusinessWest talked at length with Vorderstrasse about the many ways her program, and the university, intend to honor that trust and put this gift to work in ways that have far-reaching implications.

The gift from the Marieb Foundation, announced on Sept. 16, is only the latest significant donation to come to UMass in recent months.

It comes after a $50 million gift from Rob and Donna Manning aimed at increasing access and opportunity across the five-campus university system (see story on page 28), and a $170 million gift from the Morningside Foundation to UMass Medical School, further positioning the university as a leading public education institution in the nation.

Together, these donations provide growing evidence that the system and its individual programs are growing in stature and reputation and are “well-positioned to advance education, research, and access for students at scale in the Commonwealth,” said UMass President Marty Meehan in a prepared statement.

Vorderstrasse echoed those sentiments and noted that this latest gift — again, the largest ever given to UMass Amherst — creates more momentum, enthusiasm, and exposure for the school at a pivotal time in its history.

“It’s such an exciting time for the whole university to see this come in,” she said, “because it says that the foundation and others who have been good friends of the university for a long time really do feel that this is a pivotal time to support UMass.”

Meanwhile, the $21.5 million gift is only the latest of many from Marieb and the foundation she created to area schools. Previously, she had made gifts of more than $2 million for campus-wide scholarships at UMass Amherst. She and the foundation have also made several gifts to Holyoke Community College and its Center for Life Sciences, which now bears her name.

Marieb, a Northampton native, died in 2018 at age 82, and ranks among the nation’s most influential nursing educators. As noted, she earned a master’s degree from UMass Amherst’s College of Nursing in 1985 with a specialization in gerontology. Prior to that, she received a Ph.D. in zoology from the College of Natural Sciences at UMass in 1969. She also held degrees from Holyoke Community College, Fitchburg State College, Mount Holyoke College, and Westfield State College. Her distinguished career included time teaching at Springfield College and Holyoke Community College.

Ultimately, Marieb became the author or co-author of more than 10 bestselling textbooks and laboratory manuals on anatomy and physiology after she started writing textbooks to address complaints from her nursing students that the materials then available were ineffective. Her work has been read by more than 3 million nurses and healthcare professionals practicing today.

Marieb’s impact on nursing education will only become more profound with the foundation’s latest gift, said Vorderstrasse, adding that it comes after six to nine months of collaborative discussions with foundation leaders about nursing education, the UMass program, and its mission moving forward.

In many ways, the nursing engineering program, launched last January, became a catalyst for the gift. Seed-funded by other donors and friends of the School of Nursing, the initiative was conceptualized to support graduate students in their research training and experience at UMass across various disciplines, Vorderstrasse explained.

“It functions at that nexus of healthcare, engineering, and healthcare professionals, especially nurses, and the development and application of new technologies or even existing technologies — how we apply those in an ethical manner and develop them in such a way that takes into consideration patients and the people who will use them, as well as nurses who are on the front lines using these technologies.

“We hope that it will evolve into a center that collaborates not only on our campus, but with industry partners, because Massachusetts is a hub for healthcare technology,” she went on, adding that the grant from the Marieb Foundation will fund research at the center, especially new initiatives and pilot programs that need seed funding to get off the ground.

Meanwhile, the gift will be used to help expand the nursing programs and put more nurses into the pipeline, she said. Plans call for student scholarships to be expanded to improve access for underrepresented students, and to link scholarships to academic and professional success.

Elaborating, Vorderstrasse said the traditional bachelor’s-degree program graduates roughly 65 students each year and sees more than 2,000 applicants for those seats.

Expansion of that program will be incremental, perhaps eight to 10 students at a time, she told BusinessWest, adding that a program like this cannot, and should not, double in size overnight. But over a period of years, growth can be achieved that will make a significant impact in the number of nurses entering the field.

Growth is also projected for what’s known as the second-degree nursing program, for individuals who have a degree in another field and want to venture into nursing, said Vorderstrasse, adding that this program currently graduates roughly 90 students each year.

Getting back to the word transformative, it is saved for those occasions when someone or something can bring about profound, meaningful change.

The someone in this case, Marieb, has already done so much to change the landscape when it comes to nursing education. The something is a gift, the latest of many, that will accelerate the pace of growth and progress for the Nursing program and enable more people to earn degrees there.

As Vorderstrasse said, that adjective ‘transformative’ certainly fits in this case. 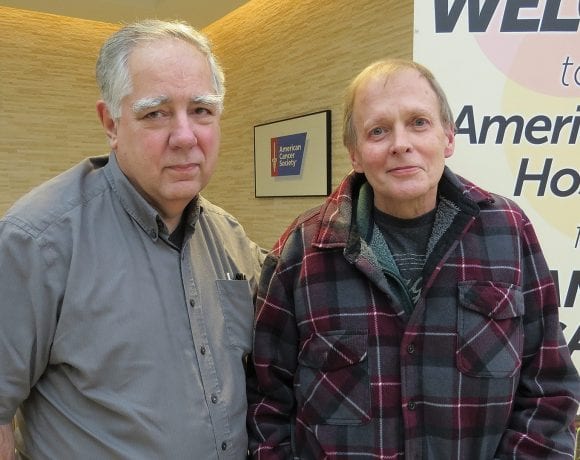 These Volunteers Are Driven 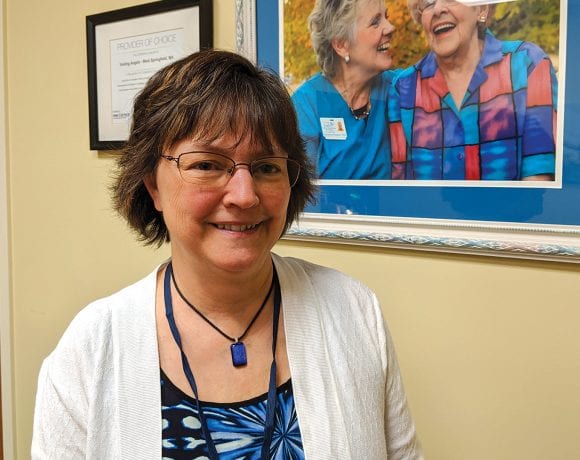 Home Care Grapples with the Challenges of an Evolving Sector