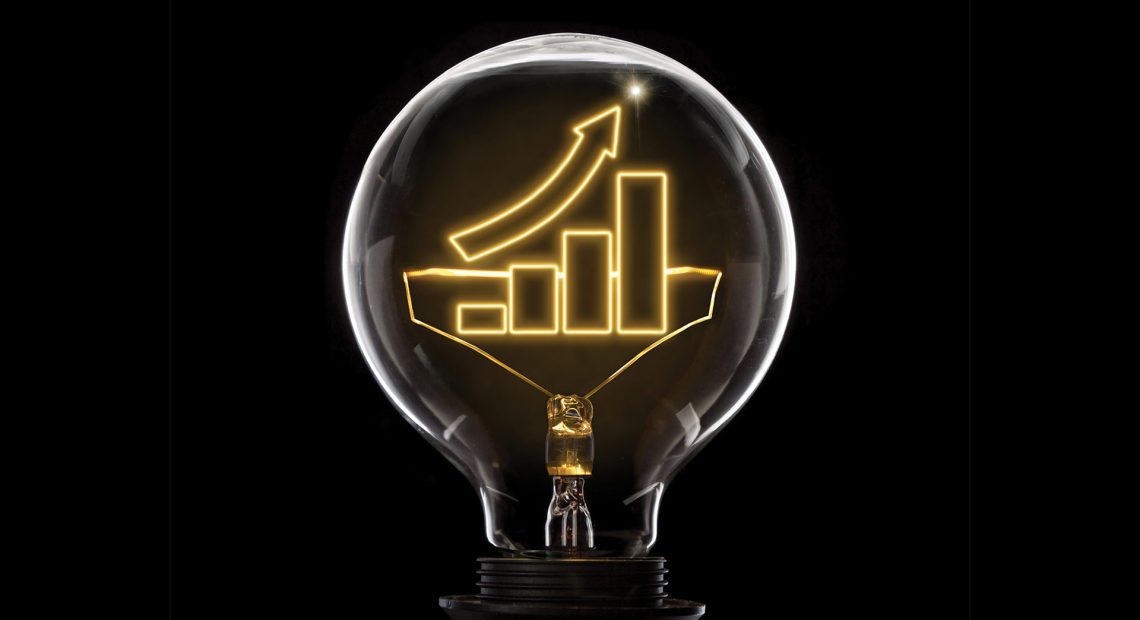 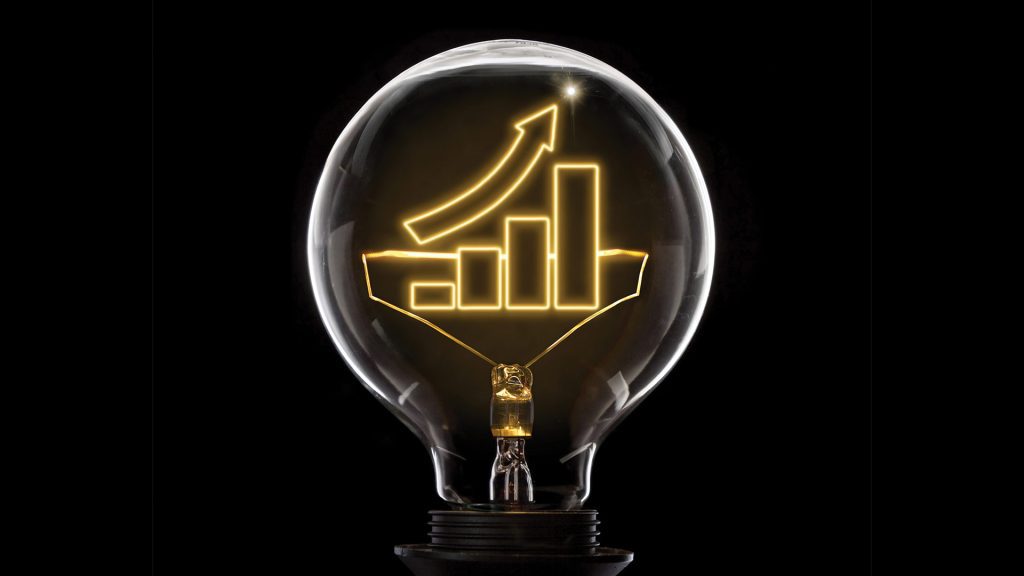 The University of Massachusetts Donahue Institute (UMDI) turned 50 in 2021. It was a milestone, like many, that was marked in quiet fashion, and in this case, very quiet, because of the pandemic.

The actual celebration, in the form of an anniversary gala, came this year — May 3, to be precise. More than 150 people attended the event at the UMass Club in Boston, a gathering that offered UMDI and its supporters the long-awaited chance to reconnect, meet new people, and celebrate.

And there was, and is, much to celebrate.

Indeed, charged with social service, economic development, and community engagement, the Donahue Institute interfaces with many aspects of life in Massachusetts and beyond. In fact, UMDI has received global recognition for its economic research, program-evaluation capabilities, and workforce and educational initiatives.

Anticipating almost $25 million in revenues for fiscal year 2022, UMDI has about 175 employees with staff across the country, including all six New England states, Southern California, and Arizona. UMDI operates like a consulting firm, with 98% of its revenues being self-generated.

At the gala, recently appointed Executive Director Johan Uvin offered what amounted to a state-of-UMDI address, and in a Zoom call with BusinessWest that involved several leaders of the institute, he did the same, highlighting what’s changed over the years and, perhaps more importantly, what hasn’t for this vital resource.

“As someone coming in from the outside, this is a solid model — it’s not broken,” he said of the institute’s method of operation. “The Donahue Institute has the autonomy and intellectual freedom to pursue work that is meaningful to society but that also aligns with its mission and capabilities.”

Over the years, that work, has come in a variety of forms, including everything from housing to the national Census; economic data and ways to measure it, to office automation. And the institute’s work has often to led to changes in how things are done and how issues are addressed. 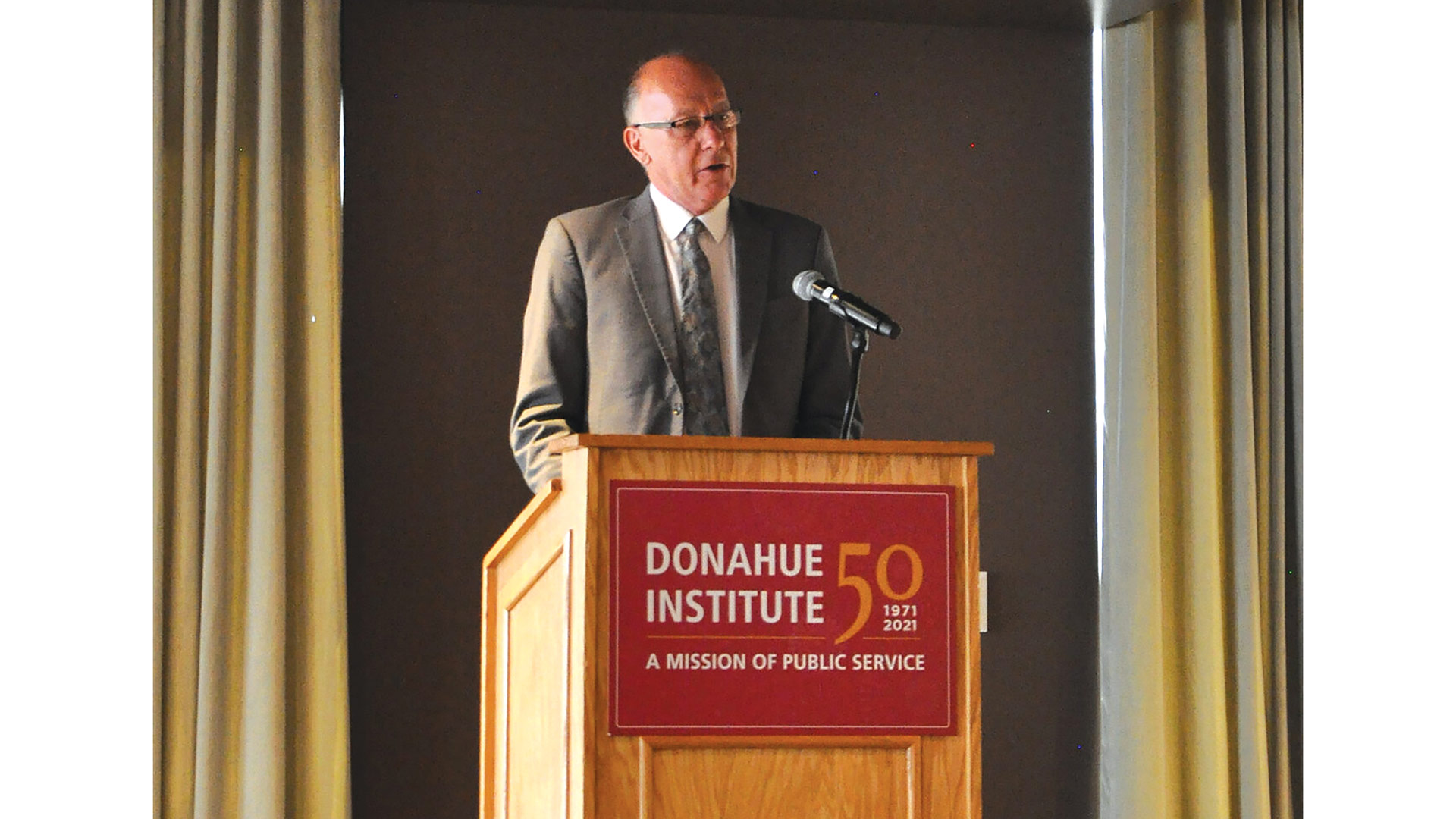 Slicing through it all, Mark Melnik, director of UMDI’s Economic and Public Policy Group, used terms not often applied to such an agency.

“We’re a dynamic organization, especially for a public-service institute,” he told BusinessWest. “While entrepreneurial mode can be exhausting, it allows us to push corners.”

This unique blend of public service and entrepreneurship provides the institute to recognize and seize what he called “opportunities that just make sense.”

For this issue and its focus on innovation, BusinessWest looks at these opportunities while reviewing the institute’s first 50 years of work and asking UMDI’s leaders what will likely come next.

In the beginning, the Donahue Institute focused on providing consulting services to state and local governments. Named for former president of the Massachusetts State Senate, the late Maurice A. Donahue, UMDI branched out in the mid-1980s by helping clients in the corporate and nonprofit sectors.

According to J. Lynn Griesemer, who served with UMDI for 31 years, including several as president, and still acts as a senior advisor, a breakthrough assignment in the early days of the institute was to assess how to most effectively introduce office automation into workplaces. While automation is incontrovertible today, back in the paper-laden manual task days of 1970s office life, the project was just one of many groundbreaking concepts the institute would help launch.

Another early assignment that would shape the future of the institute involved improving floor operations at the General Motors assembly plant in Framingham. However, while the project was underway, the plant began laying off shifts — but UMDI was already there as an implant that was well-positioned to lend a hand. Shifting focus, the institute helped the newly dislocated workers create resumes, get additional education, and ultimately find jobs or even start businesses of their own. Through this fortuitous timing, the institute quickly became the largest services provider to dislocated workers in the Commonwealth. 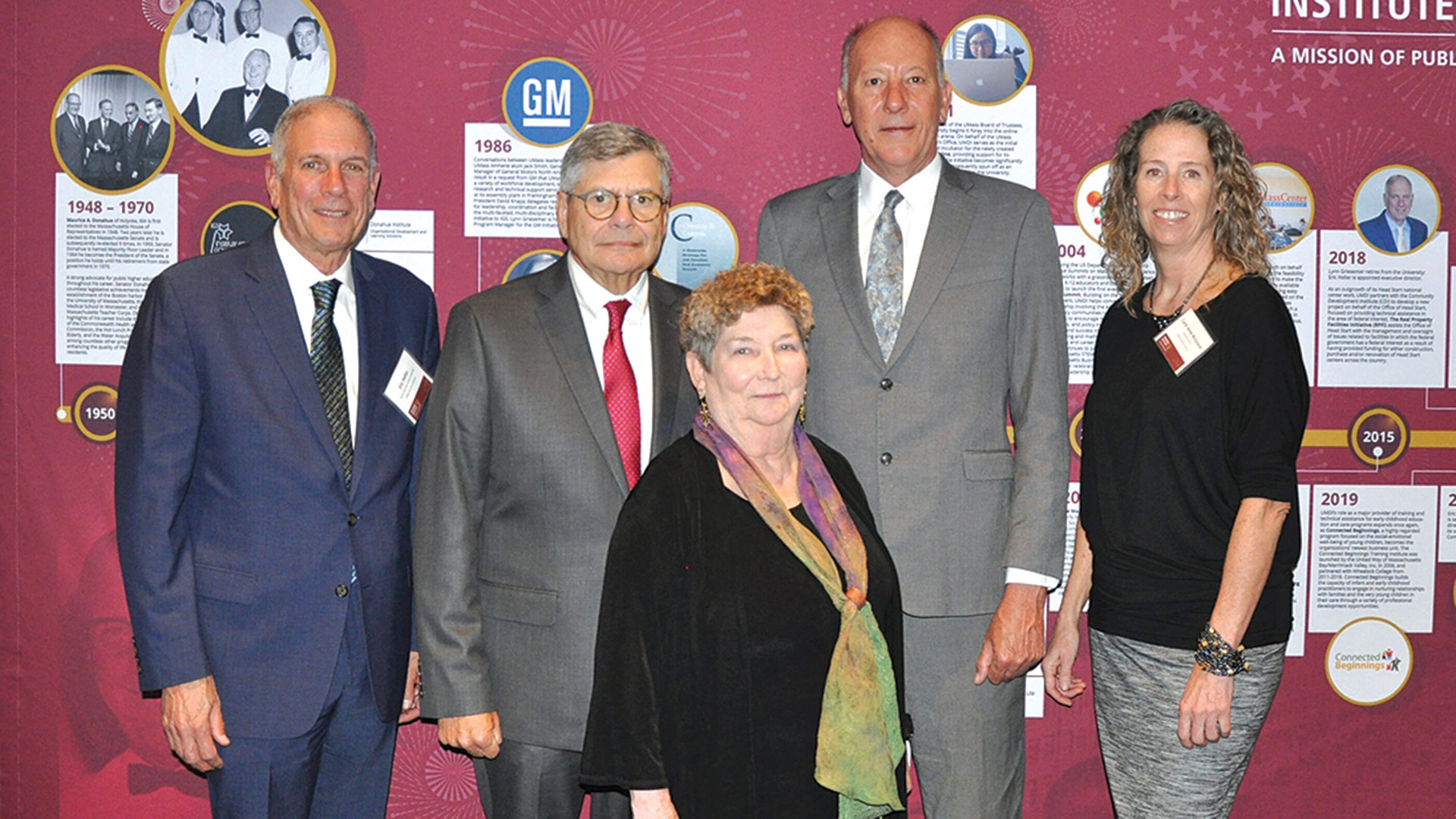 The federal government’s Department of Defense would then present the institute with an opportunity to help make systems uniform across military branches. This project allowed UMDI to develop the national credibility to successfully bid on the Head Start program, one of its core initiatives to this day.

From there, former Massachusetts Governor William Weld asked the UMass President’s Office to assist with an economic development initiative for the state. With the help of economic experts from across the UMass campus, UMDI worked with the Federal Reserve Bank of Boston to forge the MassBenchmarks project. To this day, MassBenchmarks assesses the Massachusetts economy through reports and analyses that it then produces and releases twice per year in journal form.

These early projects laid the groundwork for UMDI to get approved as a vendor by the federal government’s General Services Administration (GSA). This designation allows the institute to bypass the lengthy bidding process usually required to win large federal contracts.

Indeed, the institute’s keen eye for evaluating opportunities and strategically selecting those that will open doors has built the solid foundation it now stands on.

Today, the Donahue Institute is comprised of 10 business units. However, despite the ever-growing diversification of its core capabilities, a vibrant and robust research component remains at the backbone. This includes both UMDI’s Applied Research and Program Evaluation unit and its Economic and Public Policy Research group, led by Melnik.

“Housing is the most central public policy question when we talk about Massachusetts.”

One current project examines how to leverage new apprenticeship models to minimize employee retention challenges. Another potentially groundbreaking study involves using data gathered for COVID-related purposes to develop new and more affordable ways of providing healthcare services to consumers instead of funneling people into highly complex systems that they have to navigate on their own.

A core assignment for Melnik’s group is its work with the Secretary of the Commonwealth preparing for census enumeration, which is the basis for federal funding allocation and congressional seats. With help from UMDI’s population- estimates program, the state’s census data is head of class in the nation. This is especially noteworthy since census data is relied upon heavily for resource allocations and predicting where jobs will be. It also informs decisions around population projections used by the MassDOT and Mass. School Building Authority for school district planning.

The group’s portfolio also includes a two-phase initiative with Way Finders that uses Greater Springfield as a case study on housing market affordability. With a focus on upward mobility and wealth creation, the study seeks to answer what it’s like for low- to moderate-income families to live in a high-cost state.

“Wages are so much lower in the Pioneer Valley that more than 54% of renters are housing cost-burdened,” Melnik says. Additionally, the majority of those burdened are people of color.

“Housing is the most central public policy question when we talk about Massachusetts,” he explains. This is because it tells the story needed to inform public policy, including the future of transportation.

Another of the institute’s long-term projects is the Head Start program, which it has been involved with since 2003.

UMDI’s New England Head Start Training and Technical Assistance group is co-directed by Rosario Dominguez, M.P.A. Dominguez says that when people think of the Head Start program, early childhood education is often the only thing that comes to mind. However, that barely scratches the surface of what the program does, as it begins at pregnancy and continues to support families through college.

With this long-term intervention approach, the program addresses intergenerational poverty by using what goes on in the classroom as a lens for examining how families can reach their financial goals, ultimately strengthening entire communities. Through the partnerships it forms, the program has the reach to solve issues much larger in scale than early childhood development, including informing policies that move social equity and upward mobility forward by helping education and social service organizations improve their systems.

Beyond its regional and national footprints, Ken LeBlond, Marketing Communications manager, said UMDI also handles international work. Funded by the United States Department of State, the institute has contributed to economic mobility at the global level since 2004.

This includes its exchange program in which groups of 20-30 people from about 60 countries, such as Argentina, Pakistan, and Eastern Europe, come to Western Massachusetts each summer. The groups travel the region engaging in active learning, helping at the Amherst food bank and senior center, and working on river cleanup projects.

In August 2021, the Donahue Institute welcomed Uvin as its executive director. Uvin had previously served as assistant secretary of Education under the Obama Administration. Working alongside Associate Director Carol Anne McGowan, Uvin holds the distinction of being the institute’s first executive director to be hired externally.

When asked what is ahead for UMDI, Uvin talked about alternative models for providing health care and exploring different educational models in challenged communities to lift entire neighborhoods through training and interventions.

Additionally, Uvin is interested in looking at both the supply and demand sides of regional economies to shape how employers and individuals work together to create wealth.

He explained that the engagement process might begin with going into neighborhoods and asking, ‘what are your aspirations?’ This is important because, according to Uvin, “we are moving headlong into a labor shortage with the babyboomers retiring,” making it critical to have intentional conversations around economic development across many different populations.

While this may be a current focus for UMDI, these issues are not new to the Pioneer Valley, where economists and policymakers have been wrestling with similar challenges for decades. Uvin says that while high-tech industry sectors have grown across the state, it has not been an equitable geographic or demographic spread, with Gateway cities such as Springfield and Holyoke — where nearly half of the region’s minority population lives — being left behind.

Part of Uvin’s vision for the future is to explore work in sectors such as life sciences, which play a key role in the success of Central Massachusetts’ biotech manufacturing and Greater Boston’s R&D and lab-based growth.

This, he says, would involve lifting up underserved communities, which is critical because, on the business side, there are simply not enough workers to grow unless we find ways to include all populations. Representation of people of color in the best-paying jobs of the higher-tech sectors lags severely. In terms of where UMDI is at this point in contributing to solving inequities that plague underserved populations, he says they are in the discovery phase, talking to others on the grassroots level.

As for the future, the institute is positioned to make great strides. With an executive director from the outside, a new perspective brought on by the COVID pandemic, and an impressive 50 years of success to build from, the institute is at a nexus for bringing widespread change to the communities it serves.

“It’s an exciting time for reflection and renewal — to articulate what has happened, organically anyway, through the COVID crisis, which is the discourse around social equity and social mobility,” said Melnik. “This has been part of our work for a while now and has bubbled up even more.”

In reflecting upon how the institute has evolved over the past fifty years, Uvin and others said it is also important to highlight what hasn’t changed, especially the institute’s model and entrepreneurial approach to its work.

Dominguez adds that what was once called public service has evolved into economic mobility and social equity.

“Although we are further defining what we do, our core values will always be the same,” she said. “How can our work impact communities in need? That’s the core — and that won’t change.”

Perhaps what will carry the Donahue Institute forward another 50 years will be that which has stayed the same — a solid culture, a public service-focused mission, and the keen ability to find opportunities that align with core values while also having the potential to open doors. 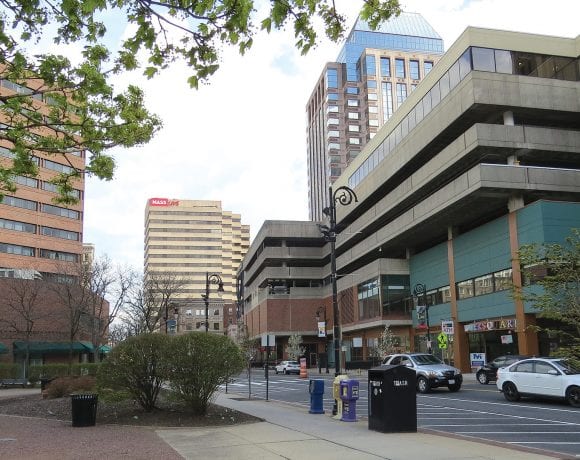