What Does Biden’s Decree Mean for Small-business Owners?

The EO on PLAs

Keeping his promise of being “the most union-friendly president in American history,” President Biden and his administration issued Executive Order (EO) 14063, which mandates project labor agreements (PLAs) on “large-scale construction projects.” 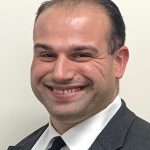 A project labor agreement is a collective bargaining agreement between a contractor and the building trade union. A large-scale construction project is one within the U.S. that has an estimated total cost of $35 million or more, and usually refers to construction, rehabilitation, alteration, conversion, extension, repair, or improvement of a ‘vertical public works’ project. Famous examples of large-scale construction projects that were governed by PLAs include Disney World, the Kennedy Space Center, and Yankee Stadium. The EO is estimated to impact more than 200,000 workers and $262 billion in federal funding. For those in the industry, you should become familiar with the PLA.

PLAs are negotiated before any workers are hired, and they establish the terms of employment on a project, including wages, hours, working conditions, and dispute-resolution methods, among other things. If a business is unionized, the PLA must coexist with the business’ existing collective bargaining agreement. Biden’s EO contains several additional requirements of PLAs going forward. For example, all contractors and subcontractors related to the project must be allowed to compete for work, unionized or not. In addition, these PLAs must contain mutually binding dispute-resolution provisions as well as provide alternative mechanisms for cooperation between labor and management.

But what does this mean for small businesses that are not unionized going forward? Maybe, not a whole lot of good. But that depends on your business model.

What is considered ‘small’ typically depends on what industry you are in, and could range from fewer than 500 employees or up to 2,500 employees, or even more. Essentially, you are a small business if you are a privately owned corporation, partnership, or sole proprietorship that has fewer employees and less annual revenue than a public corporation or regular-sized business. According to the Small Business Administration, the construction industry has one of the highest concentrations of small business participation, well over 80%. Some argue that PLAs put small non-union construction businesses at a disadvantage because they increase the cost of doing business. Considering the fact that most small businesses in the construction industry are non-union, PLAs put them at a great disadvantage.

While PLAs are often applauded by many labor analysts for creating long-term project stability, opportunities to include minority contractors and small ‘mom-and-pop’ contractors, and better training for workers, PLAs also increase the cost of construction by requiring payment of union wages to non-union workers, something greatly detrimental to the financial interests of small businesses that wish to partake in these construction jobs.

In addition, PLAs generally require non-union contractors to pay employee benefits twice — once to their employees and once to the unions that oversee the project, often making it too costly for non-union businesses to compete for these jobs in the first place. Non-union contractors often must pay into underfunded and mismanaged union pension plans, of which their employees wouldn’t see the benefits unless they joined the union. A small business must look at these costs associated provisions, among other things, to assess the risks and costs of entering into this type of arrangement. All businesses at all levels should make sure to do the short-term and long-term math before deciding whether to get into one of these arrangements.

It is important to note that the Biden EO does not require construction companies to unionize and does not apply to construction projects controlled by local or state governments, even if they receive federal funding. Nevertheless, the PLA mandate could be catastrophic for many small businesses, often touted by many politicians as the backbone of the American economy.

Alexander Cerbo, Esq. is an attorney who specializes in labor and employment-law matters at the Royal Law Firm LLP, a woman-owned, women-managed corporate law firm that is certified as a women’s business enterprise with the Massachusetts Supplier Diversity Office, the National Assoc. of Minority and Women Owned Law Firms, and the Women’s Business Enterprise National Council; (413) 586-2288; [email protected]