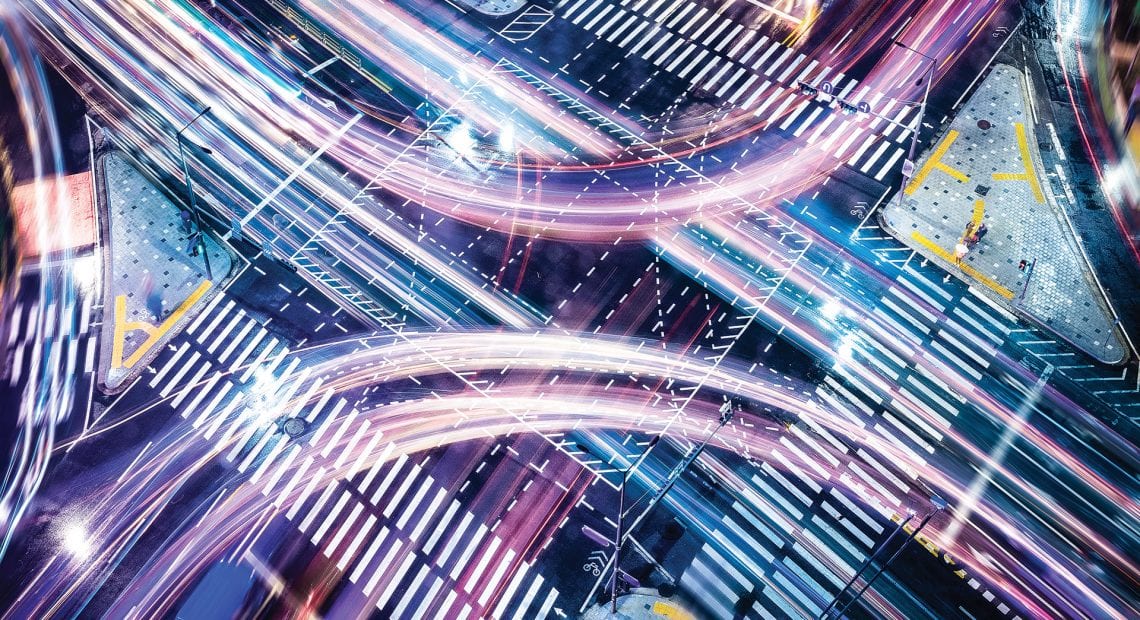 Why Electric and Hybrid Vehicles Are Gaining Traction 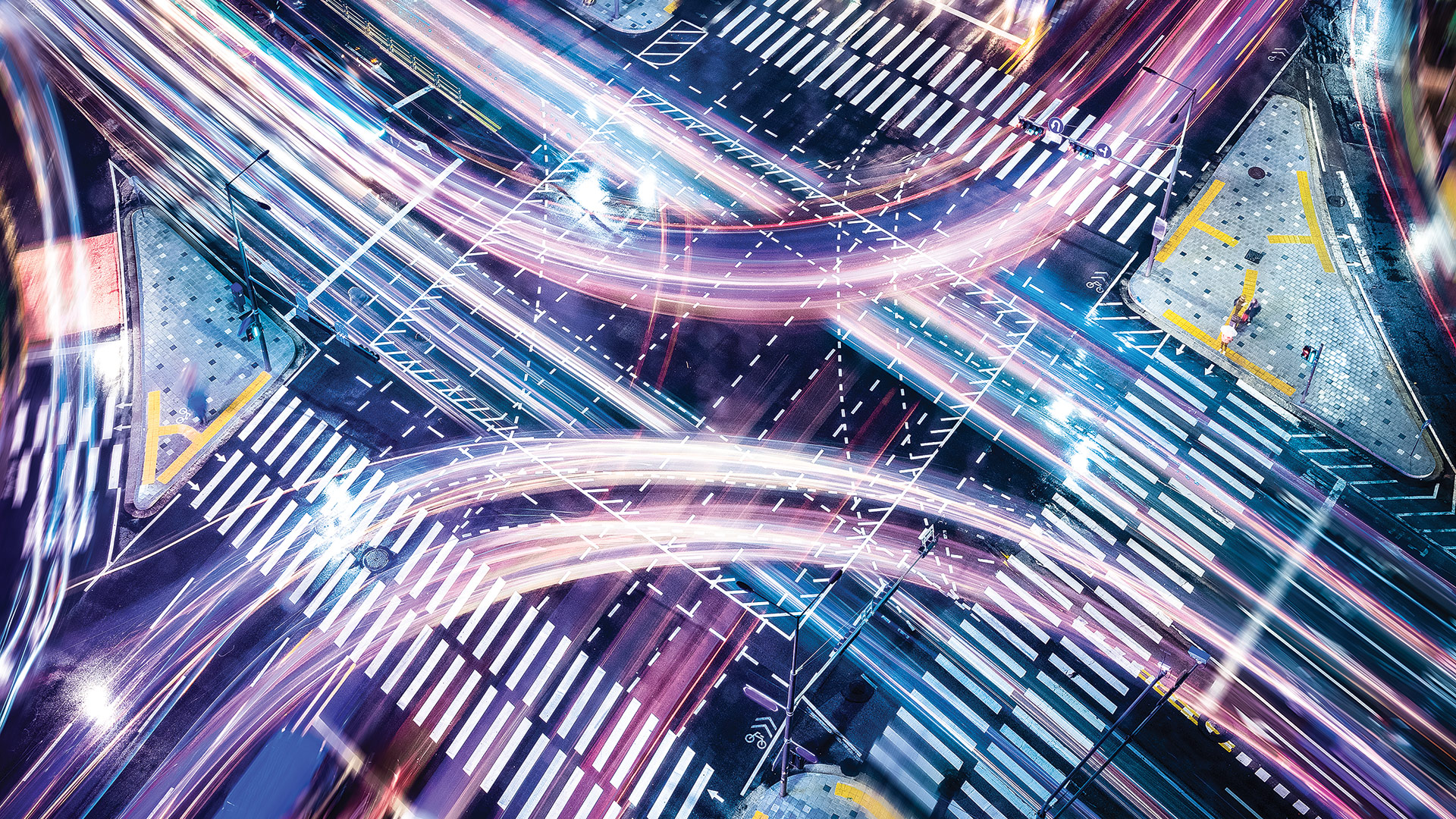 For years, people have been aware — at least vaguely — of the benefits of electric cars, especially energy conservation and savings on gasoline. But according to at least one survey, a general lack of awareness still surrounds these vehicles, especially when it comes to their often-surprising road performance. Yet, electrics and hybrids are gaining momentum, as evidenced by the number and variety of models being introduced to the marketplace — a group that might soon include larger SUVs and trucks.

Brian Ortega sees the connection between electric cars and energy conservation in general.

“They’re popular for a multitude of reasons,” said the product specialist at Balise Hyundai in Springfield. “One, a lot of people are making the transition to having solar panels in their home or making other changes to be a little more eco friendly. People are becoming more aware of climate change, and they want to switch to electric cars.”

But here’s what many drivers of gas-powered vehicles don’t know — people drive electric cars for the performance, too.

“With full electric, there’s a lot more torque,” Ortega said. “When you hit the pedal, there’s no gears, nothing but electricity hitting the car, so your takeoff and speed on the vehicle and ability to get out of snow is a lot better on an electric car.”

Since the days when the Toyota Prius was the only option on the electric market, he told BusinessWest, manufacturers have gradually improved the performance and pickup of electric vehicles, as well as hybrids, which tap into both electricity and gasoline (more on that later). And with Hyundai, Nissan, and a host of other names starting to roll a wider variety of electric and hybrid cars out of factories, they’ve been gradually improving ride quality as well.

“A lot of people have the stigma that it’ll only perform so well, but when they come from a traditional sedan and see that it performs at the same level or better, they are always caught off guard by that,” said Ortega.

“I think people are shocked when they get in the car and realize the pickup they have,” she said. “When consumers look at electric vehicles, they usually don’t expect them to be as responsive as they are or have the torque they have.”

Whatever the reason, she went on, “we see electrification becoming more popular among manufacturers. It seems everyone’s research and design are focused on electrification now, and they’re definitely becoming more popular with consumers, for a number of reasons. For one thing, I think consumers are now more environmentally conscious than in the past, so if vehicles offer zero emissions, that’s better for the environment and more efficient than internal-combustion engines. The other piece is that these cars are more affordable than in the past.” 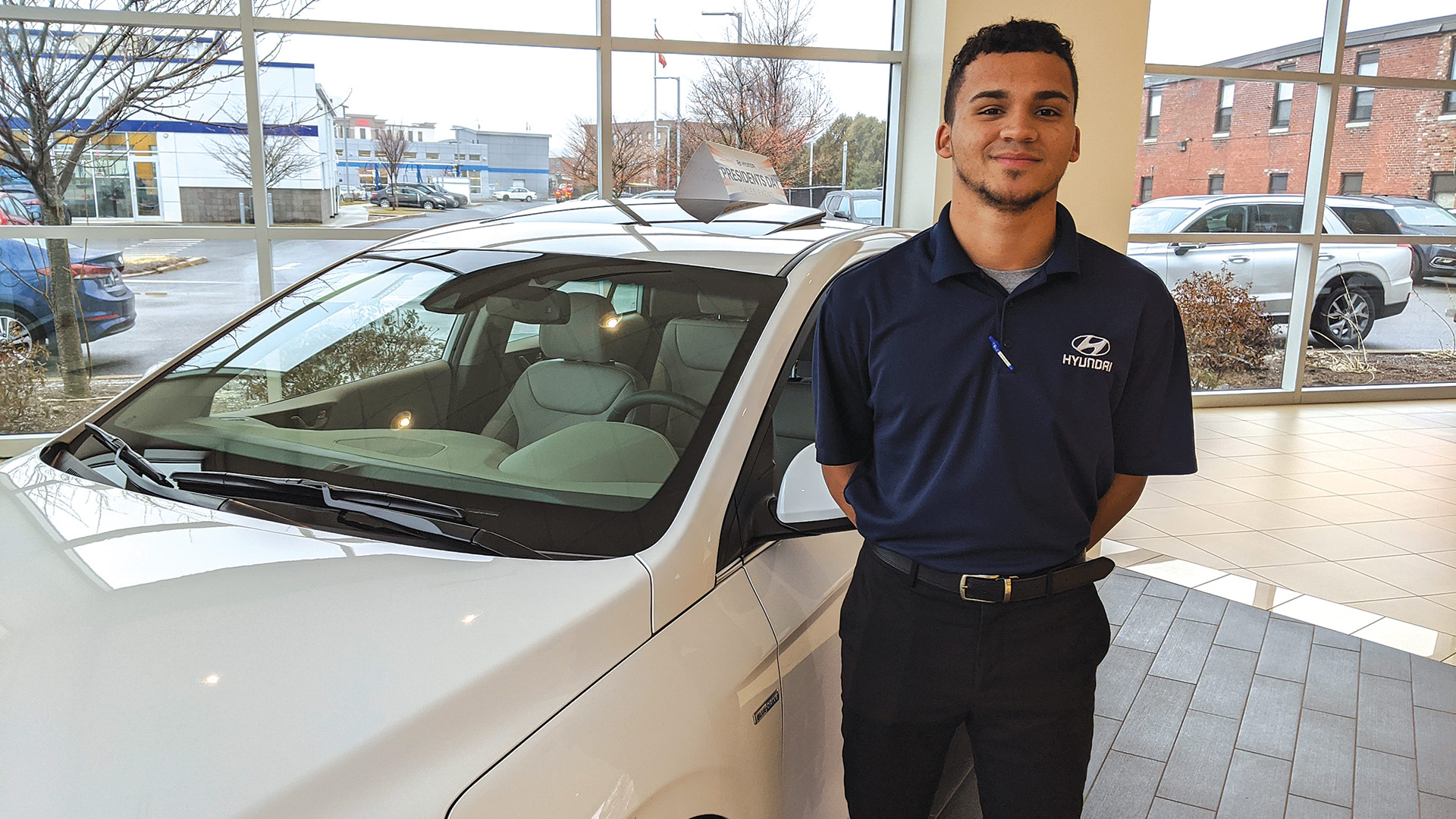 Brian Ortega says charging stations for electric cars are more ubiquitous than they think — and Hyundai has an app to help locate them while driving.

“It’s interesting — for a while, Ford and Lincoln dropped all of their hybrid vehicles, but recently they brought back numerous versions of hybrids, both plug-in and traditional hybrids. Lincoln has a plug-in version of the Aviator coming out called the Grand Touring model. That’s something like a high-end luxury vehicle, and with the plug-in version, believe it or not, it gets more horsepower and torque than a regular twin-turbo V6 that comes standard in that vehicle.”

In addition, Ford will soon launch the all-electric Mustang Mach-E, which Sarat said is a whole new entry point into electric vehicles — perhaps a hipper one.

“I think this vehicle — and I’ve seen it, I’ve sat in it — is really going to take the electric world by storm, and going to battle the likes of Tesla because it looks better than the Tesla, has better range, and it’s also probably a fraction of the cost, which is nice.

“I think, forever, the common thought about electrics and hybrids was that these aren’t exciting cars,” he added. “The Mustang Mach-E and Aviator Grand Touring, those are exciting vehicles with plenty of range. That’s what we’re seeing in the newer vehicles.”

To explain the difference between electric and hybrid vehicles, Ortega pointed out two that Hyundai sells: the Ioniq, a sedan, and the Kona EV, a small SUV.

The EV is strictly electric, while Ioniq has a plug-in hybrid and an electric hybrid,” he said. “With full electric vehicles, there’s only the charge, no gas. Hybrid is a mixture of an electric battery, electric drivetrain, and an actual gasoline engine. With the typical hybrid, you fill it up with gas, and it uses regenerative braking, so that, every time you step on the brake, it actually charges the hybrid battery, and gives you a little extra range in driveability. 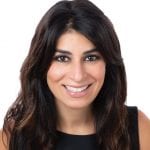 “I think people are shocked when they get in the car and realize the pickup they have. When consumers look at electric vehicles, they usually don’t expect them to be as responsive as they are or have the torque they have.”

The plug-in hybrid allows you to go a farther distance between the charge that’s on the car and the gasoline you put into it. So, with a plug-in hybrid, if you get 52 miles to the gallon on gasoline, you get 30 additional miles of range from electricity.”

Ford has long been a player in this market with its Escape hybrid, a small SUV. “We sold thousands of those,” Sarat said. “And we still have the Fusion Energi with the plug-in hybrid; we sell a lot of those.”

The tipping point for many people, he believes, will be the emergence of electric and hybrid trucks and larger SUVs. He said the hybrid Escape was discontinued for a time when the difference between its gas mileage and that of a gas-powered model was small — say, 33 miles per gallon versus 28. Now that hybrid SUVs get well over 40 miles per gallon, though, the difference is more likely to attract buyers, and Ford hopes that’s the case as it develops a hybrid Explorer.

“That will fit seven people and get 40 miles per gallon,” he said. “Everyone wants that.”

Cosenzi said some electric cars in her stores have sold well for years.

“The Nissan Leaf won a number of awards and was one of the top-selling electric vehicles for the past couple of years — and was one of the first electric vehicles on the market,” she told BusinessWest. “I think people are really excited about the range. They get over 200 miles per charge, so that’s really appealing. Other things put a customer at ease, too — you can save money on maintenance and gas, and the manufacturer supports the battery life of the vehicle; Leaf has an eight-year, 100,000-mile battery warranty.”

She also cited Hyundai’s Ioniq and Kona as popular sellers, as well as the Sonata hybrid. Volkswagen offers an electric Golf and is developing other electric models. And Volvo has the T8 hybrid and announced an electric XE40 SUV that will go on sale this year. And TommyCar just acquired a Genesis franchise, which will introduce an electric car this year.

In short, Consenzi said, electric and hybrid models are starting to proliferate, and that speaks to manufacturers’ confidence in their sales potential.

“I think, even when we talk about the next two or three years, you’ll see huge growth. From everything we hear from manufacturers, all the research and design is going into electrification.”

Long-term forecasts of electric and hybrid vehicles have fluctuated by year, but the national growth rate since 2013 still averages about 25% per year.

Several factors explain why growth isn’t even higher, according to a recent survey by research firm Altman Vilandrie & Co. of 2,500 American drivers. When asked what’s stopping them from buying such vehicles, 85% of respondents pointed to a perceived lack of charging stations, followed by cost (83%), and concerns over the range (74%). And 60% said they were simply unaware of electric cars.

Worries about range and charging-station location seem to go hand in hand, and manufacturers have noticed. Ortega said Hyundai has an app that connects with a car’s data screen — even if navigation isn’t installed — and points out all the charging stations in the area.

“Typically, you’ll always have one within two miles of where you are,” he noted. “Of course, on the highway, that’s where it becomes more spread out, but they tend to be readily available.”

Cosenzi added that today’s charging stations are much more efficient than they used to be. “People waited a long time for their car to be charged, but now it’s as quick as under 45 minutes for a full charge.”

As for cost, she noted that government rebates for electric vehicles are often aggressive, such as a $7,500 federal rebate and state rebates that vary by manufacturer, but tend to average around $2,500. “That’s quite an advantage for going electric, plus savings on gas mileage.”

Ortega agreed, noting that, after about $9,000 in rebates, drivers can lease an Ioniq for under $200 a month, no money down.

“It makes all the sense. It’s the cheapest lease you can get,” he said, adding that, “in the future, that’s going to be the route people go. You’ll have that performance as well as the savings. They’ll become more popular.”

The fuel savings, after all, remains a huge factor, Sarat said.

“My truck has a 35-gallon gas tank in it. I hate filling that up; it costs 75, 80 bucks. Nobody likes doing that,” he told BusinessWest. “Pretty soon we’ll have hybrid pickup trucks. To me, that’s exciting because I hate filling this gas tank. I like to be home at night, plug it in, and be done with it, and be able to go to work the next day or go skiing on the weekend.”

And maybe go a little easier on the environment, too.

The Time Is Right 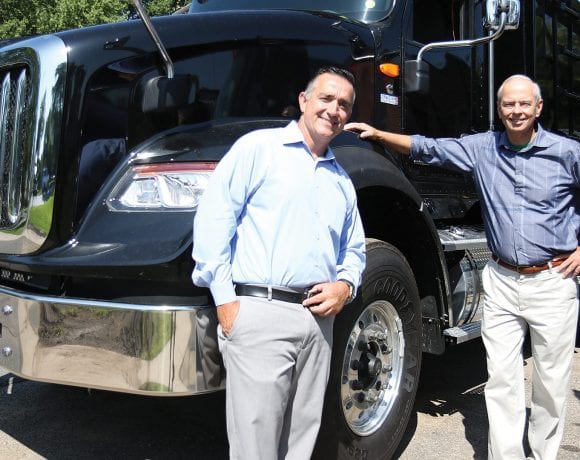