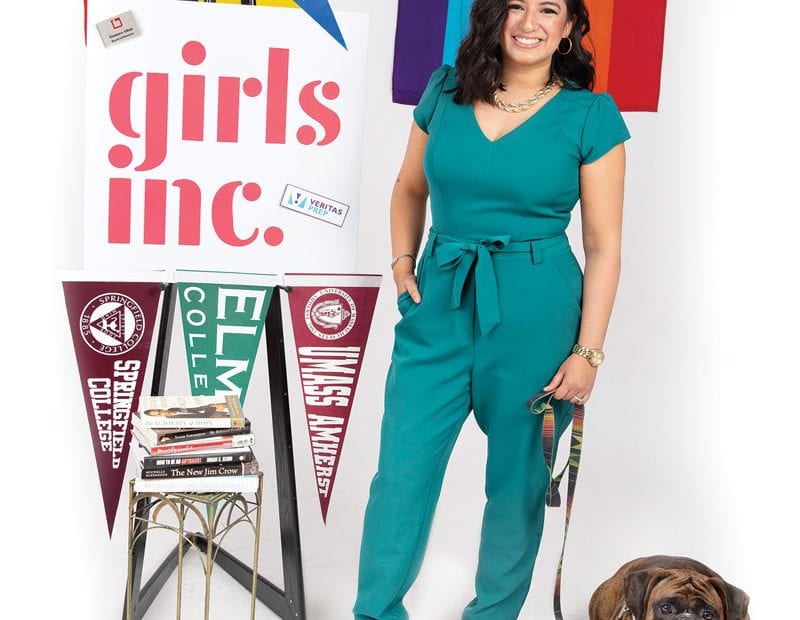 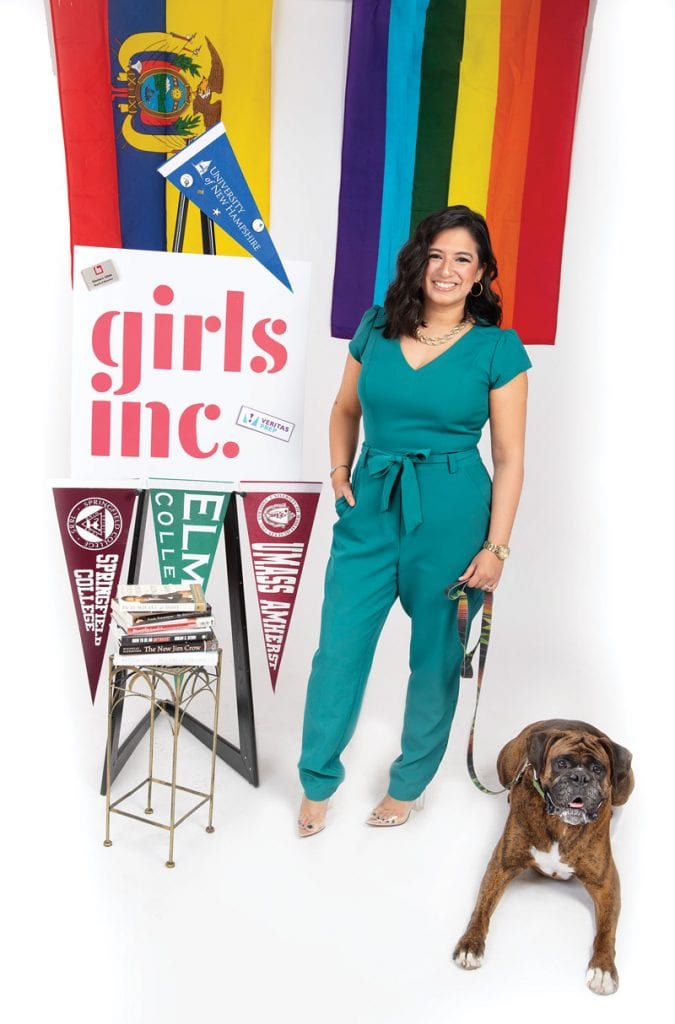 Xiomara Albán DeLobato had to pack up a lot of things for her 40 Under Forty photo shoot. She wanted to tell her story visually and explain what’s important her.

That’s Brody the boxer, her best friend, on the other end of the leash. That’s the Ecuadorian flag to the left; her parents emigrated from there to the U.S. And that’s the LGBTQ flag to the right, which represents who she is and symbolizes a core driver of the work she does.

The pennants? They explain where she works (UMass Amherst), where she worked previously (Elms College, Springfield College, and the University of New Hampshire), and where she’s earned degrees (Elms and UNH). There’s also signage for Girls Inc., which she serves as a board member and Development chair, and also as sponsorship chair of the agency’s annual Spirit of Girls event, as well as for Veritas Prep Charter School, which she’s a trustee, and the Springfield Public Forum, where she sits on the board of directors.

As for the books, they represent some of the reading she’s been doing when it comes to her work, which has also become … a passion.

Indeed, DeLobato is the first person to hold her job title at UMass Amherst — something that speaks volumes about the growing importance of this role — and it’s a title that effectively and succinctly sums up what she does.

There are many responsibilities attached to this position, but she smashed it all down to a simple and powerful sentence. “We want to create a sense of belonging.”

As she explained, “universities are seeing the need for their communities to be inclusive. It does take intentionality — you can’t just say, ‘we’re a diverse place and an inclusive place’ without mindfully and very intentionally creating spaces that are inclusive for all our students. We need to do our very best to make people understand that this is a place where they belong.”

This is the real meaning of diversity, equity, and inclusion (DEI) and the foundation of all of her work, which includes everything from developing strategic DEI goals to actively shifting the culture within the enrollment-management division to focus on DEI.

Yes, DeLobato had to pack up the car for her photo shoot. But, by doing so, she helped explain who she is — and why she’s a member of the class of 2021. 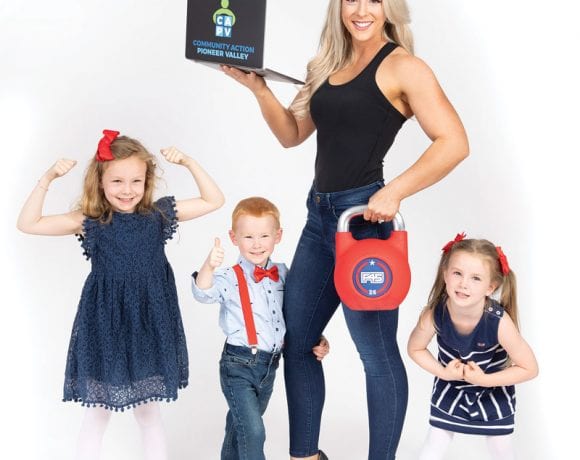